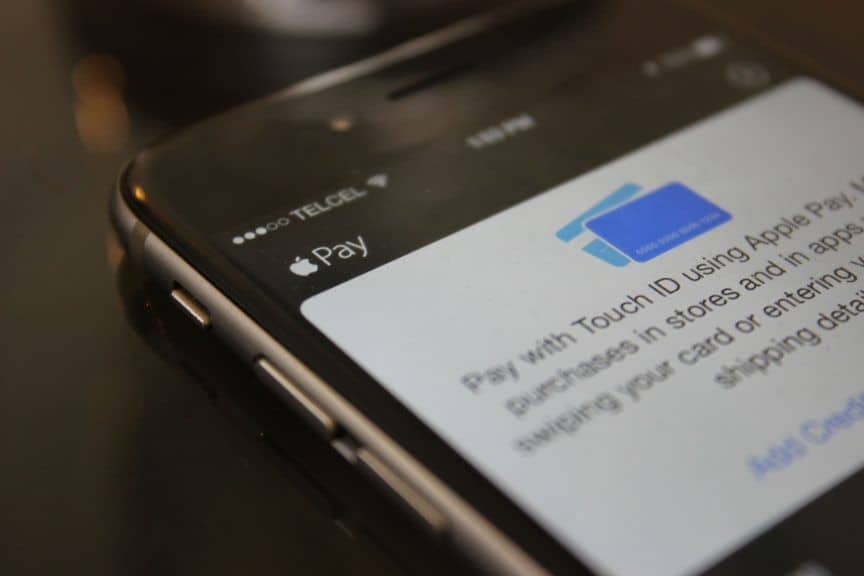 You know the scene. The cashier looks at you with that apologetic expression, the one that can mean only one thing: your card has been declined.

Whether this happens at a shopping mall in Tokyo, a hostel in Cape Town or a local bar back home, it’s enough to send anyone on a freak-out trip. Why has it been declined? Is it just the bank playing it safe, or has your card been skimmed and your account been home to unwelcome visitors?

Now imagine this problem gone. Apple has, and came up with its take on a solution: Apple Pay.

It looks like a dream, at least on paper. You place your trusty iPhone over a credit card reading device, and bam, payment done, safely, quickly and hassle-free.

Sounds too good to be true? Let’s take a closer look.

What Exactly Is Apple Pay?

Apple Pay was introduced in September 2014 at the launch of the iPhone 6, as a contactless payment system at several retailers around the US.

Apple Pay works just like a digital wallet. Users store credit and debit cards in the service, located within the Passbook app, by uploading a photo of the card or manually entering the information.

When the user wants to make a payment, it can be done by placing the phone on top of the physical reader in the store, or via the retailer’s app for online purchases.

The system uses near-field communications (NFC) technology, which connects to the card readers in the same way as other contactless cards. Apple, though, has taken it one step further through a measure called “tokenization”.

Instead of supplying your financial information directly to the retailer, Apple Pay provides a single-use key from a Secure Element (SE) chip to authorize the transaction.

Apple Pay is available in the newest Apple models: iPhone 6, 6S and Apple Watch can be used for both physical and online purchases.

The latest iPad models (Pro, Air 2, mini 3 and mini 4) also have the service and SE chip, but no NFC system. This means they can be used for online purchases, but not in physical stores.

Where Is It Available?

Apple Pay got its first taste of international travel in July 2015 when it launched in the UK,. Canada and Australia followed a few months later, and China a few days ago. Earlier this year, Apple announced a few more potential locations with Spain, Singapore and Hong Kong all in the works.

Why the delay? For Apple Pay to work, the company needs agreements with local banks and credit card providers, which isn’t an easy task.

For instance, whereas in the US and the UK several banks have partnered with Apple Pay, in the rest of the countries the system will only work with American Express cards (at least for now). China is the exception, where Apple Pay is only available to UnionPay users.

Does this mean that Apple Pay only works in the US, UK, Canada, China and Australia? Not necessarily: Apple Pay is meant to work with any contactless payment system that accepts tokenization.

So, if you are a US, UK, Canadian, Chinese or Australian Apple user, you can potentially go to any country that has deployed contactless payment, even if Apple Pay is not yet available there.

For example, you could go to the Czech Republic or Poland, and give Apple Pay a go in any store that accepts contactless payment. Chances are it will work, though having the physical credit card as a back up would be a smart idea.

The short answer to the question is yes.

First, the technology ensures the user’s financial information does not get passed on to the retailer. Instead, Apple Pay sends the card provider a one-time code from SE, together with the cost of the transaction and the retailer ID to ensure only they can receive payment.

Therefore, if the transaction was to get intercepted or the retailer database hacked, the only thing visible would be a bunch of transaction codes, instead of credit card numbers.

Second, for this transaction even to happen, the user would have to hover the device over the receptor, and authorize contact between both machines through a passcode or Touch ID, the fingerprint recognition system included in the newest devices.

What if the device was stolen, with all of the stored credit card information? If this happens, just log into your Apple account from a different device — you can delete all credit cards stored in Apple Pay from there.

Even if there was a way for the thief to figure out your passcode (make it hard!) or replicate your fingerprint, Apple Pay wouldn’t have any of your financial info for them to use.

Of course, despite Apple making it as close to hard as possible for anybody but the user to access the info, hackings and breaches of security cannot be 100% avoided. Just as with any vital information, minimize what you store online, and protect it with strong passwords at a minimum.

So… Is It Useful for Travelers?

Would I recommend Apple Pay for travelers? Sure, if you have access to it and are planning a trip to Western Europe, the US, Canada, China or any developed regions that have adopted contactless payment (or might soon).

Of course, if your next trip is to developing countries or more rural areas, you’ll find mostly cash-oriented economies where credit cards are useless, never mind digital payment options.

And if you’re waiting on Apple Pay to become available in your country, you’ll need some patience. Apple hasn’t released a list of countries it plans to launch in next.