Another hype-filled Apple event has been and gone, and what are we left with?

A small bump in specifications on the Macbook Air and Macbook Pro (yawn), a discounted Apple TV (bigger yawn) and… oh, that’s right. A fancy new smartwatch and super-thin 12″ laptop. No yawns there.

So what’s all the fuss about? Are these devices something you need to be raiding your savings account for? As a traveller, should you be lining up outside your nearest Apple store to pick up one or both of these things when they go on sale next month?

While the launch event for the Apple Watch was earlier this week, most of the details have been known for a while. There were only three questions remaining by the time Tim Cook walked on stage on Monday: when will it come out, what will it cost and, most importantly, why should I buy one?

He did a good job of answering the first two points. The third, however? Not so much.

The watches will be available on April 24, with pre-orders starting a couple of weeks earlier. They come in two different sizes, three different models and with many different bands. Depending on the combination you choose, you’ll pay anywhere between $349 and a hilarious $10,000+ for one.

And I still don’t understand why you would.

As attractive as it is (and as far as smartwatches go, it’s not bad looking), it’s hard to find a reason to shell out hundreds or thousands of dollars on one. Behind the slick new interface, there’s a harsh reality: it’s just not very useful.

The Apple Watch needs to be paired with an iPhone — if you leave your phone at home or the battery goes flat, the smarts disappear and you’re left with a plain old watch with horrible battery life. Oh, and if you don’t use an iPhone? Forget about it — there’s no support for Android or anything else.

If you do have a working iPhone with you, the watch becomes much more useful — but not uniquely so. In other words, there’s almost nothing you can do on your watch that you can’t already do on your phone.

When Tim Cook’s demonstration included scrolling through Instagram photos and booking an Uber ride from the watch, even he was struggling to articulate why you’d choose to do so.

Apple planned to include several different sensors in the watch, which would have likely made it the most advanced consumer health device on the market. In the end some of them were left out, so the watch will only measure pulse rate and movement.

It doesn’t even have its own GPS chip — it needs to use your phone for that. You’d get more use out of a high-end Fitbit, at a much lower price.

Enthusiasts have suggested it’s somehow less rude to scan an email or text on your watch than your phone, but I can’t say I agree. It’s a distraction device either way.

Looking pointedly at your watch has long been a sign you’re ready to leave the room. Doing so every few minutes isn’t going to endear you to anyone.

If you’re a frequent traveler, the value proposition drops even further. First and foremost is the battery life. Apple quotes ‘up to 18 hours’, but that’s based on pretty light usage.

If you’re using the fitness tracking, you’ll get seven hours. Making lots of calls? Three hours. Apparently you can eke out two days of use if all you do is check the time now and then — but given a cheap Casio lasts years doing the same thing, that’s not exactly compelling.

I’d much rather pay $199 for a Pebble that’s waterproof and lasts a week, even if I can’t unlock my hotel room door with it.

Even in a best-case scenario, you’ll be charging both your phone and watch every night. In hotels and dorm rooms with limited power sockets, that’s a problem — don’t forget your power strip. There’s also a new type of charging cable that’s no use for anything else, so that’s one more thing to carry, and attempt to not lose or break.

Secondly, the reliance on your phone for a data connection becomes a bigger problem overseas. If you don’t have an affordable roaming plan, or unlocked phone with local SIM card, you’ll likely have cell data turned off. Now you’ve got two crippled devices instead of one. Handy.

Finally, the Apple Watch is a distinctive piece of expensive gear, worn in an obvious place. In bad neighborhoods or dodgy parts of the world, that’s not a recipe for personal safety.

The last time we saw a Macbook without an ‘Air’ or ‘Pro’ in its name, it was an ugly white, plastic thing back in 2011. Apple’s now bought the name back, but that’s the only similarity.

The new Macbook is undoubtedly gorgeous. It comes in the same silver, gold, and space grey as the iPads and iPhones, and it’s damn near as thin as them as well. When it comes to design, there’s no question that Apple sits where every other manufacturer aspires to be.

To fit a 12″ Retina screen, up to 512GB of storage, the latest Intel chipset and up to 10 hours of battery life into a laptop that’s 13mm thick and weighs two pounds is one hell of an impressive feat. This is undoubtedly the perfect laptop for travelers, right?

Sadly, no. In a year or two, the next versions easily could be. Right now, though? It’s hard to recommend.

Unsurprisingly, in building something so incredibly thin and light, Apple needed to make compromises. In this case, they’ve made plenty of them — and for most travelers, they’re a reason not to buy the Macbook.

The biggest issue by far is the decision to use the brand-new USB-C connector instead of, well, pretty much everything else. This new type of USB socket lets you power the laptop and run an external TV or monitor from it, as well as connecting accessories as usual. That’s a great advance, and I’m genuinely excited about it.

The problem, however, is that other than a headphone socket, this is the only port on the entire laptop.

What does that mean? Well, for starters, it means that if you’re charging the Macbook, you can’t plug anything else in except a pair of headphones. No printers, USB sticks, SD cards, backup drives, keyboards, mice, or charging your iPhone.

Even when it’s running on battery, you won’t be able to use any existing accessories without a $19 adapter cable to turn the socket into ‘normal’ USB. That’ll change over time, of course, as accessories come out with USB-C plugs — but for now, it’s all a serious limitation for travellers.

Apple’s envisaging a world without wires, and that’s fine — but we’re not there yet, and won’t be for a few years yet. When we travel, we have little control over our technology environment.

Shitty internet connections mean cloud backups often won’t run and we need to use a portable drive instead. Many hotels still only offer an Ethernet port, or charge extra for WiFi.

Wireless printers are a great idea — but good luck finding a hostel or Internet cafe that has one. Most cameras still don’t have Wi-Fi, and those photos need to get moved across somehow. We need to plug things in. Yes, even when the laptop is charging.

Would it really have killed the designers to include a second USB port, of any type? Trading a far more useful laptop for a millimeter or two of thickness seems short-sighted at best.

And sure, you can buy a $79 adapter that splits that USB-C port into power, display, and one standard USB. Paying eighty bucks to make a laptop useful, and add yet another cable to lose or break, isn’t high on my priority list.

Speaking of overpaying for things, the Macbook itself feels even more expensive than the usual Apple pricing. You’re looking at $1299 for the base model, or $1599 for more storage and a faster CPU. The new Core M processor provides better battery life and removes the need for a fan, but it comes with a noticeable performance drop.

The laptop will be fine for writing, web browsing and other relatively lightweight tasks, but I wouldn’t plan on doing much video editing with it. That’s a lot of cash for a limited machine — especially since the Air does more for less money, and the Pro is much more useful for about the same outlay.

When it comes down to it, most travelers don’t need a laptop at all — a tablet or smartphone does all they need, at a far lower price. For the remainder, an Air remains the best all-round Apple notebook. The new Macbook, as beautiful as it is, simply has too many restrictions right now. Let’s see what the next version brings.

So Here’s the Thing

The Macbook and Apple Watch are obviously very different pieces of technology, but they share a striking similarity.

In both cases, Apple has prioritized design over every other aspect. Both devices push the boundaries of what’s possible, to the point where the features that everyday users want and need get left behind.

An expensive watch that needs a phone to be useful and requires charging every night has questionable value for almost anyone, and is largely useless on the road. The Macbook is a stunning laptop, but that single USB-C socket is a big problem for travelers even before they look at the price tag.

You pay above the odds for Apple equipment — most of the time that’s not unreasonable, as you end up with a useful, beautifully-designed product. Those high costs, however, come with high expectations.

This time, at least, they haven’t been met.

Do you agree? Are you planning to buy either of these new Apple gadgets when they come out? 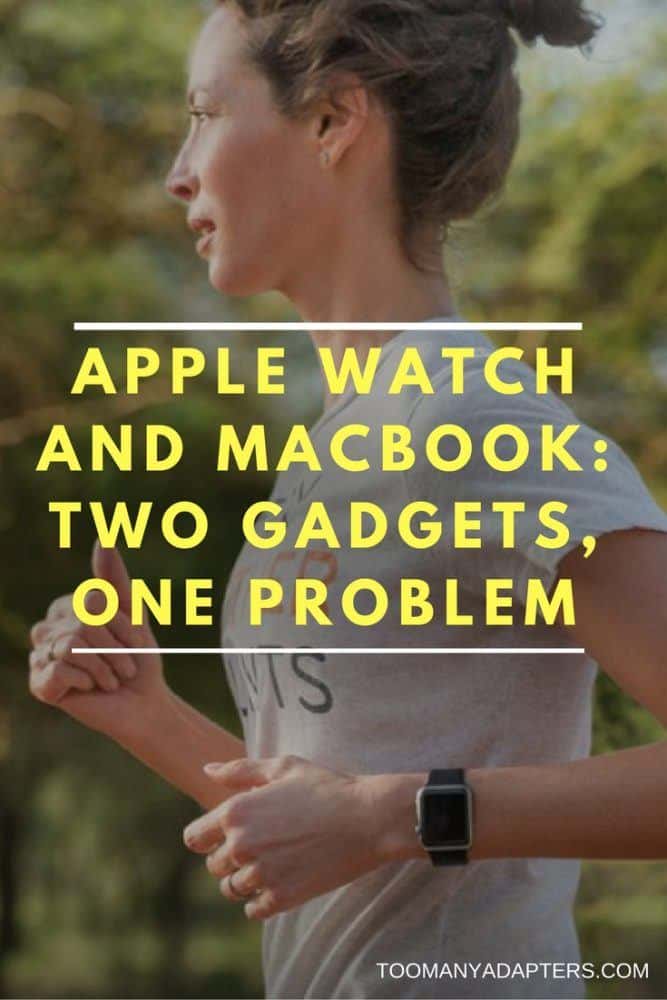