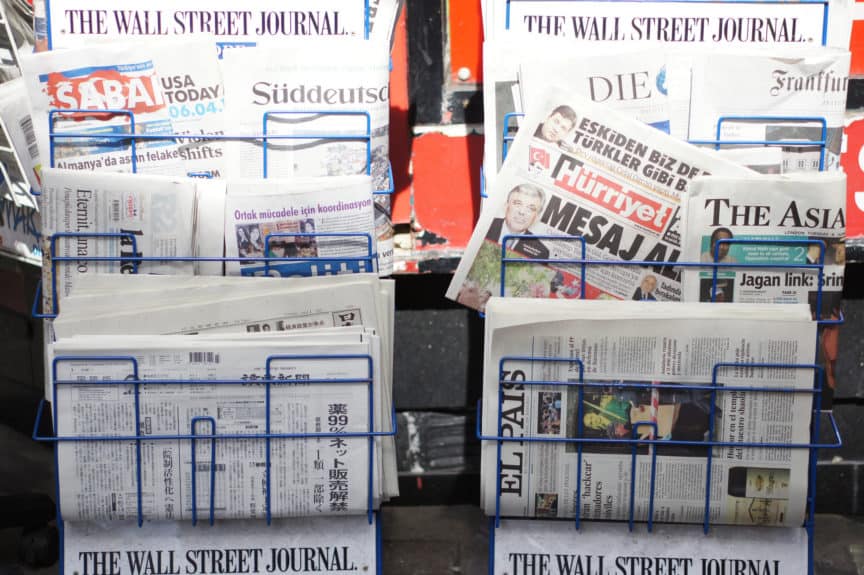 The world is changing constantly, but it’s easy to pretend otherwise when you’re on the road for a while. The travel bubble is real, and it’s not hard to miss big events when you’re out of the loop for a few days or weeks.

The government in your home country has been thrown out due to a no-confidence vote? A Nobel Peace prize winner has been set free after years of house arrest? A beloved travel guru has unexpectedly left us? These are all real stories I missed while traveling (not at the same time, thankfully!)

You don’t need to be blindsided by world events though, even if you’re far from the nearest television or English-language newspaper. These six apps (all topic and publication-agnostic) will keep you up-to-date in realtime.

If you have trouble choosing which news source to follow, Feedly makes it easier by allowing you to… not choose. This aggregation app will just combine all the sources you’d like to keep up with and present them all on one neat little screen. From there, you can pick which ones you’d like to read in-depth.

Feedly allows you to combine traditional news sources (think the New York Times and the like) with social media networks (Twitter is good at posting breaking news) and blogs you follow. You can also enter specific keywords, such as your hometown or your company, and Feedly will keep an eye out for those too.

Another kind of news aggregator, Inoreader takes the task of choosing the sources off your hands. The app lets you pick whatever your interests are out of a wide range of topics, and it will show you news on those subjects.

The app lets you organize the screen however you like, save news to read later, and discover other stories you haven’t read yet. You can also integrate YouTube, in case you want to keep up with any channels there.

Powered by artificial intelligence, Google’s news app features a wealth of options to show you the latest information however you can best digest it.

The app is divided into several tabs, each offering a slightly different look view of what’s going on in the world. The “Briefing,” which is the default page of the app, will show you what Google believes you will find most useful based on your location and interests.

If you’d like a deeper dive, press “Full Coverage” for multiple viewpoints of the same story; for a broader view of all news, go to “Headlines.” You can also show Google what you’d like to see more of with “Favorites,” and go to specific news outlets (both free and subscription-only) in the “Newstand.” All in all, a solid addition by Google.

Flipboard sees what news aggregators are doing, and raises them one by focusing its efforts on presentation as well as content. The app is beautifully designed, with a magazine-style layout that encourages you to keep flipping (virtual) pages.

Unlike Feedly, however, Flipboard doesn’t aggregate every news source available, but rather highlights specific ones available through its platform. The app curates a large number of publications, though, and you can pick and choose which ones to see.

With new publications added every day, chances are you won’t struggle to find good sources, no matter what kind of news you’re after.

For a comprehensive view of the news, look no further than News360. This super-complete aggregator will keep you in the loop with what is going on in the world, alert you when there’s breaking news around you, and let you personalize the front page, all while looking great.

The app also offers social media sharing on Facebook, Twitter, and for some reason, Google Plus. You can also save any pieces to read later — with the world the way it is today, nobody would blame you if you need to take a break.

If you’re a sports fan, chances are you’re already keeping up with your team’s news. If you want to make it even easier or follow several teams or sports, however, get TheScore.

TheScore is a news source in its own right, publishing scores, announcements, and schedules for all major leagues and sporting events. There’s soccer, basketball, football, tennis, auto racing, golf, and more.

You can customize the app so it only delivers news on the sports and leagues you follow, as well as keep up with games in real-time. There’s no live video streaming as of yet, but come on, nothing would replace the thrill of watching the game in a foreign bar, right?) 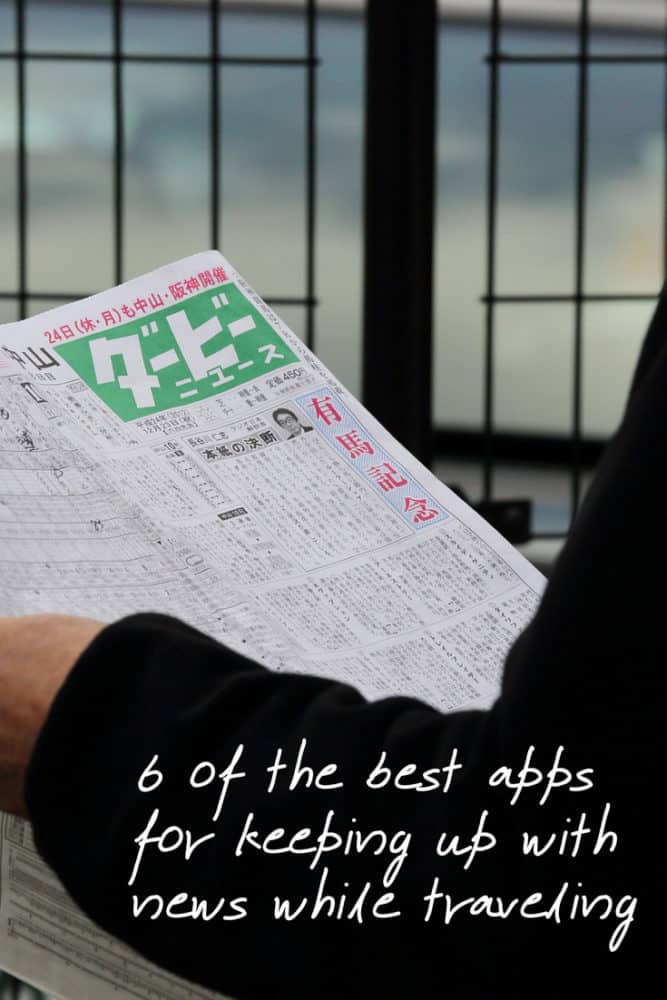