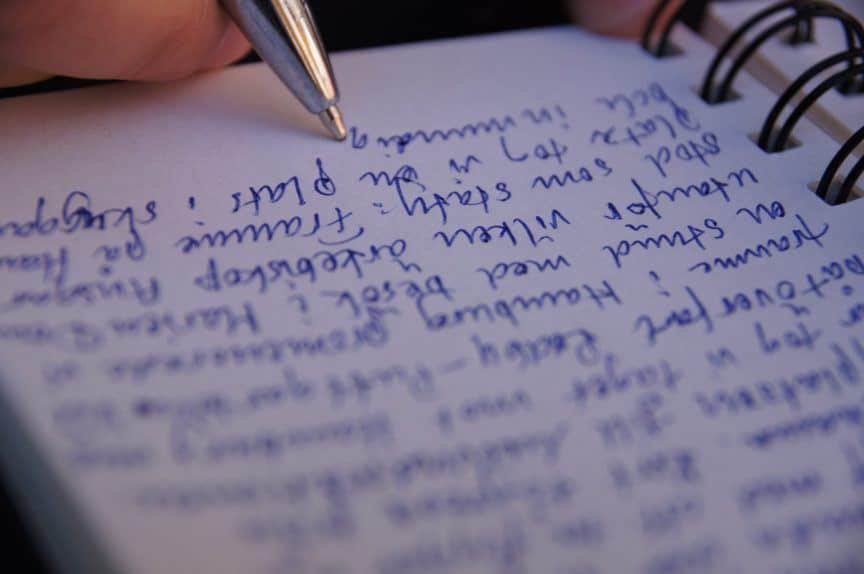 Ask a seasoned travel writer about the biggest changes in their profession in the last decade, and they’ll definitely mention technology in some form.

Laptops, digital cameras, editing software, and the Internet have dramatically altered the industry, to the point where an icon like Jack Kerouac would barely recognize it.

Most recently, mobile devices have changed the game again. While working on a travel piece from a touchscreen can be a daunting task, many travel writers are choosing to go that route for some or all of their work.

If you’re one of them, check out this wide-ranging collection of useful apps. They’ll all help get the job done in some way, whether you’re recording interviews, shooting photos, writing stories or working with your editor.

In a past life, I was a full-fledged newspaperwoman, complete with the fast talk, door-knocking data-collection strategy, and yes, a voice recorder. I loved the job, but I must admit the voice recorder was the bane of my existence. If you’ve ever transcribed an interview, you’ll know exactly what I’m talking about.

I HATE transcribing. That’s why I love Cogi, and why I think you will too.

This recording app doesn’t exactly turn the spoken word into text for you, but it does the next best thing. Cogi lets you retain the best parts of the interview, so you only have to transcribe those.

Its approach is simple: have it running during an interview or conversation, and as soon as you hear that golden quote, hit the button. The app saves several seconds prior so you don’t miss a word, then keeps recording until you press the button again.

If you collect quotes for your pieces and need them to be accurate, do yourself a favor and install Cogi.

Granted, when it comes to interviews, sometimes Cogi won’t be quite enough help. Sometimes there’s just no escaping it. You need to record the whole thing, and very possibly, go through it in its entirety when looking for a quote or particular detail.

That’s when I recommend AudioNote. This recording app includes a note-taking tool that lets you write while you record. That’s super-handy for making a log of the interview, or jotting down the exact times of interesting tidbits. Don’t be fooled by the insipid ruled paper interface — you’ll be grateful when it comes time to transcribe.

For some writers, the act of handwriting is deeply ingrained. Even with all the undeniable advantages of technology, certain aspects of the craft (like list-making, for example) still lend themselves to the old pen-and-paper technique.

Goodnotes was created with these tasks in mind. This iOS app lets you draw and write on the touchscreen with a finger or stylus, your scribbles becoming a line of “screen ink” on the interface. You can also write over top of existing documents, including PDFs, so it’s ideal for things like signing contracts without the need to print them out.

You can also add shapes and insert images into your notes, and the app uses optical character recognition (OCR) for easy search later.

Besides, does it ever feel as satisfactory to cross off a to-do item with a click of the mouse? You know it doesn’t.

Penultimate follows the same approach as Goodnotes (handwriting  in new or existing documents), with the plus that it’s free and syncs up with Evernote, and the caveat that it only works on iPads.

The app itself offers similar features to its competitor: write directly on the screen with your finger (or its Digital Pen, for sale separately), keeping the look of handwriting. So, if you’re an Evernote junkie who uses your iPad as your primary tool, check out Penultimate.

Inspiration, as we all know, can hit at the strangest of moments. The ByWord text editor eliminates the pressure of needing to be in the right place to sit down and write, syncing between Apple devices so you can start a piece on the go, and finish it from the comfort of your home or hotel room.

The app offers the simplest interface, eliminating all distractions, and has a highlighter option for text that needs extra attention. The dark theme is easy on the eyes, should inspiration show up when you thought you were already done for the day.

If you like the concept of ByWord but have a mixed bag of devices, then iA Writer is for you.

It offers a similarly simple, distraction-free writing platform, with the advantage that it bridges the divide between the Apple and Android worlds. So if you run a Samsung phone and a Macbook, for instance, iA Writer switches your writing from one to the other without a glitch.

Even if you don’t, the app has a couple of cool features worth checking out. Focus Mode, for example, dims the whole text out except for the single sentence you are working on, helping you resist the temptation to correct other parts of the document. It also lets you import images, giving you an idea of what the piece will look like when finished.

If you’ve ever edited the same text so many times your sentences stop making sense, do yourself a favor and download Ginger. This grammar and spellcheck tool will proofread your writing, even when your brain simply can’t deal with reading another word.

The iOS app, which can switch between US and UK English, works silently in the background while you write. It offers to fix potential misspellings, and gives contextual suggestions for synonyms and alternative phrasing. It does all that without interfering with your flow, since the app analyzes entire sentences rather than a word at a time, and won’t change anything without your consent.

Bonus: if English is your professional language rather than your mother tongue (raises hand), Ginger is invaluable. Use it often!

Hydra‘s aim is to improve mobile photography to the point where it’s impossible to tell apart from DSLR shots. That’s an ambitious goal, but the app does attack several of mobile photography’s bigger shortcomings.

Using an innovative ‘stacking’ technique, it combines multiple photos to grow the resolution to 32 megapixels, well beyond that of standard iPhone cameras. A special mode counteracts low-light situations by merging up to 60 different frames for less noise and more contrast, while a 2-4x zoom recreates missing pixels to provide more detail than standard smartphone zoom.

If your goal is to work mainly from an iPhone or iPad and your work requires high-quality images, Hydra is must-have.

In a nutshell, Fotor is on-the-go photo editing for non-professional photographers. The Android and iOS app offers user-friendly retouch options, including all the usual suspects: cropping, color correction, saturation, gradation, and contrast.

It also has a “focus” feature, that allows you to simulate depth of field (great for all ‘bokeh’ junkies), and a “collage” option with built-in magazine templates.

If you’re planning to offer your images with your pieces, let Fotor help them become the best they can be.

Got any other travel writing apps you love? Let us know about them in the comments! 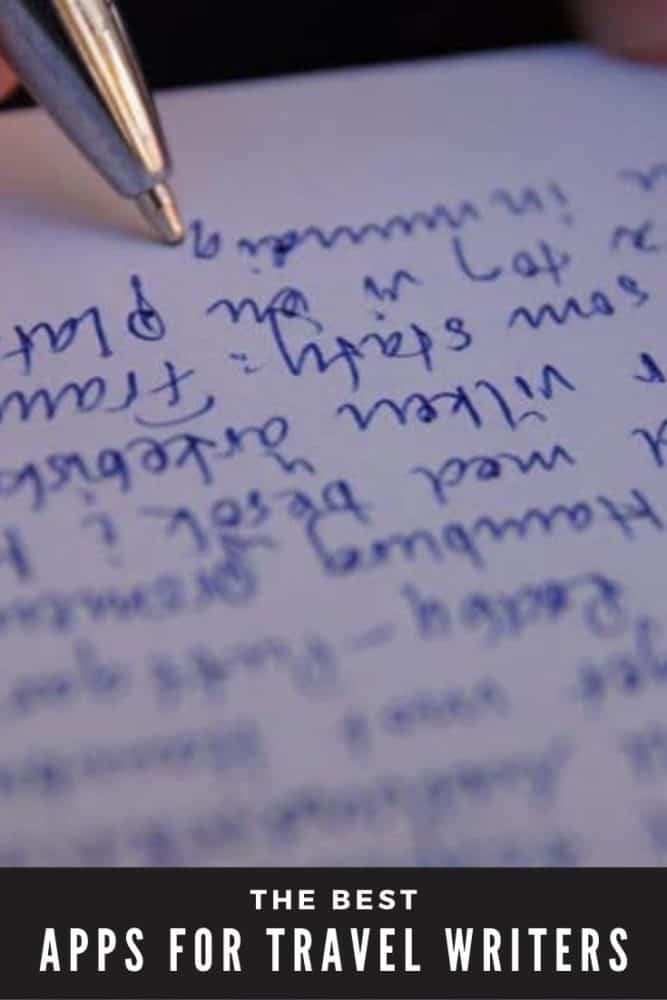