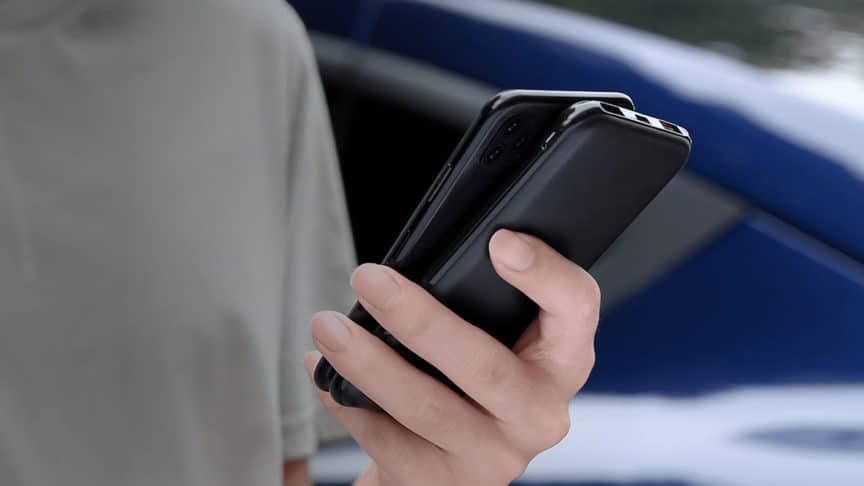 Portable chargers are a dime a dozen these days, and the competition has seen manufacturers striving to differentiate each new model. Bulky batteries, low capacities, or slow charging are no longer acceptable, as companies cram extra ports and features into ever-smaller cases.

The Aukey Sprint wireless power bank is a good example, promising everything from wireless charging and power delivery (PD) support to multiple USB sockets and a slimline form factor.

Extra features and smaller sizes are both things that travelers appreciate in their gadgets, and this power bank promised enough of both that it piqued my interest. Aukey sent out a review sample so I could decide for myself just how well it lived up to its promises.

The Aukey Sprint Wireless Power Bank (model number PB-Y25) is a slim black slab, with little in the way of distinguishing features. It’s roughly the same dimensions as a modern smartphone, and could easily pass for one that’s sitting face-down on the table.

The smooth plastic top has nothing beyond a subtle Aukey logo, while the left side holds a discrete power button and four tiny LEDs to show the remaining battery capacity.

The right side has a single micro-USB port, and there’s a USB-C port and two USB-A ports on the front. The bottom has the usual compliance information, model number, and power specifications as below:

The power bank is rated for a total maximum output of 18W. That’s also the max output of both the USB-C port and the USB-A port that supports QC 3.0. The other USB-A port can put out up to 12W, while Qi wireless charging supports up to a relatively-slow 5W.

You can charge the power bank itself from either the micro-USB or USB-C port. If you’re using a decent wall charger, it’ll be faster over the latter. An important thing to note, however, is that there’s no pass-through charging: you can’t charge the power bank while it’s charging something else.

The power bank arrived in a small cardboard box, along with a warranty card, instruction manual, and short USB-C to USB-C cable. Slim and about the same size as my phone, it fitted comfortably in a jeans pocket. After topping off the charge level, it was time to start testing.

Using the USB-C port, I was able to charge a Pixel 2 smartphone at up to 10W and a OnePlus 6T at up to 6.4W, both of which are about the same as when using my usual wall charger.

Connecting it to a laptop (which it definitely isn’t rated for), I got just over 15W out of it. That’s nowhere enough to charge the laptop battery, but it’ll give you a bit of extra time if you’re desperately trying to finish something before it runs out of juice.

Turning to the USB-A sockets, the QC 3.0 port is rated for higher output than the standard one, and that showed up in my testing. Charging the Pixel 2, I was able to get a maximum of 8W out of the former and 6.4W from the latter.

Charging two, three, or even four devices simultaneously, wired or wirelessly, worked just fine. The 18W total output was more of an issue with multiple devices connected, of course, but powering four gadgets from an 8000mAh battery feels more like something I’d do in a review than the real world.

Since neither of the above phones support wireless charging, I tested that with an iPhone XS instead. Charging with a cable simply meant plugging in both ends, but wireless charging required slightly more effort.

Enabling wireless charging requires a double-press of the power button. If you take the phone off the charger or it moves off the charging area for a couple of minutes, you’ll need to double-press the button again to start it back up.

The “sweet spot” for where to place your phone is also quite small, needing a bit of trial and error before getting the reassuring beep that lets you know charging is underway.

On a related note, the smoothness of the case is a noticeable problem when charging wirelessly. There’s virtually no friction at all, so if your phone is similarly slippery, it’ll slide around on the power bank with every bump and movement.

If you’re using a case or the base of your phone has a bit of grip, you won’t have a problem. If you’re using a “naked” iPhone, however? Expect to have a few problems with wireless charging disconnections and needing to retrieve the phone from beside the power bank.

With the phone in the right place and the power bank sitting on a flat, stable surface, however, wireless charging worked fine. It’s only half as fast as using a cable at best, though, so it’s more suited for overnight or top-up charging than when you’re in a hurry.

As mentioned, there are two options when it comes to charging the power bank itself: micro-USB and USB-C. You’ll theoretically get up to 10W via the former, and 18W from the latter if you’re using a decent PD wall charger.

That’s pretty close to what I saw in my testing: a consistent 9.1W while charging over micro-USB, and 16.5W with USB-C. That translates into a much shorter charging time, so if you need to juice up this power bank quickly, use the USB-C port.

Despite the manual being quite clear that you can’t charge anything from the power bank while it’s being charged itself, that wasn’t going to stop me trying it. Sadly the manual was correct, whether I attempted wired or wireless charging.

Overall, the Aukey Sprint wireless power bank is a useful device. It’s small and slim, and the 8000mAh capacity is enough to charge any phone at least once if not twice without making the charger excessively heavy.

Wired charging is nice and fast, whether you’re using USB-C or the QC 3.0 port. Charging multiple devices doesn’t slow things down too much in the real world, and wireless charging, while slow and a little fiddly, works well as long as the power bank is on a flat, stable surface.

The lack of pass-through charging, however, feels like a missed opportunity. From a travel perspective, being able to plug in the power bank, stick my phone on the top, and drop them both fully-charged into my bag a few hours later would be extremely useful.

Despite its flaws, however, the Aukey Sprint Wireless is still worth considering if you’re looking for a thin power bank with a variety of charging options. If fast charging and wireless power away from home are important to you, you could do a lot worse than this for the money. 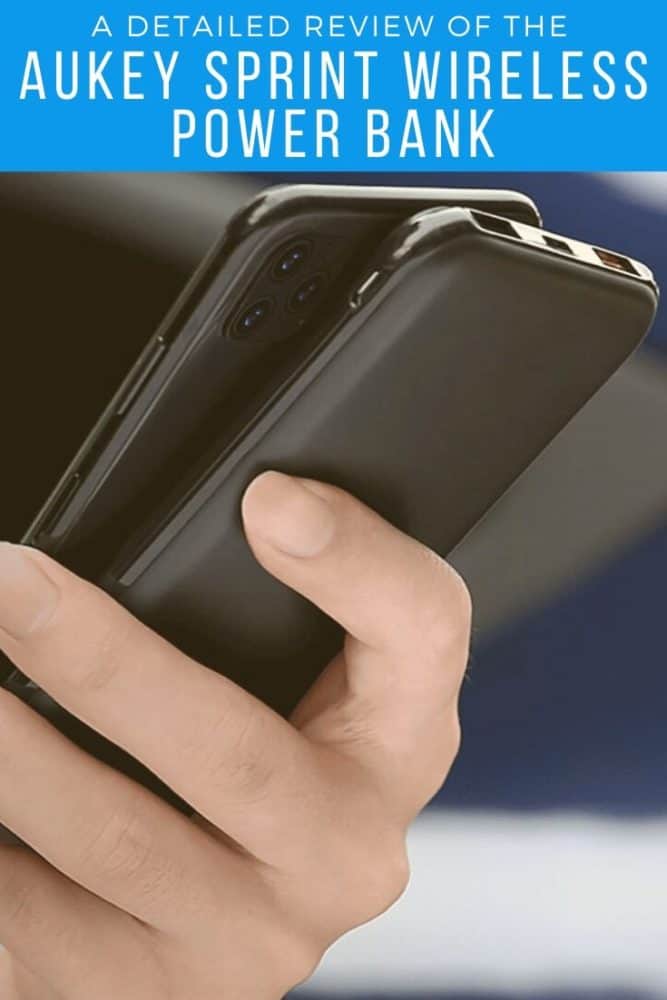