On the rare occasion that people actually think about backups while they travel, the thought process usually goes something like this.

Oh yeah, I need to back up those photos on my camera.

Hmm, I should probably do something about the stuff on my laptop as well.

Cool, time for a beer.

And well, that’s great, as far as it goes. With more and more of us using phones and tablets for most, if not all, of our tech needs on the road, however, any proper backup strategy needs to deal with those as well.

Contacts, photos, app data, your progress on that kick-ass game you’ve been playing continually since last Tuesday: if you soak your phone or have your iPad stolen, you’re going to be seriously unhappy if they weren’t backed up.

So, here’s how you do it. Now you’ve got no excuses at all. 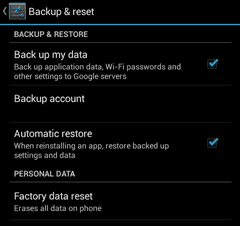 Backing up the basics on Android is super-simple. Just go to Settings –> Backup & reset, and make sure that both “Back up my data” and “Automatic restore” are checked. If your Google account isn’t showing in the ‘Backup account’ section (highly unlikely), you’ll need to configure that first.

With those two boxes ticked, you’ll now automatically back up much of your app data, Wi-Fi passwords (it’s surprisingly annoying when you lose all of those) and other bits and pieces.

Your device is almost certainly already configured to sync contacts, email and calendars with your Google account already, but take a minute to verify the settings of each of those apps individually just in case.

It’s very easy to configure photo backup on your Android device as well. In fact, after a recent update to the Google+ app, it’s quite possible that it’s already happening automatically.

To verify this, go to the app, choose Settings –> Camera & photos –> Auto-backup. If you’d prefer to use a different tool, Dropbox (and undoubtedly other companies) also offer semi or fully-automated photo backup to the cloud.

Setting these options is a good start, but it’s not the only step. If you want to make sure that absolutely everything is backed up, including all your media files, or you don’t have reliable internet access and want to keep your backups offline, there are several dedicated apps that will do just that.

If you have root access on your Android device, check out Titanium Backup (basic features are free, the premium version with things like cloud backup costs a few bucks). If you don’t have a rooted phone or tablet, take a look at Helium instead. 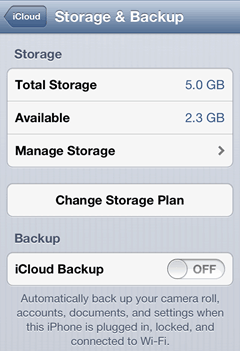 If you’re using an iPhone or iPad, it’s again very simple to back up most things using iCloud and/or iTunes. Navigate to Settings –> iCloud –> Backup & Storage to turn on cloud-based backup, and then go back a screen to select exactly what you’d like to back up.

Such backups include unlimited storage space for all purchased music, movies, TV shows, apps, and books (emphasis ours), and 5Gb of space to store everything else (photos, video, app data etc).

If you don’t want to, or can’t, back up via the internet, you can always revert to the more old-school method of an iTunes backup. Connect the iOS device to a computer running iTunes (either via USB or Wi-Fi connection) and set the backup to run either automatically or one-time.

iTunes backups won’t include any of the media files that are already being synced with that computer (makes sense, I guess – so long as you’re backing up that computer as well!), but they will store most other stuff that you care about – contacts, photos, video, app data and a whole bunch of miscellaneous settings listed here).

If you’re not travelling with a computer (so can’t use iTunes backup) and want to back up all of your media/other files, you’ll likely be stuck looking at third-party cloud storage options like Dropbox, or manually copying files to an external drive of some sort. Not ideal, but it’ll work.

So there you have it, how to back up your phone or tablet properly, whether it’s running iOS or Android. Get to it!

Do you have any other tips or tricks for backing up your phones and tablets? Fire away in the comments! 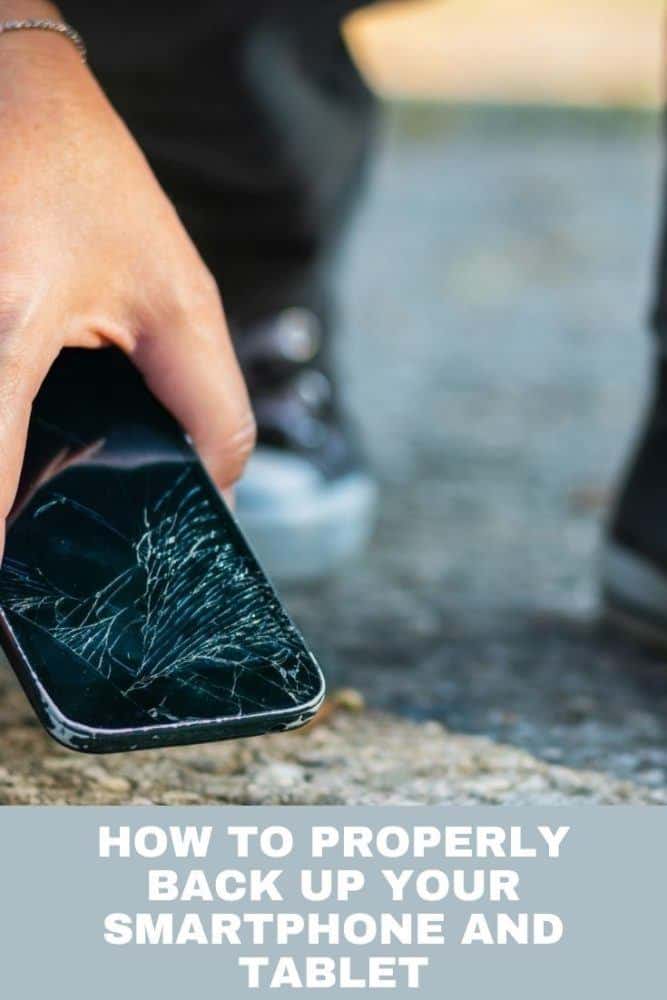