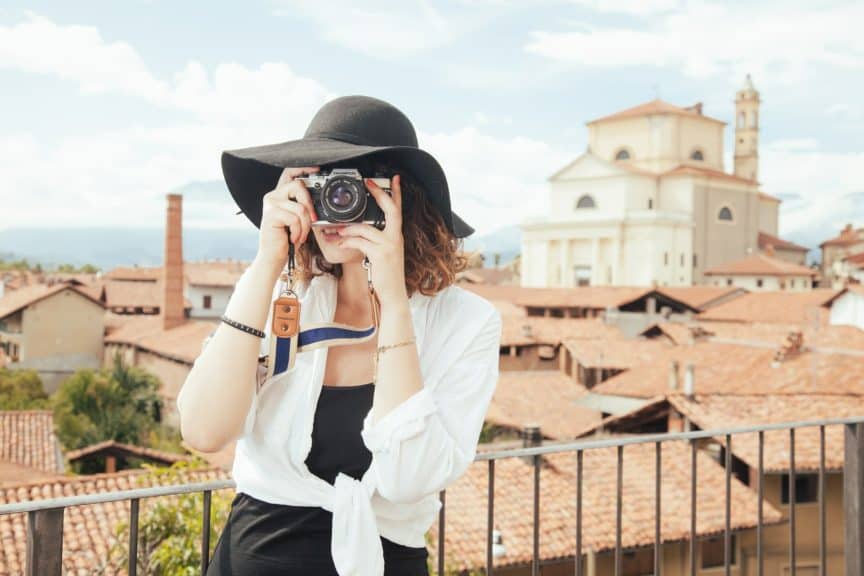 Smartphones have become the Swiss army knife of travel. They’re movie players, maps, travel guides, notebooks, phrasebooks, and more. Some crazy people even use them to make phone calls, if you can believe it.

One of their most-used features, however, is as a portable camera. Just take a look at all the camera apps on the market, or how manufacturers tout the virtues of improved lenses in each new model they launch.

Smartphone photography just can’t be beaten for sheer convenience, especially if you’re sharing your shots with others. Even so, many travelers get to a point where they want to lift their photography game.

Maybe you tried to print a phone photo and it came out all pixelated. Perhaps you’re frustrated by the lack of good optical zoom or limited control over exposure and focus. Maybe you’re just tired of the demands for more storage space every time you take a photo.

Whatever the reason, if you’re considering investing in a dedicated camera, don’t rush headlong toward a DSLR. Once the only real choice for mid- to high-end photo equipment, these types of camera no longer have the market to themselves.

Compact cameras have been stepping up to the challenge, and now offer some of the best combinations of price, size, and quality in the market. Whether you’re an occasional traveler or a seasoned pro, there’s likely to be a compact model that suits your style and is much easier to fit in your bag.

We’ve put together five of the best compact camera options for all kinds of travelers in 2022, from those on a budget to semi-pro’s, videographers to those who need to justify every ounce of luggage weight, and more.

Don’t judge a camera by its size. This tiny point & shoot may look like any other on the market, but its sleek body hides a remarkably-powerful camera that will dramatically improve your travel photos.

Since launching the range nearly a decade ago, Sony’s tiny RX100 cameras have been raved about by traveling photographers. It’s currently onto its seventh version, and the latest model is our top compact camera pick.

Quality comes at a price, however. If the cost just makes too large a dent in your travel budget, however, you can save a little bit by dropping back to the RX100 VI or V models instead. We wouldn’t go further back than that: the improvements have just been too great in recent years!

You’ll get exceptional image quality in bright conditions, and the 20.2MP resolution ensures you’ll be able to print photos at fairly large sizes without losing detail. The 8x (24-200mm) optical zoom is good for a camera this size, and there’s a touch-screen viewfinder for quickly setting focus points.

When it comes time to shoot video, the RX VII has solid optical stabilization, even when recording in 4k. There’s a new “Active Steadyshot” mode that helps deliver stable, watchable video even when you’re recording on the move, and a socket for an external microphone.

Full manual controls are available for those ready to take a step forward with their photography, but until then, the auto settings deliver great shots in a wide range of conditions.

At just 10.7 ounces (303 grams), this camera is super-light and fits easily in your pocket. If you’re short on luggage space but don’t want to compromise on photo quality, this is easily the best lightweight compact camera you can buy right now.

The Olympus PEN EPL range has been a big success for the company over the years, bringing quality mirrorless cameras down to a price point that more people can afford.

It has been particularly popular with bloggers and vloggers (we bought an earlier model ourselves), thanks to a winning combination of flexibility, price, and size.

The latest version, the EPL-10, is an attractive little camera. Available in black, brown, or white and silver, the aluminum body gives it extra durability despite its good looks. The signature fold-out LCD touchscreen on the back can be lifted up and around into “selfie mode” as needed.

While it’s not as tiny as the RX100, at 13.4oz (380g) it’s still small and light enough to stick in a jacket pocket or drop into a day bag. That weight is before you add a lens, though, some of which can add quite a bit of extra bulk.

A pop-up flash is available, but you can also mount your own if you’d prefer. The EPL-10 has an upgraded 16MP sensor that delivers good results even in low light, with automatic and manual exposure settings on a dedicated dial for quick access. You can record video at up to 4K/30fps with in-body image stablization.

The EPL-10 can be bought in various configurations, with the most common version coming with a 14-42mm kit zoom lens. Telephoto, prime, and other types of Micro Four Thirds lenses are also available, giving plenty of flexibility depending on the kinds of shot you like to take.

This is a great entry-level camera option that’s easy for newbies to get to terms with, while providing plenty of flexibility as skills and experience grow.

If you thought you need a DSLR to take professional travel photos, the Fuji X-T4 is here to prove you wrong. With phenomenal video performance, serious image quality, and top-notch lenses, it dramatically narrows the gap between DSLR and mirrorless cameras.

The large 26MP APS-C sensor helps ensure great shots in a wide variety of conditions, whether you’re pairing the camera with its one of its two kit zoom lens options or one of the 15+ other X-series lenses.

The previous model already had arguably the best APS-C sensor on the market, so Fuji has looked elsewhere for its largest improvements. In-body image stabilization is probably the most noticeable, and is available all the way up to 4K/60fps.

Autofocus performance has also been improved, along with a new “RAW compression” format that theoretically provides almost all of the benefits of shooting in RAW without the enormous file sizes.

Able to shoot stills at 15 images per second, you’ll get up to 600 shots from a single battery to help ensure you’re not endlessly looking for the charger. The variable-position touchscreen can be used as both viewfinder and configuration tool, or folded away entirely out of site as needed.

If you’re looking to get much more serious about your travel shots but don’t want to deal with the size and weight of a DSLR, this is the camera for you.

Serious about video? Take a look at the Panasonic Lumix GH6, which offers arguably the most powerful video recording features in the mirrorless camera market. The GH6 lets you record at DSLR-level quality without the extra weight around your neck or in your backpack.

The GH6 is, unsurprisingly, the follow-up to the much-loved GH5 and GH5S models. They served slightly different markets, with the S variant being the pick for video, but the GH6 beats both of them for still and moving images alike.

The 25MP sensor, paired with the camera’s 10-bit native 4K video capture capability, ensures some of the best footage you’ll find compared to any other camera even close to this size and weight. You’ll get up to 120fps when shooting slow-motion 4K video, a noticeable upgrade from the previous models.

Pro features like exposure waveforms are included, as well as more common video settings like zebra warnings and focus peaking. You get proper in-body image stabilization (IBIS), along with nice extras like an inbuilt cooling fan that allows for unlimited shooting time.

The weather-sealed body provides plenty of confidence for shooting in challenging conditions, and can handle freezing temperatures as well. This is a camera that provides plenty of pro-level features for travel videographers, without the pro-level size and weight that usually accompany them.

The only real issues are the autofocus and battery life, both of which fall into the “good but not great” category. While the AF is absolutely fine for most general shooting, it doesn’t maintain focus on fast-moving subjects as well as competition like the Sony Alpha x when shooting at high frame rates.

Likewise, the battery is rated at 360 still images, and you’ll likely get around an hour of 4K video shooting depending on your settings. If that’s not enough, you can plug in a USB battery pack or wall charger and shoot semi-indefinitely.

If you’re ready to upgrade from your smartphone, but not yet at a level to invest in a semi-pro camera (or you’d rather save your money for the road), check out the Canon PowerShot SX740 HS. It’s one of the best budget compact cameras available, and undeniable value for money.

The standout feature of the SX 740 HS is its zoom. Despite the camera’s compact size, it crams in a 40x optical zoom (24-940mm equivalent) that will let you get up close and personal with anything you can see with the naked eye, and many things that you can’t.

Available in black or silver, the camera has a 20MP sensor and 4K video recording at up to 30fps. Fortunately, image stabilization is also included, as there’s little chance of being able to hold the camera steady at maximum zoom otherwise.

Wi-Fi and Bluetooth are also built-in, and there’s a tilting LCD screen (non-touch) that’s ideal for selfies. There’s an inbuilt flash, but no electronic viewfinder, so you’ll be using the screen to compose your shots. The SX 740 HS weighs a mere 10.6oz (299g), making it easily pocketable.

Image quality is generally good across the various shooting modes, including macro and low-light. There’s some loss of detail towards the far end of the telephoto range, but that’s entirely expected in a budget superzoom camera like this.

For its intended audience, the SX740 offers a lot. This isn’t a pro-grade camera, but rather a good all-round option for travel, small and lightweight enough to keep in your pocket, while still offering impressive zoom capability and 4k video. The sharp pricing is just the icing on the cake. 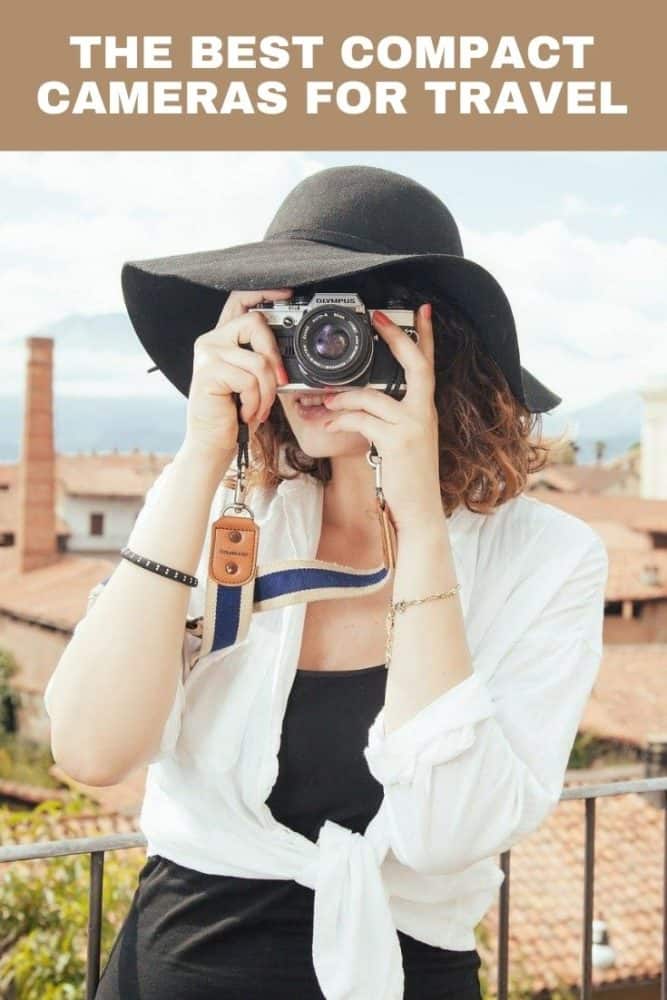