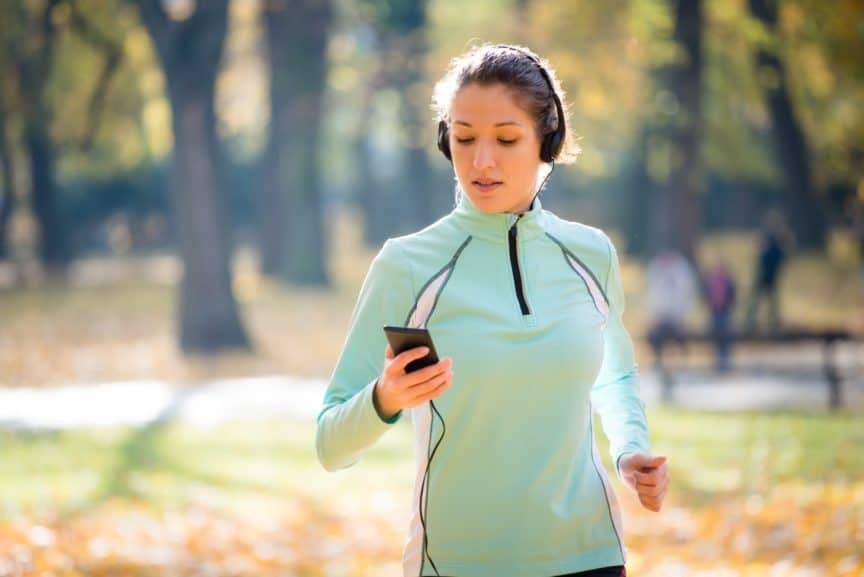 Running sucks—and I say that as an avid runner.

And any time I inevitably let myself get out of shape, getting back into running truly sucks.

But I keep coming back, partly because it’s one of the best forms of aerobic exercise, and partly because it is accessible whenever, wherever. It’s also more than a little bit addictive, and can be enjoyable… at times!

Whether you’re a former runner looking to get back on the horse, or a couch potato who has never ran a lap in your life, one of the most approachable ways to learn how to run is to use the “Couch to 5k” program and/or a Couch to 5k app.

The Couch to 5k program aims to help beginners get from couch-bound to 5km-ready in just nine weeks (5km is 3.1 miles). The secret to this program is that it provides a very gentle introduction to getting the body moving, making it accessible to many more people.

Starting with alternating between running and walking, it slowly ramps up until you can run for 30 minutes straight without stopping. The Couch to 5K program consists of:

The program was originally written by Josh Clark, way back in 1996. Today, it’s celebrated by thousands of successful “graduates” each year, and has developed somewhat of a cult following.

Using a C25K app is perhaps the simplest way to introduce yourself to the program and get started with running. These apps build on the effective training strategies laid out by the program, guiding new runners through it in a user-friendly way.

These apps also serve as a general way to track your runs, and to get valuable data such as your pace, estimated calories burned, distance traveled, etc. Based on functionality, interface, and price, these are the best couch to 5k apps available today.

Note: If you read a few couch to 5k app reviews, you’ll notice a common thread: the GPS tracking often isn’t very accurate. Unfortunately, this tends to be true with all running apps, particularly if you’re running off road (although some phones do better than others). If you want ultra-accurate GPS, pick up a good running watch or fitness tracker.

C25K is one of the most popular couch to 5k apps on the market, with millions of downloads on both iOS and Android. The app follows the program to a T, and is effective for runners of all shapes, sizes, and experience levels.

C25K is free, but has various paid plans available. The free version is sufficient for getting you to run a 5k, but one of the app’s standout features is behind a paywall, unfortunately.

“Zen Power Playlist” is a unique integrated music feature that syncs the speed of the music with the speed of your workout. The app’s developer claims that this can increase motivation, and whether that’s true or not, it’s certainly a unique feature among couch to 5k apps.

Couch to 5K is a popular app among new runners, and for good reason. The tracking features are excellent — not only does it track your time, mileage, and GPS location on a map, but it also provides detailed split times and a summary of distance traveled walking vs. running.

This is the only app on this list that costs money up front. I think $4.99 is worth it: many “free” apps lock some of the most useful features behind a monthly or annual subscription; Couch to 5K offers the complete package for a one-time fee.

The app provides a choice of four different virtual coaches, essentially avatars that will help guide you through the process, each with a different personality and approach to training.

The app also has great audio cues to tell you what to do at each point in your workout, and they don’t prevent you from listening to music while you run (the app has a built-in audio player).

Start Running for Beginners isn’t technically a couch to 5K app, but it achieves much the same purpose and is worth a mention here regardless. In many ways, it serves as a useful alternative to the C25K program, while still being designed for complete beginners.

The app’s programming has four levels, each aiming to reach a jogging duration of 20, 30, 40, and 60 minutes respectively. Each level has three workouts per week, and covers a four-week period. Doing levels one and two will take about eight weeks and get you 5K-ready, a similar end result to the C25K program.

You can start from the beginning at level one, or choose your starting point based on your current fitness level.

Apart from the difference in the workout plans, this app is similar in functionality to the others on this list. It has GPS and pedometer tracking, a calorie counter, voice feedback, and so on.

Like most free apps, there’s also a paid tier available, which lets you create custom workouts among other things. Unusually, the developer lets you pay what you want to a certain extent, with three amounts to choose from. It’s a one-time fee: no subscription required.

Zombies, Run! 5k Training is a fun take on the couch to 5K model. It’s not strictly based on the C25K program, but it has its own beginner-friendly 5K training schedule that runs (pun intended) for eight weeks, and it works well.

What makes this app unique is its story-driven experience. You play Runner 5, one of only a few humans still surviving in a world overwhelmed by the living dead. It’s up to you to go on supply runs (your training runs!) and gather items vital for your group’s survival.

The story is actually good, too! It’s written by award-winning novelist Naomi Alderman, who also co-created the original Zombies, Run! game. If you end up enjoying the 5K program, it’s definitely worth checking out the flagship app as well.

You can listen to your own music, podcasts, or audiobooks as you run, with the volume getting reduced whenever audio cues are delivered.

Nike Run Club is one of the most popular running apps on the app stores today. It’s not strictly a couch to 5K app, but it has various training plans, including a 5K program.

The app is a general-purpose running app, with a running log, guided runs, training plans, GPS tracker, speed data, etc. You can use it to simply track your runs, or sign up for one of the more in-depth training programs for more guidance.

Nike Run Club also has some a bunch of community and social features that can help motivate you. You can join global challenges to compete and earn badges with strangers, or create your own challenges and invite friends to join.

It’s not the most fully-featured or exciting of the options we’ve mentioned, but it works well and is free. For many people, that’s all they’re looking for.

Available on iOS and Android, free

Runkeeper is another general-purpose running app with a great user experience regardless of your fitness level. The free version of the app is focused on tracking runs (you get GPS tracking, pace data, calories burned, etc) although you can track all your other activities as well.

Runkeeper has been around a long time, is very popular, and receives regular updates. Plus, it syncs with Garmin running watches, Pebble, and Android Wear devices, along with Fitbit, MyFitnessPal, and more.

In the paid version of the app ($9.99/mo or $39.99/year), you can get more detailed training insights, as well as customized training plans based on your fitness level. There’s a lot to explore with Runkeeper, and the developers regularly add new features to check out.

Just Run: Zero to 5K is a simple, no-frills Android app that provides the basic features that you need, without much in the way of bells and whistles.

Although it doesn’t use the “couch to 5k” terminology, the structure of the training plans is quite similar, with a 9-week program consisting of three workouts per week. When you graduate from the 5K plan, you can move right along to a 5K-to-10K plan to keep your momentum going!

You can upgrade to premium for a one-time payment of just $1.99, which adds extra trainer voices and theme options. It’s primarily just a way of supporting the developer if you love the app.

There’s a focus on privacy, with no tracking or analytics built into the app, plus a complete lack of ads even in the free version. As a result, for all you minimalist runners out there, this is perhaps the best couch to 5K app. 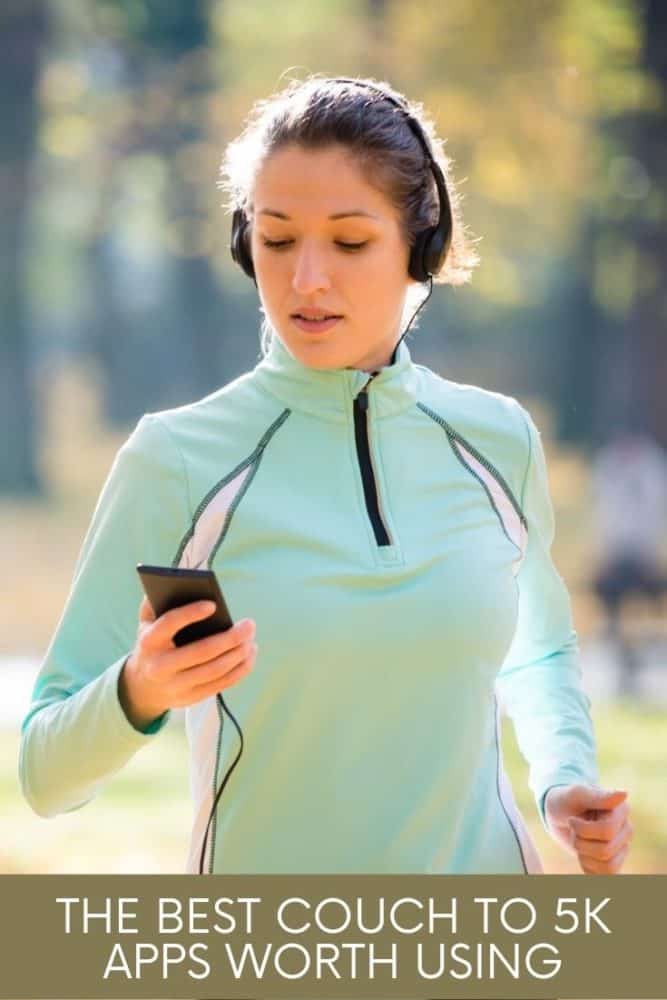