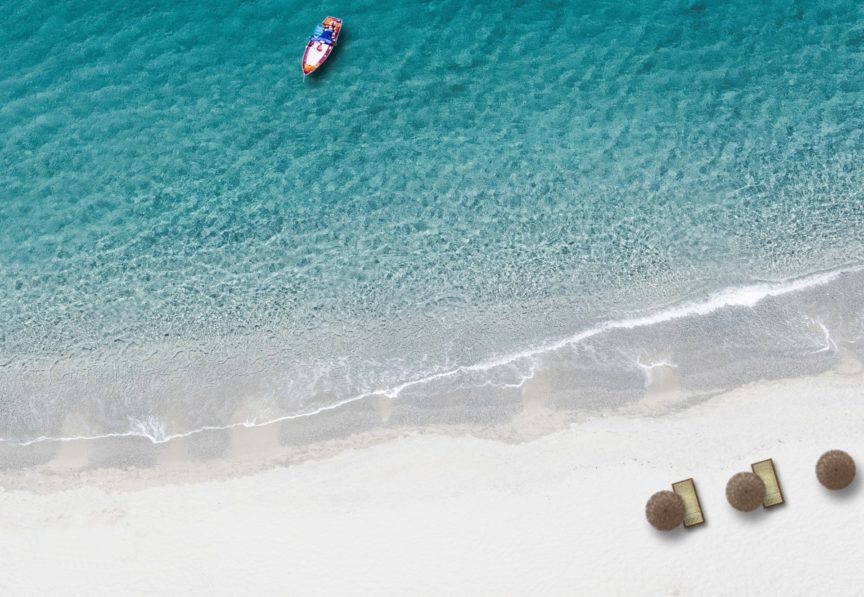 Drones are all the rage these days. Once reserved for the military (with a pretty bad rap,) they’ve now definitely entered the consumer video space.

Travel is no exception, with professionals and enthusiastic amateurs alike increasingly adding these flying cameras to their packing lists. The end result, at least for those who know how to use them, is the kinds of shots we’d only ever see on the big screen in the past.

Love them or hate them, drones seem to be here to stay. If you’re ready to invest in one, these are our current recommendations, plus a few challenges to bear in mind when taking them on the road.

Note that all of our recommendations are made with travel videography in mind. As a result, you won’t find any that are too large and heavy to travel with, or that don’t have an inbuilt camera.

DJI is the market leader in consumer drones, and for good reason: it’s been turning out high-quality models for many years. If you’ve ever watched and loved a travel video with drone footage, there’s a very good chance it was shot on a DJI.

The company unveiled the Mavic Mini 2 around a year ago an upgrade to a model that was already the firm favorite of new and mid-level drone pilots looking to shoot quality video without the size, weight, or price tag that usually accompanies DJI gear.

For a serious drone, the Mini 2 is tiny: at just 5.2×3.2×2.3 inches and under 8.8 ounces (249g), you’ll easily fit the drone into a jacket pocket. That second stat is actually the more important: as outlined below, flying drones is now a regulated activity in many countries, but models under 250g are often subject to fewer restrictions.

Despite its small size, though, the Mini 2 is far from being a toy. You’ll get up to half an hour of flight time, which is better than anything else of a similar size and weight. It also flies better than most other small drones, and although strong winds will still be a problem, it’s rated to handle gusts up to 24mph.

Range is up to six miles, with an automatic “return home” feature if the drone loses signal. Video quality is good, recording in up to 4k at 30fps. There’s also a built-in zoom: 2x at higher resolutions, 4x at lower ones.

The three-axis gimbal helps keep the camera stable even when the drone is on the move, making for much more watchable footage. Low-light performance is also surprisingly good. There are no collision-avoidance sensors, though, so be extra careful in crowded areas.

The drone comes in two configurations: the base drone, and a 'Fly More' kit that typically costs $100 more. The extra batteries, spare parts, and carry case are easily worth the extra money, so it’s worth picking up the kit if you can.

If you’re a total newbie looking to fly a drone for the first time, the Ryze Tech Tello is the ideal choice. Designed by DJI, one of the top names in the business (and maker of two of our other top picks,) this is a high-quality drone that’s ideal for beginners.

While there are lower-cost drones out there, they’re typically little more than toys, cheaply made by a company you’ve never heard of. The Ryze Tech Tello, on the other hand, is well-constructed, easy to use and fly, and has a number of useful features that make it a good choice for those new to drone ownership.

Despite being very lightweight at just 80 grams (2.8oz), the drone’s body can stand the odd hard landing, vital when you’re just learning how to operate a drone. It comes with quick-release propellers and a set of propeller guards that help protect it when you inevitably fly it into tree branches for the first time.

Collision avoidance is built in, while the dual antenna system helps ensure a strong and reliable connection. You can make the Tello take off just by tossing it lightly into the air, and it’ll land automatically even if you do happen to lose connection at the vital moment.

The 720p camera has electronic stabilization built in, and the drone takes surprisingly good video as a result. You can also shoot 5MP still images on demand. The app has a number of other tricks included, and you can make the drone bounce, do flips, circle around you, and more with a tap or swipe.

DJI lists the flying time at 13 minutes, which is more than most of the competition. As with most other drones under $100, though, you’re likely to achieve that only in the most perfect of conditions.

If you’re interested in making the Tello do more, you (or the kids) can code it to do so via the Lego-like interface of the Scratch programming language.

Given all it can do, and supported by one of the biggest names in the drone business, the Ryze Tech Tello is an easy pick as the best drone for beginners, and one of the best cheap drones overall.

Ready for a higher-quality, yet still beginner-friendly drone? Then the Potensic D68 is for you: a solid choice with excellent features, at a budget-friendly price.

The D80 has GPS built-in, and will automatically return “home” when the battery runs low or it loses connection with the controller. There’s one-touch takeoff and landing, and the app has several useful shooting options for better footage.

You can set the drone to follow the controller or a preset path that you’ve drawn in the app, or fly in a circle around a preset point. You can also set a limit on where it can fly, to avoid accidentally going out of range or into restricted airspace.

The camera records images at 4k resolution and video at 2k, and can tilt to 90º, offering several points of view with smooth, lag-free image transmission over 5Ghz Wi-Fi back to the app. Your phone mounts on the controller so you can easily see what’s going on.

Battery life is better than many in this price range, at around 25 minutes. The drone flies at up to 25mph (40kph) and is highly maneuverable, so there’s plenty of scope for getting those perfect shots.

The D68 comes with a hard case, ideal for storing the drone and accessories and avoiding knocks in transit. You get a couple of extra propellers in the box as well, useful if you happen to cause any damage while you’re still learning to fly.

While we still prefer the Mini 2 for travel thanks to its tiny size and fewer regulations, the extra features of DJI’s Air 2S make it a close-run thing if you want great video quality.

Now capable of rock-steady 5.4K video at 30fps (or 4K at 60fps) thanks to its three-gimbal stabilization system, the Air 2S is a highly-impressive consumer drone. The upgraded collision detection system helps ensure safe flying, and the maximum range has increased to 12km (7.5 miles). Sensors on the base of the unit help ensure a soft landing as well.

The Air 2S will return “home” automatically when it loses connection or runs low on battery, and reroute itself around obstacles even in crowded environments. North American models also get Airsense, which uses signals from commercial aircraft to show their location on an on-screen map.

You get a wide variety of control options, including several automated settings like object tracking that take much of the hard work out of capturing professional-looking footage. Still photographers haven’t been forgotten, with everything from HDR to low-light capture and shooting in RAW.

Although it’s noticeably bigger than the Mini 2, this is by no means a large drone, especially given what it can do. At 21 ounces (595g) and 7.1 x 3.8 x 3.0 inches when folded, it’s smaller and lighter than anything with comparable features.

As with the Mini 2, the Air 2S comes in two variants: either the base drone or a Fly More kit with a carry bag, extra batteries and propeller guards, neutral density filters, and more. Again, if you’ve got the money, the Fly More kit is the way to go.

While the Air 2S isn’t DJI’s highest-end model, it’s our pick for those wanting more than the Mini 2 offers. The premium Mavic 3 has many impressive features, but it’s bigger, heavier, and typically at least double the price. Aimed at professional drone cinematographers, it’s overkill for the majority of travelers.

What to Know Before Traveling With a Drone

So you’ve joined the ranks of drone owners, and want to take one along on your next trip. It feels like it should be as simple as unpacking it, letting it loose, and capturing amazing footage, right?

Not so fast. Drones are being increasingly regulated, with limits on where they can be used, whether you need a permit to fly them, or if they’re allowed at all. Ignoring the rules often means fines and/or confiscation if you’re caught.

Both the United States and United Kingdom have introduced licensing requirements for drones and/or the people that fly them, while Australia is planning something similar.

In Colombia, only drones under 55lb (25 kg) are permitted. Portugal, on the other hand, only allows drone flights during the day, and never over groups of more than 12 people. In Singapore, drones can’t fly within 3.1 miles (5 km) of any airport.

Countries like Argentina allow drones to fly freely if they have been registered, and a fee paid, before entering the country. Others, including India, Madagascar, and Paraguay, demand you obtain permission from the relevant authority. Certain countries or regions don’t allow drones at all, like Antarctica and Vatican City.

These restrictions are for recreational use only. For commercial use, drones almost always need to be registered before entering the country.

All of the above is just a sample, and rules change all the time. For a more complete, regularly-updated list of drone regulations, check out this excellent app (iOS and Android) by Anil Polat.