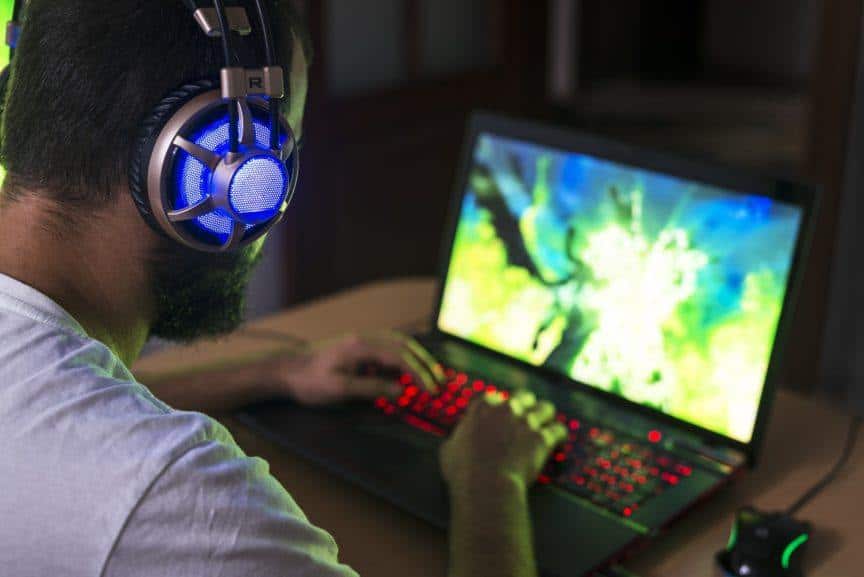 Whether you’re firing away on Fortnite, blissfully building on Minecraft, or causing a ruckus on Rocket League, it’s nice to be able to game on the go. Today the best gaming laptops are better than ever, often rivaling the performance of their desktop counterparts.

As always, there are several factors to consider when you’re looking to buy one. Graphics, CPU, cooling, and memory are perhaps the most important considerations, but battery life and the physical size and weight also matter. You should also consider the kind of games you play: you don’t really need a $3000 laptop if you’re mostly playing Among Us or Old School Runescape.

Finally, consider your budget. Unlike desktop PCs, gaming laptops are difficult to build yourself, so you’ll be unlikely to save money by going the DIY route. Instead, consider the specs you truly need to play the games you enjoy, and then search for a reasonably priced laptop with appropriate specs for those games.

There are many companies that build quality gaming laptops, with Razer, Dell, and MSI among the best of them. Based on our detailed research and analysis, these are our picks for the best gaming laptops of 2021. 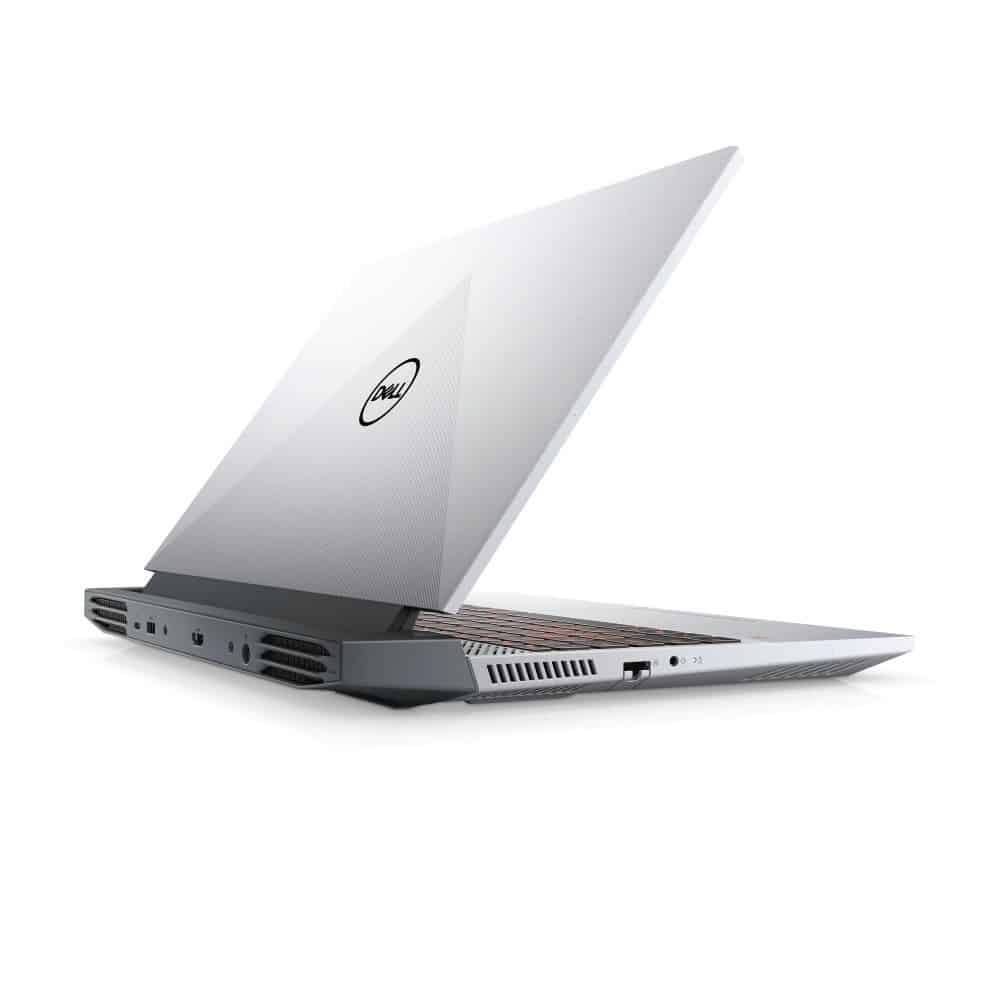 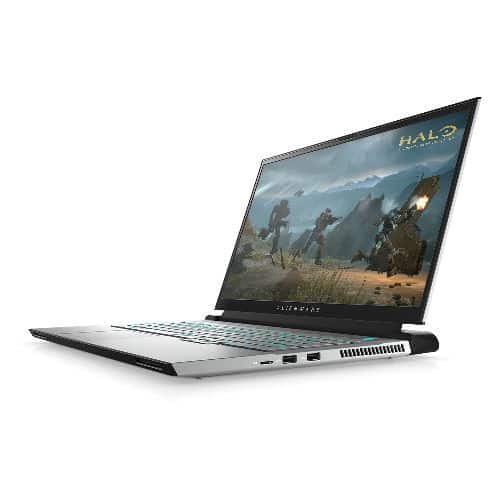 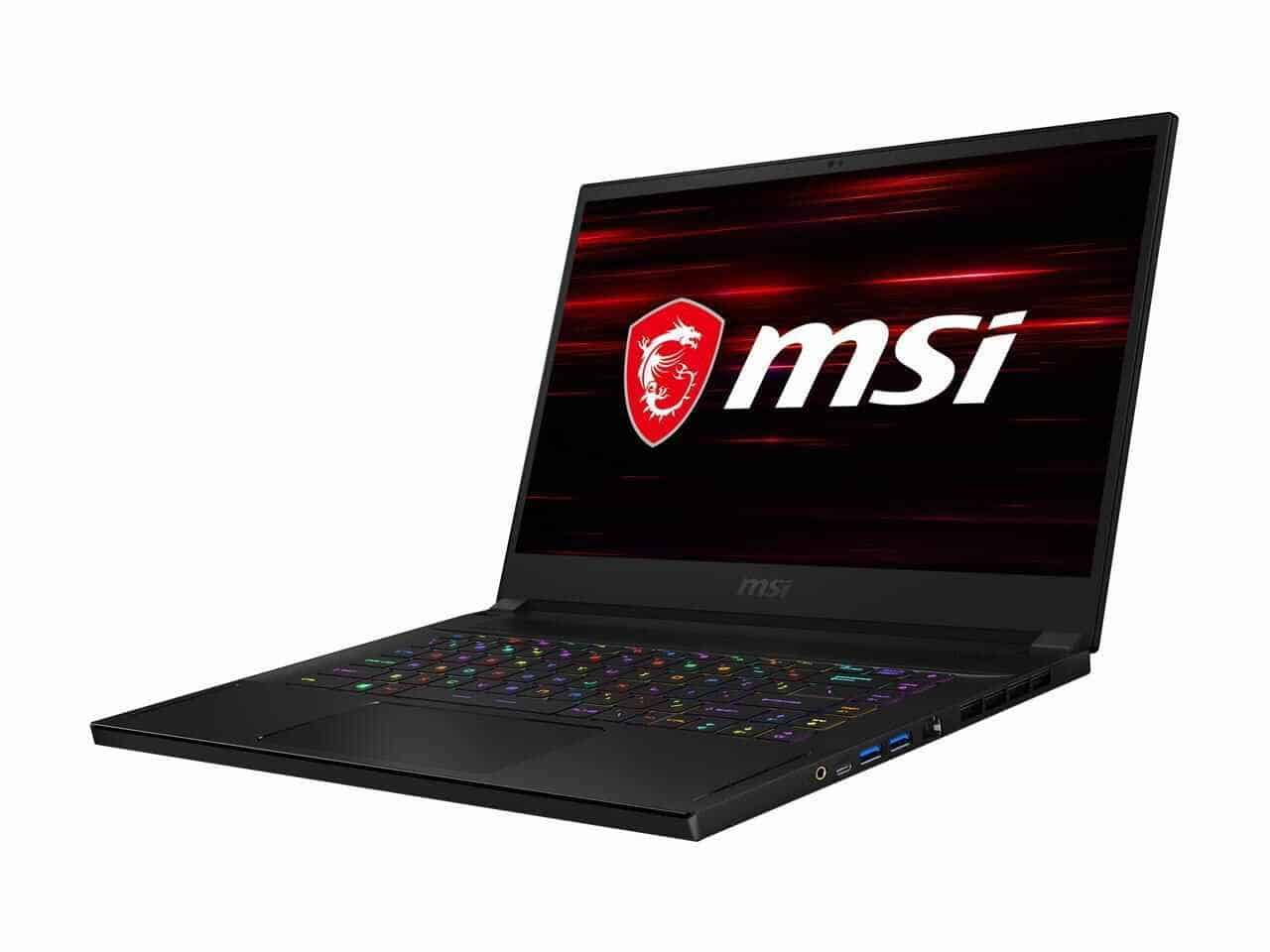 For several years, the Razer Blade 15 has been one of the best-selling lines of gaming laptops, and it’s not hard to see why. The Blade 15 strikes a nice balance between performance and price, making it accessible to a wide variety of gamers and budgets.

Known for excellent build quality, it’s also quite slim at 0.78″ thick, and weighs 4.6lbs. This makes it the best thin gaming laptop, and helps propel it to the top of the list overall in our opinion.

The Razer Blade 15 is also a decidedly slick looking laptop. It has definite “gamer vibes,” but it’s still plain enough to use in a coffee shop or the office without looking like you just crawled out of a LAN party. The keyboard uses the signature Razer Chroma backlighting, an RGB color schematic that syncs with other Razer devices. Backlighting can also be turned off, which greatly simplifies the look of this model.

For most gamers, the standard model will be sufficient, and that’s what we’re recommending here. This uses the Nvidia GeForce RTX 3060, a 512GB SSD, 165Hz FHD display, and 16GB of RAM. This is sufficient for most modern games at near-max settings. For serious gamers, however, the upgraded versions may be worth considering.

The main downside of the Razer Blade 15 line is that the trackpads are known to be a bit finicky. Of course, most of the time you will likely be using a portable gaming mouse anyway, so this isn’t too big of a concern for most gamers.

The latest addition to the Razer lineup, the Blade 14 strives for a middle ground between the blistering performance of the Blade 15 (above), and the compact dimensions of the Blade Stealth 13 (below.) It could so easily have ended up an awkward compromise, but instead it hits it out of the park If you’re looking for an AMD-powered gaming laptop, this is the one to buy.

The Blade 14 is only around half a pound heavier and half an inch wider than its smaller sibling, but that extra size is put to good use. You’ve got a choice of Nvidia’s top mobile graphics cards, from the RTX 3060 right up to the 3080, as well as a Ryzen 9 5900HX CPU.

That’s a hell of a lot of performance to cram into a machine this size, and while thermal limitations mean it’s about 10% slower than the equivalent Blade 15, it’s still an incredibly fast gaming laptop. Rounding out the spec list, you’ll also get 16GB of RAM, a 1TB SSD, and (on the higher spec machines) a 165Hz QHD display.

There’s a useful number of ports (HDMI, 2x USB C, 2x USB-A), a good keyboard and large touchpad, and a Windows Hello-compatible webcam that’s the norm on most consumer laptops but not a given on gaming machines. It’s an attractive, well-built, and relatively slim machine that fits easily into a backpack or laptop bag.

The only real complaint here is battery life, hardly unusual for a gaming-focused laptop. You might get up to seven hours of general use out of it, and far less if you’re pushing it hard with one of the latest games. It’s certainly not impossible for this to double as a gaming and productivity laptop, but you’ll probably want to keep the charger nearby either way.

Speaking of the charger, it’s a traditional barrel plug rather than the USB C PD chargers that are more common these days. That’s likely due to the amount of power the laptop requires, but still, it feels like a bit of a step backward in terms of size, weight, and convenience. Of course if you rarely move your laptop around, this won’t bother you in the slightest.

All of this technology packed into such a small chassis doesn’t come cheap, and if you’re looking for a budget gaming laptop, this isn’t it. For those wanting a compact yet powerful laptop that can handle almost any modern game, however, the Blade 14 is where it’s at.

If you’re looking for the best cheap gaming laptop, look no further than the Dell G15 Ryzen Edition. This budget-friendly model has adequate specs for casual gaming, along with solid battery life and a well-rounded build that makes it good general-purpose machine as well.

This model of the Dell G15 uses AMD’s Ryzen 5 5600H processor, which provides strong performance for the money. NVIDIA RTX 3050 graphics, 8GB of RAM, and a 256GB SSD round out this solid entry-level machine. These specifications are fine for casual gaming at moderate settings, but you’re not going to be able to run modern games at max settings.

The Dell G15 also makes for a good general-purpose machine because it doesn’t really look like a gaming laptop. Its simple design is as well suited to office or coffee shop use as it is to home gaming, and you won’t feel out of place editing documents, browsing the web, or doing other typical work/study tasks.

Other variations are available, including models with a faster Ryzen 7 CPU, extra RAM, and a faster graphics card. Depending on what’s on sale on the day, and how you mix and match the different options, you’ll almost certainly end up with the best gaming laptop under $1000.

For those who prefer a larger screen, the Alienware M17 R4 is perhaps the best 17” gaming laptop. The huge 17.3” FHD display has a 360Hz refresh rate, paired with NVIDIA-G SYNC technology for stunning visual performance.

The base model of the M17 R4 comes with an Intel 10th-gen i7-10870H processor and GeForce RTX 3060 graphics card, along with 16GB RAM and a 256GB SSD. There are several configurations available, ranging all the way up to an i9-10980HK and RTX 3070. We recommend the mid-tier model, which includes the worthwhile upgrade to the RTX 3070, plus a doubling of SSD storage capacity to 512GB.

Alienware’s advanced Cryo-Tech cooling system ensures a safe temperature range is maintained without excessive fan noise. This system, combined with the impressive specs (even on the base model) mean that you can run nearly any modern game with high-end performance. For even more speed, use the built-in Alienware Command Center to overclock instantly, temporarily boosting processing power.

This is a powerful, beautiful machine. As you might expect, it’s a bit pricey, which is the only real drawback to this laptop.

If you want to use just one laptop for work/school as well as gaming, the MSI GS66 Stealth is a great option. It’s an excellent gaming laptop, with the GeForce RTX 2070 Max-Q graphics card and a 10th-gen Intel Core i7 10750H.

It can run most modern games at mid-range or higher settings, although the graphics card may struggle to perform at max settings for some intensive games. The laptop is available in a variety of configurations, letting you tweak the specs to suit your needs and budget.

The thing is, it doesn’t look like a gaming laptop. That’s why they call it the Stealth, I guess. The simple, black design gives nothing away, making this laptop suitable for just about any task and location. Despite being fairly portable at 4.6lbs and .71” thick, it has the processing power to complete any work task you might face, even resource-heavy activities like video editing.

This model is also priced very reasonably, given its specs. The only downside is the cooling fans, which are a bit on the noisy side. They typically only kick in during periods of high CPU demand, though, so while you may notice more noise while gaming, your fans won’t bother your coworkers while you’re checking email at the office.

Many gaming laptops are downright bulky, weighing four, five or even six pounds. If you’re planning to move around and use your laptop outside the house, this can become a problem. On the flip side, you have models like the Razer Blade Stealth 13, which weighs in at just 3.26 lbs. The compact design and durable yet lightweight aluminum frame helps make it the best thin and light gaming laptop on the market today.

This is an ultrabook-style laptop with gaming-ready specs. The NVIDIA GeForce GTX 1650 Ti Max-Q graphics card is suitable for both light gaming and content creation, while the 120Hz FHD display makes games look great despite the smaller 13” screen.

The default model has a 1080p display with that 120Hz refresh rate. You can also opt for an OLED touchscreen display, with resolution up to 4K UHD. This touch screen model drops the refresh rate to 60Hz, however, and bumps the price up substantially.

Impressive battery life also bolsters the versatility of this computer, particularly with the standard display. Overall, it’s perhaps the best portable gaming laptop on the market, at least as long as you aren’t playing the latest and greatest titles.

The downside? It’s rather expensive, especially considering its moderate gaming specs. For a similar price, gamers could opt for a 15″ model with equal or better specs. With this model, you really are paying a premium for portability. 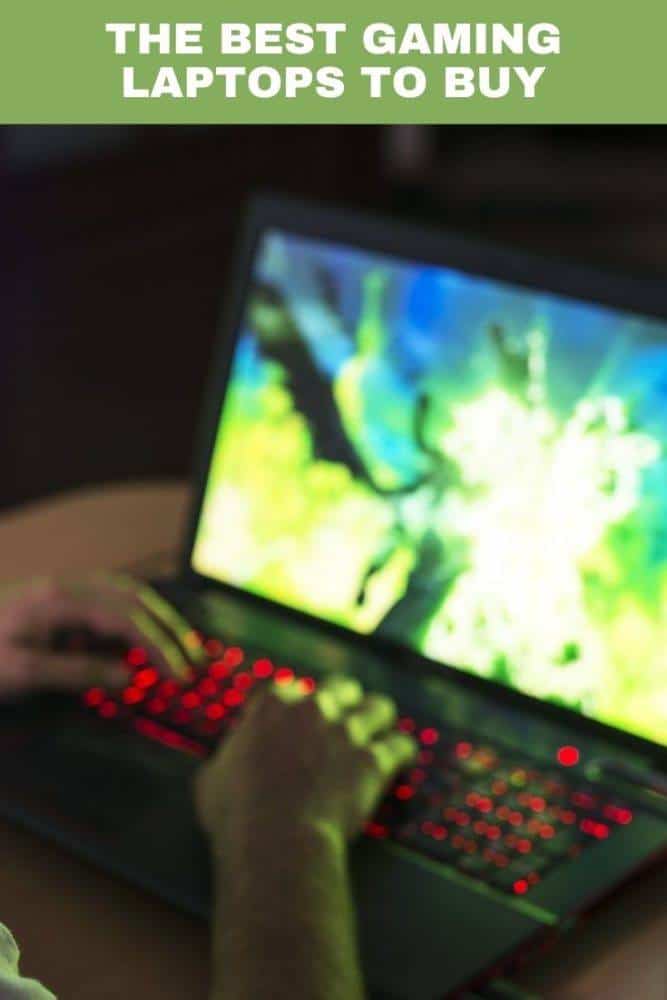