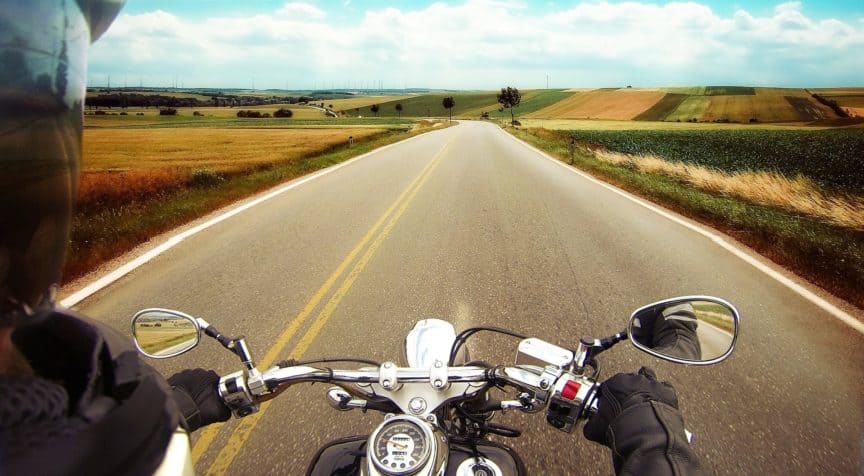 Until just a few years ago, if you wanted an action camera, you bought a GoPro. Thanks to good technology and better marketing, the company completely owned the market.

Recently, however, dozens of other companies have started making cameras that compete heavily on price and features. For many action camera buyers in 2022, especially those on a budget, picking one of these GoPro alternatives is a better option than buying the brand name version.

Picking the right model isn’t straightforward, however, and that’s why we’ve put together this buying guide. There’s often a big difference between cameras priced about the same, with a lot of garbage at the low end and high cost not always a guarantee of quality.

Whether you’re just after a cheap but good GoPro knockoff, a high-quality version for shooting 4k video, a great action camera for diving, or simply want the best-value action camera on the market in 2022, we’ve got you covered.

With even the cheapest GoPro Hero model starting around $200, it’s hard to believe you can get anything decent for around a third of that.

While there’s a lot of junk in the sub-$100 action camera market, search hard enough and you’ll find the occasional diamond in the rough. Right now, the shiniest of those diamonds is the Dragon Touch Vision 3.

Given its specs and what comes in the box, this little camera is quite the bargain. You get HD video at 60fps or 4k recording at 30fps, 16MP stills, and waterproofing to a very respectable 30m/98ft with the bundled case. Wi-Fi is built in, which lets you transfer footage and control most settings via the mobile app.

The Vision 3 ships with a pair of batteries rated at up to 90 minutes each, and a grab-bag of mounts that let you attach it to helmets, skateboards, handlebars, and more. You’d pay extra for all of these accessories when buying most other action cameras, making Dragon Touch’s offering even better value.

Of course, some compromises have been made to hit this camera’s aggressive price. Color saturation and image detail aren’t particularly impressive, especially in low light, and you’ll get much smoother video when shooting in HD than in 4k mode.

The 170-degree lens provides an extremely wide viewing angle, but that comes at the cost of barrel distortion (ie, curvature) at the edges. The mono sound recording isn’t the best and can be quite muffled, a common problem with cheaper devices. That’s less of an issue than you might expect, though, since the focus with these sorts of cameras is usually on the visuals.

Overall, with good lighting and a steady hand, this camera can deliver very usable footage both on land and under the waves. If you’re looking to try your hand at action photography and video but don’t have much money to spend on it, the Dragon Touch Vision 3 is the perfect place to start.

While you can get a perfectly passable camera like the above Dragon Touch model for under $50, spending a bit more gets you something considerably better.

Our top value pick is the Akaso V50X, which shoots video at up to 4K/30 fps, takes stills at 20MP, and has a variety of hardware and software features that lift it above the rest of the budget camera pack.

There’s a diving mode that compensates for the loss of red light underwater, and the inbuilt image stabilization does a decent job of reducing judder from vibrations and shaky hands. Battery life is standard for this type of camera, maxing out at around 90 minutes.

You can quickly switch between four viewing angles, from narrow to super-wide. This is something we’d like to see more often in low-cost cameras. Picking a narrower field of view helps avoid the barrel distortion that’s a hallmark of many action camera videos. There’s also a Distortion Calibration setting to help compensate for this issue.

Video quality is generally good, although colors can appear a little artificial or washed out if you’re not shooting in bright conditions. If you’re looking for 4K/60fps, though, you’ll need to go for the “Elite” model discussed below.

Akaso makes an optional clip-on microphone that plugs into the USB port on the side of the camera that’s a welcome addition, especially since the inbuilt mic isn’t particularly good. If you plan to capture usable sound to go with your video, particularly voices, plan to spend a few extra bucks on the mic as well.

To sweeten the deal even further, Akaso throws in a range of accessories. There’s an extra battery and dedicated charger, a wrist-mounted remote control, several different mounts, and a waterproof case that’s rated down to 40m/131ft.

There’s also the usual Android and iOS app support, connecting to your phone over Wi-Fi for controlling settings and transferring files.

As impressed as we are by the AKASO V50X, there’s one thing it doesn’t excel at: 4K video. If you want better 4k footage without spending a fortune, you’ll need to go for the V50 Pro Elite instead.

While most specifications are the same as the V50X, there’s one big difference with the Elite: it can record 4K video at 60fps. There’s electronic image stabilization when shooting at 4k/30fps and below, and if you want to shoot stills with it, the 20MP sensor does a better-than-average job.

You’ll get good color and detail from both video and still images, although a high-speed microSD card is vital for best results when shooting video at 4K/60fps. The camera won’t let you start recording at that setting if the card can’t handle it.

The camera feels surprisingly well-built, and there’s a bright 2″ touchscreen, Wi-Fi support, and a vast range of mounts and accessories included in the box. There’s up to 8x zoom, controllable from the camera, and you can even use basic voice commands to start video or take a photo.

So what’s not to like? Not much, really. The camera isn’t natively waterproof, unlike the GoPro models, although like the V50X it does come with a waterproof housing rated to 40m/131ft.

While you’ll get a few nice features like diving mode and wind noise reduction, you won’t get most of the fancy hardware extras like GPS, accelerometer, and gyroscope that GoPro includes. In all honesty, though, the majority of action camera buyers don’t need the data those sensors provide.

Overall this is a solid GoPro competitor for a lot less money, and is worth a very close look if you’re planning to regularly shoot 4k video.

Best for Flexibility: Insta360 ONE R

Insta360 has been one of the more innovative camera companies in recent years, and nowhere is that more evident than with its ONE R action model. Battling with the ongoing desire to add more features and flexibility without increasing the size, Insta360 went down the modular route, with impressive results.

The best-value version of the ONE R is the “Twin” edition, which includes both a 5.7K 360-degree lens and a 4K wide-angle lens that you can switch between depending on what you’re trying to shoot. If you’d prefer a camera with a high-end 1-inch, 5.3K sensor, no problem: there’s a module available for that as well, or you can buy it right off the bat.

Want a bigger battery pack, additional lens protection, or a dive case that extends the standard 16-foot water resistance out to a full 195 feet? No problem, they’re all available as extra accessories if you need them.

The camera software includes a bunch of different modes to enhance your shots, including Night Shot for low light conditions, Starlapse for impressive time lapses of the night sky, hyperlapses, HDR photo and video, and plenty more. It generally works well, although the occasional bug does pop up here and there.

Of course, all this flexibility isn’t much use if the quality of the stills and video isn’t up to standard, but fortunately that’s not the case here. While the GoPro Hero 9 Black is objectively better at both, the difference isn’t great, and casual users are unlikely to notice. What they will notice, however, is the price: you’ll pay less for the Twin edition of the ONE R than for the 360 version of the GoPro by itself.

Image stabilization generally works well with the ONE R, and you may even be able to get away without a gimbal unless you’re really throwing the camera around. Audio recording is also impressive with the two built-in mics, but if you want to use a pro-grade external microphone instead, there’s a 3.5mm socket for that purpose.

The companion app for desktop and mobile operating systems is full of extra features, stable, and reliable. That’s fortunate, since you’ll need to use it whenever you want to edit or pull footage off the camera: you can’t just move the files across.

Overall this is an ambitious experiment from Insta360, an experiment that has largely paid off. If you’re after a flexible action camera that combines the best bits of multiple other devices while costing noticeably less, the ONE R should be very high on your list.

Do you have young kids who’d like to film their own adventures? Not prepared to spend a whole bunch of cash to let them do it? Check out the VTech Kidizoom 180.

The bright design and simple controls are suitably child-friendly, while the ruggedized case protects the camera from both damage and water up to 6ft deep. The lens rotates through 180 degrees, so it can be used for both selfies and more traditional video.

A pair of mounts are included in the packaging. One’s for use on bike handlebars, while the other attaches the camera to flat surfaces like skateboards and helmets. A small amount of storage is built-in, but you’ll likely want a microSD card for extra capacity.

The non-removable battery lasts up to two hours. It charges via the included micro-USB cable, which is also used to upload photos and video to a computer.

Don’t expect your child to shoot an Oscar-winning masterpiece with the Kidizoom 180 (the 640×480 sensor is the same resolution as old camera phones from the early 2000’s) but it’s fine for getting started, at a price that’s very hard to beat.

Title image via farioff, other images via Amazon 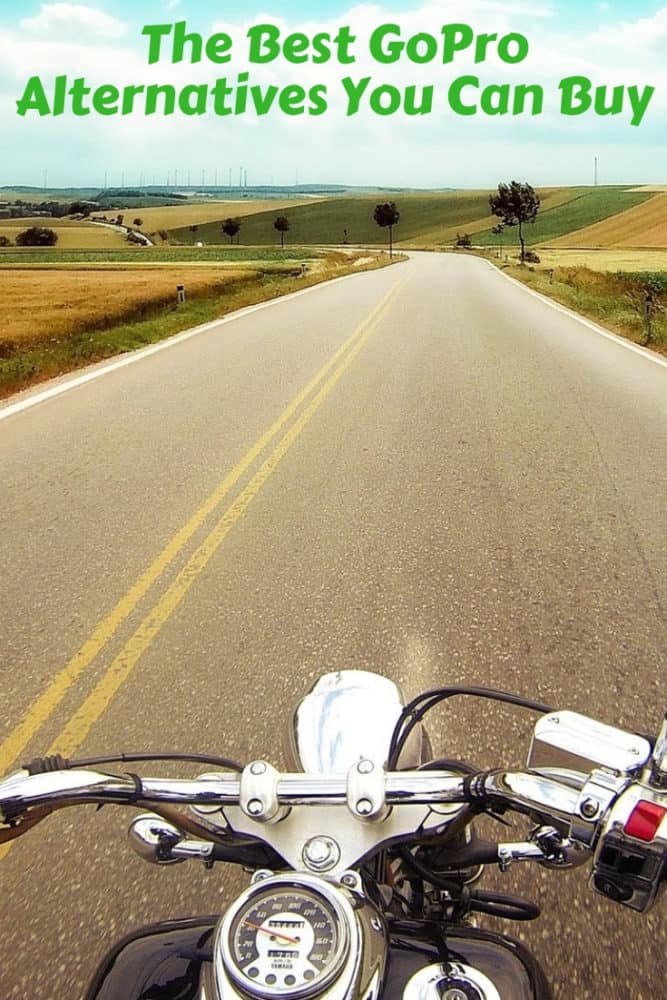