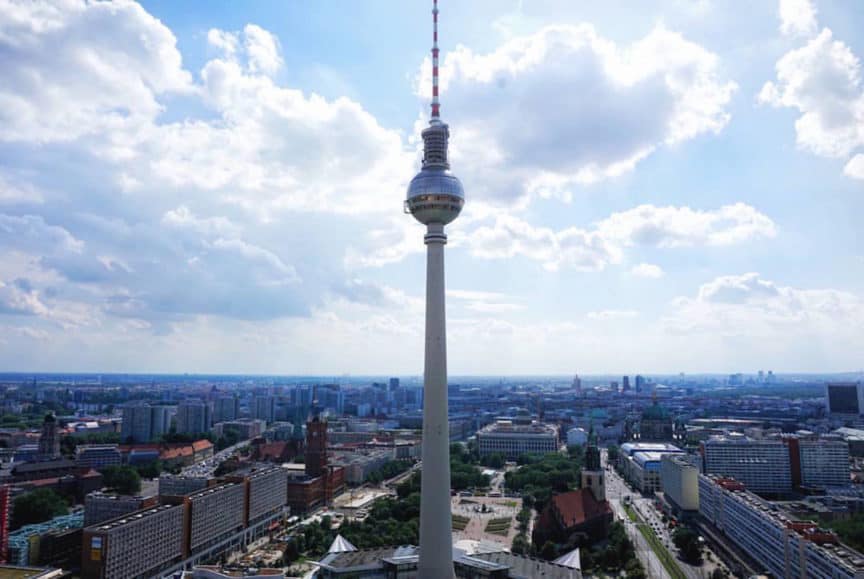 Berlin, the startup hub of Europe, is a popular destination for digital nomads and freelancers. You’d expect a happening capital city to be well connected to the rest of the world, and while anyone with a European SIM no longer gets hit with roaming charges, other international visitors often struggle to stay connected. Reliable, free Wi-Fi can be surprisingly hard to find.

With a bit of digging, though, it is possible to track it down. These are some of the best places for visitors to find free, safe internet access in the German capital.

Surf While You Sightsee

On nice days, why not sit at a bench facing the Brandenburg Gate and put the final touches on a project? If you get a call from a client around Alexanderplatz and need to check your email, head to the base of the TV Tower to connect to the internet.

Many of Berlin’s iconic monuments have been equipped with hotspots since 2016, making it easy to stay online while you’re out and about. Most of these can be found in the city centre, but others are scattered around Berlin and neighbouring Potsdam.

Culture with a Side of Wi-Fi

When the weather isn’t perfect — and let’s face it, in Berlin, it’s less than ideal most of the time — you can opt for culture with a side of Wi-Fi instead. The city’s museums are almost all equipped with a free hotspot, and on top of that, many have free-of-charge days, so you can find a quiet place to work without spending a cent.

The Bröhan Museum, for example, which specializes in Art Nouveau, provides free admission on the first Wednesday of the month. The Museum of Film and Television has an open-house policy each Thursday afternoon, and the Deutsche Bank Kunsthalle (the German Guggenheim) opens its doors to visitors without charge every Monday.

Mac or PC? It Doesn’t Matter!

Even if you’re not in the market for a new computer, two competing tech giants have plenty to offer when you’re starved for a connection. Both Apple and Microsoft provide spaces where people can catch up on emails or work on their latest projects.

Set on the famous Unter den Linden Avenue at the heart of Berlin, Microsoft runs The Digital Eatery (website in German only) with a coffee shop atmosphere, comfortable seats, and plenty of power outlets. The space doubles as a showroom where enthusiasts can test out the latest products.

You don’t need to purchase coffee or food to work there, but there’s a healthy selection of dishes if you fancy something. As a bonus, if you need technical support, the staff will help you for free.

While the Apple store on trendy Kurfürstendamm Avenue doesn’t have a café, you’ll find free Wi-Fi there, as well as desks, tables, and power. The open workspace concept appeals to some, but might not be everyone’s cup of tea. Apple provides its trademark Genius Bar service, where you can chat to a specialist and discuss any Apple-related tech issues you might have.

When You Need Wi-Fi for Longer

If you’re planning to do some work for a while, make your way to one of Berlin’s city libraries. While not all libraries offer free Wi-Fi to non-members, 20+ spaces in central Berlin recently started to do so. This page has the complete list of Berlin libraries with free Wi-Fi.

These libraries are mostly located downtown, as well as in Kreuzberg, Friedrichshain, and Charlottenburg. The American Memorial Library (Amerika-Gedenkenbibliothek) is one of the biggest libraries in the city, with rows of desks and working spaces next to large bay windows, looking out at a leafy setting. When you’re ready for a break from work and Wi-Fi, join one of the Tai Chi classes.

Great Wi-Fi on the Go

Some of the best Wi-Fi hotspots can be accessed while traveling through Berlin, or to other parts of Germany. The city’s subway (U-Bahn) system provides free, unlimited Wi-Fi access at each station. This is handy for getting notifications while on the go, as you’ll automatically be connected at every stop.

Most above-ground commuter train stations (the S-Bahn), however, don’t offer this service — and if they do, it’s only for a limited amount of time.

If you’re travelling between cities and need internet access, make sure to check which operators offer free Wi-Fi. The national train network, Deutsche Bahn, doesn’t have it but on the flip side, bus operators like FlixBus provide a limited amount for free.

It’s not typically enough to stream movies on lengthy journeys, but you can comfortably check emails, write content, or browse the web for hours. Each seat also has a power outlet. FlixBus is usually much more affordable than Deutsche Bahn for intercity travel, with fares from Berlin to Hamburg or Dresden costing less than 10 euros one way.

So yes, it’s possible to find free Wi-Fi in Berlin! While it might be trickier than in, say, London or Paris, connecting to a hotspot at no charge in the German capital is far from an impossible challenge.

Do you know of anywhere else offering it in Berlin? What about the rest of Germany? Let us know in the comments! 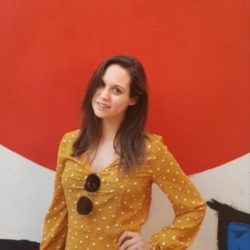 An avid traveler who has lived in 5 countries before settling in Germany, Marguerite runs the Berlin blog for expats, Berlin & Around. When she isn't writing, she's taking photos or planning her next getaway, near or far. 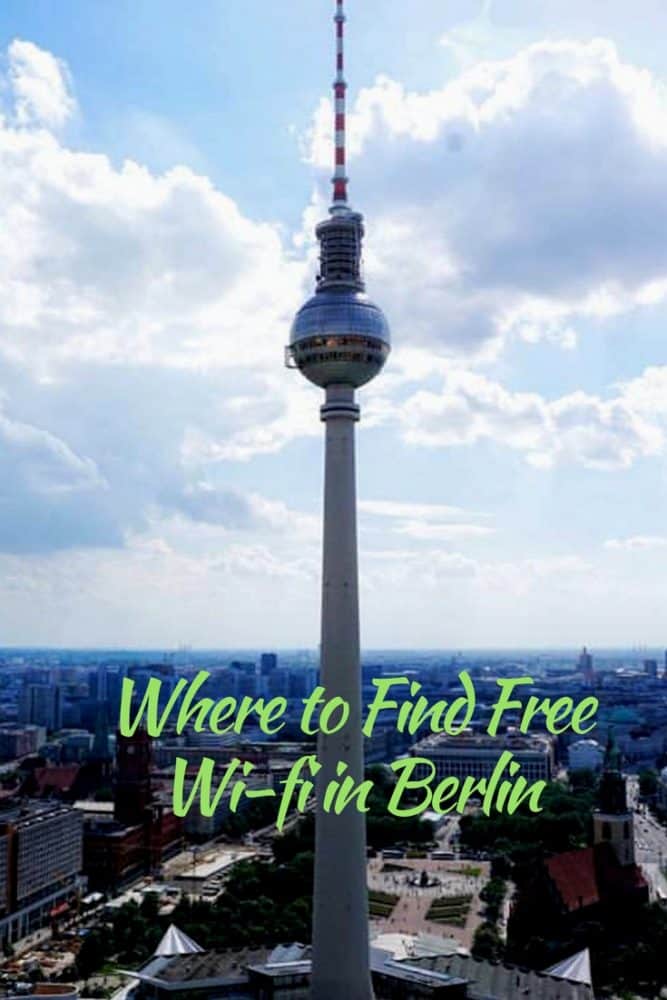