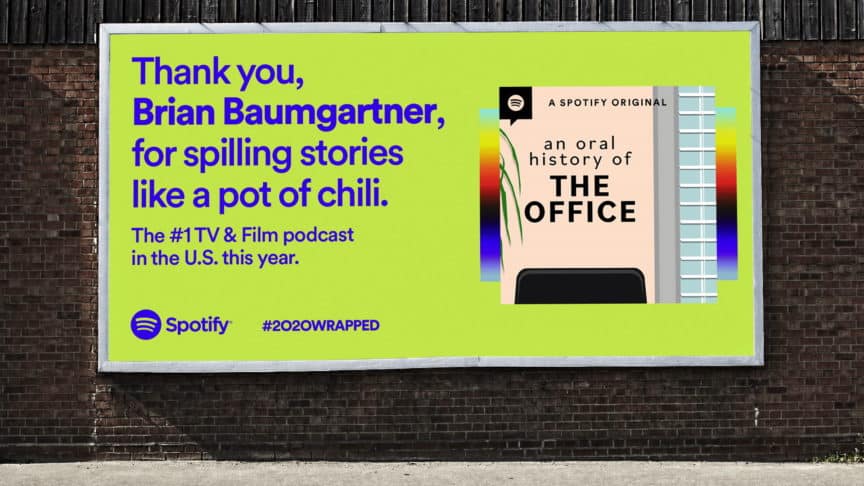 Podcasts seem to have taken the world by storm. The term wasn’t even invented until 2004 (as far as we know), and podcasting didn’t really become “a thing” until around 2009.

Today, you can’t throw a stick without hitting a nearby podcaster. It’s no longer just the domain of amateurs, either — top podcasts have millions of downloads a week, and the industry’s top hosts are compensated more like movie stars than radio DJs.

It used to be that you had to download podcasts to your, well, pod: likely an iPod, a Zune (remember those??), or perhaps a primitive iPhone. These days, while downloading episodes is definitely still a thing, many people stream them directly, just like their favorite songs.

While the podcast ecosystem as a whole is still largely free and open, an increasing number of services have created their own versions as well. Spotify is probably the best-known example.

Previously focused solely on music, in recent years the company has entered the podcasting industry as well. “Entered” might be an understatement: Spotify has exploded into the podcasting space, with a slew of exclusive deals, original podcasts, and massive investments in talent.

The result is a pretty sweet deal for Spotify users. I was happy paying just to get the music — with a thousand podcasts on hand now, I’m unlikely to ever cancel my Spotify subscription (which is probably the point!)

You don’t need to be a paying customer to listen to podcasts on Spotify, though: just like its music service, free access is available as long as you’re happy to hear ads as well.

Whether you’re paying or not, thanks to Spotify’s increasingly overwhelming catalogue, the bigger question is where do you even start? What are some of the best podcasts on Spotify?

Today, we’re attempting to answer that question, looking at Spotify Originals (created by Spotify or partners) and Spotify Exclusives (created by third parties but only available on the Spotify platform). Many other podcasts are also on Spotify, but since they’re not made by or exclusive to the company, they’re not our focus here.

In our opinion, these are the best Spotify podcasts right now.

Armchair Expert is a delightful long-form interview show with a variety of interesting guests. In the show’s own words, Armchair Expert “celebrates the messiness of being human”.

It’s hosted by Dax Shepard, an actor, comedian, writer, and podcaster (duh). You would almost certainly recognize him, but you probably forgot his name. Yes, he’s one of those celebrities.

The show does a great job of diving deep into the stories, life lessons, and insights that each guest brings to the table, while keeping things lighthearted, engaging, and often hilarious.

The fiction podcast category is much less fleshed-out than the talk-radio type shows that symbolize podcasting, but it’s a rapidly growing segment. For fans of fiction, and particularly of sci-fi, Spotify Original Red Frontier is well worth a listen.

Created by Gimlet Media, a podcast studio acquired by Spotify in 2019, the story follows Commander Taylor Fullerton and her crew as they navigate the harsh realities of life on a primitive Mars settlement.

The captivating tale explores the themes of isolation, trust, and mortal danger, while weaving an intoxicating story that will leave you on the edge of your seat. It’s the sort of show that you could easily seeing being made into a movie or TV series, but for now at least, it’s entirely in your earbuds.

Spotify Original Nosy Neighbors has an unusual premise that is executed well. The show’s hosts scan the internet for crazy, awkward, or hilarious stories about neighbors, often finding them on social networks and sites like Nextdoor.

The show provides a unique window into the oddities of modern human society, and it’s guaranteed to make you laugh. Everything from nosy Karens to petty neighborhood disputes and acts of neighborly kindness are featured on the show. You’ll truly have no idea what’s coming next.

The show’s hosts, Chinedu Unaka & Candice Thompson, have excellent chemistry and often go on hilarious tangents of their own, further bolstering the bizarre stories they find for us each week.

Sports fans, listen up: 10 Questions with Kyle Brandt might be right up your alley. The show is half-podcast, half-game-show, and it’s a very interesting spin on the traditional interview show format.

On it, “Good Morning Football” host Kyle Brandt welcomes a diverse crew of guests, including athletes from the NFL and other leagues, celebrities, and musicians. The show’s format is simple but unique: Brandt asks 10 questions of the guest, each one inspired by, but not necessarily directly related to, their career or life.

Each question is worth one point, so each guest is scored out of a possible 10 points. The show provides a unique window into the lives of iconic athletes like Eli Manning and Brett Favre, billionaire sports-teams owners like Mark Cuban, and actors like Matthew McConaughey.

Best TV Podcast: An Oral History of The Office

What kind of bear is best?

These are the kind of questions that keep me up at night. Well, up at night watching The Office.

The Office is a legendary piece of television and pop culture, and it’s developed one of the most loyal cult followings of any TV show. So, it’s no surprise that we now have multiple podcasts dedicated to this iconic show.

An Oral History of The Office is a fascinating behind-the-scenes look at the making of the show. It’s hosted by Brian Baumgartner (who played Kevin Malone) and features interviews with the show’s creators, cast, and crew.

The Spotify Original podcast pieces together everything that was going on in front of and behind the cameras, giving fans an exclusive look into the making of a masterpiece.

Okay, so the name isn’t the most creative, but we’ll give Crime Show a pass on that, given its excellent stories.

The show explores stories of true crimes, told by the people who lived them. Listen for a while, and you’ll realize it’s often far from clear who is the victim, and who is the perpetrator.

Spotify Original Crime Show explains not only the details of the crime, but the human emotions and feelings behind these events. If you’re looking for a unique spin on the ever-popular true-crime genre, give this one a whirl.

The Joe Rogan Experience is a bit like the Wild West of the podcast world. There are no rules, and things often get weird — and very controversial.

Comedian and former UFC host Joe Rogan sits down for long-form, rambling conversations with guests from all walks of life. Comedians, entrepreneurs, researchers, politicians, and more have all had their turns in front of the mic.

Topics cover everything from how to succeed in business to microdosing psychedelic drugs, and pretty much anything in between. This is one show where you truly won’t know where the conversation is heading from minute to minute, which is part of its explosive appeal.

JRE has been running for many years, but it’s now a Spotify Exclusive, after Rogan signed a massive $100 million exclusive contract in 2020.

For the entrepreneurial types out there, Spotify Exclusive StartUp is definitely worth a listen. Another show from Gimlet, it takes a very human approach to the world of business.

The primary storyline follows Alex Blumberg, one of the founders of Gimlet, as he starts, and then runs, his own podcasting company. Through his trials and tribulations, you’ll learn plenty about the world of business, often via the mistakes of people who didn’t really know a lot about what they were doing!

The show jumps around a bit, focusing on the story of Gimlet and its eventual acquisition by Spotify, but also branching out into other storylines throughout the seasons.

StartUp ended in 2020, but there’s a five-year back catalogue for listeners to work through. Give it a go if you’re interested in podcasting, startups, or the world of business.

Spotify Exclusive Uncivil takes a deep dive into a defining period of American history: the Civil War. The show explores topics and stories that were largely left out of the history books, giving listeners a raw-and-real look into a brutal and defining period.

The show discusses untold tales of resistance, covert operations, mutiny, counterfeiting, corruption, and more. A thread is woven through these eye-opening stories, connecting various themes to the political landscape of America today.

Uncivil had a relatively short run, ending in 2018. Once you’re finished, check out Dan Carlin’s Hardcore History for an ongoing history hit. We also named Carlin’s show one of the best podcasts for roadtrips, in part because of its 5+ hour long episodes!

Reply All, another Gimlet show that is now a Spotify Exclusive, is an extremely popular podcast about… a lot of things. The show began by focusing on the internet, telling tales of clever scams, unique stories, and strange corners of the internet.

As good as it’s been, the long-running show (started in 2014) had a major shakeup in early 2021, when the show’s host P.J. Vogt resigned over complaints about a toxic workplace environment.

New co-host Emmanuel Dzotsi now joins Alex Goldman to take the reins at Reply All. Many fans enjoyed the older episodes better, but we’ll leave that decision up to you. Either way, there is a huge back catalogue to enjoy. 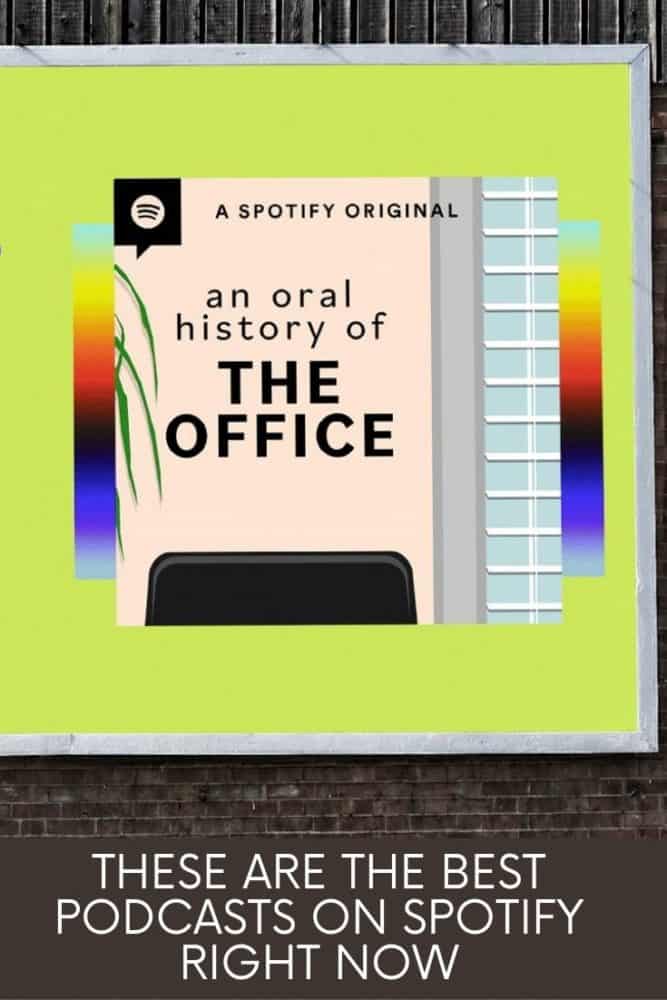