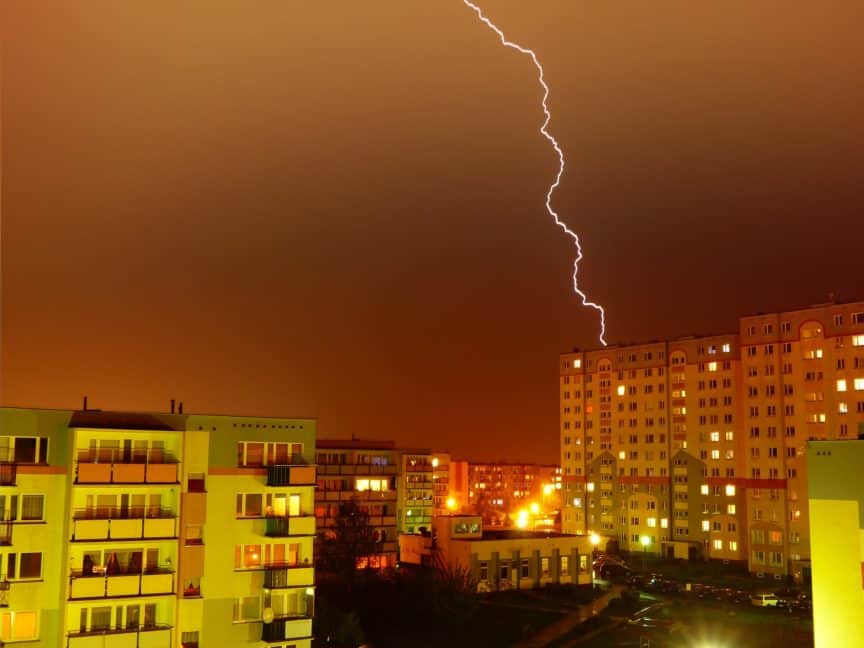 Surge protectors are one of those tech accessories that are profoundly unsexy, yet surprisingly important. Without getting too much into the jargon, these devices protect your electronics from a spike in electrical voltage during a power surge, something that happens more often than you might imagine.

Plugging directly into a wall outlet, most models have several sockets so you can plug in and protect multiple devices at once. If you’d prefer to avoid a hefty bill to replace a fried phone, TV, or laptop (and who wouldn’t?), a surge protector is the way to go.

What to Look for in a Surge Protector

Surge protectors come in a variety of shapes and sizes with a seemingly-endless number of specifications and features. You’ll need to weigh up a few different aspects to find the right choice for your particular needs.

A joule is a universal measurement for a unit of energy. Every surge protector comes with a joule rating that determines how much electrical energy it can absorb during a power surge.

In simple terms, the higher the joule rating of your surge protector, the more protection you get. Shoot for something with at least 600 joules of protection as your baseline, and the more the better.

If you’re a traveler, the portability of your gadgets is an essential factor. In this case, you’ll want a surge protector that’s compact, lightweight, and plugs directly into an outlet.

For home use, however, a larger-bodied surge protector is often better. It typically provides a greater level of protection, and provides extra leeway when using bulky plugs. In addition, a home surge protector often has a cord rather than plugging directly into the outlet, so you can place it inconspicuously behind or under furniture.

Think about what you’ll plug into the surge protector. Do you have just a phone and a laptop? Or do you need to plug in an entire home theater system? This will make a drastic impact on which surge protector you choose. For more convenience, look for options that combine several outlets with a few USB ports.

The last piece of essential information is sorting out the confusion between a power strip and surge protector.

Power strips simply split one outlet into several, letting you connect multiple devices at once. Most (although not all) consumer surge protectors also split a single outlet, but with the added benefit of safeguarding anything plugged into them from a voltage surge.

So from small, travel-friendly devices to models ideal for the home office or living room, these are our picks for the best surge protectors of 2023.

If you’re one of the many people who have transitioned to working from a home office over the last year, the Witeem Power Strip Surge Protector is your greatest work ally. With eight outlets and four USB ports, you have everything you need to plug in and protect a computer, monitor, printer, and virtually anything else you need to have a productive day.

The Witeem Power Strip Surge Protector is also one of the safest surge protectors available today. It offers a whopping surge protection of up to 4,360 joules, easily eclipsing most other surge protectors costing under $100. It also has a durable, fire-retardant housing that can withstand temperatures up to 750°C (nearly 1400°F).

The final touch to this surge protector is a six-foot cord, which gives you the added convenience of hiding it wherever you need. Our only real complaint is that the sockets can be quite tight when inserting and removing plugs, but overall, it’s a great option for the industrious remote worker at a very reasonable price.

Philips has a long history of making high-quality equipment, with offerings going back to the late 19th century, and the company’s 6-outlet surge protector is no different. Despite the pedigree, it’s an inexpensive device, and our pick for the best budget surge protector as a result.

With six outlets, good portability, and surge protection up to 900 joules, it has everything you need in one slim, low-cost package. This particular version doesn’t have USB sockets, but there are similar, slightly larger models that also include twoor four USB sockets if you need them.

This model comes comes in five colors to meet your personal tastes (white, black, coral, grey, and teal), and there’s a light on the top that lets you know when surge protection is active.

The only drawback to this device is the plastic stabilizing lug on the back. It’s useful, but using it requires there to be two three-prong outlets, one above the other. That’s not an unusual configuration in most hotels and offices, but it’s worth knowing before you buy.

When you need useful surge protection coupled with a lightweight design appropriate for travel, the Accell Power Travel Surge Protector is an excellent choice. Weighing just 6.4 ounces, this is one of the lightest surge protectors available. It fits easily in a small carry-on bag, helped by the fold-down plug on the top.

It has two USB outlets for phones and smaller electronics, and three outlets that for once are in intelligent locations: one on the front and one on each side. This ensures you can plug in bulkier adapters that often cause you to lose an outlet on other surge protectors.

There’s an LED light to let you know surge protection is active. Maximum protection levels aren’t as high as some other models, but are still adequate at 612 joules. If that’s causing a few second thoughts, don’t stress: Accell backs this product with a five-year limited warranty that provides $100,000 worth of protection if the device doesn’t deliver.

The search for a compact surge protector ends with the Allococac PowerCube.

As the name suggests, this surge protector is a simple cube design. Complete with four outlets and two USB ports, you can charge everything you need without taking up much in the way of valuable desk or suitcase space. It’s also pretty inconspicuous, and gives you the ability to plug devices in without a cumbersome housing or a lengthy power cord.

One of the most innovative features of the PowerCube is that multiple units are easily plugged into each other, giving you even more outlets if you desire. In addition, this surge protector also has an extension cord accessory (not included) that gives even better accessibility if the wall socket is behind furniture or otherwise hard to get to.

The only downside is a low 175-joule protection rating. On the bright side, this is still far better than plugging your electronics straight into the wall, but if maximum protection is a priority, you’ll likely need to pick another model.

If a compact and innovative power “strip” with some degree of surge protection is what you’re after, however, the PowerCube should be right near the top of your list.

If you need a surge protector that combines the best of protection and versatility, the Addtam Surge Protector is a solid choice. This 8-in-1 power strip/surge protector has three fast-charging USB ports and five outlets, including one that’s offset to handle bulkier power adapters.

A thick, flexible power cord with a soft-touch fabric easily bends to give you the access you need, while a flat plug head allows you to put furniture up against the wall without a problem. Rated to 900 joules, with a fireproof shell that handles temperatures up to 750°C (~1400°F), you’ve got plenty of protection against power surges, spikes, and other electrical problems.

An added benefit is the company’s customer service and warranty. If you’re dissatisfied with the product for any reason, simply return it within 30 days for a full refund. Addtam also offers a 12-month replacement warranty against manufacturer’s defects, and 12-hour responses to any questions or concerns you have.

Avid gamers can rejoice thanks to this APC surge protector. Designed by highly-reputable Schneider Electric, it’s the ultimate option for those who need tons of outlets for their gaming accessories.

With 11 outlets and two high-speed USB charging ports, it’s highly versatile, covering almost any need. Chances are if you need more outlets, your gaming habits might be on the fringe of obsession. Not that we’re not saying there’s anything wrong with that!

Another useful feature is the APC’s lighting alert systems, which let you know if the surge protector is working properly, overloaded, or even if there’s a problem with wiring in the building.

This surge protector is equipped with APC’s proprietary SurgeArrest Technology. This feature uses multiple varistors and a thermal fuse that reacts instantly to powerful surges from lightning and other extreme scenarios, keeping your gaming consoles safe.

Backed by a huge 2880 joules of protection, your PlayStation, computer, or Nintendo Switch is about as isolated as you can get from bad power. It’s not a small device, but since you’re unlikely to be traveling with it, that’s not a big problem. Given its intended use, it’s likely to get set up behind a desk and rarely moved again.

Although power surges don’t happen every day, they do happen. Before you decide to plug your expensive gadgets straight into the wall outlet, remember that for a small price, you can provide them with extra protection. Think of surge protectors as a simple insurance policy for your electronics. 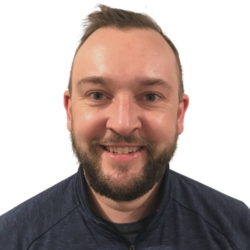 Eric Schad is a well-versed writer who has been penning articles about travel, tech, remote work, and cars for a decade. Since 2013, he's lived in and visited over 20 countries. 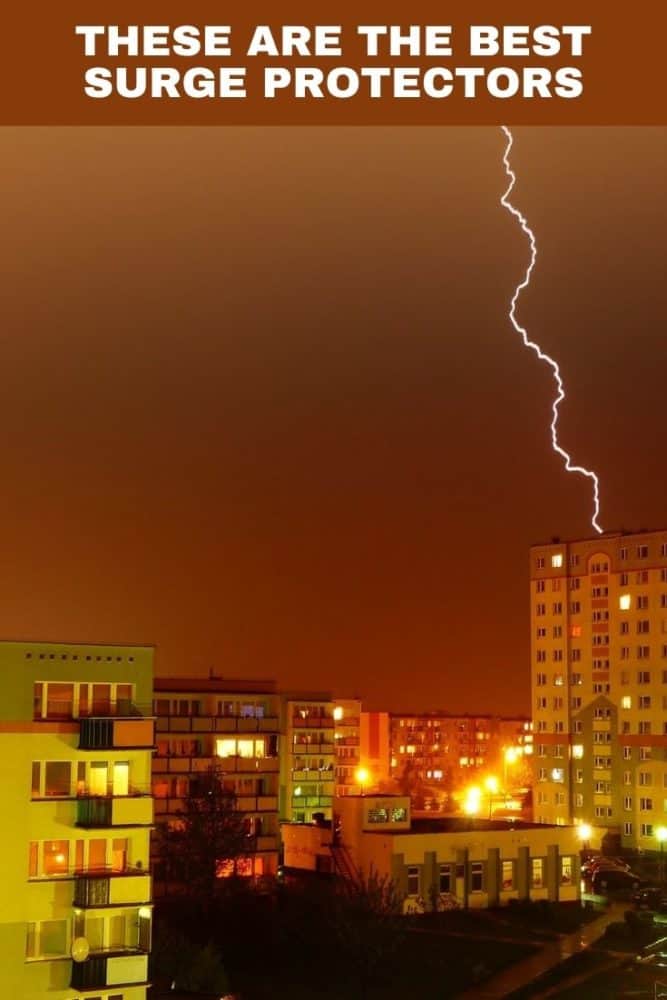