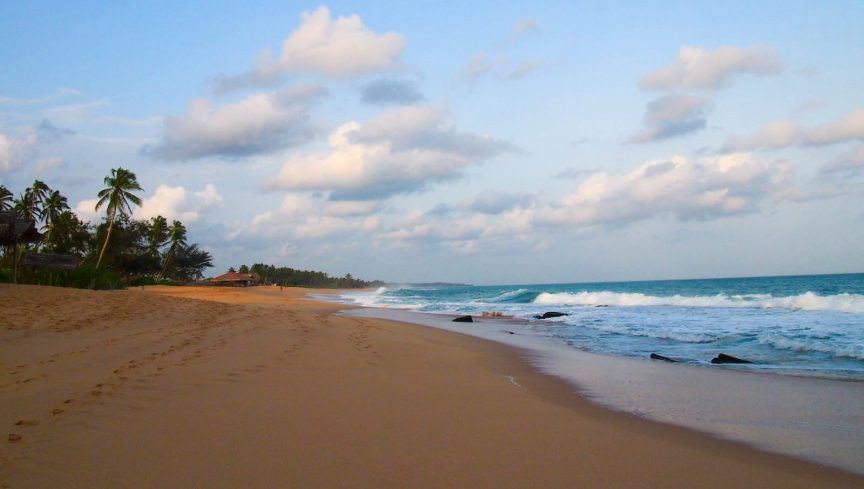 With so many travel tools, services, sites and apps out there, it’s very hard to know which ones are genuinely good and which ones are mediocre or worse. Spoiler: most fall into the second category.

To help out with that, we’ve come up with a shortlist of our favorite tools and services. We’ve only included the ones we regularly use ourselves and can personally vouch for.

I’ve said it for a long time: if you can’t afford travel insurance, you can’t afford to travel. I’ve had friends who’ve run up medical bills in excess of $100,000 after a travel accident. Those costs would have bankrupted them if they didn’t have insurance.

Flights get canceled, gear gets lost, stolen or damaged, family emergencies require a sudden end to the trip. Bad things happen on the road, and that’s what insurance is for.

I’ve used a few different travel insurance providers in the past, but for the better part of a decade, I’ve kept renewing my policy with the same one: World Nomads.

They provide cover for people all over the world, keeping prices competitive by focusing on the things travelers need and leaving out what they don’t.

You can pick any duration from a day to a year, and they’re one of the few companies that let you extend and renew your policy online no matter where you are in the world at the time. That’s really important, since many others require you to be in your home country to do that.

You can add extra electronics cover for expensive items like cameras and laptops, and I’ve found their support very easy to deal with, both on social media and by email. I’ve had to make claims twice, once for a broken phone and once for damage to a rental car, and the process was quick and painless both times.

They’ve been around for many years, and are endorsed by both National Geographic and Lonely Planet. Every year when my policy is up, I research my travel insurance options… and every year, without fail, I end up renewing with World Nomads.

Note: if you live in the UK or EU, it’s worth taking a look at Globelink as well, since prices can sometimes be a bit cheaper. As always, compare the policy details carefully.

Get a quote from World Nomads

There are dozens if not hundreds of hotel booking sites out there, and they’re all much the same, right? That’s what I used to think, but I couldn’t find anyone who’d actually gone and done the research to prove it, so I decided to do it myself.

The end result? Agoda came out top of the list, so that’s who I’ve used for almost every booking since.

The site and apps are fast and easy to use, with a huge number of hotels available. More importantly, it came out cheapest overall in my testing. Sometimes that was only by a dollar or two, but sometimes it was by quite a bit more, with “Insider Specials” if you sign in.

Usefully for connected travelers, the type and location of Internet access is clearly displayed. If a hotel only has Wi-Fi in the lobby, you’ll know about it before you book.

Taxes and fees are clearly displayed on the booking screens, and I’ve had speedy service from customer support on the rare occasion I’ve needed to deal with them. Agoda is the first site I turn to when looking for a hotel, and so far, I’ve found no reason to change.

Virtual Private Networks aren’t the most exciting of topics. Even the name sounds technical and boring, right? In some ways it is, and yet a VPN is one of the most important tech services for travelers.

On a basic level, it creates a secure “tunnel” between your device and a server run by the VPN company, with the contents invisible to anyone in between.

It’s a way of keeping your personal information safe on those insecure Wi-Fi networks we all connect to while traveling. Airports and bus stations, cafes and bars, even hotels and guesthouses often don’t have secure Wi-Fi.

Unless you’re using a VPN, any networks without a password are ripe for even the most unskilled “hackers” to grab your details as they fly through the air.

Many governments like to block and censor various websites, and a VPN is also the best way to get around most of those barriers. Don’t assume it’s just places like China and Iran that do this, by the way. Everywhere from France to Australia, the United Kingdom, and even the United States have government-mandated censorship in some form.

Finally, if you’ve ever tried to access your favorite shows or sites back home while you’re traveling, only to be denied because you’re not in the same country, a VPN can sort that problem out too.

So which service do I use? I’ve tried several, but when it comes down to it, ProtonVPN is the one I now use consistently, and recommending to almost every traveler.

It’s extremely easy to install and use, on both mobile and desktop, in a way that many competing products aren’t. Pricing is on the higher end for consumer VPN services, but there’s a basic free options and discounts for longer subscriptions, and it offers noticeably more than the competition.

It’s one of the few VPN services that is consistently able to work around internet censorship in China, and it worked extremely well when accessing Netflix, BBC iPlayer, and other geo-restricted streaming services when traveling overseas as well.

Internet speeds don’t take much of a hit when using ProtonVPN, one account covers up to ten devices, and the company doesn’t log any details of what customers do with its service. It’s a winner.

My full review of ProtonVPN has more details, written after a few months of continuous use while traveling in Cambodia and Thailand.

If you’ve already got airport lounge access, maybe through your credit card or frequent flyer program, you’ll already know just what a difference it makes on a long travel day.

Quiet surroundings, free food, drinks, and Wi-Fi, and often perks like newspapers, showers and more. It’s about as far removed as you can get from fighting it out in the departure hall with everybody else.

For the longest time, I didn’t have access to any lounges. My credit cards didn’t include it and I wasn’t loyal enough to any airline to get anywhere near their lounges. I eventually decided to splash out on a Priority Pass, and it turned out to be an inspired choice.

It’s an independent access program, giving access to 1000+ airport lounges around the world regardless of the ticket you hold. The accompanying app has useful features like lounge information and a digital version of your membership card.

From a shower, nap, and delicious chiliquiles in Mexico City to hitting deadlines during a layover in Madrid, the pass easily paid for itself long before the year was up.

I wrote in much more detail about the experience here, but suffice it to say, when it came time to renew my membership, I didn’t think twice about it.