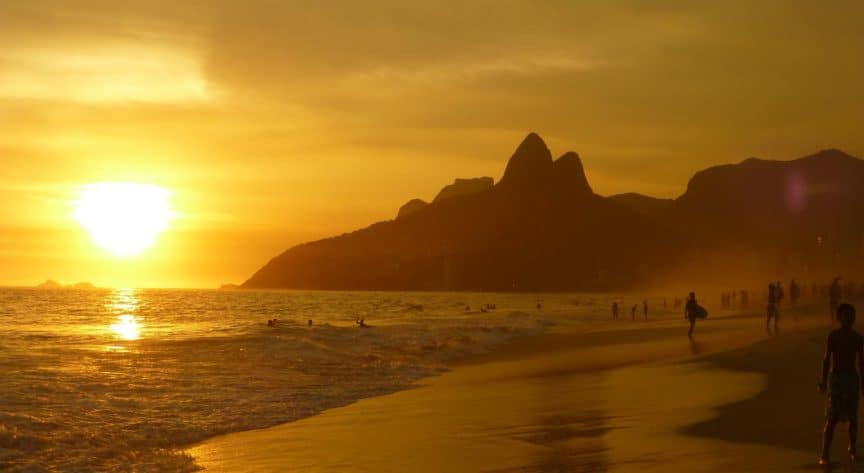 Covering nearly half of South America, Brazil is an amazing country to visit. Home to 70% of the Amazon basin, it’s full of dense rainforests, world-class beaches, and some of the biggest metropolises on the planet. Whether you’re there for a few days or a few months, you’ll leave feeling as though there’s still so much more to see.

Brazil is one of the most developed countries in the region, but Wi-Fi is still generally slow and unreliable. If you need decent internet, a local SIM card is the way to go. Fortunately, the process is straightforward, and most packages available to travelers offer good value for money.

It’s worth mentioning that WhatsApp is the go-to form of communication in Brazil. If you don’t already use it, you may wish to install it for your visit. I used it for booking accommodation, transport, and tours on numerous occasions.

Got travel insurance for your Brazil trip yet? A good policy can cover you for all kinds of sticky situations, from medical emergencies to canceled flights, theft, lost luggage, and more. We've been using World Nomads for over a decade.

A CPF, Brazil’s national ID number, is used for many things including mobile phone contracts. As a non-Brazilian traveler without a CPF, many networks and SIM packages will therefore be unavailable to you.

There are four leading mobile phone networks in the country: Vivo, Claro, TIM, and Oi, but Claro & TIM were the only two I found willing to sell me a SIM card without a CPF. I ultimately chose to go with Claro, since at the time it offered a package that was better value for money and suited my needs.

LTE is available in Brazil across all states. While Vivo is the leader by market share, TIM has the largest 4G/LTE coverage in the country and Claro offers the most 3G coverage.

How to Buy a Prepaid SIM Card in Brazil

Purchasing a SIM card with Claro is straightforward: all you need is your passport. It took about 20 minutes, the staff set it up on my phone for me in-store, and it worked straight away.

Claro has a visible retail presence throughout the country, with a high street store in every city and town I visited. Official TIM stores were easy to find in large cities, but not so elsewhere: I don’t recall seeing any outside the main cities. None of the four airports I flew into in Brazil had an option to purchase a SIM card there.

A smaller TIM store in São Paulo said it wasn’t possible to purchase a SIM at that particular outlet without a CPF. This could cause problems if you’re buying away from the main cities or tourist areas.

My SIM stopped working a week after I bought it, because it hadn’t been registered at time of purchase. That should have been done by the store which sold it to me. The staff in the second store I visited were able to resolve this easily for me, though I needed to provide my passport again.

With Claro, if you speak Portuguese, you can call 1052 for customer service, check if the SIM has been registered, and do so yourself if required.

SIM cards are available from many corner stores, so you don’t need to buy at an official store if you don’t want to, but don’t expect much in the way of assistance if you buy elsewhere.

If you go for TIM, check out the comments below — a helpful reader has outlined the process for registering the SIM yourself (in English) via calling the company’s help line. Thanks Ravi!

Can't be bothered with the hassle of buying a local SIM in Brazil? OneSIM topped our international SIM card comparison.

Packages are offered as weekly bundles. You select the package you’d like, and then pay upfront for the number of weeks you need. It then automatically renews each week until the prepaid value has been used up.

There are a number of different packages on offer, and the latest offers can be found here (link in Portuguese). I ultimately found it simpler to speak to someone in-store, as they were able to offer a package that met my needs more closely.

I paid R$10/week (approximately $2 USD) for 1GB of data, unlimited calls to all networks, unlimited texts to other Claro numbers, and unlimited WhatsApp. Since I was using the auto-renewal, I received an extra 1GB of data per week as a bonus.

As I mentioned earlier in this post, WhatsApp is the go-to communication tool in Brazil. Because of this, most packages don’t count its usage against your data allowance. This includes WhatsApp voice and video calls, making it a really cost-effective way to call foreign numbers.

There is also a one-off R$10 cost for the SIM card, a standard amount for each provider.

Claro and TIM also offer tourist-specific packages. These were similar to those available to everyone, but with fewer options, it’s harder to find something that fits your specific needs. If you enter a store in a tourist area and don’t speak Portuguese, you’ll likely be offered these packages.

Once your prepaid period is over, or if you use up your allowances, you’ll need to top up your balance.

A CPF is needed to top up your Claro balance directly via your phone or online. As a result, foreign travelers will need to visit a store to pay with cash or credit card in person, or buy top-up cards from street vendors, supermarkets, etc to load onto the phone themselves.

As we’ve mentioned in the past, Brazil’s telephone number convention can be confusing at first. Numbers take the following format: +55 (AA) 9 xxxx-xxxx

The 9 is a recent addition to mobile numbers, and it seems some Brazilian numbers can get away without using it. Even so, if you’re calling or texting a mobile, check the 9 is there before the phone number if you want to be sure.

If you’ve not been given a number’s area code,  you can Google the town you are contacting followed by “DDD”, e.g. São Paulo DDD”, to find it out.

As expected in a country the size of Brazil, coverage and speeds varied across the country.

I had coverage nearly everywhere I went during my trip. The only places I had no service at all were the Pantanal wetlands, Chapada Diamantina National Park, and the Amazon basin.  None of those were a surprise, given their remoteness.

Similarly, the places where I had noticeably slower data speeds were also quite predictable: beaches away from towns, rural locations, and so on.

Other than that, I had strong coverage for my full two months. Data speeds were comparable with (and at times, felt like they exceeded) those back home in the UK.

As a lover of maths, adventure and photography, Emily has spent several years working in finance and travelling as much as her holiday allowance lets her. Recently though, she has left this life in search of snow, mountains and poutine in Canada. You can follow her adventures at In Emily’s Eyes. 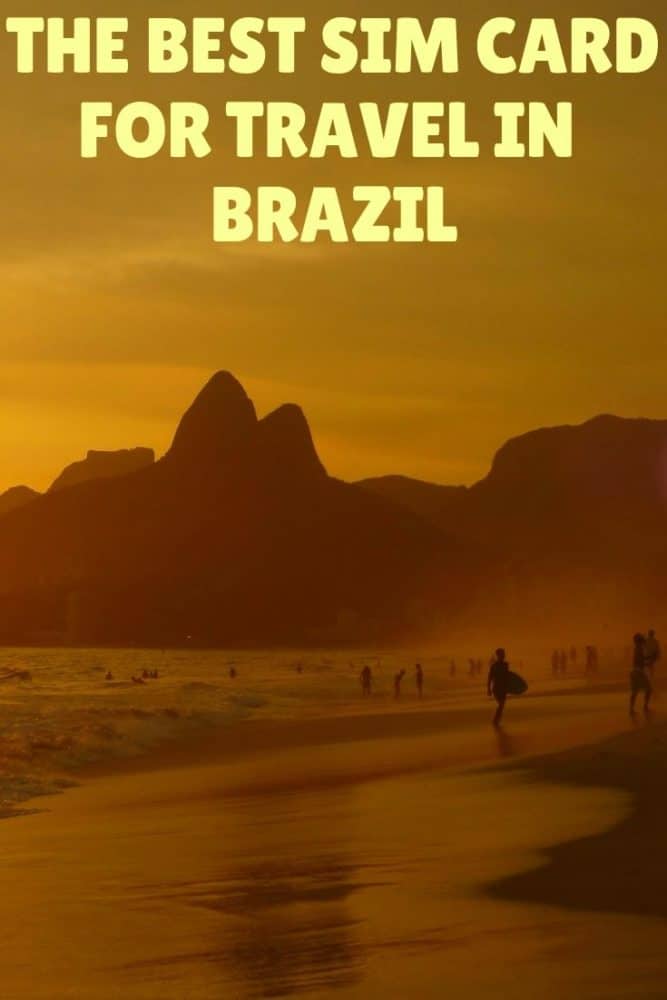