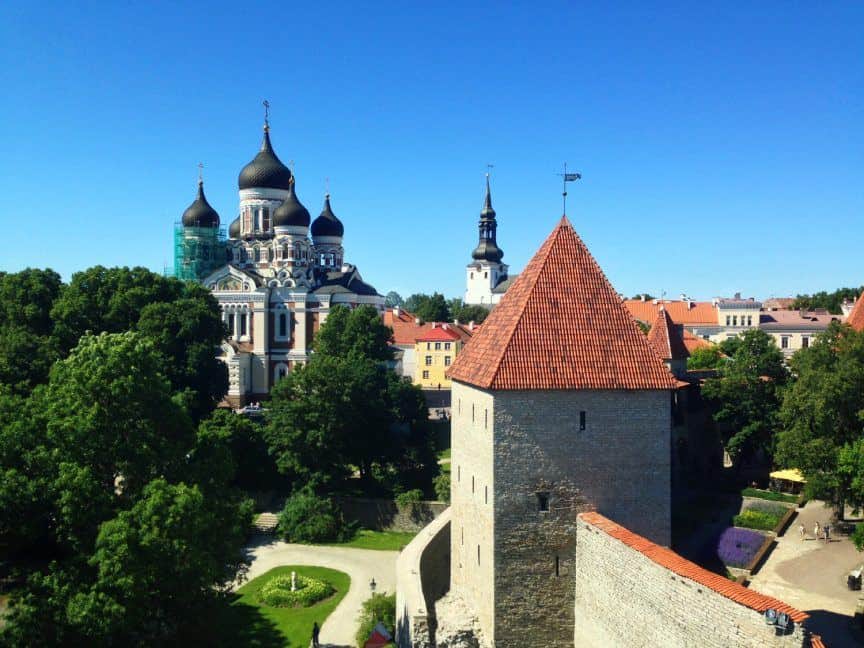 Perhaps more than any other country in the world, Estonia loves the Internet.

The capital city of Tallinn and much of the country rolled out free public Wi-Fi back in 2005, there are more mobile phones than people, and cell providers now offer LTE-A that reaches speeds of up to 300Mbps. No, that’s not a typo.

Depending on where you go in the country, you may not even need to bother with a local SIM. Tallinn alone has over 30 free hotspots, with download speeds of 15Mbps.

In fact, as a Guardian article from a few years ago states: “You could walk 100 miles – from the pastel-coloured turrets here in medieval Tallinn to the university spires of Tartu – and never lose internet connection.”

If you do want to pick up a SIM card while you’re in the country, though, here’s what you need to know.

Got travel insurance for your Estonia trip yet? A good policy can cover you for all kinds of sticky situations, from medical emergencies to canceled flights, theft, lost luggage, and more. We've been using World Nomads for over a decade.

There are three cell networks in Estonia, operated by EMT, Elisa, and Tele2. All three providers offer LTE service covering the vast majority of the population, and prices are low enough that it doesn’t matter all that much which company you choose.

Elisa was offering the best rates at the time I visited, so that’s who I went with. Since then, however, Tele2 has brought out a particularly cheap option for anyone who only needs data and is in the country for a week or less.

How to Buy a Prepaid SIM in Estonia

The guy behind the counter spoke excellent English, understood exactly what I wanted, and sorted out absolutely everything for me, including entering in the following APN details:

Easy! He handed it back to me and I was all done in under two minutes!

If you’re opting for Tele2 instead, you can also find their SIMs at R-Kiosks, as well as post offices, some supermarkets (although not Rimi), and the company’s branded stores.

Prefer to spend your vacation sightseeing instead of buying SIM cards? Grab one in advance to stay connected in Estonia and across Europe.

I paid €1 for the SIM card, with 15GB of data valid for a month costing €7. Speeds are limited to 2Mbps, but for faster data, there’s an 8GB package with no speed restriction for the same price. It’s cheap to get connected in Estonia!

There are no calls or texts included with this. You can either buy a different package that includes them, or just add extra credit and pay per call/text. Local calls and texts cost a few euro cents each.

Given how much English is spoken, at least in Tallinn, you’ll be able to ask about other data, call and text options if you need something different.

If you’re in Estonia for a week or less and only need data, Tele2 offers the best deal. For €3.95 including the SIM card, you’ll get 5GB of full-speed LTE data, valid for seven days.

Additional data costs €0.99/GB per day, and you can buy additional 7 or 30-day bundles if you decide to extend your stay. SMS and calls are also available, on a pay as you go basis — just top up with additional credit beforehand.

You can buy top-ups from many different stores in Estonia: supermarkets, post offices, kiosks, and more. Just look for the Elisa sign on the window.

I was impressed with the coverage I received with my Elisa SIM card — I had a full-strength signal pretty much anywhere I went in Tallinn.

When it came to speeds, I was a little disappointed. I’d often receive faster speeds through connecting to the free public Wi-Fi, due to that 2Mbps throttle on my cell data. It was fast enough for email, maps, and basic browsing, but much slower than usual when uploading photos.

Estonia is part of the European Union, so EU roaming regulations apply. These “roam like at home” rules ended roaming charges across much of Europe in 2017, letting you use a SIM card from any EU country across all the others at no extra charge.

When it comes to roaming elsewhere in the EU with an Estonian SIM, though, beware. The low price of cell service in Estonia allows providers to restrict the amount of roaming data they provide for free, or opt out from the roaming regulations entirely. Be sure to double-check the exact details at time of purchase.