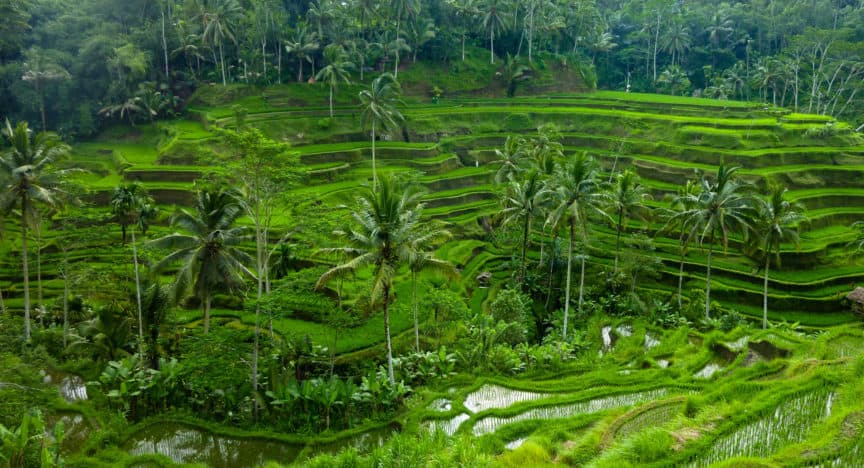 Indonesia is a nation of over 13,000 islands, but it’s one in particular that gets all the attention from tourists. Whatever draws visitors to Bali — the yoga and healthy living in Ubud, the surf at Echo Beach, the unmitigated partying in Kuta — they come in their millions each year.

While Wi-Fi of some sort has long been relatively common in bars, restaurants, and hotels on the island, the speed and reliablity was poor until recently.

Lately, though, the rollout of fiber connections has improved the situation greatly. If your plans don’t extend much further than wandering between the bar and the hotel pool, you’ll probably be able to make do without a local SIM.

If you want to stay connected everywhere, though, a local SIM card is the way to go. This used to be a very straightforward process. Unfortunately the government changed the rules a few years ago, making it more expensive and/or difficult for foreigners to get set up.

Data speeds, at least, are generally good. Here’s everything you need to know about buying a SIM card in Bali.

Got travel insurance for your Indonesia trip yet? A good policy can cover you for all kinds of sticky situations, from medical emergencies to canceled flights, theft, lost luggage, and more. We've been using World Nomads for over a decade.

There are four cell service providers in Indonesia, plus a small number of resellers. Telkomsel has the widest coverage, reaching 98% of the country. It’s also the most expensive, although cell service is pretty cheap regardless of which company you go with.

XL Axiata, IM3, and Tri have reasonable coverage in populated areas like Jakarta and Bali at somewhat lower prices, and less (in some cases, no service at all) elsewhere.

LTE data is available in Bali and other major population centers with Telkomsel, XL Axiata and IM3, and is being rolled out increasingly widely.

I decided to pick up a Telkomsel SIM in Bali, just to make sure I’d have coverage everywhere I went. While that didn’t prove to always be the case, I’m still happy to recommend it for most travelers.

How to Buy a Prepaid SIM Card in Bali

Buying a SIM card from any of the providers in Bali isn’t difficult. Getting it working, and paying the going rate, however, can be more challenging.

As of April 2018, all SIMs in Indonesia need to be registered. While it’s not illegal to buy them from convenience stores and roadside kiosks, and they may even work for a period of time if you do, most of those outlets can’t register the SIM to you. As a result, there’s a good chance the SIM will be cut off without warning at some point.

I was in Bali right as the new laws came into effect, and sure enough, my SIM stopped working a few days later. I only had a couple of days left in my stay, so wasn’t particularly bothered. If I had been, the only way to get it working again would have been to visit an official store, passport in hand, and wait in line with everybody else.

It is possible to register your SIM at the airport, so if you don’t mind getting overcharged, this is likely the easiest place to do it.

Vendors there sell SIMs from all major providers, including Telkomsel, at noticeably inflated prices. Typically you’ll also only be able to buy packs with large amounts of data, meaning you’ll spend even more.

If you’re happy to wait until you get into town, you’ll have more options, sometimes at lower prices (more on that below). Since you’re probably going to have to register the SIM at an official Telkomsel GraPARI store anyway, you may as well buy your SIM there as well.

Make sure that what looks like an official store actually is. If in doubt, the staff at your accommodation should know where you need to go.

APN settings came pre-configured, and didn’t need changing. If you need to add them manually, they were as follows:

Since the new registration laws have made purchasing and registering a SIM in Indonesia relatively difficult, buying one and getting it shipped out ahead of time instead has started looking more appealing.

There are several options, including 6GB of data in Indonesia and 20+ other countries for up to ten days, or several packages with longer validity. The SIM card can be shipped worldwide, so you can just drop it into your phone when you land and start using it right away.

If you have an iPhone or other supported device, it’s worth considering an Indonesian eSIM instead. Prices are roughly similar to what you’d pay at the airport, but without the hassle.

Unless you’re sure they can register the SIM properly to you, I can’t recommend buying from streetside vendors due to the issues mentioned above. If you do, prices will vary widely. One convenience store quoted literally me three times as much for the same SIM and data package I bought 100m down the road.

Officially, you should pay around 60,000 IDR (~$4) for a prepaid Telkomsel SIM with 18GB of data, valid for a month. A limited amount is available for any purpose, with chunks of the rest allocated to social media and local apps and sites. The exact package details change regularly.

You’ll pay significantly (up to 3x more) if you buy at the airport. If you do, though, you can at least you can register the card there.

Prices should be similar to the above rates at official stores. You’ll need to also factor in the cost of a taxi if there isn’t a store near where you’re staying.

In a populated area, it’s difficult to walk any distance at all without seeing somewhere to buy credit, both on Bali and elsewhere in Indonesia.

You’ll always pay a little more than the amount of credit you’re buying, which is the storekeeper’s profit margin. Locals pay a surcharge too, but if it’s more than 5% of the total, complain.

I spent most of my time in and around the Canggu area of Bali. While it was very rare to see less than full signal showing on my phone, data service wasn’t as reliable as it should have been.

I’d sometimes go to use my phone, only for web pages or apps not to load. Turning flight mode on and off always fixed the problem, but especially near the beach, speeds would be slow and service would often drop out again soon after.

A mile back from the beach, service was far more reliable and speeds were very good.

I was able to make Skype calls and browse web pages without issue. Since everything worked fine away from the beach and elsewhere on Bali, I’m putting this down to a localised problem rather than anything inherent to Telkomsel service on the island. 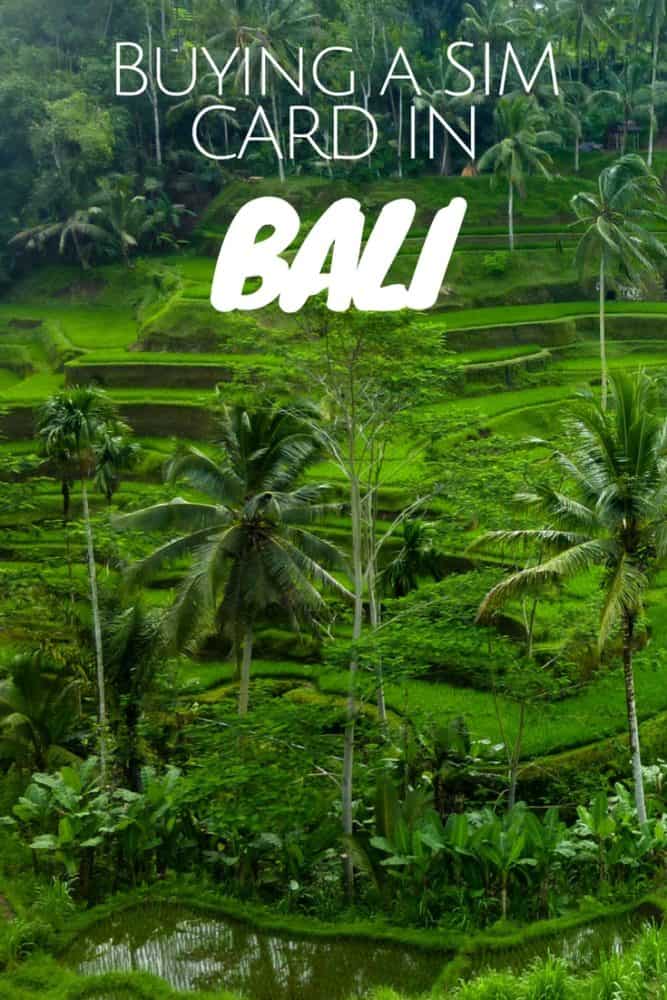