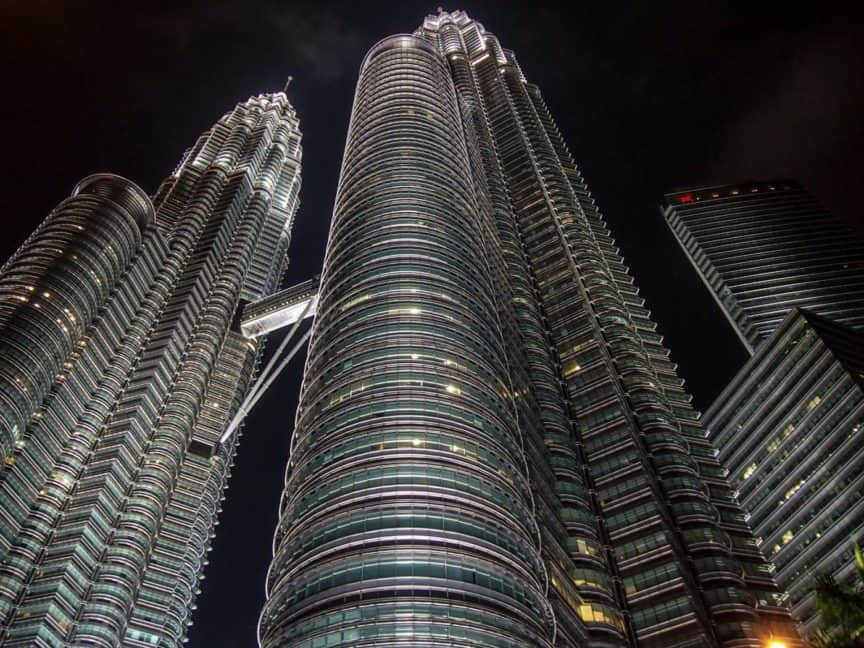 From the urban jungle of Kuala Lumpur to the actual jungle on Borneo, the heritage sites of Penang to the incredible food, well, everywhere, Malaysia has a vast list of attractions for visitors.

If you want to stay connected while you’re there, the good news is that buying a local SIM card is easy and inexpensive. If you pick the right provider, data speeds are also surprisingly fast, and coverage is excellent almost anywhere you’re likely to be.

Got travel insurance for your Malaysia trip yet? A good policy can cover you for all kinds of sticky situations, from medical emergencies to canceled flights, theft, lost luggage, and more. We've been using World Nomads for over a decade.

Of the main four, Maxis has the greatest coverage, followed by Celcom and Digi, and finally U Mobile.

Several different companies also resell service from one of the main providers. The biggest is Tune Talk, which provides coverage on the Celcom network.

It’s affiliated with AirAsia, and you can buy a SIM and tourist package onboard the airline’s flights into Malaysia. While the packages only last a maximum of two weeks, it’s hard to beat the convenience for shorter trips.

I was mainly traveling in Malaysian Borneo on this trip, which typically has worse cellular service than the peninsular part of the country.

After checking the coverage maps for the major providers, Maxis seemed best for the areas I was going to, so that’s who I went with. My travel partner picked up a SIM from Celcom for comparison.

How to Buy a Prepaid SIM Card in Malaysia

Malaysia is a very connected country, and nowhere is that more obvious than when it comes to buying SIM cards.

Maxis brands its prepaid service as “Hotlink,” while Celcom has opted for “Xpax.” In any major town or city, it’s almost impossible to walk more than a block without seeing a sign for one or both of them.

Kiosks are also present and clearly marked in the arrivals area of most international airports, including both terminals in Kulala Lumpur.

There’s no particular need to go to an official store, since most places selling top-ups can also sell and set up a SIM card for you. I arrived in Malaysia overland from Brunei, with my first stop being Kota Kinabalu.

There were around half a dozen Hotlink and Xpax signs during the five-minute walk between the bus stop and my hotel, but I ended up purchasing from a little electronics store in Centre Point Mall.

The staff member showed me a brochure with the various package options to choose from. After choosing one, he took a copy of my passport and spent five minutes registering and setting up the SIM. All physical sizes of SIM card were available, and data worked straight away.

The APN settings were automatically added to my phone, and all I had to do was select them. If you need to add them manually for some reason, they’re as follows:

My partner had a similar experience buying her Celcom SIM elsewhere in the mall, from what looked like an official store.

Can't be bothered with the hassle of buying a local SIM in Malaysia? OneSIM topped our international SIM card comparison.

If you have a supported device, a prepaid eSIM is also a good alternative, often at quite cheap rates.

While Maxis is usually the most expensive provider, cell service (and data in particular) is relatively cheap in Malaysia no matter which company you choose.

The Hotlink SIM card itself cost 10MYR ($2.50), which included 5MYR of credit valid for five days. After that, you just add one of around half a dozen “RED” prepaid packages.

If you’re only in the country for a few days, there’s a 10MYR package, valid for a week, that gives 1.5GB of data plus unlimited use of most chat or social media apps.

Since I was in Malaysia for the better part of a month, I opted for the 35MYR 6GB plan, valid for 30 days. Like the other RED plans, it also included free use of social or chat apps.

I decided to pay 50MYR ($13) in total, which covered the SIM, data package, and a little credit for local calls and texts. Note that with any RED package, you’ll get an extra 1GB of data if you download the company’s Android/iOS app.

Prices were similar with Celcom, albeit slightly better value. Be sure to ask about any current promotions before making a decision about which package to buy. It’s not unusual to get bonus data thrown in.

Unsurprisingly given the number of outlets around the country, topping up isn’t difficult unless you’re really in the middle of nowhere.

The easiest approach is to just buy top-up vouchers from anywhere displaying the right branding, and follow the printed instructions to add the credit to your phone. Chances are the person behind the counter will do it for you if you ask nicely.

Coverage was generally very good in cities and towns of any size, in both Borneo and peninsular Malaysia.

Even traveling the length of Route 22 between Kota Kinabalu and Sandakan, and down to the dusty town of Sukau on the Kinabatangan river, coverage didn’t drop out for more than a minute or two on either network.

3G/HSPA+ data speeds were remarkably fast with both providers, even (and in fact, especially) in smaller towns and rural areas. Celcom often had a slight edge, but there wasn’t much in it either way.

The speeds on either network will be more than fast enough for general browsing, maps, social media etc. In most places, video calling should be fine as well. Upload speeds were noticeably faster on LTE, but download speeds remained about the same.

The only real issue I encountered was occasionally having no or extremely-slow internet despite my phone showing full signal. Moving a bit further up or down the road always fixed the problem.