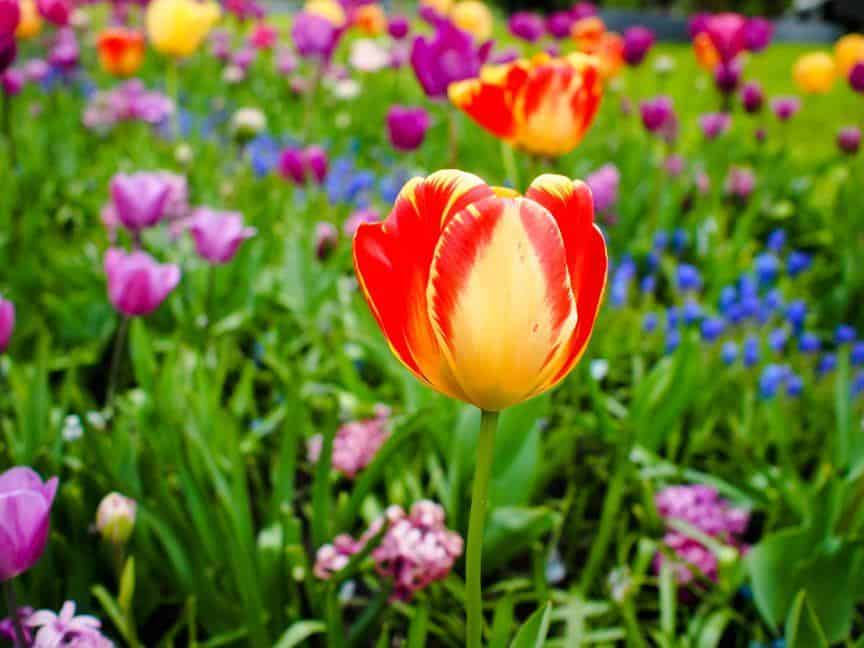 Looking to stay connected in the land of windmills and tulips, canals and bitterballen?

The Netherlands has plenty of free Wi-Fi in cafes, bars, and even on the trains. If you prefer your data to be mobile, though, the good news is that buying a local SIM card is easy and doesn’t have to be particularly expensive.

There are some big differences between vendors, however, and the top-up process isn’t always straightforward.

Got travel insurance for your Netherlands trip yet? A good policy can cover you for all kinds of sticky situations, from medical emergencies to canceled flights, theft, lost luggage, and more. We've been using World Nomads for over a decade.

There are three main cell networks in the Netherlands, operated by KPN, Vodafone, and T-Mobile. KPN has the largest network, followed by Vodafone and T-Mobile, but its resellers offer better pricing for prepaid customers.

I tested with Lebara and Lycamobile SIMs, which both use the KPN network.

How to Buy a Prepaid SIM Card in the Netherlands

Purchasing either SIM card was extremely simple. I just walked into the nearest mobile phone shop with a Lycamobile or Lebara sign in the window, and had a working connection within a few minutes.

In both cases, the vendor activated the SIM for me, but as instructions are in both English and Dutch, you could probably do it yourself if necessary. You don’t need to be in a major city to buy a card — I picked mine up in Leiden and Utrecht, for instance.

Getting set up with a data package on Lebara was also straightforward. I just asked the vendor to add credit to my SIM after he activated it, and then texted the code WEB1GB (found in the brochure he handed me) to a given number.

It wasn’t as easy with Lycamobile, however. For some reason, none of the three places I tried in Leiden (two phone stores and a major supermarket) had data top-up packs available.

In the end, buying credit online was the easiest option. There was no problem using an international debit card to do this, and took a lot less time than walking around the shops!

Prefer to spend your vacation sightseeing instead of buying SIM cards? Grab one in advance to stay connected in the Netherlands and across Europe.

This Orange SIM includes 20GB of data, 1000 international texts, and two hours of international calls. The price includes US delivery, and it's valid for two weeks in 30 European countries. Use the code SIMOFF20 at checkout to get 20% off.

With Lebara, €15 gets you unlimited national calls, 1000 national texts, and 5GB of data valid for a month. You’ll pay extra for the SIM card when buying instore: mine cost €10, with €5 of credit preloaded.

The Lycamobile SIM cost five euros with the same amount of credit on it. At the time of writing, you can get unlimited national calls and texts and 5GB of data for €10, valid for a month. Bundles change all the time, so check what’s on offer before you commit.

Buying the SIM card online from either company is usually free, but you’ll need a Dutch address to get it sent out to.

You can buy top-ups almost anywhere you see a sign for Lycamobile or Lebara. In the Netherlands, that seems to be about every hundred metres.

Supermarkets, convenience stores, mobile phone stores, and many others sell them, or you can buy online (at least with Lycamobile) and save yourself the hassle.

When it came to data speeds, Lebara was a total disappointment. Despite being on the KPN network which spans the entire country, I’d regularly see my phone struggling to maintain a data signal. It would regularly switch between HSPA+, 3G, and EDGE while standing in the centre of a major town or city.

I ran speed tests in Utrecht, Leiden, Amsterdam, Maastricht, and The Hague, and never got a download speed above 1Mbps, or an upload speed of half that. Web pages would often timeout, or take minutes to load.

Given the higher cost and poor data speeds, I just can’t recommend using this company in the Netherlands.

Lycamobile was much better, although HSPA+ speeds still weren’t particularly fast. Speeds were similar to those shown in the screenshot below, regardless of where in the country I tested.

If your phone supports the right bands, you’ll get 4G/LTE coverage throughout the Netherlands with Lycamobile, but not Lebara. All of the data bundles include LTE.

The Netherlands is part of the European Union, so EU roaming regulations apply. These “roam like at home” rules ended roaming charges across much of Europe in 2017, letting you use a SIM card from any EU country across all the others at no extra charge.