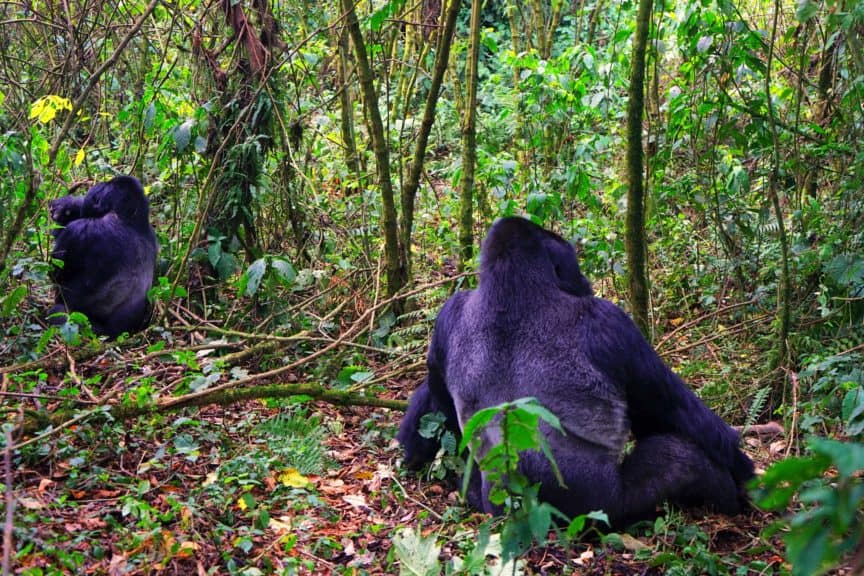 Many people associate travel in Africa with danger and difficulty, but that couldn’t be further from the truth in Rwanda. It’s the ninth-safest country in the world, and the first to ban plastic bags. The capital city of Kigali is the cleanest in all of Africa.

On top of that, it’s an inexpensive destination for those on a budget (as long as you avoid the mountain gorillas, where you’ll pay an incredible $1,500 to spend an hour with them.) If you’re traveling on the cheap, you’ll be happy with the prices in the country.

I paid $35 for a double room in a well-rated guesthouse and $5-10 for most of my meals. A 30-minute moto-taxi ride across the city cost all of one dollar. I averaged $45/day for my stay in the country.

Picking up a SIM card was easy, but time-consuming. You’ll need to remember to bring your ID with you.

Here’s how to buy a SIM card in Rwanda.

Got travel insurance for your Rwanda trip yet? A good policy can cover you for all kinds of sticky situations, from medical emergencies to canceled flights, theft, lost luggage, and more. We've been using World Nomads for over a decade.

There are two network providers available to tourists in Rwanda: MTN and Airtel Rwanda.

MTN has the largest market share (50%+) in the country and the best coverage (95%), although it’s worth noting that’s a combination of both 3G/HSPA+ and 2G/EDGE.

3G was everywhere in the major cities of Kigali and Gisenyi, but it was common for my signal to drop down to 2G elsewhere. I rarely lost coverage entirely, though, and usually had enough data to check my emails.

Airtel Rwanda has less 2G/3G coverage, but prices its larger data packs at cheaper rates than MTN. Costs are pretty low either way, but if you’re planning to use a lot of data and want the lowest prices, it’s worth considering Airtel.

Note that as of 2019, tourists are only permitted to buy from either MTN or Airtel, not any of the other (small) resellers in the country.

A common LTE network on the 800Mhz band that is shared between all providers is being rolled out throughout Rwanda, reaching nearly the entire population.

How to Buy a Prepaid SIM Card in Rwanda

According to online reports, there’s supposed to be an MTN store at Kigali Airport. I didn’t notice one at arrivals, so bought my SIM card once I was in the city instead.

Fortunately this was easy to do, as there are literally hundreds of stalls and stores across the city that sell them. Just look for the MTN branding while you’re out and about.

It’s mandatory for all network providers in Rwanda to collect your personal information, so make sure you bring your passport and hotel address with you. I’ll be honest: it’s a tedious process that seems to follow little logic.

I don’t know why they needed three different versions of my information, and needless to say, it took a very long time to get it all done.

Give yourself at least half an hour to get your SIM card, and don’t start the process if you’re in a rush. It took 25 minutes for me to get mine. Note also that unless you’re traveling with children, tourists are only permitted to register one SIM card (per provider) to each passport.

Can't be bothered with the hassle of buying a local SIM in Rwanda? OneSIM topped our international SIM card comparison.

I also added an extra 5,000 RWF of credit, as I knew I’d need to make a few calls while traveling in the Democratic Republic of the Congo later in my trip. Those roaming calls were priced at 1,000 RWF per minute.

Topping up is super easy. You’ll see network provider stalls scattered across all major cities and towns, as well as small villages, where you can buy credit for your phone.

MTN customer service suggests you can also top-up online via the following link, although I didn’t need to use it.

With MTN, I had full coverage in Kigali and Gisenyi. Outside of the major cities, my connection would drop down to EDGE speeds. It was, however, rare for me to be without service anywhere in the country.

Speeds weren’t amazing, but were usable enough. I had 3Mbps download in Kigali, for instance, and 1.5 Mbps in Gisenyi.

During my trip in Virunga National Park in the Democratic Republic of the Congo, I was happy to discover I had data service from a Rwandan MTN cell tower for my climb up and down Mount Nyiragongo beside the border.

International calls and texts worked perfectly while I was outside of Rwanda, and didn’t require me to do anything in advance to get them set up. MTN doesn’t offer data roaming in the DRC, however.

Lauren is a physicist turned digital nomad who's travelling and working her way around the world on a permanent basis. She's the clumsy member of the team -- if there's a camera to be dropped, a Kindle to be stood on or a laptop to pour a drink over, she'll be the one to do it. You can read more about her travel misadventures over at Never Ending Footsteps. 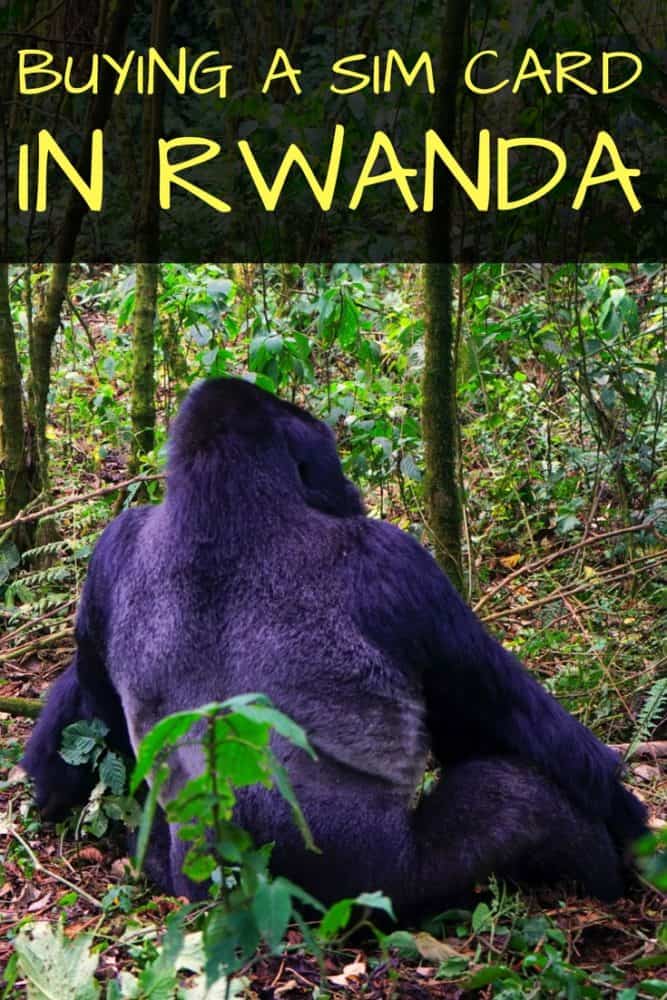