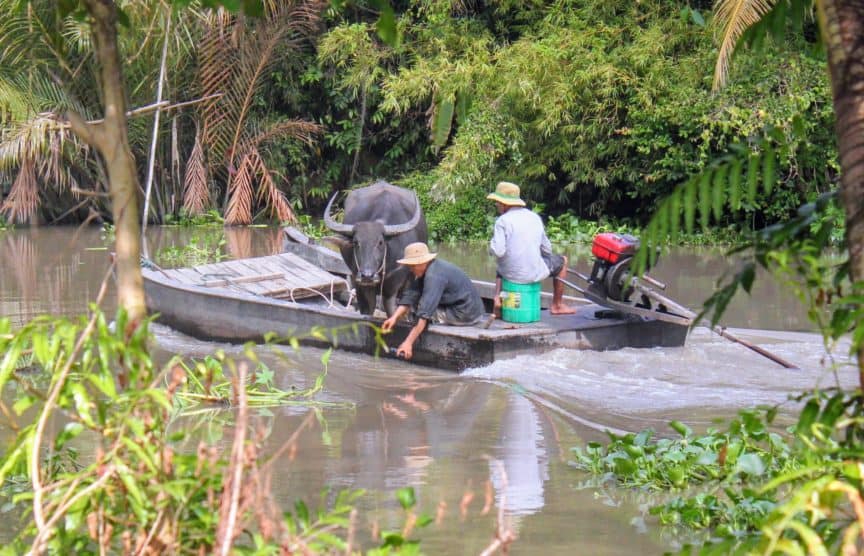 Vietnam is easily one of my favorite travel destinations.

With arguably the best street food on the planet, mile upon mile of unspoiled beaches, the crazy energy of the cities and quiet beauty of the countryside, and friendly and welcoming people, it’s not hard to see why.

As with most other things in the country, staying connected is inexpensive: a few dollars will keep the data flowing on your smartphone throughout your stay, with good speeds and widespread coverage if you choose the right carrier.

Here’s everything you need to know about buying a local SIM card in Vietnam.

There are four cell networks in Vietnam. Viettel has the largest network and most customers, closely followed by Vinaphone.

Avoid Mobifone if you’re heading too far off the beaten track, and there’s really no reason to go with Vietnamobile. It’s the cheapest of the lot, but has very poor data service outside the largest cities.

I’ve used all three of the major players on various trips, but these days tend to stick with Viettel or Vinaphone. Coverage and data speeds are similar between the two, although in very remote areas, Viettel usually has the edge.

How to Buy a Prepaid SIM Card in Vietnam

Just as in Thailand, the process for buying a SIM card in Vietnam has become a little more complicated in recent years. The government started strictly enforcing registration rules in 2016, and canceled 12 million cards that had been illegally registered.

While there are numerous stalls selling SIM cards at international airports, and tiny stores on most city streets doing the same thing, be careful. Most unofficial vendors, including at least some of those found at airports, can’t register a SIM to you.

Cards purchased from these vendors are typically registered to someone else and can be shut down at any time. If you’re not asked for your passport, the SIM isn’t registered to you!

For those only in the country for a short period and staying in the cities, the convenience of buying at the airport or a roadside stall might still be worth the risk. The worst that can happen is the SIM will stop working, and you’ll need to track down an official store to register properly.

If you’re sticking around for a while, or are heading off the beaten track and don’t want to risk your service being deactivated when you’re in the middle of nowhere, however, it’s a different story. Save yourself the hassle and buy from an official outlet instead.

You can check who your SIM is registered to by texting TTTB to 1414. The reply message is in Vietnamese, but will have the name, birthdate, and passport/ID card details clearly shown.

I’ve purchased Viettel SIMs from an official store in Hanoi’s old quarter, and several blocks back from the beach in the My An district of Danang. There’s a store locator on the website, but Google Maps is more useful. The process took around ten minutes each time, and was quite straightforward.

The salesperson showed me the various package options on a piece of paper, I chose one, and handed over my passport and some cash. After taking my photo with a smartphone app, she dealt with the rest of the paperwork, activated the right package, and sent me on my way.

In both cases the staff member was happy to help, and spoke English well enough to answer any questions I had.

In the interests of research on my most recent trip in August 2022, I bought a Vinaphone SIM in Danang. Rolling the dice and purchasing from a small phone shop near where I was staying rather than an official store, the process was even faster, mostly because the registration requirement was roundly ignored.

The SIM worked for the month I was in the country: no bets about how much longer it would have lasted!

Can't be bothered with the hassle of buying a local SIM in Vietnam? OneSIM topped our international SIM card comparison.

In town, a Vinaphone SIM with 100GB of data cost 100,000 VND, while a Viettel SIM with 4GB of data per day and a phone number cost 150,000 VND. Free calls to other Viettel numbers were included with the latter, along with an hour of calls to other domestic carriers. Both packages were valid for a month.

If you want more options than that, you’ll likely need to track down an official store where you’ll be offered the full range of available options. If you don’t need much data, you’ll likely be able to save a dollar or two, but given how cheap cell service is to start with, don’t expect big discounts.

It’s very easy to top up your credit. You can buy vouchers pretty much anywhere you’re ever likely to go as a tourist, and the vendor will probably offer to sort the process out for you even if they speak very little English.

Viettel coverage was very good anywhere and everywhere I tested it. Data speeds were also impressive, and in smaller cities like Danang it wasn’t unusual to see 4G/LTE downloads approaching 50Mbps with both Viettel and Vinaphone.

Speeds slowed somewhat in Hanoi and Saigon, likely due to the larger population there. I couldn’t get any data service at all when bad weather caused flight cancellations at Saigon airport, although to be fair it seemed like half the city was crowded into the domestic terminal with me at the time.

I’ve had full signal with both Vinaphone and Viettel in and around Hanoi, Saigon, Danang, Mui Ne, and Hoi An. Viettel coverage was also good pretty much anywhere with signs of habitation all through the Mekong Delta. Vinaphone service wasn’t quite as widespread, but there wasn’t much in it. 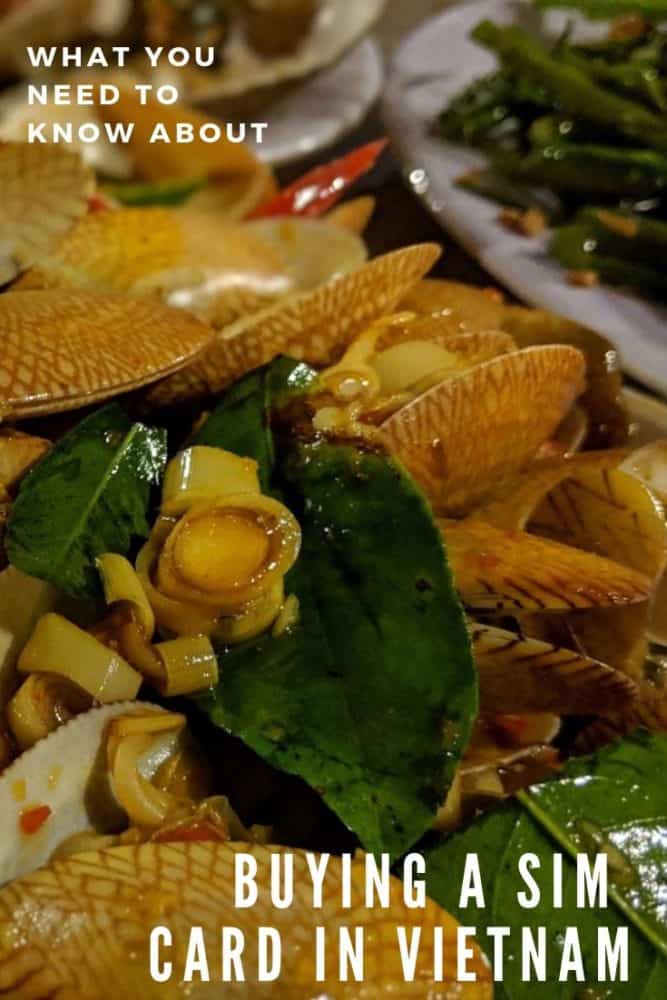