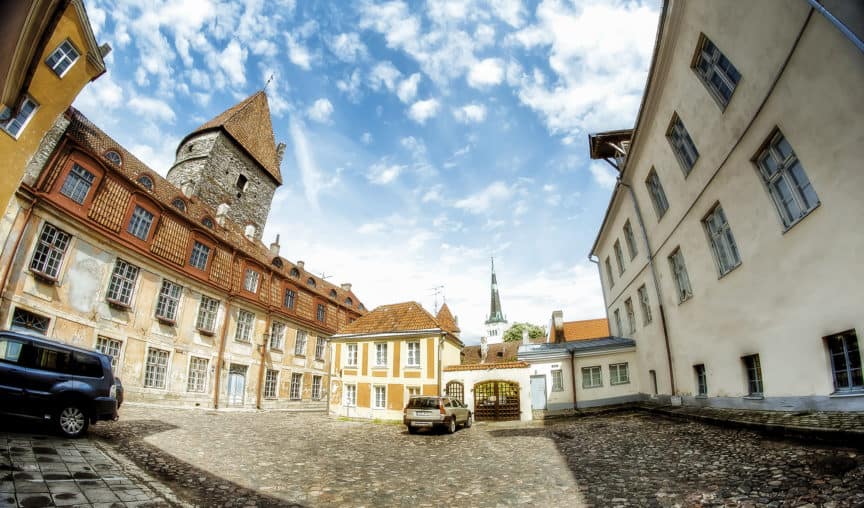 For remote workers and online business owners, Estonia presents uniquely appealing opportunities. Since launching its e-residency program in 2014, Estonia has allowed “digital nomads,” no matter their country of origin, to establish and manage businesses completely online.

The country is also planning to launch a digital nomad visa in 2020, and has is attracting significant buzz as the next Silicon Valley of Europe. In this article, we’ll explore some of Estonia’s offerings for remote workers, as well as the fascinating story of how it became one of the most digitally advanced nations in the world.

“The World’s Most Digitally Advanced Society”

To understand Estonia today, it’s important to briefly look back at 1991, the year it became an independent state and formally left the USSR. At that time, Estonia’s new political leaders were typically young (Mart Laar became Prime Minister at just 32 years old) and sincerely drawn to technology.

They wanted their new country to have an innovative outlook, and hoped technology could be a buffer against Russian influence. Dovetailing with the earliest days of the internet (the oldest known web page was launched in 1991,) the following years saw the “World Wide Web” seeping into the mainstream, and Estonia becoming one of its most enthusiastic adopters.

Fast forward to 2018: Estonia has been named “…the world’s most digitally advanced society” by Wired Magazine. Estonian citizens hold a secure digital ID card, which can be used for nearly all government purposes.

Users can vote electronically, check medical records, access bank accounts and e-prescriptions, digitally sign contracts, and travel within the European Union with their cards. In total, 99% of government services are available to citizens as e-services, including registering births, deaths, and marriages.

Then there’s the internet. Estonia, along with Iceland, has the freest internet in the world, and very few websites are blocked there. Buying a SIM card in Estonia is cheap and easy, and nearly all public spaces have free Wi-Fi, including beaches and forests.

While the internet isn’t the fastest in the world, it’s fast enough, with connection speeds comparable to Luxembourg and faster than France or Australia. A 5G connectivity trial is underway as well.

For anyone who has laughed at the cliched image of a digital nomad working from a remote beach location, this fantasy may be an actual reality in Estonia. Just try to keep the sand out of your keyboard.

What’s the Visa Situation in Estonia?

Estonia follows Schengen-area rules, meaning that no visa is required for residents of the European Union or European Economic Area. If you’re not from the EU or EEA, you’ll need to check the details for your country.

Some passports, such as those from the USA, Australia, Singapore, Japan, and Mexico, allow tourists to enter the Schengen zone (including Estonia) visa-free for 90 out of every 180 days, while others may require applying for a visa in advance. For more details, visit the website for the Estonian Ministry of Foreign Affairs.

In short, there’s no special treatment for digital nomads in terms of visas right now. As we outline later in the article, however, that’s due to change.

What’s Up With Estonian E-Residency?

For digital nomads, the most compelling aspect of Estonia right now is likely its e-residency program, launched in 2014. Under this bold initiative, e-residents can legally manage their Estonian-registered businesses from anywhere in the world, no fixed address required.

Here’s how it works: People apply for Estonian e-residency, no matter their country of origin. Once accepted, e-residents are provided ID cards with a special chip, issued by the Estonian government. With these cards, people can register and manage their location-independent business under EU laws.

They can access online banking and payment providers (such as PayPal or Wise), digitally sign contracts, encrypt and securely transmit documents, declare business taxes online, and work with a range of service providers. There’s a budding network of Estonian e-residents and a strong uptick in applications since it launched.

Who is the average e-resident? With close to 50,000 applications accepted so far, it’s impossible to generalize, but the largest segment (41%) works in location-independent international business.

Other commonly-cited reasons for applying were a hope to bring business into Estonia (about 30%), a general appreciation of the e-residency program (about 14%), and an interest in the security aspects of the technology (about 9%).

The countries most represented include (in order): Finland, Russia, Ukraine, Germany, the USA, Japan, the UK, China, and India. Data on the program is publicly available.

The application process is fairly straightforward, and only about 1% of applicants are rejected. You’ll need to provide details about yourself such as your citizenship, CV or LinkedIn profile, and social media accounts.

You’ll also need to say whether you’ve been convicted of a crime, which enterprise or business you’re connected to, and if there are any bans or restrictions on your business. Finally, you’ll need to outline your main motivation for wanting the e-visa, along with where you’d like to collect your e-resident card.

The registration fee is €100, plus extra fees if you collect the card in certain specific cities.

To be clear, e-residency isn’t for everybody. It’s still very much tied to EU laws, and doesn’t cater to everyone’s needs. The program doesn’t entitle you to live in Estonia, for example, or visit the country with special privileges.

It also doesn’t shield you from the laws of other nations. American living in Hanoi on a tourist visa? Estonian e-residency won’t change how you’re viewed under Vietnamese law (though it may be easier to attain a business visa).

Finally, the e-residency card must be picked up in person, and there are only select pick-up locations around the world.

Given the country’s passion for technology, it’s no surprise that Estonia has a vibrant startup scene. The country ranks third in Europe for startups per capita, and Estonian students are twice as likely to pursue IT careers than the OECD average.

In fact, first-graders are taught how to code and, in 2000, Estonia declared internet access a human right. Startups such as Skype, Wise (formerly Transferwise), and Kazaa got their start in Estonia, and the country has generally embraced the burgeoning world of cryptocurrencies.

For a tiny nation of 1.3 million residents, these developments are impressive. For more on the Estonian startup scene, check out Startup Estonia, a government initiative that provides local training and support.

Some entrepreneurs and investors may be interested in the Startup Visa, and publicly viewable data on Estonian startup history is available to everyone. There are quite a few accelerators, such as Buildit, Elevator Startups, and Startup Wise Guys as well.

For remote and freelance workers, there are at least 15 coworking spaces, such as LIFT99, Spring Hub, and sTARTUp HUB, in Estonia. One of the more interesting resources is Telliskivi Creative City, which is the largest creative center in the country.

What Can We Expect in the Future?

In the future, we can expect both exciting developments and potential challenges for remote workers in Estonia. As mentioned, Estonia plans to launch a digital nomad visa in 2020, giving a year of residency in the country. Official details aren’t yet released, but there’s talk of the visa potentially including access to healthcare and other social services.

There are plans for an e-resident app, which will function like a social platform for such residents. Meanwhile, the Estonian startup scene continues to grow, and the government plans to further integrate KSI blockchain technology into its infrastructure, including electronic health records.

Despite the misgivings, “…even the sceptics seem to agree that Tallinn is on the right track,” according to a May 2018 report from the Post Magazine.

There are concerns, though, that Estonia is upscaling too rapidly. Some critics point out that e-residency could be used for tax dodging, though Estonia has pushed back on this claim, and top Estonian banks have closed down many e-residents’ accounts on suspicion of money-laundering.

Undoubtedly, Estonia presents a fascinating breeding ground, both for technological innovation and the growth of remote workers and digital nomads as a recognized entity. E-residents are relatively few in number, but that new digital nomad visa may shake things up in years to come.

The country seems poised for dramatic change in this area. Digital nomads should be watching this small Baltic nation with keen interest.

Have you worked remotely from Estonia, or acquired an Estonian e-residency? If so, please share your experience below! 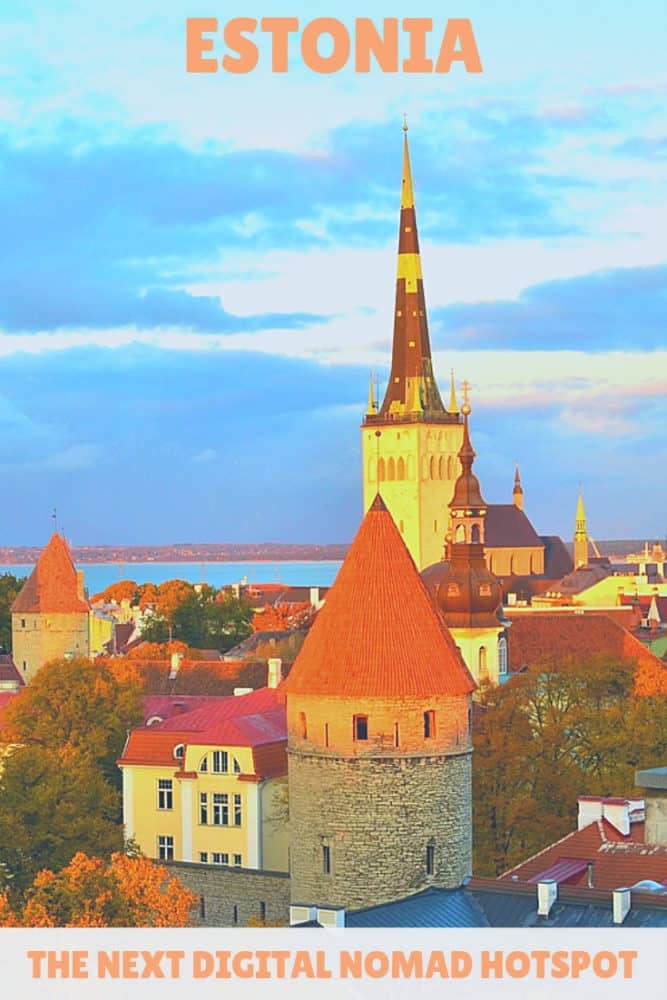