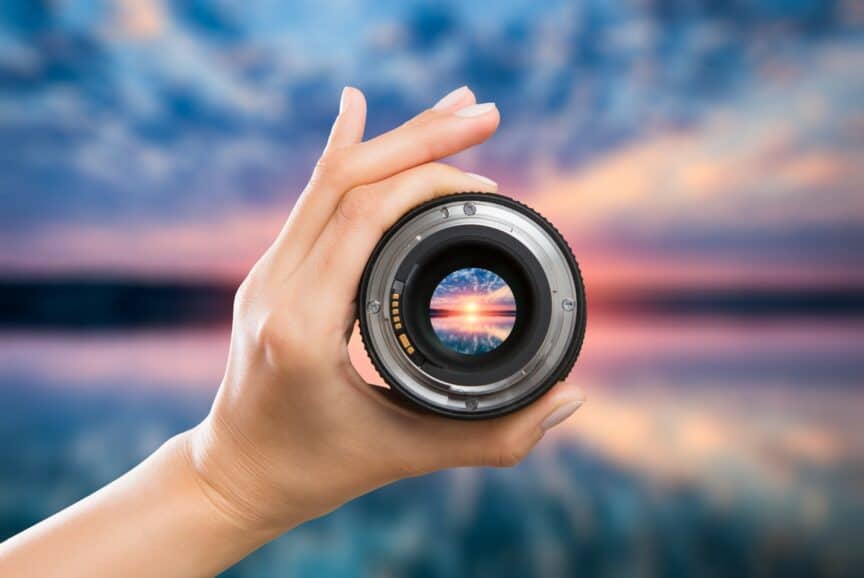 Capturing memories through photos is something that nearly all of us do while traveling, and an increasing number of people are taking better cameras along for the ride.

The popularity of detachable lens cameras such as DSLRs and Micro Four-Thirds has given us the opportunity to take much better photos than in the past. At the same time, it’s also given us more options and decisions to make than we can sometimes handle.

When we travel with a camera, we want flexibility. Not the body-bending type (though that doesn’t hurt), but instead a way to handle a variety of shooting conditions with the least amount of gear.

It’s with that flexibility in mind that we’ll try to find the best one for your needs. It’s worth saying that life is about compromises, and so are lenses.

As part of a new series aimed at those taking the next step with their photography gear, we aim to help make sense out of all the options out there. With that, we’ll try to keep the jargon to a minimum. and stick to the basics and what matters most.

When we talk about a kit lens, we’re talking about the lens that typically comes with the camera when you first take it out of the box.  It’s the friendly starter lens that most of us begin with as we move out of the point & shoot world.

A typical kit lens is a lightweight, “walk around” zoom lens.  It gives you some flexibility to shoot in a variety of situations as you get your feet wet.

What A Kit Lens Does for You

You need something to start taking photos with, and the kit lens is exactly that. With it, you’ll have a taste of shooting a bit wider for landscapes, and zooming in a bit for portraits and monkeys (and portraits of monkeys).

The kit lens won’t have the best picture quality around, but it should still be well ahead of your typical point and shoot of yesterday.

What Is a Kit Lens Good For?

Particularly popular with travelers is the so-called “superzoom” lens. These are often seen as the best all-round lens for someone who wants the flexibility of a big zoom without having to carry a couple of lenses around to do it.

What a SuperZoom Lens Does for You

The “superzoom” lens has a much larger zoom than the average zoom lens, typically in the 8-10x range.  This enables you to shoot some landscape shots at the wider end (zoomed out), while also being able to zoom in and capture the bird in the tree, all without swapping a lens. Awesome, right?

All that flexibility with the zoom comes at a cost though. Picture quality takes a hit with all of the complicated internals of the lens. You’re getting a jack-of-all-trades here, good for a lot of things, but not great at any one of them.

The weight of the superzoom lens can also be more than the two other lenses it replaces the need for. It will likely cost more than the two lenses purchased separately as well, but the benefit of never needing to swap the lens is often worth it for travelers.

What is a SuperZoom Lens Good For?

Also known as fixed focal length (read: no zoom), and sometimes “pancake” lenses, the prime lens is a photography staple. As lenses go, these are the least complicated internally, which means less weight, smaller size, and in theory, a cheaper price.

It also means that they are much sharper than the typical zoom lens.

What a Prime Lens Does for You

What the prime lens lacks in zoom, it makes up for in other ways. First, a prime lens can let in a lot more light, and we call this a “brighter lens.”

This is good for shooting in lower-light situations, like a milonga in Buenos Aires, or a street in Paris at night, especially when you don’t have a tripod at your disposal. It can do this because of a much larger maximum aperture (small f-number).

That larger maximum aperture also means you can shoot with a shallower depth of field. Think of that soft, out of focus background you often see in portraits.

You’re losing that thing that is at the top of so many lists when people are looking at a camera or a lens, however: the zoom. That alone will turn off many people, particularly those just starting out. Want to zoom in?  You’ll have to walk forward.

What Is a Prime Lens Good For?

What Is a Prime Lens Bad For?

Clear as mud? The big story here is that there is no one-size-fits-all in the world of travel lenses. Depending on your budget, and what you are most interested in shooting, however, there’s likely still a best one for you.

If you’re just starting out, I’d recommend you begin by taking what you’ve got, and learning with that a bit before you begin dropping cash on expensive pieces of glass. Maybe you’ll turn into a serious hobbyist, or maybe your expensive new toy will be gathering dust in three weeks.

Next time we’ll look at some of the other types of lenses you can take with you on your next adventure.

Are you struggling to find the perfect travel lens that fits your needs?  Let us know in the comments and maybe we can help out. Either way, we’d love to hear what lens(es) you travel with.