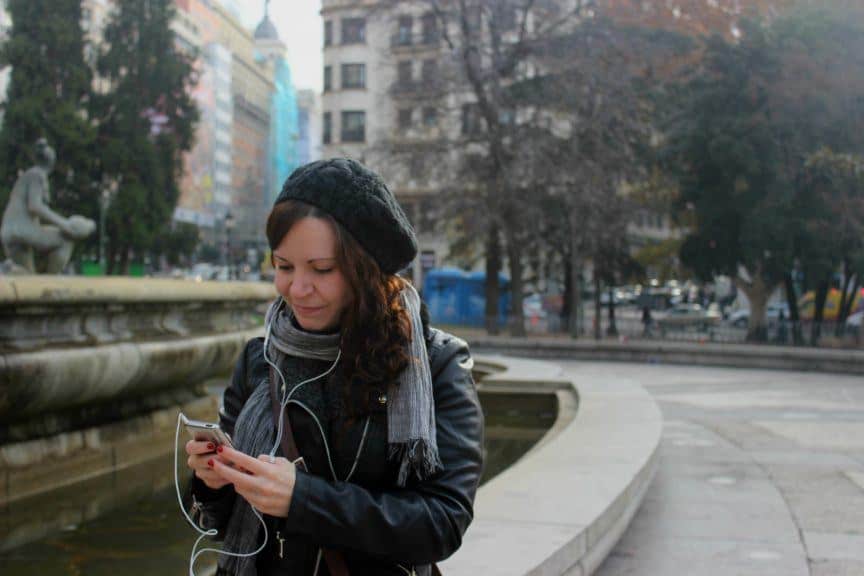 Remember back in the day when iPods were all the rage? Apple’s very first foray outside of computers was a welcome addition to the world of music players, and for a few years it seemed like everybody was getting one.

I joined the hype and purchased my iPod Classic in 2008. It was my very first Apple device, and I was more than happy to jump on the bandwagon. Moreover, I was ecstatic to not have to lug around cases full of CDs in my luggage, which I had been known to do several times.

It turned out to be more than a music player. My iPod proved a valuable asset when I set off on a backpacking trip to southern Africa. I stored a copy of my passport, travel itinerary, and medical insurance in its photo folder, meaning that I could show it as proof of identity at a highway checkpoint in Mozambique with no need for a computer.

The 80GB of storage allowed me to upload movies that saved my sanity in more than one traffic jam and broken-down minivan. The battery lasted forever, even when I spent days at a time without seeing a power outlet.

Our happy relationship hit a bump, though, when I purchased my very first iPhone three years later. After all, I thought, who would carry two things when you could just have one?

I thought I would go down that route, and stuck my iPod in a drawer the day I held my newly-acquired iPhone in my hands. I uploaded some of my music to my shiny new toy (granted, there wasn’t space for much, but I figured I could switch regularly if I felt like it), and off I went to take the train as I did every day.

Something was off in this new partnership, though. When I reached school a twenty-minute ride later, my phone’s battery was almost gone. It didn’t stop there: within days, my phone complained that almost all of its 16GB storage was full.

As it turned out, I actually would carry two things when I could just have one. Over a decade after I first picked it up, my iPod is still alive and kicking, and has become a consistent item on my packing list.

Why I Will Never Give Up My iPod Again

Perfect Sidekick to My Phone

The ongoing argument for the end of the iPod is that anything it could do, the iPhone does better. Smartphones today can play music, save documents, stream video, and take on pretty much any task an iPod can do.

However, that doesn’t mean phones should do all the work. Phone battery life plummets when the music app is on, and downright disappears if you try to play a movie. There’s little worse than stepping off a bus after a long ride to find your phone, where you’d jotted down the address to the hostel, has died somewhere on the open road.

With all of the apps and photos we’re storing on our phones these days, they’re also prone to running out of space before we even start putting music on them. An iPod can take a load off your smartphone, hosting all your music and acting as a photo back up, and leave the storage on your phone for the things you really need.

Speaking of storage, iPods have serious amounts of it. When I bought it, the iPod Classic was offered with 80GB or 120GB. I went for the 80, and seven years later, with two weeks’ worth of songs, a handful of full-length movies, and a bunch of photos, only half of that is in use.

Get those large files off your phone (high-quality music tracks can take up around 4MB each) — the iPod has plenty of room for all your guilty pleasures, and then some.

In our time together, my iPod has been through some tough times. It’s fallen off more top bunks than I care to admit, from New Zealand to Panama. It swam in a puddle of beer aboard a boat in Malawi.

I found it buried in the bottom of my backpack after losing it for five days in Thailand, crushed under the weight of a week’s worth of dirty laundry. After all of that, it came out the other side with barely a scratch.

I swear, that thing could live through World War Z and be there to see the rebirth of civilization.

As contradictory as it sounds, if I were to have one device stolen at any point in my travels, I’d prefer it was my iPod. Even when new, it didn’t cost nearly as much as my MacBook or iPhone. After seven years with me, I can say its job has been more than done by this point. It owes me nothing.

I wouldn’t lose any critical information that I have no way to replace. All of my music lives safely on my back-up external hard drive, a good habit I picked up after a horrifying afternoon in which I thought my photos from my trip to Machu Picchu were gone forever. You can’t hear it enough: back your stuff up!

So, should the unthinkable happen, I like to think I have my iPod as a decoy phone for any potential thieves. But I would still be very upset.

So, Should You Buy an iPod?

Sadly, iPod Classics were quietly discontinued in 2014, despite much rage from Apple lovers worldwide. You can try your luck grabbing a secondhand one on eBay, otherwise Apple still offers a solitary iPod model: the iPod Touch.

Available with 32-256GB of storage, in a range of colors, recommended retail prices start at just under $200. It comes with an 8-megapixel rear camera and 4″ Retina display, includes FaceTime and Siri, and has full access to the App store as well.

So that’s what you could buy… but should you?

If you’re thinking about an iPod Touch, it could be a worthy investment, particularly if you run Android or Windows on the rest of your mobile devices. Almost identical to an old iPhone in appearance and operation, the iPod Touch will give you access to iOS-only apps, and take some of the burden off your smartphone.

The current iPod Touch uses a solid-state drive, so it should be able to handle even more abuse than I’ve given my beaten-up old iPad Classic. It’s hard to argue with that!

I’ll be honest, most travelers don’t need to buy an iPod of any sort. If you regularly find yourself with a dead phone battery, don’t have access to the Apple App Store, or your phone’s low on space and you don’t want to spend a fortune on a new one just to store music and photos … well, all I’m saying is, don’t rule it out!

Do you own an iPod? Would you invest in one?