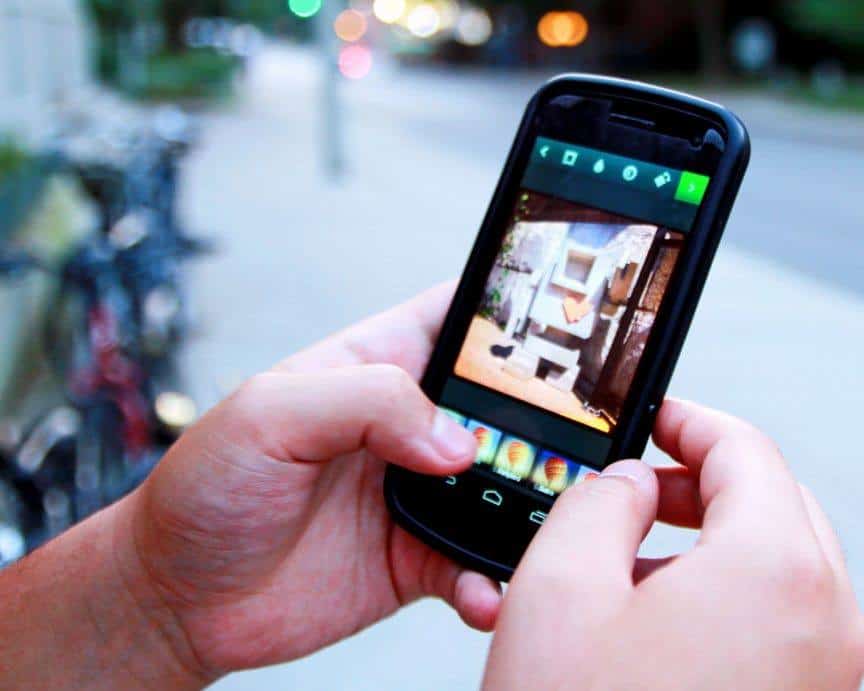 While it’s relatively rare to see smartphones more than a couple of years old in normal life, it’s a different story on the road.

Many travelers are using much older phones. That’s either due to not wanting to spend their travel budget on the latest and greatest, or because it’s easier to get phones unlocked by the cell company once they’re off-contract.

With old phones comes a bunch of problems and annoyances, however, especially if the phone wasn’t all that great when it was new. Battery life drops, everything gets slower, storage space gets used up, apps start crashing. Eventually it’s more useful as a paperweight than a piece of electronics.

Fortunately, there are several ways to eke another few months out of old smartphones, usually without spending much or any money. Here’s what you need to know.

One of the biggest problems with older phones is a lack of storage space. Up until recently, many smartphones only came with 8 or 16GB onboard. By the time you include a few useful travel apps, some music or podcasts, trip photos and video, and iOS or Android itself, you’ve often burned through that.

Once you get under about 500MB free, lack of space becomes a real problem. Your phone can run more slowly, and apps start crashing and refuse to update. Photos stop saving, and you can forget those offline maps and guidebooks you’re relying on.

There are a few tricks you can use to free up a bunch of room and make your phone more useful. On iOS, go to Settings — General — iPhone Storage, where you’ll see a list of space-hogging apps. On Android, it’s Settings — Storage.

Under those settings, you’ll be offered a few ways of easily clearing space, including compressing photos, deleting old downloads, and uninstalling apps you haven’t used in a long time. Video, photos, and music are usually the worst offenders, so delete any you don’t need.

As well as removing apps you don’t use, keep an eye out for any that seem suspiciously large. Many apps become bloated over time (Facebook is a prime example), and reinstalling them can give you back hundreds of megabytes. At least for a while.

Of course, there’s a limit to how much you can remove from your phone before it stops being useful. Especially if you’re using it as a camera, you’ll eventually find yourself out of space and with nothing left to delete.

Fortunately there are ways to add extra storage to both iPhones and Android devices. It’s not as convenient as having it built in, but is useful for offloading photos, video and music you don’t need to access all the time.

If you’ve got an Android phone, check whether it has a microSD slot. This can be in the side of the phone, or behind the back cover. On dual-SIM phones, one of the SIM slots often doubles as a microSD slot as well.

If you’re in luck, you can buy an inexpensive microSD card and install it in under a minute. If you’re planning to buy a larger size (128GB or more), just check your phone supports it before you buy.

If your Android phone doesn’t have a microSD slot, see if it supports On-The-Go (OTG) instead. If it does, you can plug a USB C or micro-USB memory stick straight into it for extra storage.

As long as you’re running iOS 13+, iPhone owners can buy Apple’s Lightning to USB 3 adapter to achieve the same thing. Plug the adapter into the phone, any USB stick into the adapter, and away you go.

Finally, if the internet happens to be reliable enough, cloud-based options like Dropbox, iCloud, or Google Drive will let you offload at least some of your lesser-used files.

If you’ve been thinking your smartphone’s charging more slowly than it used to, you may not be imagining it. Given how hard it can be to find power sockets while on the move or in shared accommodation, anything you can do to speed things up is welcome.

Start with the basics by cleaning the charging port and both ends of the cable. Over time, dirt, dust, and oxidation build up on the charging pins, which makes for a worse connection and slower charging.

Use a wooden or plastic toothpick to pick lint and other dirt out of the phone charging port. A cotton bud and rubbing alcohol will then clean up the pins on both port and cable.

If you’ve picked up a cheap charging cable somewhere along the way, it can also be part of the problem. Cheap charging cables use lower gauge wire and get damaged more easily. This, in turn, results in slow and intermittent charging.

If this sounds like it could be your problem, try to borrow an original cable from someone and see if it speeds things up. If it does, investing a few dollars could easily halve your charging time. Now that’s a worthwhile investment.

Improve the Life of Your Battery

Poor battery life is one of the most common complaints from the owners of old phones. After a couple of years, it’s not unusual to get barely half the charge of a new device.

Updated operating systems, bloated and extra apps, and physical degradation all play their part. Especially for travelers who often aren’t anywhere near a power socket, it’s a major frustration.

There’s no “magic answer” for getting large battery improvements, but there are several ways to get smaller ones. The three biggest battery drains on most phones are the screen, GPS, and mobile data. Turn down the screen brightness as far as you can while still being able to view it comfortably. The dimmer the screen, the longer each charge will last.

As with storage, start by uninstalling apps that are rarely or never used. Even apps that just sit in the background can use a surprising amount of battery life.

Pay particular attention to apps that use location services. It’s not just maps, but many photography, social, and other apps want to know where you are. You can block GPS use completely if you want to (Settings — Privacy — Location Services on iOS, Settings — Location on Android), and can turn it off for individual apps from the same place.

Turn off mobile data when you’re not using it, or when in areas with poor reception. Your phone will turn up the power of the cellular radio to try to get a connection in spotty areas, which drains your battery even faster than usual.

Finally, you can try the various apps designed to improve battery life in all kinds of ways. I’ve had mixed success with any of them, so won’t recommend one in particular, but if you’ve got a bit of spare time, it’s worth trying a few out just in case.

Or Replace the Battery Entirely

If your phone is more than around 18 months old and nothing you try improves battery life, consider replacing the battery entirely. Some Android devices let you do this just by removing the back cover.

If you’re not one of the lucky few, you’ll need to either take it into a cell phone store or try to do it yourself with the right combination of parts, YouTube videos, and hope.

As long as you avoid official stores, it can be surprisingly cheap to get batteries replaced in many parts of the world. Fifty bucks or less isn’t unusual, and can improve the life of your phone dramatically.

With these tips, it’s easy to give that slow, old smartphone a new lease of life, and save your money for travel experiences instead!

Do you have any other suggestions for good ways to keep old smartphones running? Share them in the comments! 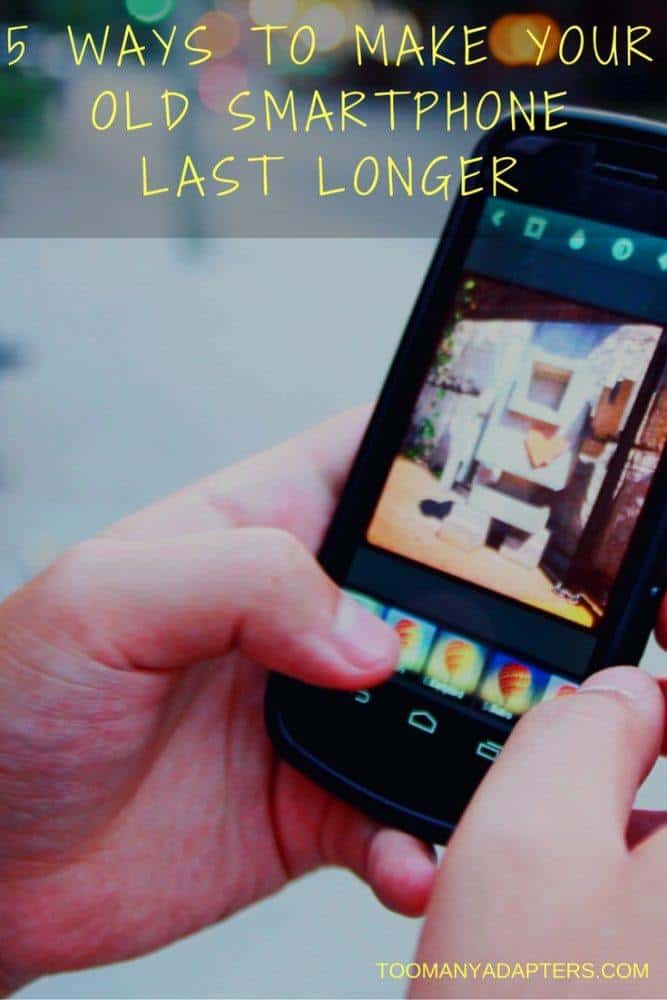