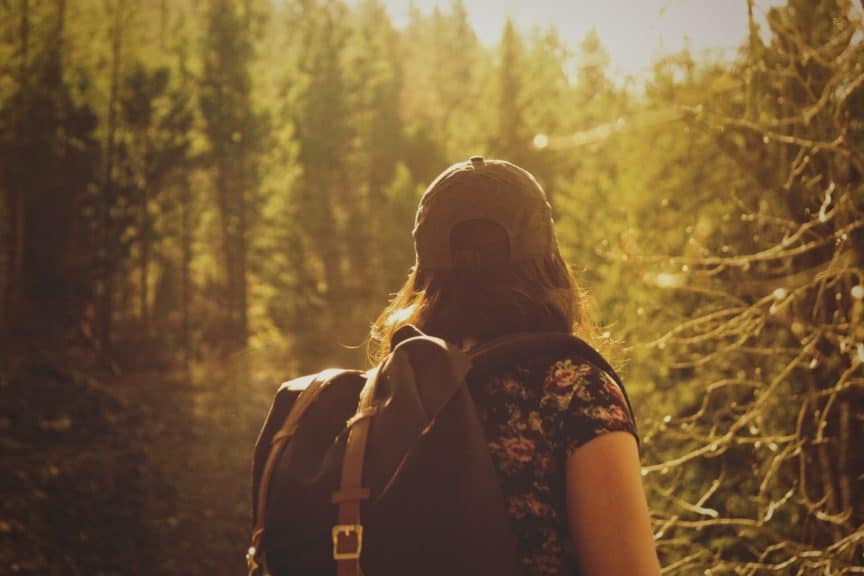 For female travelers, the unexpected arrival of a period can be an annoying incident or a maddening late-night drama. There are no 24-hour pharmacies in many places, and if you’re traveling in rural or remote areas, there may be no pharmacies at all.

In some regions, pharmacies and markets don’t typically sell tampons, just pads and pantyliners, yet female travelers often depend upon tampons to engage in physical activities like hiking or swimming. Effective PMS medications may not be available over-the-counter, and discussion of menstrual health can be taboo in some conservative climates.

Basically, if you find yourself bleeding on a twelve-hour bus ride through the jungle, or if you’ve got excruciating cramps on a Himalayan hike, things can be really, really crappy.

So, what can you do? Other than obviously being prepared (and nobody is perfect, and some periods are wildly unpredictable), there are period-tracking apps that can ease the burden. In this article, we’ll discuss some of the apps, their features, and the pros and cons of using them on the road.

What Are Period-Tracking Apps?

Period-tracking apps help people predict and manage their menstrual cycles, with most taking a similar approach.

Users typically download an app onto their mobile device, then begin inputting data about their periods. Details often include the start and end dates, level of bleeding on a given day (e.g. heavy, medium, or light), and any emotional or physical side effects such as lethargy, nausea, and changes in sex drive or sleep patterns.

With this data, the app calculates and predicts when the user’s period will likely start and end in the future. It will typically try to predict side effects for certain days, such as cramps or moodiness, along with when the user is fertile.

Some period trackers are designed to integrate with other health apps, like Apple Health, and users can often choose to receive notifications about upcoming periods. Theoretically, at least, the predictions should become more accurate over time as users feed the apps more data.

If you’re a traveler, this information can be incredibly useful. You can plan ahead for a period, which may mean stocking up on menstrual products or medications in advance. You can remain aware of possible side effects such as nausea or loss of energy, which could require resting or taking it easy on a given day.

Most of all, you can travel with personalized information that better equips you for the challenges of the road.

What Are the Best Period-Tracking Apps?

This mobile app, available in fifteen languages for iOS and Android, is a free tool that helps users predict their periods, PMS, and fertility window. Clue received the highest rating of 25 surveyed period-tracking apps in a study conducted by Obstetrics & Gynecology journal, due primarily to having the most consistently-accurate predictions.

For travelers, who depend upon accurate data, Clue may be a solid choice. Like many other period-tracking apps, Clue allows users to set up custom notifications, review analyses based on menstrual data, and read pertinent health-related articles.

With over 30 million monthly users, Flo is the most-downloaded period-tracking app in the Google Play and Apple stores. It’s a smart choice for those who crave a large, global user community.

Like other period-tracking apps, it provides a period and ovulation tracker, plus notifications, insights, analyses, and a community. One unique feature of Flo is the pregnancy and post-pregnancy mode, to help track the development of a baby.

While Eve is similar to the competition, it aims for a more “sexy” approach, almost like the 1990s Cosmopolitan magazine of the space. You can still track your period and receive predictions related to PMS, but also partake in “sexy” quizzes. The app uses a more casual, flirty tone than others — for example, “own your cycle and feel good in bed. Get it, girl.”

Feature-wise, Eve integrates with the Apple Health app to track data related to sleep, fitness, etc. It should be mentioned that Glow, the startup company behind Eve, also produces the Glow app, which focuses on fertility tracking. Available for iOS and Android.

This app, created by the Planned Parenthood Federation of America, is available for iOS and Android. Aside from period and fertility tracking, Spot On Period Tracker offers an additional feature that may appeal to travelers: tracking and support for contraception.

You can receive discreet reminders to stay on top of your contraceptive method, such as taking a daily pill or inserting a new monthly ring, which you can set to a specific time (and, therefore, manually adjust according to changes in timezone).

You can receive tips and advice if you make a mistake with your contraception, and there’s a Planned Parenthood FAQ section. If you’re in the United States, you can also text the Spot On team to chat with a health educator.

Like Spot On, this app has a “pill reminder” feature, in addition to period and fertility tracking. You’ll get a notification when it’s time to take your contraception, whether it be a daily birth control pill or a contraceptive injectable. Available for iOS and Android.

If you prefer sophisticated and sleek design, check out Monthly Cycles. It’s perhaps the most beautiful period tracker app out there, and it syncs with Apple Health. Available for iOS.

If you have a Fitbit, you can enable female health tracking on your device. And finally, if none of the above options work for you, there are a few other apps to consider that we simply couldn’t fit into this article: Cycles, Period Tracker, Period Tracker Plus, and Period Tracker by GP Apps.

What Are the Criticisms of Period-Tracking Apps?

The predictions related to menstruation may be inaccurate. That’s especially true for those who have irregular periods, undergo hormonal changes due to stress or contraceptive choices, or simply forget to record data in the calendar.

This a particular concern for travelers, for whom stressful and unexpected situations aren’t exactly unusual. Shouldn’t these apps cater to people who have unpredictable schedules and periods?

Unfortunately, that’s not all: there’s also the issue of gendered language and design. Some apps are designed in a hyper-girly and childish style, while others emphasize traditional notions of beauty.

For example, Period Diary’s home screen features a pink-petalled flower that seems ripped from a preschooler’s backpack, and the “Interviews” section of the Flo website almost exclusively features svelte supermodels talking about their periods. Um, what? Not one girl with a bad haircut or a belly?

Studies have shown that people don’t appreciate the heteronormativity found in some apps (surprise!) as well. When period-tracking apps request data or provide information about sexuality, they sometimes display an image or icon that’s meant to represent a “sexual partner,” and this “partner” only appears as male in some apps. Other apps are more inclusive in approach and design, however.

Finally, there’s the fact that some users depend upon the fertility tracking features as their primary form of contraception. While the fertility predictions may work for some people, they’re not universally dependable, especially if you’re a traveler with irregular schedules, levels of stress, or sleep patterns.

As an example, Life Cycle, an app that was specifically designed to be a form of contraception, has undergone a serious backlash from users who unintentionally became pregnant.

Period-Tracking Apps Now & In the Future

Despite their imperfections, period-tracking apps address an important need and are likely to improve over time. There are some compelling recommendations that product teams can consider today, such as providing better customization tools, eliminating highly-gendered design and heteronormative assumptions, and allowing users to export and generally have more control over their data.

It can be uncomfortable to deal with menstrual issues while traveling, and having relevant tools at your fingertips for staying prepared and informed is empowering.

These apps are typically free, and many are available for both iOS and Android, making it easy to try out a few different ones and see which works best for you. No one app or company has mastered this space yet, and it’s ripe for growth.

Do you have an experience to share about using period-tracking apps as a traveler? 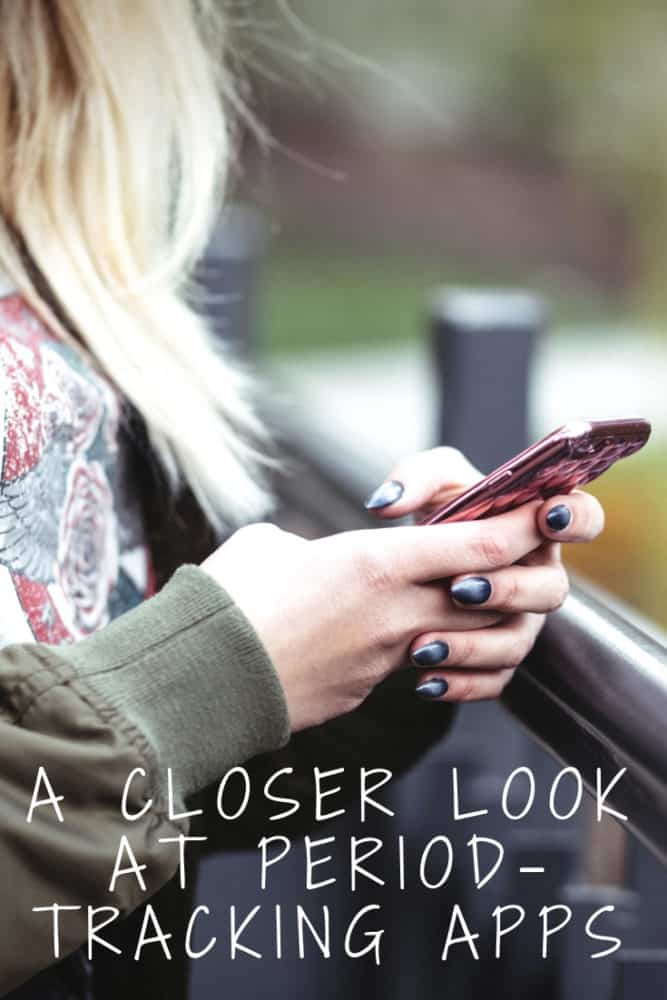