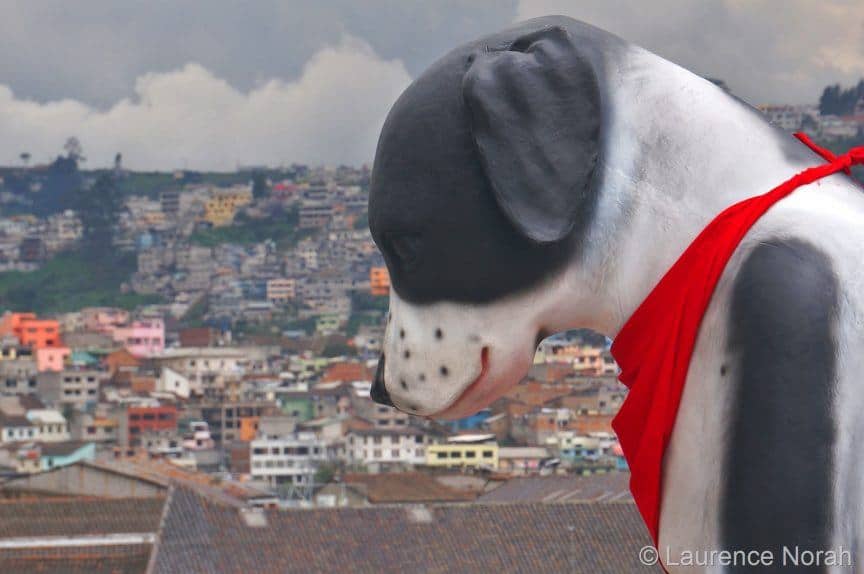 Today we’re going to talk about an aspect of photography that’s often forgotten, but that can make a significant difference to your photos. We’re talking focal length, and perspective.

Worried? Don’t be. We’re going to make this simple, painless, and worry-free. You’ll come out of it wiser, and capable of taking better pictures.

And yes, this one applies to anyone with any kind of camera that offers some kind of zoom, whether it’s a simple point and shoot or some fancy DSLR. Let’s get started.

Chances are you already know what a zoom lens is. It’s a lens that lets you change how big or small your subjects are, and it does this by letting you change what photographers refer to as its focal length.

All lenses have a focal length, which is a number measured in millimetres.

There’s a whole bunch of science behind focal length, but we can happily ignore it. Just remember that the closer to zero the number, the more you will be able to get into your shot. The bigger the number, the less you’ll get in your shot.

Here are a couple of shots taken from the same place, to demonstrate what changing focal lengths can do.

As you can see, smaller numbers result in nice big wide-angle shots, while larger numbers are used for making far away objects look bigger. These examples are from a fairly small focal length change, just to give you an idea.

Any zoom lens offers a range of focal lengths, meaning you have more options available to you when composing. You can zoom in or zoom out to achieve a range of compositions, without having to physically swap lenses or change where you’re shooting from.

If you’re using a point and shoot, all this stuff will likely be referred to as the “optical zoom.” This is a simple way of informing you of the difference between the most zoomed-in and most zoomed-out image you can take.

So a 10x optical zoom means you can make an object ten times bigger from fully zoomed-out to fully zoomed-in.

This stuff is all easy eh? I knew you’d be following along.

Now let’s get on to the meat of the subject: how focal length can affect your photo’s composition.

What Focal Length Does to Your Photos

If you’re taking a picture of a subject, there are two ways that you can make it seem bigger, or fill more of your frame:

You might think that these options would give similar results… and you’d be entirely wrong. Sorry.

Let’s take a look at these two pictures of a Coke bottle, where the bottle fills up roughly the same amount of space in both compositions.

We can see from these two shots that when standing further away from the object and using higher zoom levels (eg. the 315mm shot,) the bottle seems to be much closer to the background than in the 40mm version.

We can take this to the extreme with an ultra-wide-angle lens, shooting the same Coke bottle at 17mm.

As you can see, choosing our focal length and physical positioning is very important when composing and shooting. It’s easy to become lazy and just use the capabilities of our cameras to make objects bigger or smaller, but to get the right shot, you need to be prepared to move around!

What Is It Good For?

It’s all well and good showing you the spiffy optical illusions that result from changing your focal length and shooting position, but it’s no good if I don’t tell you why they’re useful.

One great use, particularly with wide angles, is to isolate subjects from other parts of the scene. Take the flower below. Shot at 17mm, the flower appears much more isolated from the rest of the scene than it would be had I shot it from further away and just lazily zoomed in.

At the other end of the spectrum, zooming in on a subject which has boring surrounds but something more interesting in the distance can result in a much better shot.

Take the dog in the first image of this post. The wide-angle version (below) is quite cluttered. Even if the dog does appear to be about to eat both a palm tree and a person.

In summary: don’t be afraid to get your camera up close and personal with what you’re shooting if you have a wide-angle lens. Most importantly, remember to use your feet to get the best shot! 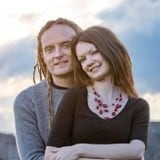