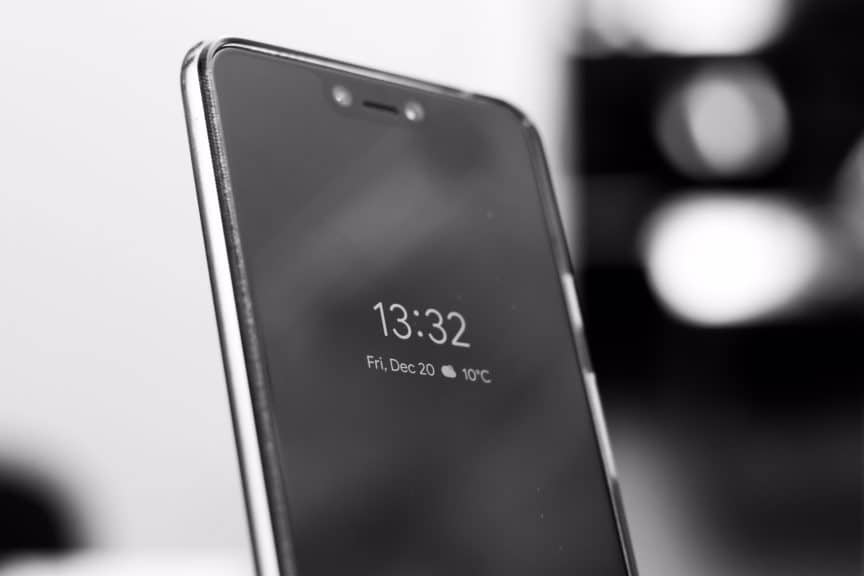 Back in 2015, Google announced Project Fi, its US-based cell service with a bunch of new features we hadn’t seen before.

It switched automatically between the T-Mobile and Sprint networks as needed, and you could call and text over Wi-Fi as well. Prices were cheaper than any of the competition, and you even got credited for data you didn’t use.

The clincher for travelers? Free texts, 20c/min calls and the same low-cost data rate as back home, in 140+ countries.

It had the potential to be a game-changer, except for one big problem: it only officially worked on one phone. The Google Nexus 6 wasn’t a great device, to say the least, but it was the only supported one. I said at the time that the interesting part wasn’t the specifics of the service at that point, it was what it would look like a year or two later.

Skip forward twelve months, and I finally had the opportunity to test it out. I found myself in different parts of the US for six weeks, followed by a trip to Spain and Portugal. Equally important, Google Fi now supported the company’s latest phones, and I’d just purchased the Nexus 5x model. It was time to put Fi through its paces.

The first thing to mention is while this would be a great option for travellers heading to the US who want a local SIM while they’re there, that’s not Google’s intention. Before you can even order the Fi service and SIM, your Google Pay account needs to be associated with a US address.

I’m not entirely sure whether the attached credit card in your Google Pay account needs to have that same address (I happen to have a US card, so mine was), but I wouldn’t be surprised if it did.

You can choose a different address to have the SIM sent out to, but it still needs to be in the US. That’s what I did, and the package took a few days to arrive. Even once you’ve jumped through those hoops, and assuming you have a Nexus 6, 5x or 6p to use with the service, it needs to specifically be the North American model of one of those phones.

There’s no doubt Google Fi is intended to be used only by US-based folks. I was just fortunate that my particular situation allowed me to sign up for it anyway.

I’d picked a plan when signing up — the mandatory $20/month for unlimited domestic calls and texts, plus 1GB of data for ten bucks, with tax on top. Since I already had a Google Voice number, it gave me the option of using it for Fi, or discarding it and picking a new one. It would have been nice to have two numbers, but not really necessary for most people.

After dropping the nano SIM into my phone, the Google Fi app fired up, running me through the basics of activating and using the service. Despite signing up a couple of weeks earlier, my monthly billing didn’t start until the service was active. In under a minute, my phone had locked onto a network (labelled as “Google Fi” in the corner of the screen), and I had call, text and data service.

Using Google Fi in the US

My time in the States saw me in Seattle, New Orleans, Memphis, Nashville and Miami. I didn’t go far outside the cities most of the time, although I did drive the four hundred miles from New Orleans to Memphis. Cell service in the cities was rock-solid, with decent LTE data speeds. It was spottier during the Mississippi road trip, with dead spots at several points along the I-55.

Call quality was good whenever I was on the cell network. When the phone switched to Wi-Fi calling, however, I often noticed delays and distortion, even on a super-fast home network. Fortunately it’s possible to turn Wi-Fi calling off from within the app, and I’d suggest doing so if you’re in areas with decent cell coverage — you’ll get a better result.

Something I didn’t realise about the Wi-Fi calling feature before starting to use it is that it’s not limited to networks you’ve used in the past. Often, as I sat in a restaurant or walked down the street, I’d see my phone connecting to a nearby network. Google says it uses known high-quality, reliable networks for this feature — although exactly how it knows about those networks is another question.

In the real world, that feature was a mixed bag. It saved on data use, but often when I went to use my phone, I’d be attached to some random network I’d walked past thirty seconds earlier, with one bar of signal and unusable Internet.

When the signal was strong, though, the automatic connection was useful, removing the need to ask for passwords or manually connect. Google automatically uses a VPN service to keep your data secure on these untrusted networks.

Speaking of data use, the Fi app (and site) is one of the best and simplest I’ve used from a cell company. It was super-clear to see how much data I’d used, with a daily breakdown. I received regular, but not excessive, notifications as I approached the 1GB mark.

When I nudged over the threshold with a day left in the billing month, I was told what the charges would be for excess use… which were exactly the same as the $10/GB rate, just charged per megabyte. If I’d wanted to buy an extra gigabyte at that point, I could have with a couple of taps, and the excess would have been credited to the next bill.

When you’re used to being ripped off by cell companies, the clear, simple charging and refunding was a breath of fresh air, especially when the service was so inexpensive in the first place.

After an overnight flight from Miami, I landed bleary-eyed for a layover at Madrid airport. Before I’d even left the plane, the Fi app had cheerily told me I was now in Spain, and advised what I’d be charged.

SMS was free, cellular calls were $0.20/minute, and data was the same $10/GB it had been in the US. Wi-Fi calls use Google Voice, so calls to North America were free, with most other countries being a few cents a minute.

The Wi-Fi at Madrid airport was time-limited, so I just used my phone instead. Download speeds are limited to 256Kb/sec, and it showed — web pages were sluggish to load, and emails took a few minutes to come through. I wouldn’t want those speeds all the time, but given the low cost and ease of use, I was happy to put up with it for a while.

When I arrived in Portugal a few hours later, my phone seamlessly switched to the new provider, and Fi again told me where I was and what I’d be charged. I promptly called an Uber from the luggage carousel, then messaged my Airbnb host from the car to tell her how long I’d be.

That kind of simplicity makes a big difference when traveling, and having to do nothing beyond take my phone out of flight mode was refreshing.

One interesting quirk was international data being listed separately, by country, in the app. I initially thought that meant I was being charged in addition to the data I’d already purchased, but of course, I wasn’t — unused data from the 1GB I’d already bought would be credited back, at the same rate, at the end of the month.

I continued to use the Fi service for several days in Lisbon, before eventually buying a local SIM — I probably won’t be back in the US this year, so decided to cancel the service. If I could have kept paying the same amount for the same service with a local number and unthrottled data, however, you can bet I would have.

Canceling was even easier than signing up — it took a couple of clicks, then waiting a day for the confirmation to come through. My number returned to Google Voice without a hitch.

But I Don’t Have a Supported Phone!

So, Google Fi is great for anyone based in the US, who owns a current model of Google phone or one of the few other supported handsets. What about everyone else, though? What if you’re one of the vast majority who live overseas, or are from the US but own a different device?

Well, that’s the problem. As mentioned above, most non-US folks won’t be able to sign up for the service, even if they’re taking a trip there. It’s not available for signup anywhere else in the world, which is a great shame.

For Americans without the right type of phone, there is a glimmer of hope. If you can find someone with a supported device who can activate the Fi SIM for you, it will apparently then work in any other GSM phone.

You’ll hit some limitations, though — it’ll be T-Mobile only, with no switching to the Sprint network or Wi-Fi calling. You’ll likely also struggle to get much support from Google if you have problems, and not all GSM phones support T-Mobile’s cellular frequencies.

Still, for light to moderate data users who live in areas with good T-Mobile service, it might be worth considering if you regularly travel internationally. It’ll likely work out cheaper than T-Mobile’s own Simple plan, which is the only other way to get affordable global roaming for US customers. Whether it’s worth the effort and lack of support, though, is up to you.

As you can probably tell, I was very impressed with Google Fi, and was genuinely sad to cancel it after leaving the US. It worked better than expected, and although the Wi-Fi calling still needs tweaking, it’s not an essential part of the service.

Data speeds were fast within the US. Prices were lower than the competition for my light/moderate use, even before any credits for unused data kicked in. The app and website were some of the best I’ve used from any cell company, and cheap, simple international roaming was the icing on the cake.

If I lived in the US — somewhere that had decent T-Mobile or Sprint coverage, at least — I’d use Google Fi even if I didn’t travel. Being able to have cheap or free calls, texts and data in 140+ other countries with zero effort would make it a no-brainer.

If you can use it, Fi is a great service. All we need now is for it to work on more phones, and to be able to sign up and use it in other countries, with local numbers.

At that point, it really will be a game changer.