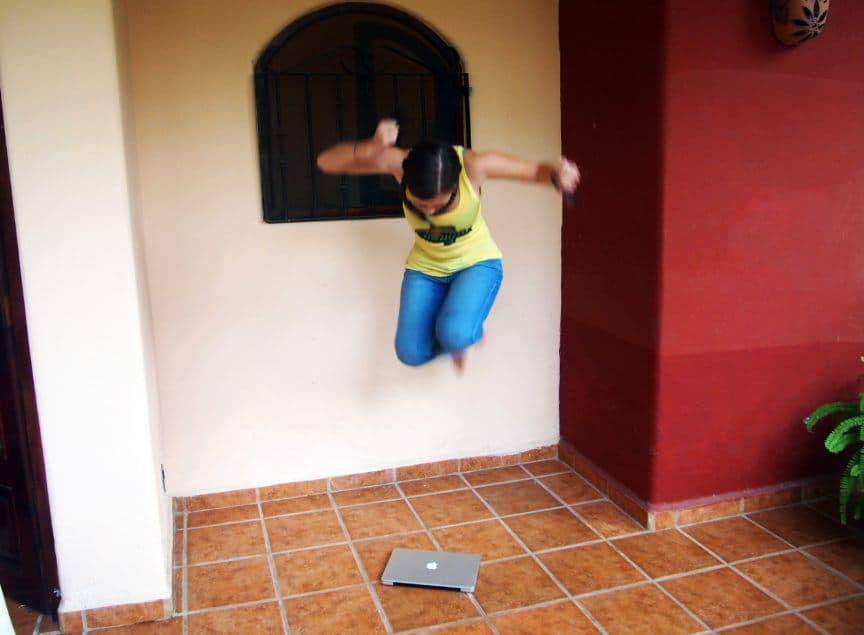 I am a die-hard Apple fan.

The various Macbook Pros I’ve owned over the years have helped make my life so much easier, so much so that I couldn’t imagine ever owning a Windows laptop again.

Given my propensity to destroy technology, the Windows laptops I was having to replace every six months turned into Apple laptops that were lasting three years. I was actually saving money by using Apple products. They were Lauren-proof!

I say all this to make it clear that I’m not an Apple-bashing Windows user. I love Apple so hard. Yet, this month, I was so close to deciding to never use an Apple product ever again.

Apple now holds the accolade for giving me the worst customer service experience of my entire life.

First, some background. I’m a travel writer and work solely online. I don’t have a fixed base or home address. I’m from the UK but currently living in a tiny town in Mexico.

A couple of weeks ago my Macbook Pro broke. Given my line of work, this was a disaster. However, given my track record with technology, this was also not a surprise.

Side note: I backed up my laptop for the first time in almost a year the day before it broke. I was lucky. Back your shit up, yo!

There obviously isn’t an Apple Store in this little town, but there is an online Apple Store in Mexico. Even luckier, Apple announced a brand new range of Retina Macbook Pros a couple of days after my laptop broke. It was a sign!

Except… I checked the price and they cost $600 more than they would in the US.

Yes, it would be cheaper for me to fly to the US, pick up a Macbook and fly back.

I was in a bit of a predicament.

Fortunately, all it took was a ranting Facebook status for me to find out my friend Matt, who is currently living in the same town as me, had his father flying down to visit within the next week.

If I could get the Macbook delivered to his dad in time he’d be able to bring it down to Mexico with him. Problem solved.

I jumped online, ordered the laptop and, erm, couldn’t use my UK credit card to pay for it.

I hopped onto Apple’s live chat who, as you are about to learn, are a bunch of incompetent buffoons, and was told there was no possible way I could order a laptop from the US Apple Store with a UK credit card.

Their suggestion was to find a friend in the US, ask them to purchase the laptop for me, and then Paypal them the money. I’ve since found out this isn’t true and I should have been able to order with my card over the phone.

And so, I asked around and my friend Steph was happy to let me order it with her card. I paid $30 for guaranteed delivery by Monday. Matt’s dad was leaving the US on Tuesday. I transferred her the money, cringed at the $100+ Paypal fees, and breathed a huge sigh of relief.

I then received a notification letting me know that the laptop had been shipped and it was going to arrive on Tuesday — even though I had paid for it to be delivered on Monday.

I phoned Apple support (who were just as incompetent and buffoon-like as their live chat counterparts) and was told that there was no possible way I could have it delivered any sooner. There was a 0% chance of it arriving on Monday, but they could cancel the order for me if I wanted.

At some point that call broke up, so I called back to have the order canceled. I was then told it wasn’t possible to cancel an order once it had been shipped, and they didn’t know why the last person I’d spoken to had told me it was.

I was then told to call FedeE, because they would definitely be able to move my delivery date to Monday. I called FedEx and they told me they weren’t authorized to do this, and I’d have to do it through Apple.

It was at this point that I gave up. I’d have the laptop delivered to Matt’s dad, get him to return it to Apple once it had finally arrived, and then receive a refund. To Steph’s card. It was getting stupidly complicated.

However, it was about to get even worse.

It was at this point that Matt kindly offered to order a Macbook from a physical Apple Store in San Francisco, then get his dad to collect it and bring it with him. I wasn’t looking forward to spending yet another $2500+ on a second laptop within a few days, but by this point I just wanted the bloody thing.

I then had the joy of phoning Apple Support once more to find out whether I’d need to purchase Applecare for the new laptop. I was told I wouldn’t need to, that I could just transfer it over to the second laptop.

I phoned a second time to double-check, and was told it couldn’t be transferred and would be refunded with the first laptop. By this point, I wasn’t even surprised.

I was horrified, but again not surprised, when I discovered that Matt ended up on the phone to Apple for four hours trying to order a laptop for me.

Matt was told that he could order a Macbook Pro to be collected in a US store over the phone using his Canadian credit card. When he called up to do so, he was told that it wasn’t possible and he’d have to do it through Canadian Apple Support.

He called Canadian Apple Support and then was told it wasn’t possible to order a laptop in the US through them. And so on and so on until four hours later, he gave up. I gave up. We all gave up.

By this point, everybody hated Apple.

Fortunately, somehow (and no thanks to Apple) it all worked out in the end. The laptop was delivered on Monday (so much for a 0% chance of it arriving) just before Matt’s dad went to a physical Apple store and attempted to buy me one there, which had been plan… F?

So, I understand that this is a very specific use case, and that not many people have the type of lifestyle I do. I realise that simple things like ordering laptops or having them repaired are always going to be tougher, especially when I spend most of my time in developing countries.

The problem I had was that none of the sales support staff seemed to have any idea what they were doing. I was told something different each and every time I spoke to anyone at Apple, and most of the time it was completely wrong.

Although I ended up with a laptop, this is a process that I genuinely hope nobody else has to repeat. I am more than familiar with the process of ordering electronic equipment around the world and I’ve never had an experience as poor as this.

After having a similarly frustrating experience with Apple when my iPhone broke in New Zealand earlier this year, I just don’t know how I can recommend Apple products to anyone who travels long-term.

Trying to get anything fixed or replaced in a city that doesn’t have a physical Apple Store, while not having a fixed base, is just, quite frankly, a gigantic pain in the ass. 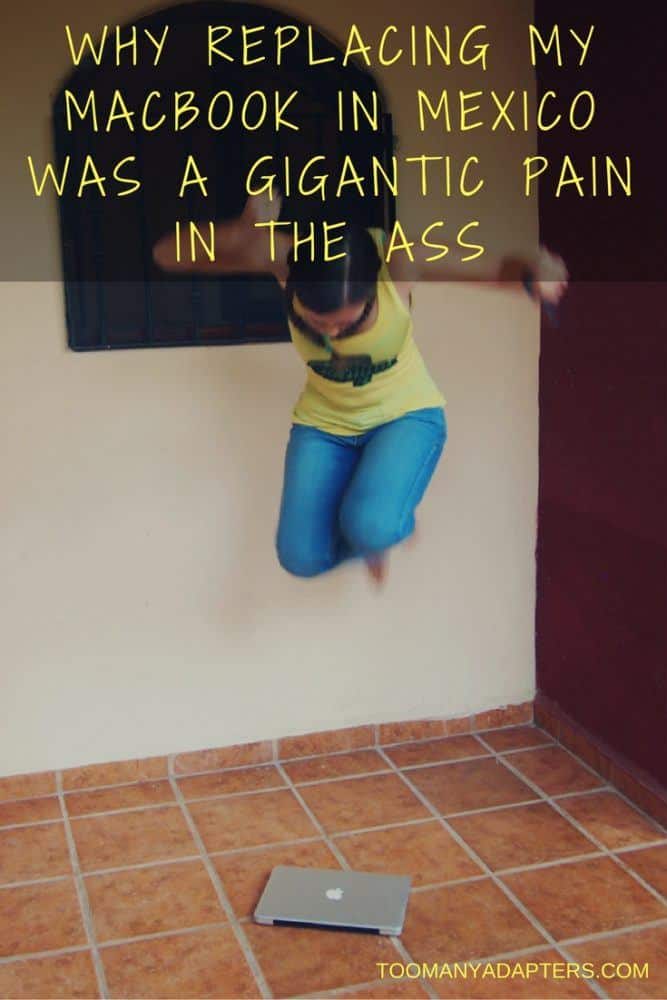