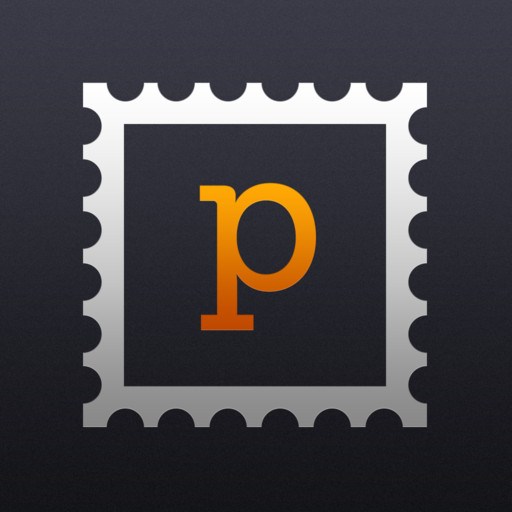 Update: October 2013. The company behind Postagram has changed its privacy policy to the detriment of its customers, now allowing the disclosure of their personal information to direct marketing companies by default. We believe that this is an unacceptable business practice, and as a result can no longer recommend this service.

Note that the Postagram app (operated by Sincerely.com) and postagram.com are not the same thing, and have no affiliation with each other.

It’s easy to forget in our hyper-connected world that some people we care about just aren’t online. They don’t see our Facebook statuses, Twitter messages or read our blogs. A physical postcard can mean the world to then.

Even for our friends and family that are connected, a postcard always feels a bit more personal than an email or posting a photo on Facebook.

Unfortunately it can often be a pain to figure out a country’s postal system and, even if you do, some of them are notoriously unreliable.

While I was preparing this post, my mum let me know that a postcard I sent from Puglia, Italy (yes, that Italy—the one in Europe) in 2009 only just arrived.

I kid you not: two thousand and fricking nine!

The postcards themselves are great but the system for sending them can be clearly unreliable. If only there was a modern, technological solution…

Postagram is an iOS, Android and web app for converting your photos into physical postcards that you can send almost anywhere in the world.

They promise to get your postcard to your recipient within 2–5 business days and, they live up to that promise—my mum’s arrived five days after we sent it, which is a vast improvement on four years.

Simply select or take a photo, which is then cropped to a square à la Instagram, and add a short message. The message is limited to 180 characters, all in one paragraph, and has no formatting so you have to be brief.

You can select multiple recipients (although surely that reduces the personal nature of it a little) and the app will scan your address book for people who have their postal addresses filled in, or you can add a new address manually.

Enter your credit card details, hit send and you’re done. Didn’t even have to leave your sun lounger and Piña Colada.

The service will keep you informed on your postcard’s progress and if it doesn’t arrive or it’s damaged, just let them know and they’ll send out another one free of charge.

Cost: The app is free to download, and it costs 99¢ per postcard to US addresses, or $1.99 to other countries.

Bonus: Right now, they’re offering 5 free postcards with each download of their app in the iTunes store.

OK, so sending a real postcard might still work out a little cheaper (perhaps not, depending on where you are) but, really, when was the last time you actually went to the effort to send one?

The app is still a little buggy, but the service itself is reliable and being able to pull out my phone and quickly and easily send out postcards from anywhere with an internet connection is amazing. Knowing that you could make someone’s day with that simple act makes it easy to recommend.

Postagram is available on the App Store and the Google Play stores, and online. Check out Postagramapp.com

Simon Fairbairn is one half of Never Ending Voyage, a digital nomad couple who travel the world indefinitely. He cut his geek teeth on an Amiga 500 and learned computing the hard way—by breaking his dad's desktops and desperately trying to fix them before the old man got home.A recovering PHP developer and web designer, he has since learned Objective-C and now develops iOS apps over at Voyage Travel Apps.