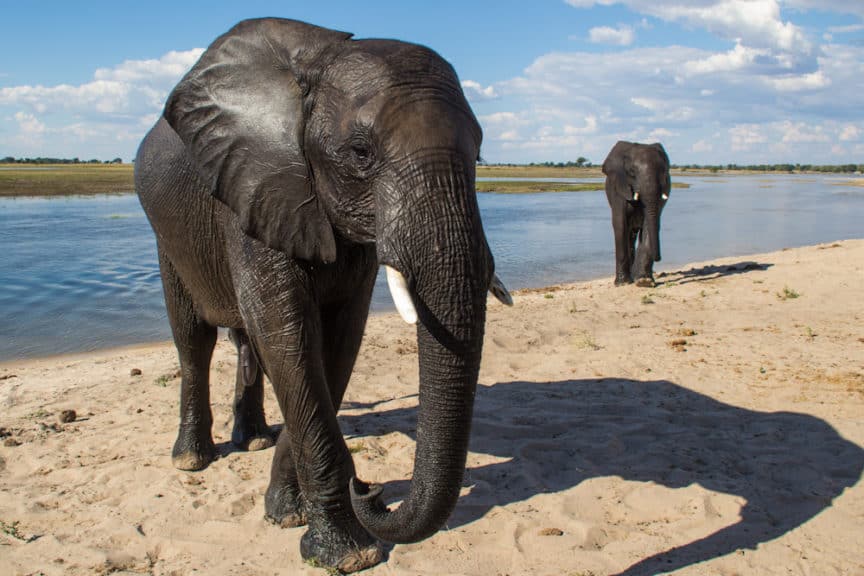 There are few more powerful moments in one’s life than standing eye-to-eye with a muscle-bound lion, having an elephant charge you, or watching a cheetah race through the grass.

For most, though, a safari is a once in a lifetime experience. You want to get it right, and you want to capture it well so you can look back on it for the rest of your life.  Since properly capturing a safari can quite often come down to your gear, what should you be packing?

Which Camera Is Best for a Safari?

The obvious answer here might be to tell you to bring the best camera you can. However, that’s not entirely true. I know plenty of people that have bought an incredibly expensive camera for a specific event and then found themselves frustrated the entire time because they didn’t know how to use it. Bring a camera you’re comfortable with, that you know how to use.

Sure, a DSLR is likely going to get you the best quality photos, but only if you know how to use it. If you prefer smaller cameras and don’t want to worry about the functionality of a DSLR, try something like the Panasonic Lumix 2500 which has great zoom and is simple to operate.

Honestly, it comes down to the type of image you want and your comfort level. I’ve shot safari images on everything from point and shoots to iPhones, DSLRs to tiny action cameras, and my favourite images aren’t always with the “best camera.”

Which Lens Is Best for a Safari?

Again, the obvious answer might be to tell you to pack the longest lens possible, but again that’s not necessarily true. For one, if you’re shooting a long lens like a 400mm, you’re going to need some time to set up. If you’re with a safari group, you’re not going to get the time you need to shoot, and you’re going to miss out on lots of shots.

Also, I should mention that you don’t really need to buy this equipment. Personally, if I’m going on safari, I’ll rent a long piece of glass. I’m not going to spend $5,000-10,000 on a lens I’ll use once a year.

You can rent equipment back home and take it with you, and some destinations also have lens rentals available.

Do I Need a Tripod on Safari?

Need? No. But you should bring one, or something else to stabilize with. Personally, when I’m on safari I mostly use a monopod because I like the mobility it gives. If the light is really low, though, I might use a tripod for the added stability.

If you’re on a self-drive safari, you might also want to sort out some sort of windowsill rig. Some people simply use a beanbag they place on the windowsill, others use a mount that attaches to the window. Either way, it will give you really nice support even without using a tripod.

Again, the obvious answer isn’t always right here. Personally, I take less memory than I should, but I do it on purpose. Going on safari can be exhilarating, and we can find ourselves taking ten times as many photos as we should.

If you have too much memory space you’ll end up taking thousands of photos, and then finding yourself unwilling to edit them all at the end of the trip.

I do this a lot, so I really only take photos if they’re very good, but still take about 100-150 photos a day on safari. I’ll then go through them each night and cut them down to about 50-75. Most people should expect to take about 250 photos a day. To be safe, take enough memory for 300 photos/day.

One last thing on this subject: don’t buy cheap memory cards. On safari you need speed, so don’t settle for cards that can’t keep up. Reliability is also important — you won’t be able to go back and take another shot of that lion kill if your memory card corrupts.

I use Sandisk Extreme cards. They’re the most durable, and also the fastest. It’s worth the extra money.

What Should I Do About Backups?

What I do on safari is bring along an external hard drive with built-in card reader that I can copy the photos onto. When you do this, don’t delete the photos from your memory cards. You want the photos in both places in case one of them fails.

Moreover, you’ll want to make sure you’re backing them up at each break you get. I tend to back up at lunchtime, and then again before bed. You can find more on backing up your camera photos while traveling here and here.

Should I Bring a Laptop on Safari?

Honestly, there’s no need. Some people like to edit their work right away, but I like to let it sit for a day or two so I feel less attached to the images when I edit them. Plus, you’re on safari — you should be enjoying the experience, not editing photos.

If you have an iPad, tablet, or smartphone though, it might be good to bring that along to keep yourself entertained at night.

Will I Be Able to Charge Things on Safari?

It all really depends on the park you’ll be visiting, but the answer in Southern and Eastern Africa is almost always yes. There are the odd occasions if you’re bush camping somewhere like the Okavango Delta that you won’t have power, but it’s usually just for one night.

The national parks are very well developed in Southern and East Africa, and there are almost always lodges and electricity at the camps. It’s not really an issue. That being said, pack a couple of extra batteries just in case.

You don’t need much in the way of extras, but there are a few small things worth dropping in your bag. Don’t forget lens wipes, as safaris usually get really dusty. You’ll probably want to also pack duct tape because, well, duct tape fixes anything.  You may also want to pack binoculars for spotting wildlife in the distance.

Brendan van Son is a Canadian travel writer and photographer. He has travelled to 6 continents and has covered them all on his blog Brendansadventures.com. If you're interested in Brendan's work, he is running a photography workshop in Ireland in October 2013. 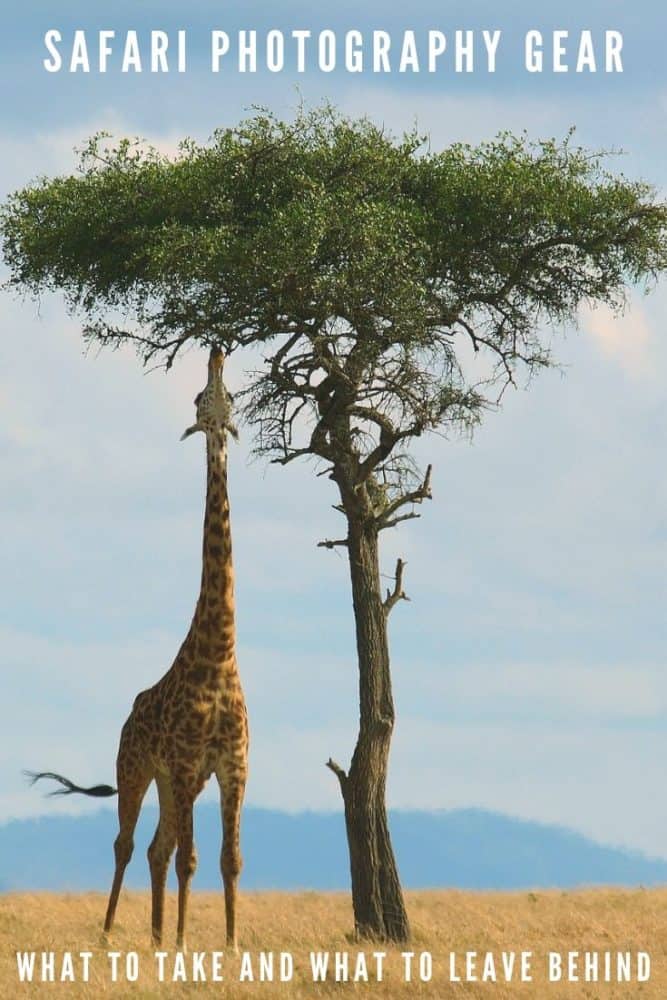