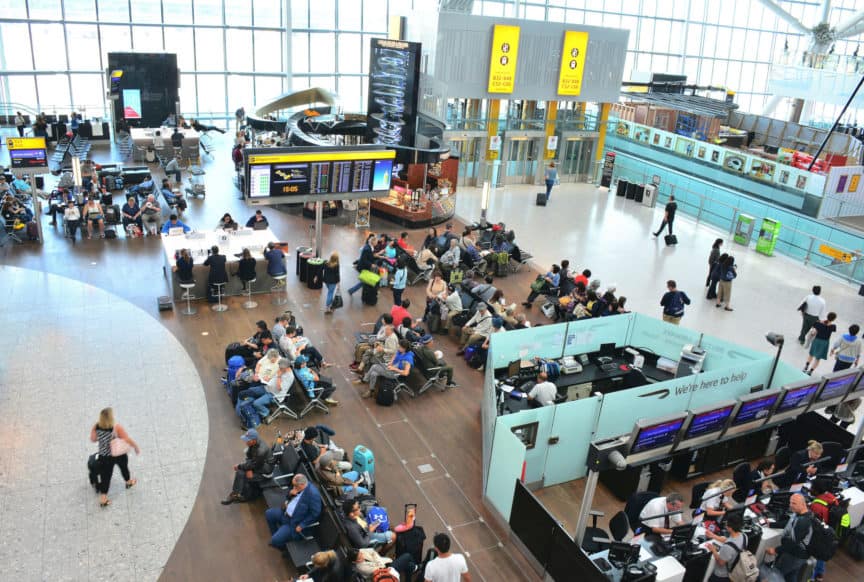 Airports. Whether you love them or hate them (there’s no middle ground!), as a traveler, it’s hard to avoid them.

It is no secret that airports are among the least enjoyed aspects of travel. Getting there. Dealing with security. Running around trying to find the right gate. Waiting for hours to actually board (yay delays…). Oh, the things we put up with to get where we want to go.

This whole ordeal may finally be about to get a tiny bit better, though. Airports are getting “smarter,” and in theory at least, our time in them may become less miserable.

With the aid of technology, we may be able to reduce waiting times, avoid bottlenecks at security and passport control, find our way around faster, and more.

Checking the identity of travelers is a top priority for airports and airlines. The promise of greater accuracy and speed is driving the rapid adoption of a new technology: facial recognition.

When fully functional, facial recognition has applications for check-in, passport control, and boarding. In theory, it can reduce the time taken for any of these steps to just a few seconds and even make boarding passes a thing of the past.

The tech is already in use in several airports, including New York’s JFK, Miami International, and Washington DC’s Dulles. The rollout hasn’t been without its problems, though, with reports of consistent failures to “consistently match individuals of certain age groups or nationalities.” Not ideal.

A key part of the passenger journey is finding the way from check-in to the boarding gate, a trip that invariably goes via security. While security is necessary, it’s often also very cumbersome.

Hundreds of people taking their shoes off, removing laptops from carry-ons, and needing to go through secondary searches, typically in crowded, understaffed areas, is a recipe for long lines and frustration.

These wait times are another issue technology is trying to solve, with smart beacons, cameras, and sensors measuring time spent in line. When delays are detected, the system can send warnings to passengers’ phones or post on the airport website, alerting travelers and staff ahead of time.

Beacons can also be used to help passengers find their way using the airport’s app. Locating and tracking a traveler’s location within the airport, the app can provide personalized directions to the boarding gate, suggesting dining, shopping, and other options along the way.

At the other end of the flight lies another big travel gripe: waiting next to the luggage belt, not knowing whether your bag will actually appear. While some smart luggage is already trying to end the uncertainty, there are also tech options that airports can deploy.

Connected beacons throughout the baggage handling process can collect data and transmit bag locations to passengers’ phones. According to SITA, nearly half of the airlines it surveyed plan to have this technology deployed by the end of 2018.

The benefits don’t have to stop once you’ve left the airport. Technology can make flying more enjoyable as well, and not only for those in business class. Historical data can show airline staff whether passengers have specific needs even before they board.

Smart cabin seats could sense levels of anxiety, hydration, or temperature, and can alert the passenger or even the airline crew if the situation is dire.

Flight connections can also be made more efficient. Travelers could receive notifications on their phones about connecting flights, including boarding gates and departure times. Airlines would also be notified of inbound connecting passengers, so they know who to wait for.

In their quest to make the flying experience more enjoyable, smart airports are collecting as much data as they can. From check-in to security to passport control, connected devices measure time spent in security, how long boarding takes, wait times at luggage collection, and much more.

Airports around the world are experimenting with smart technologies, with current systems focused on passport control, wait times, and tracking down late passengers.

Doha’s Hamad International Airport has focused its efforts on reducing time spent in lines. In 2017 the airport implemented its Service Delivery Management System (SDM), aiming to improve the efficiency of key passenger activities.

Beacons, smart security gates, and self-check-in terminals collect data at important areas like check-in and security. This gives the airport authority details of how long each process takes, from arrival to boarding the plane.

This allowed the airport to identify areas to improve, such as transfer wait times. By April 2018, the airport estimated that 99.5% of transfer passengers were waiting under its five minute target time for waiting in line.

London City Airport started experimenting with smart technologies as early as 2015, making it the first airport in the world to do so.

The combined data from these sensors helps predict total wait times and estimated delays or bottlenecks in busy areas, and send notifications right to the passenger’s phones.

Routinely ranked as the best airport in the world, Singapore’s Changi Airport is no stranger to innovation, efficiency, and passenger satisfaction. It’s now trying to end one of the biggest annoyances for travelers and airlines: flight delays due to late passengers.

Changi is testing facial recognition for finding passengers whose flight is about to leave, searching for them around the terminals in case they lost track of time. The airport expects the technology to be ready to use next year.

Unsurprisingly, people have voiced concerns about the privacy implications of this approach. The airport has made it clear that, prior to launching the system, it will request permission from airlines to locate their passengers using facial recognition.

Launched in 2016, the latest version of Miami International Airport’s app is more than just a collection of terminal maps: it’s a personalized guide to the airport, customized to each passenger.

The customization comes from data provided by over 500 Bluetooth beacons installed around the airport, which send relevant information to the app depending on where the passenger is.

Users scan their boarding passes, and receive step-by-step, blue-dot navigation paths to their gates, along with estimated transit time, flight updates, and suggestions for nearby shopping and dining.

Miami is one of the first airports to use beacon technology like this, with Copenhagen, Dallas/Fort Worth, Hong Kong, and others already looking to follow suit.

Dubai International Airport’s main goal in its “smart” journey has centered around improving efficiency at passport control. The plan: instead of waiting in line and talking to agents, passengers would walk through a smart tunnel instead.

The tunnel, announced in April 2018, will use artificial intelligence and a biometric system to identify passengers as they walk. There’ll be no need for people to show their passports, or do anything else.

Instead, passengers will initially stand in front of the tunnel for iris scanning, with face recognition technology doing the rest as they walk through the tunnel.

The final goal? To have the entire identification procedure completed in less than 10 seconds. 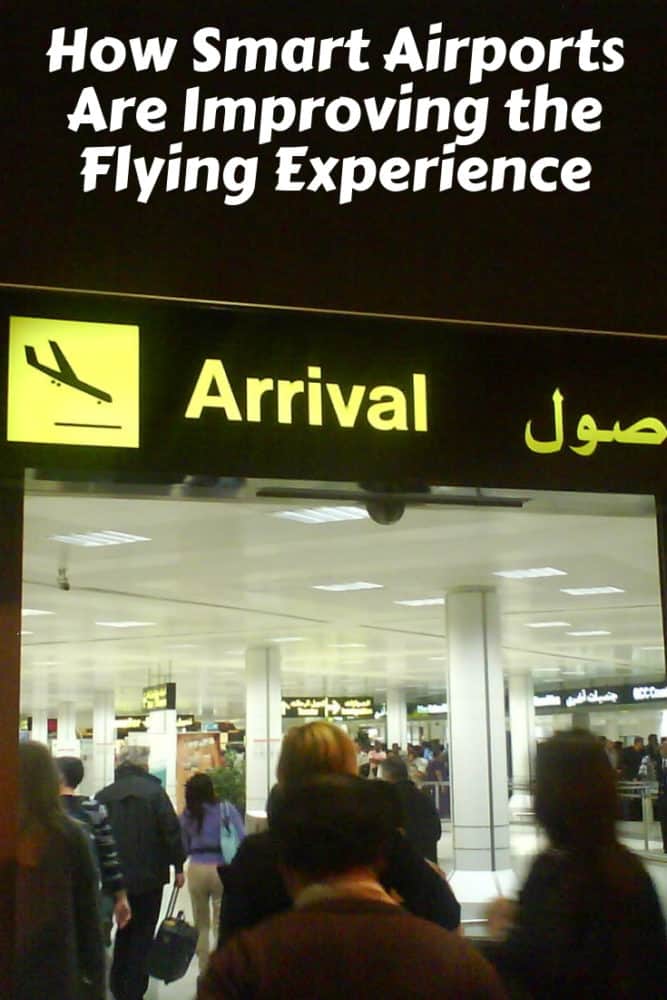