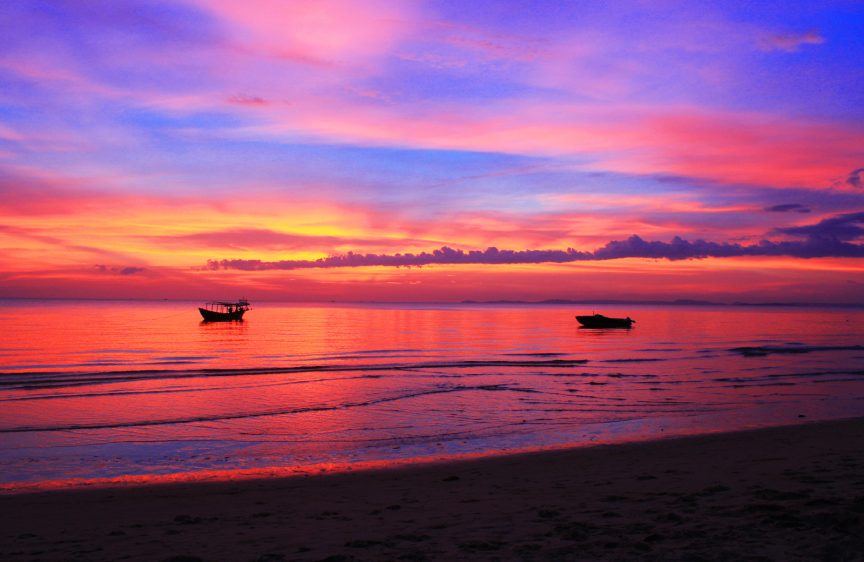 I sat in a beach bar and watched the sky turn from pink to purple. Otres Beach is one of my favourite hangouts in Cambodia, and the perfect place to celebrate buying a new Macbook with a margarita or two.

With the tender gaze of a woman who had just given birth, I reached over my cocktail and caressed the sparkling aluminium unibody. My fingers tingled with anticipation as I ran them over the crisp Retina screen, along the edges of the glass trackpad, and around the pristine keyboard that had yet to be used as a plate for my sandwiches. I looked up at Dave with glistening eyes.

“To not breaking any more laptops,” he said sternly, raising his beer in salute.

“Cheers!” I said, reaching over the laptop for my margarita. I swung it towards him in a swift arc that ended when I slammed the glass into my laptop.

Together, we watched in open-mouthed horror as the contents rose up through the air and fell with a splat on my no-longer-pristine keyboard.

I’ve never been proficient at keeping my technology alive, but one thing I’ve picked up on over the years is that laptops don’t typically survive if their insides are exposed to alcohol, citrus, sugar, or salt. Mine had just bathed in a combination of all four. I was screwed.

“Oh my god,” Dave groaned, hanging his head in his hands.

Once the screen turned black, I scurried across the sand to our bungalow, laptop held high above me, margarita pitter-pattering on my head.

I was travelling of course, so those tips I’d heard about throwing your waterlogged tech in a bag of rice or silica, or laying it to rest inside an airing cupboard, weren’t going to be much help here.

I skidded into the room in a panic. Keeping the laptop held upside down so the alcohol could drain from the keyboard, I rested it up against the nearest wall.

And then, I waited.

While my laptop was dribbling alcohol from every orifice, I left it resting upside down for three nerve-wracking days. I needed to wait until everything had dripped out. I changed up the angle every so often, to make sure no droplets were left behind.

When it was finally time for the moment of truth, I flipped over the Macbook, hovered my finger over the power button, and pressed down.

It was working! My Macbook was invincible!

With a rush of euphoria, I opened Facebook and sent my mum a celebratory message.

That was strange. I tried again.

I discovered that when I pressed certain keys, it triggered the wrong letter. I opened the Keyboard app and began to map out my new layout.

Much to my astonishment, though, the keyboard slowly began to heal itself. After a week, the M and backspace were back to normal. The next week, the X and + were in their rightful places. It took about a month for the keyboard to sort itself out but after it did, I had no further problems.

My laptop lasted over a year before it died from something unrelated to the margarita (but likely related to my clumsiness in some other way).

Here’s how you can raise the odds that yours does, too:

Turn it Off. Immediately

This is the step that saved my laptop. As soon as you spill anything on your keyboard, turn it off. Unplug the charger and take out the battery, too. Unless you have a Macbook, in which case you can’t. Liquid + electricity = death to electronics. If your laptop’s off, it may still have a chance of survival.

Rest your laptop upside down and rotate it through different angles to make sure everything’s out.

Clean and Dry the Outside

If you spilled water, dry anything you can see with a cloth or paper towel (including between the keys). If your spill involved coffee, soft drink or other sticky drinks (yes, including margaritas), you’ll want to use a wet wipe or similar to get rid of the residue first.

Keep it Turned Off

You’ll want to be certain every last drop of liquid is out before you turn it on again, so keep it powered off for a minimum of three days.

Unless it’s been two weeks and your laptop still won’t turn on. Then you should give up. And if it does turn on but you’ve got some crazy things going on with your keyboard, stay patient. It might still resolve itself eventually.

One of the best investments I made after The Great Spill was in a keyboard cover. They’re cheap, and will save your ass so many times. It means you can drink near your laptop without worrying about the consequences, and if you do knock a drink over, you’ll be protected. I do it all the time.

Have you managed to spill a drink on your laptop before? Did it survive the experience? 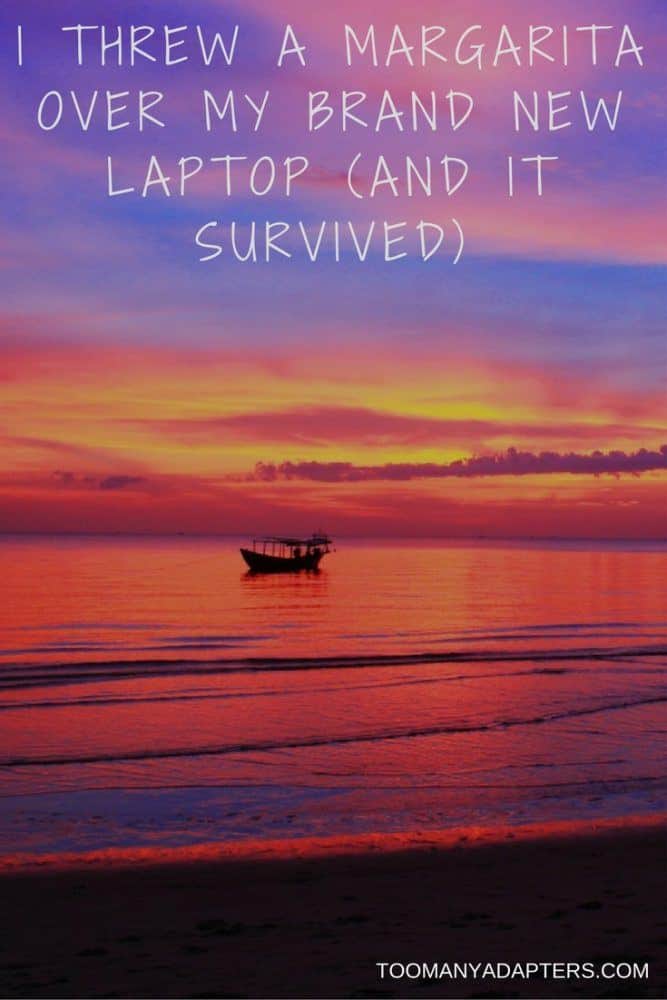