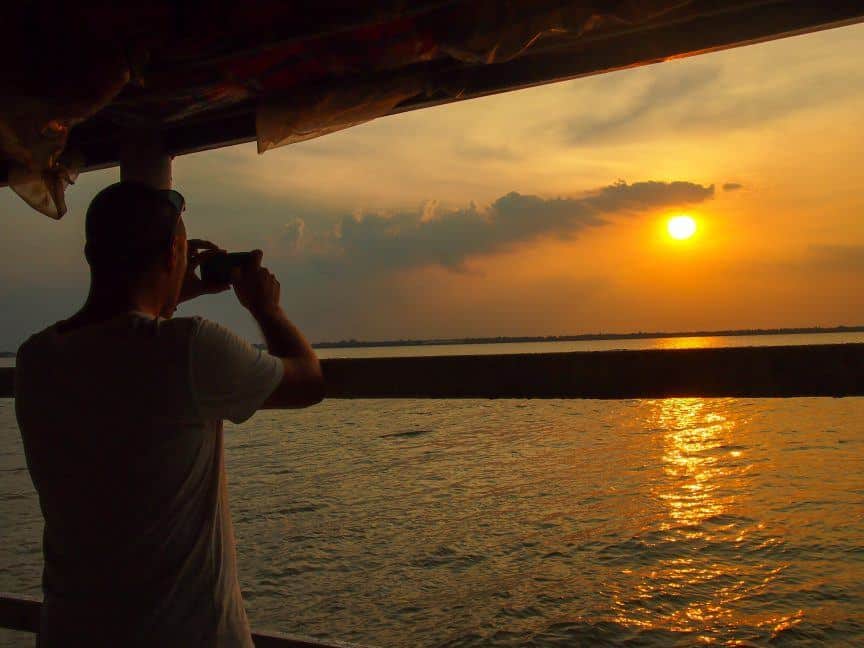 I travel, and I write about tech. The end result is, typically, a bottomless pit of gadgets trying to burst out of my backpack, most of which don’t really justify being there in the first place.

Now and then, though, I find something that’s genuinely pretty great. It doesn’t cost an arm and a leg, is robust and reliable, and simply makes my travels a better experience in one way or another.

These are the half-dozen pieces of tech gear that fit all of the above criteria and have made the biggest difference to me in the last year or two on the road.

I’ll admit that in the past, I’d often be afraid to explore too far from wherever I was staying, or to walk off the edge of the map in my guidebook or tourist brochure, because I might not be able to find my way home. It’s a lame excuse, but it happened. Now, I’ll happily wander anywhere for hours, knowing that the magic blue dot will guide me home.

I don’t usually carry a camera when exploring cities any more, since the one on my phone is good enough. Podcasts and playlists make long travel days pass more quickly, while still leaving my eyes free to gaze out the window.

Tripit has replaced a binder with my itinerary, I use Skype, WhatsApp, or email rather than hunting out a payphone or Internet cafe, and ebooks and Pocket instead of paper guidebooks. That’s all before I even factor in trying to run a business from the road.

I started out with an Apple iPhone 3G, moved to a Samsung Galaxy S2, and now carry a Google Nexus 5. They’ve all been great, and each one has cost less than the one before. You can now pick up a perfectly usable unlocked smartphone for under $300, and a pretty damn good one for not much more $400.

Smartphones come with downsides, of course, and there’s always a battle to stay engaged in the moment rather than the screen. On balance, though? My phone is the travel gadget I’d be least happy to give up.

Smartphone prices may have come down and usefulness may have gone up, but the battery life still sucks. Long travel days still leave my phone and other gadgets gasping for power before I can get anywhere near a mains socket.

Recently I started using a 7800mAh Mazzo Powerdrive, which lets me charge my phone a couple of times and still have enough juice left to get my Kindle or GoPro fired up again too. It’s changed the way I use my gear, especially the phone. There’s no more rationing of screen time or keeping it in flight mode just to nurse it through the day.

The Powerdrive also provides extra storage for mobile devices so it costs a bit more, but you can pick up good portable batteries for not much money at all.

After travelling for a while and buying gadgets wherever I happened to be at the time, my cable situation was a mess. US, UK, and Australian plugs, a dozen USB cables plus an Apple-specific version, dedicated chargers for things like cameras, and all kinds of other junk.

I ended up with a big, tangled bag of electronic accessories, and it was annoyingly difficult to charge everything at once due to needing multiple plug adapters.

In the end, I declared cable bankruptcy and started again. Out went all the power cables with non-US plugs, replacing them with US versions instead. The cheap, crappy USB cables went too. I donated the old iPhone I carried as a spare and the 30-pin cable that went with it, and bought a universal charger for things like camera and phone batteries.

That simple process cost very little, halved the size and weight of my electronics bag, and made charging everything much less painful. Ok, so it’s not technically a single gadget, but consolidating cables has definitely made my travelling life a whole lot easier. I think it counts.

Micro-USB Cables (Plenty of Them)

Speaking of those USB cables, I have just one more than I need of each type, carrying only high-quality versions of different lengths. With micro-USB, for instance, I have one that’s a few inches long for charging my phone from a laptop or a portable battery in my pocket.

It’s less likely to get caught up and broken that way, and it’s not so bulky either. The rest are longer than average, so they can reach comfortably from a power socket halfway up a wall or behind the bed.

It sounds like a small improvement, and it is. Even so, the simple decision to have a spare of every kind of USB cable, and making sure it’s the right length for the job, is something I appreciate every single day. Never more so than last month, when my phone’s charging cable died right as I was about to leave for the airport.

Picking up a travel-sized power strip has made a huge difference. Now, I only need one plug adapter for the power strip, rather than a bunch of them rattling round in my bag for each device.

It’s not perfect, since it really could do with a bit of extra cable length. I try to keep as much weight as possible off the power socket, especially when using plug adapters that are always ill-fitting.

Instead, the power strip just ends up hanging from any power socket that’s more than a few inches off the floor. Still, it’s small, cheap, and otherwise very useful, so I’ll let it slide.

In the same vein, having a multi-USB charger for the last few months has been a godsend. The model I’ve been using has four sockets that can charge phones, tablets, and other USB gear, is light and compact, and comes with clip-on plug attachments for most countries in the world.

It’s such a simple idea, I don’t know why (a) more companies don’t make them and (b) I haven’t picked one up before.

The combined output of the charger is 4.8amps, so I couldn’t charge four tablets off it simultaneously, for instance. Luckily I don’t own four tablets. I’ll often charge my phone, portable battery, and Kindle from it, however, and there’s no problem at all.

Best of all? It costs around thirty dollars. Bargain.

So those are the gadgets and cables that have made the most difference to me, day after day on the road. Other than the phone, buying something similar won’t cost more than about $30. Improving your travels doesn’t need to cost a fortune. Who knew?

Do you have any favourite gadgets or gear hacks that make a big difference when you travel? Bonus points if they don’t cost a fortune!