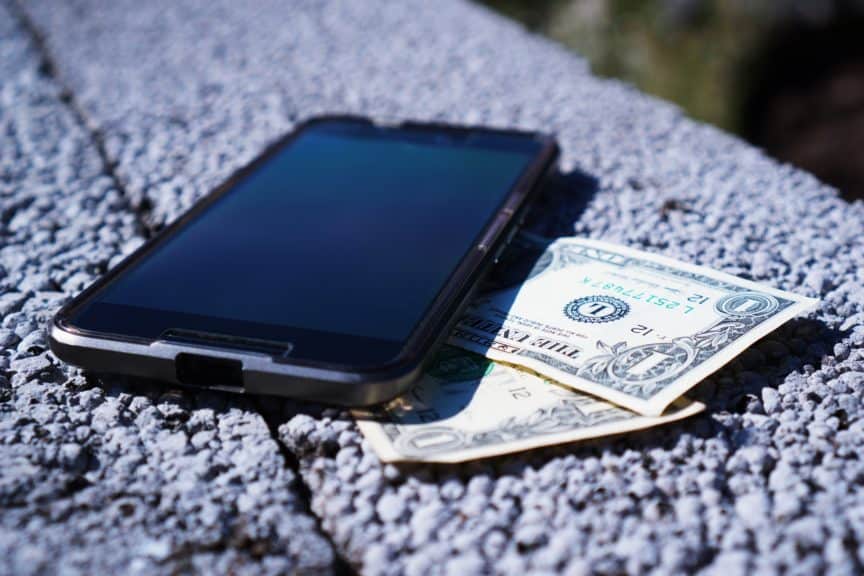 Want to make the most of your technology when you travel, but don’t have a bunch of cash or loads of time to sort it all out? You’re in luck. We’ve put together ten of our best simple, low-cost tips to help you get the most out of your next trip.

Much of this advice won’t cost anything beyond a few minutes of your time, and if you do have to spend some money, nothing will set you back more than $25.

From dealing with a lack of power sockets to improving your Wi-Fi, protecting your cables to finding your hotel room, and plenty more, we’ve got you covered.

One Socket, Many Devices

It seems to be a universal rule of travel that no matter where you stay, you’ll never have enough power sockets. We’re all carrying more gadgets than ever before, and they all need regular charging, yet so many rooms only have one or two outlets.

Usually halfway up a wall, behind a wardrobe, already connected to the television.

Rather than performing gymnastic feats every time you want to top up your devices, just pack some kind of multi-socket adapter instead. Not only does it deal with a lack of power outlets, but if you’re heading overseas, it means you don’t need a plug converter for each device either.

If all of your gear needs a wall socket, grab this GE triple adapter . It does nothing fancy, but is small, light, and very cheap, and because each socket is on a 90-degree angle, you’ll have no problem with large plugs blocking each other.

Note that the wall plugs and sockets are North American-style, and like most power strips, it won’t convert the voltage. If you’re heading to a country that uses 220-240v and your electronics can’t handle that (check the sticker on the charger or device beforehand), you’ll need to spend a bit more on a transformer instead , or just leave those gadgets at home.

Finally, if you only care about charging via USB, we love little 4-port adapters like this. With 22W total output, and clip-on plugs for use in 150+ countries, it’s an easy way of dealing with your charging woes.

Looking for a simple, free way of looking after your home SIM card when you’ve replaced it with a local SIM while traveling? I’ve tried different approaches over the years, from putting it in the coin pouch of my wallet to using a little pastic bag in my daypack, but have now settled on something better.

Since I always keep my phone in a protective case anyway, I’ve simply stuck a couple of small pieces of tape on the inside of the case. I stick my home SIM under one of them (with the metal contacts facing down to avoid sticky residue,) and keep a SIM extraction tool under the other. If you don’t have one, a paperclip works equally well.

The tape stops anything from moving around or falling out, and because it completely covers the SIM and extraction tool, the back of the phone doesn’t get scratched either. I’ve always got a way of swapping SIMs no matter where I am, and unless I lose my phone, my home SIM stays safe and sound until I need it.

Replacing a broken cable while traveling is always annoying, often expensive, and depending on where you are, sometimes impossible.

Rather than wait until the inevitable day your laptop charger or Lightning cable splits and stops working, protect it with a bit of Sugru beforehand. This putty-like substance is handy for many things, but we use it to keep our cables intact for longer.

Simply pick your favorite color (because that’s important), mold it over the delicate point where the cable joins the connector on one or both ends, and wait for it to harden. Do it before your cable starts showing signs of wear, and it’ll last a whole lot longer.

In a pinch, you can use matchsticks and duct tape to do something similar. It doesn’t work as well, but should hopefully keep a frayed cable together long enough to find a replacement.

Traveling with friends and family, or want to connect more than one gadget to the Internet? Isn’t it frustrating when the login code you’re given for the hotel Wi-Fi only works with a single device?

If you’re traveling with a Windows laptop, the easiest way around this limitation is by installing Connectify Hotspot. The free version has a few restrictions, but does enough for most people, while the Pro version usually costs around $20.

For those using a Mac or Chromebook, or not traveling without a laptop at all, there’s another option. This RAVPower travel router lets you turn a wired network connection into a wireless one, and more importantly, share an existing Wi-Fi network with your other devices. It doesn’t cost much, weighs very little, and makes travel life easier. If only more gadgets did the same.

Text and Call for Free or Cheap

Worried about the cost of calls and texts to people back home while you’re traveling? Rightly so: while a few cell companies offer free or cheap roaming in much of the world, most others still love to gouge customers who use their phone overseas.

Rather than paying a fortune to stay in touch by traditional SMS and phone calls, using a few apps achieves the same thing at a fraction of the cost.

Instead of texting, get your friends and family using WhatsApp, Facebook Messenger, or if everyone uses Apple devices, iMessage instead. You’ll get the messages whenever you’re connected to Wi-Fi, or all the time if you’re using a local SIM card with data.

WhatsApp, Messenger, and others also let you make voice and video calls to other people who use the service, but if you want to call traditional phone numbers, use Skype Credit or Google Voice instead.

For a few cents a minute, you can call anywhere in the world over the Internet from your phone, tablet, or laptop. If you use Google’s service, calls to most US and Canadian numbers are entirely free.

If you’re from the US and travel all the time, you can even move your existing number across to Google Voice, and answer calls and texts to that number from anywhere via the app.

Don’t Run Out of Juice on Long Travel Days

Unless you’ve bought a phone with particularly great battery life, a long travel day often ends up being a race to get to your hotel room before the battery goes flat. If you know you’ll be away from a socket all day, though, there are a few things you can do to keep your smartphone alive.

Finding decent Wi-Fi isn’t always easy when you’re travelling. Even when the hotel actually offers it (and it’s working,) you can pretty much guarantee your room will be as far as physically possible from the router, and the signal will be weaker than the coffee at the breakfast buffet.

If you’d prefer not to sit in the lobby or hang out the window all night trying to read your emails, pick up a cheap Wi-Fi booster before your trip. A good one makes all the difference, turning an unusable connection into a solid four or five bars of signal and giving you back both time and sanity.

We covered a range of them here, with good options for both Windows and Mac laptops. If you aren’t traveling with a laptop but still want to boost your Wi-Fi, you’ll need to pay a bit more to get something worthwhile but it still won’t break the bank.

It’s hard to keep all of your electronics safe and protected while traveling, but there’s a simple technique you can use to prevent water damage when you or your bags get soaked.

Just buy a small dry bag, roll it up, and keep it in your handbag or day pack. If it starts to rain, stuff those fragile gadgets into the bag, roll the top a couple of times, and put it back where it came from. Now, no matter how heavy the downpour, you’re not going to arrive back at your hotel with a waterlogged phone or camera.

The bag doesn’t need to be huge, probably just a few liters depending on the size of your gear, and once you’ve got one, you’ll be surprised at just how often you use it.

While free and cheap tools like Google Photos or Backblaze do a good job of backing up your photos in the cloud, they’re no good when the Wi-Fi sucks or doesn’t exist. If you’ve taken a lot of shots and don’t want to risk losing them, that’s a bit of a problem.

For that reason, it’s always worth packing a USB stick. You can pick up a high-speed, brand-name 64GB version for not much money. That’s enough capacity for most people to store a few day’s worth of shots. Plug it and your camera into your laptop, drag your latest photos across from one to the other, and you’re good to go.

If you take photos on an Android phone, check whether it has OTG (on-the-go) support. Many do, and if so, a little cable like this lets you plug your USB stick directly into your phone, and copy your photos straight across. We’ve got more details on backing up photos without a laptop here.

Using your phone to find your way around is far easier than peering at guidebooks and paper maps, and there’s no need to find a local SIM card or pay roaming fees to do it. With a little prep, you don’t even need to take your phone out of flight mode to track down your hotel.

Google Maps, Maps.me, Here WeGo, and several other apps let you download offline maps for a city, region, or entire country. You’ll want to do it when you’ve got decent Wi-Fi since some of the maps can be pretty large, but once you’re set up, you won’t need cell service to help you navigate.

Depending on the app, there can be limitations on the type of directions you can get, and which countries you can download maps for, so try out a few different ones to see which you prefer. We put together instructions on how to do it for Google Maps, along with a dozen other tips for getting more out of the app while traveling.

Got any simple free or cheap tech tips for travelers? Tell us all about them! 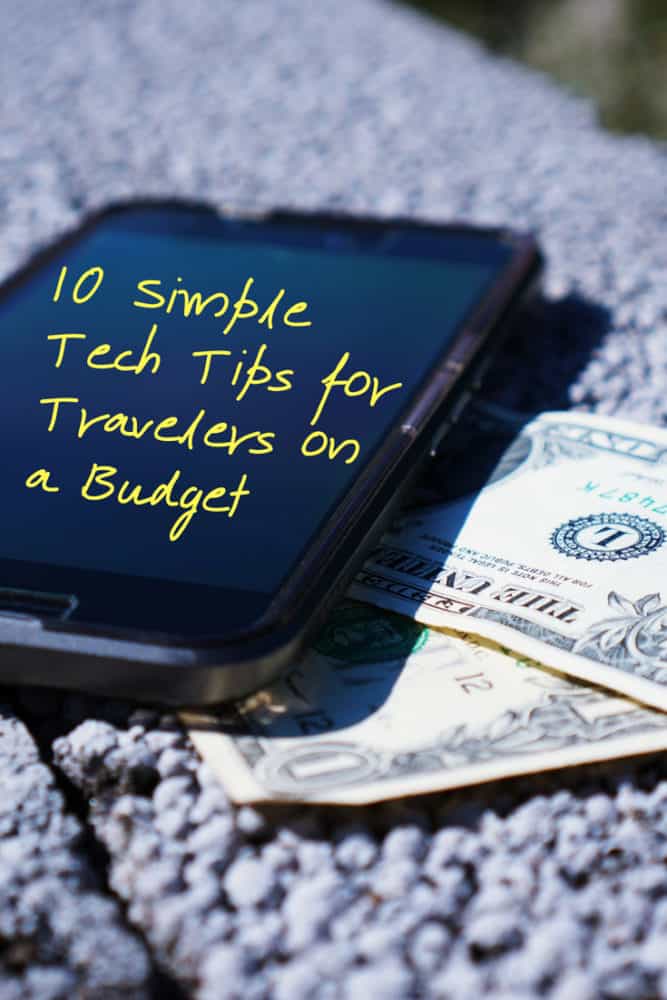