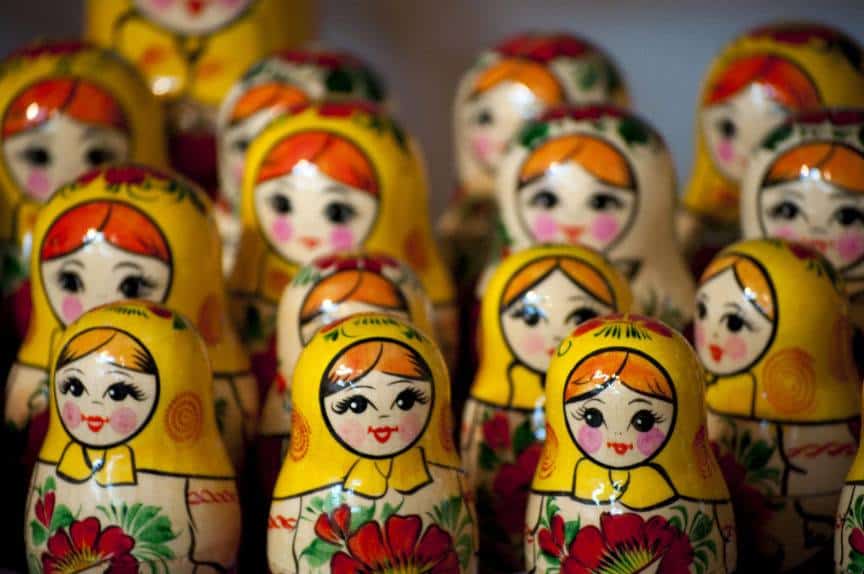 Between the language barrier and the sheer size of the country, travel in Russia can seem daunting. That’s not without reason, since just deciding where to go and how to get around, never mind securing a visa, can be a challenge. Even before setting foot in the country, Russia puts travelers to the test.

Once you’re there, though, the effort will seem worth it. Fascinating history, unique architecture, and hearty cuisine, Russia wins hearts without even trying.

And for the rest, the internet is here to make it all easier (except for the visa: for many of us, there’s no getting around that one). Want to know where to go, how to get there, and what to do once you’re in the largest country on Earth? Look no further than these 13 online tools.

How to Get There & Where to Sleep

Travelata allows you to plan your entire trip on one website. The online travel agency puts all of Russia’s hotels and B&Bs at your fingertips, along with great options for domestic flights and travel packages. It covers over 100 cities in Russia from Vladivostok to Kaliningrad, and includes last-minute deals to domestic and international destinations.

If you need to take things offline, the company has a physical presence in 25+ regions in the country, including Siberia.

If you’re short on time, or are overwhelmed by the planning thing and would rather have someone do everything for you, check out Sletat. This online travel agency portal, and its accompanying app, has been around since 2010. It searches through the offerings from well over 100 travel agencies around Russia, covering an impressive 80% of the country.

Want to experience classic Russia with a tour around Moscow and St. Petersburg? No problem. Prefer to venture into the north of the country to visit the Karelia region? Done. Want to actually escape Russia into Belarus, Finland or beyond? You got it, as Sletat also offers international excursions.

Getting Around Within and Between Cities

Almost every guidebook to Moscow or St. Petersburg will include a metro map, but when you’re trying to find the right station among the 200 that make up the Moscow subway network, you’ll be glad you downloaded the Yandex app as well.

The app has metro maps for both Moscow and St. Petersburg, and helps you navigate them by suggesting the most convenient route and giving you an approximate travel time. Oh, and don’t worry about losing reception once you’re underground: it works offline too.

Just as with every other major city in the world these days, Russia’s metropolises have fallen under the power of almighty Uber, but you don’t have to use it if you don’t want to. Download Gett instead, and you’ll have a network of local taxis at your fingertips.

The app works similarly to Uber, and to other cab apps in the market (think Cabify or EasyTaxi): set the start and destination points, and wait for your ride to pick you up. Gett also acts as a language barrier eraser, since the interface is in English.

Be warned: despite the app allowing payment with a credit card, some users have complained that international cards aren’t accepted, so have your rubles ready.

When you think of traveling in Russia, which images come to mind? A train rolling through the wide, wild countryside is likely among the top three. Maybe it’s the fame of the Tran-Siberian journey, maybe it’s just the romantic notion of 18th-century Russia, but the cliché isn’t far from reality: train travel in Russia is definitely something worth experiencing.

Russian Railways will be your online gateway, and its free app (for iOS and Android) makes the process easy and convenient. Purchase tickets, change tickets, or check if there’s a delay, all while you’re on the move.

Russian may seem daunting, but don’t let that keep you from learning at least a few words of the language before your trip. The Learn Russian app helps you do just that. With over 10,000 flashcards in its arsenal, you’ll be able to pick up useful expressions for a plethora of situations, from business language to pick-up lines.

More importantly, it will get you used to the Cyrillic alphabet and teach you how to read it, which will turn your wanderings in the cities into an interactive language class.

This app, by publisher Random House, will take you one step further, helping put your vocabulary in context. Available for language learners of all levels, its 46 lessons cover everything from essential phrases to popular songs.

The modules follow varied formats, allowing you to choose whichever you feel most like doing. Try your hand at a quiz game? Follow a dialogue by locals? Or just deepen your knowledge of the grammar? Your pick.

iOS, free (but with different courses for purchase)

Getting a Feel for the Country

Heavy in images, Toptriptrip may not be super-rich in information, but it’s a great intro to what to do in every region of the country. Collected by locals, from music lovers to art experts, the app is constantly updated with new info on what to see and do around Russia.

Landmarks, events (complete with calendar and alarms if you want to set them up), tourist routes, and local recommendations, they’re all there. Believe us, the photos alone are enough to make you excited about your trip.

More Lonely Planet than TripAdvisor, Iknow.travel is an online travel magazine and app by Russians, for everybody who speaks Russian (or has a good grip on Google Translate). Here, you’ll find travel narrative and advice pieces, from restaurant recommendations to introductions to a lesser-known city, and much more.

While it’s not dedicated to Russia exclusively (it has a global scope, since it is directed at Russians as much as visitors), the local insight and knowledge of its own country can’t be beaten.

It’s always wise to keep up with current news for any country you plan on visiting, and in the case of somewhere that’s featured in the news as often as Russia, perhaps more so. The popular news website Russia Beyond The Headlines launched an app to do just that, giving you all the pertinent headlines of the day in one easy tap.

The app is curated by Russian editors and offered in English. It includes a variety of news, from arts to social issues to opinion, and of course, current affairs.

If you’re going to more than one city in the country, Russia Travel Guide has your back. Featuring advice and tips for over 50 Russian cities, including Moscow and St. Petersburg, it’s an essential download.

City guides include sections on sightseeing, listing all major landmarks and monuments; on eating out, with recommended restaurants; and on nightlife, with the best bars and pubs to party the night away. The app works offline, too, so there’s no need to hunt for Wi-Fi.

Discover Moscow is your best introduction to the heart of Russia’s beating capital. Get purposely lost in its sprawling alleys, and let this app guide you through the streets, helping you discover the historic significance and architectural stories of the surrounding buildings.

Want to make your visit a “Pokemon Go”-style scavenger hunt? Download sister site Discover Moscow Photo, and learn about Moscow’s history through its most iconic figures.

My St. Petersburg is the mobile equivalent to hiring a guide to take you around the city. This audio guide will take you around St. Petersburg’s most famous locations, from St. Isaac’s Square to the Mikhailovsky Castle, and tell you all about them, with everything from architectural tips to popular stories.

The app is packed with insightful stories about the city, combining hidden gems with popular sights, local legends with art explanations. It works offline, too. Just download your preferred route before leaving your accommodation, and you’re good to go.