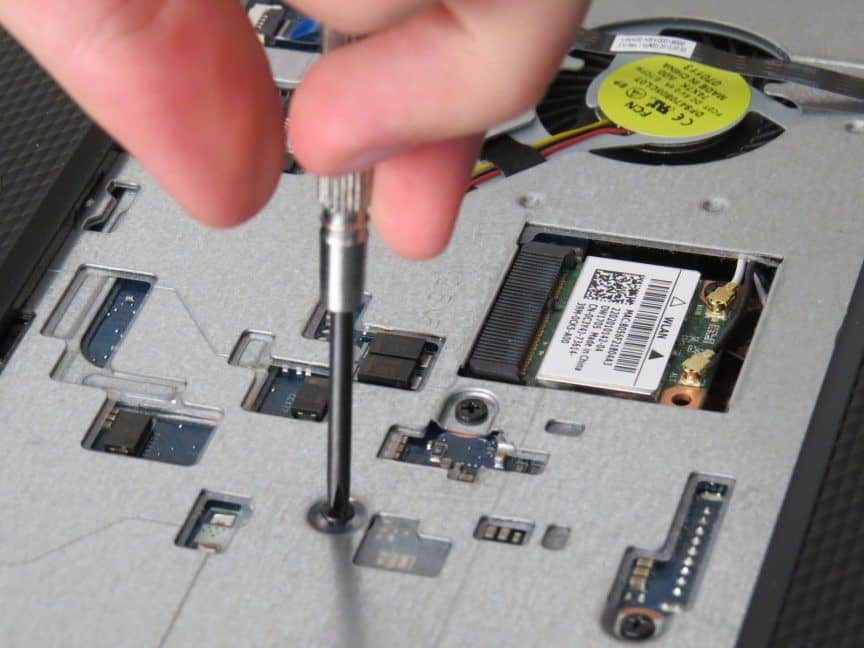 Hunt out a travel packing list on the internet, and you’ll almost always see a first aid kit of some sort included. It’s usually pretty basic, just a few general-purpose items to help keep you patched up and healthy on the road.

Rarely, though, do I ever see a mention of a similar sort of kit for your electronics. While you’re unlikely to be jamming antibiotics into your laptop’s USB socket or covering your iPhone in bandaids, there are still several small items that will help keep your gear in good working order as you wander round the world.

This is what’s in mine.

Charging cables are always one of the first things to get left behind in hotel rooms, or split and break after being stuffed in a daypack once too often.

Given how many gadgets have a USB C socket these days, keeping a spare one around just makes good sense. If you mainly use Apple gear, opt for a Lightning cable instead. Likewise, if you have older devices that still have a micro-USB socket, grab a spare for that as well.

Basically, make sure you’ve got two ways of charging anything important. The cable doesn’t need to be super-long, since it’s for use in emergencies. A foot or two is fine, although you can go a little longer if you’ve got the space.

If your devices need different sorts of plugs, a good multi-plug cable might be an even better option.

While some travelers have a fear of deep water, other drowning fears remain a little closer to land. Dropping your phone in the toilet, a bottle leaking in your backpack, or just getting caught in a rainstorm without protection can quickly lead to a dead phone or tablet.

While the old advice of putting your device in a bag of uncooked rice and leaving it somewhere warm for a while still works in a pinch, you’re probably not going to be carting a few pounds of rice around in your suitcase.

Rather than hoping you can find somewhere to sell you rice in a hurry, pack a small ‘drowning kit’ instead. You can make your own, but it’s probably not worth it — a pack containing desiccant beads and a bag to keep the drowned device in can be picked up inexpensively.

Make sure you buy one that’s sized appropriately for the gear you’re carrying, as you won’t be able to stuff a tablet into a bag meant for a smartphone.

Duct or gaffer tape is useful for all kinds of reasons while traveling.

In recent months I’ve used it to repair a shoe, cover a hole in an apartment heater, and keep bags of food sealed — as well as strengthening and repairing my cables. As I mentioned above, all of my USB cables end up splitting and breaking where they connect to the plugs on either end.

If you’re organised, you can wrap some tape tightly around those sections ahead of time to make them more rigid. If you’re not, you can use it to fix breakages instead.

Pick up a small roll if you can find one, since you don’t need hundreds of yards of the stuff, and try to get thin tape to make it easier to work with. Something like this, an inch or less wide, is what you’re after.

It’s also worth throwing a couple of sachets of Sugru into your luggage as well. This semi-magical substance starts off soft and pliable so you can mould as much or little as you need into all kinds of shapes.

Within an hour it sets into a hard rubber that’s probably stronger than whatever you’ve attached it to. I’ve seen it used for many different things, but cable protection is an obvious choice.

While I’ve absolutely no desire to cart a toolkit around on my travels, I’ve often found myself needing a tiny screwdriver.

Cleaning the dust and dirt from my laptop, tightening the screws on a pair of sunglasses, or draining water out of my smartphone have all needed a specific screwdriver that, invariably, nobody around me happened to have.

As a result, I recently made up a kit containing small Philips, flat, and Torx screwdrivers, plus some plastic sliders to crack open phone cases and the like. I combined pieces from a few different sources, but Amazon has a good all-in-one option that can also deal with those ‘tamper-proof’ Macbook screws.

A word of warning: be careful when buying cheap screwdrivers. They tend to be made from low-quality materials, and will soon strip your screws and/or themselves, leaving yourself in a worse position than when you started.

It’s not just mothers with babies who go everywhere with a packet of wet wipes — they’re super-useful for travelers as well.

I’ve covered my electronics in many different substances over the years, including food, beer, sunscreen, mud, and god knows what else. A quick wipe with one of those damp cloths has sorted the problem out every time.

Basic maintenance like wiping up dust, crumbs, and other bits of organic matter from between laptop keys also goes a long way. That’s especially true in the tropics, where ants just love to roam around inside your gadgets if you give them a reason to.

Just be sure to get a travel pack with a sealable lid of some sort, to stop them from drying out.

I traveled with a pair of Shure noise-isolating earphones for many years, and absolutely loved them — which meant the day I left them on a plane in Thailand made me very sad.

I wasn’t able to find anywhere that sold replacements for several weeks, but fortunately I also had a spare set of cheap earbuds to use in the meantime.

I’d usually worn them while running or working out. They weren’t as comfortable as my usual pair, and the sound quality wasn’t as good either. Compared to listening to loud music and screaming kids on overnight transport, however, they were a godsend.

Even if you don’t drop stuff on them, your phone, tablet, or laptop screens can get seriously disgusting after you’ve been traveling for a while. By the time I replaced it, the screen of my last laptop was more dirt and bug entrails than anything else.

Sweaty or dirty fingers quickly turn phone screens into a greasy mess, and even just static electricity alone is a total dust magnet. The longer you wait to clean them (especially in hot conditions), the harder everything sticks to the screen and the worse things get.

I’ve seen people wiping their screens with all kinds of things, and wince every time — they’re almost always completely inappropriate for the job. It’s very easy to damage the coating by using solvents of any kind, and T-shirts and other clothing will leave scratches if they have even a tiny amount of dirt on them.

Avoid the risk by spending a few bucks on a screen cleaning kit instead. It’ll typically contain a small spray bottle of cleaning fluid and a lint-free cloth, to keep your screens sparkling safely.

So that’s what I keep in my tech first aid kit. What’s in yours?

Main image via Luke Jones, others via product manufacturers