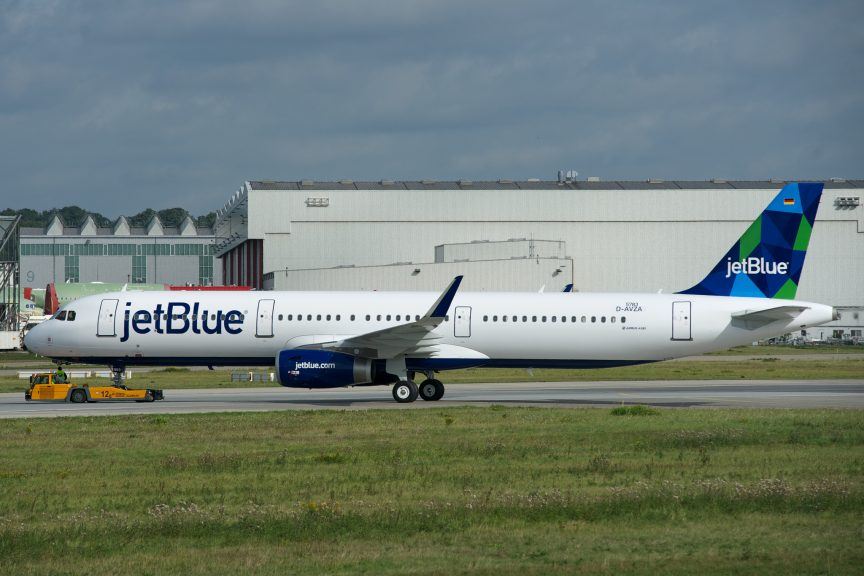 Stream music and movies for free on Jetblue flights, get two weeks of free Wi-Fi when visiting Japan, power your devices just by wearing a backpack and Microsoft finally gets it right with hybrid laptop/tablet devices.

That’s all in the May edition of Travel Tech News!

Getting free inflight Wi-Fi is rare enough. Finding some that not only allows, but actively encourages, streaming video is something else entirely.

US carrier JetBlue has been trialling its Wi-Fi service for a while now, which offered a basic connection to customers for free.

Up until now, if you wanted to download large files or stream video, the airline pointed you towards its paid offering. It had higher speeds, but so it should for nine bucks an hour.

As the system comes out of testing, though, the company has changed its tune. Streaming services like Amazon Prime are now not only allowed on the free connection, but encouraged.

Existing Prime members will be able to stream music and video at no extra cost, while non-customers can buy or rent movies direct from the in-flight entertainment system. Other streaming services won’t be blocked, but Jetblue says it “cannot guarantee the customer experience.” That’s likely code for “we aren’t making money off this, so you’re on your own.”

Either way, it’s unusual enough to have decent streaming video on free Wi-Fi when you’re on the ground, never mind at 30,000 feet. If you happen to take a JetBlue flight any time soon and try the new system out, let us know how it goes!

Speaking of Free Wi-Fi, Here’s Some in Japan

Japan has long been a bit frustrating for connected travellers. Using a foreign phone is difficult due to both technical and regulatory issues, and fast cellular service for locals throughout the country meant that public Wi-Fi was relatively hard to find.

Hotspots are starting to become more common, though, and a couple of apps make the process of finding and connecting to them much easier.

Download the Japan Connected Free Wi-fi and Travel Japan Wi-Fi app to gain access to over 100,000 hotspots across the country for two weeks. The apps will point out nearby networks, and let you log into them without needing to navigate (often Japanese-only) logon screens.

Definitely worth a try if you’re heading to the Land of the Rising Sun.

There have been a few stories about flexible batteries in the media lately. One of the most interesting comes out of the CSIRO research institute in Australia. Researchers there invented such a battery in 2007, and they’re now testing a version built into a backpack.

The system harvests energy from the wearer’s movements, and stores it in a flexible battery. From there, power gets provided to devices via wireless charging and standard cables.

As usual with research projects like this, there are still hurdles to overcome before it’s ready for prime time. In this case, battery life is the main sticking point. Although not specified in the blog post, it sounds like power output is also limited — suggested uses include GPS and flashlights, rather than tablets and smartphones.

Still, it’s a great starting point, and as we all know, these things tend to improve quickly. A backpack that can keep my gear continually charged sounds pretty damn great to me.

Hybrid laptop/tablet devices have been around for a while, and they’ve all seemed to fall into one of two categories for travellers. To get something fast enough to do real work on, yet light enough to justify carrying, you’d pay well over $1000.

Cheap and cheerful versions started at under half that amount, but tended to have poor performance, storage and build quality. They were also relatively heavy.

Microsoft has taken a long time to get its hybrid range right, but the newly-released Surface 3 seems to have finally hit the sweet spot. For around $730 on Amazon, you can pick up the better version (4GB RAM, 128GB storage) and integrated case/keyboard.

Its speed still won’t set the world on fire, but if you’re after something fine for web browsing, basic photo editing and working on documents, it’ll easily meet your needs. It’s a very good 10″ tablet, and adequate laptop, in a lightweight, attractive device that doesn’t cost a fortune.

If you’re in the US and were one of the unfortunate few to buy an earlier model Surface RT or Surface 2, Microsoft is even offering a $150 trade-in to sweeten the upgrade.