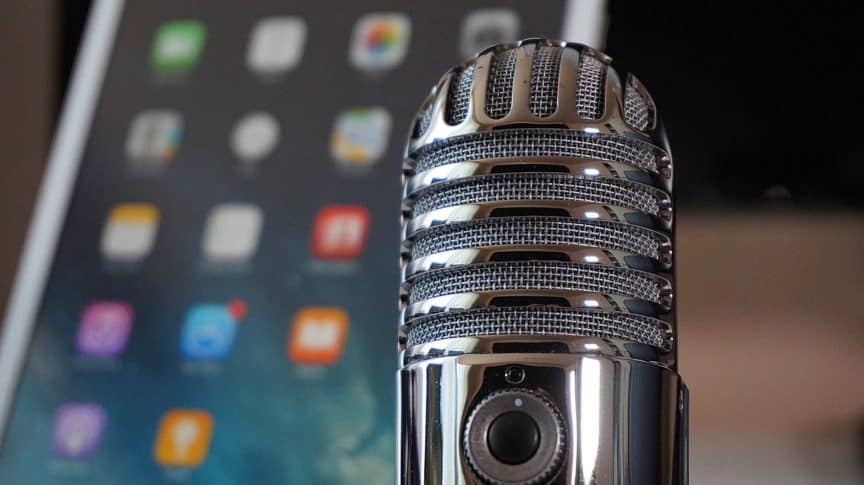 If you’ve recently found yourself having a lot of meetings, social gatherings, or job interviews online, you may have noticed the sound quality from other people on the call isn’t great. Don’t worry, they’re probably thinking the same thing about you.

That’s because the inbuilt microphones on most laptops, tablets, and phones tend to be quite low-quality, and not good at separating your voice from background noise. This makes it harder for other people to hear what you’re saying, resulting in confusing conversations and poor-quality recordings.

Repeating yourself and asking others to do the same is tiring and frustrating, but there are solutions. A good external USB or Bluetooth microphone will improve voice quality and reduce echo and background noise, making for better work calls, video chats, and podcast audio.

USB and Bluetooth microphones are available in a range of prices and capabilities, so we’ve pulled together our favorites based on quality, cost, features, and portability. While spending more money usually means higher quality and extra features, there are still some budget models worth buying.

What to Consider When Choosing a USB or Bluetooth Microphone

There are four ways microphones capture sound, also known as their pickup pattern.

Cardioid mics are designed to capture sound in front of the microphone and ignore anything coming in from elsewhere. This type of mic is ideal for use while you’re live-streaming a video game, for example, or when you’re recording somewhere with a lot of background noise.

Bidirectional mics capture the sound in front of and behind the microphone, but not from the sides. This sort of microphone is perfect for conducting a one-on-one interview.

Omnidirectional mics pick up sound in a 360° pattern, meaning they capture sound around the mic equally in every direction. If you’re on a conference call with several people in the same room, an omnidirectional mic will make sure everyone is heard.

Stereo mics have two in-built microphones and pick up sound in the same way our own ears do (from the left and right). This gives sound more complexity, making it the best option for recording music.

Higher-end mics often have multiple pickup patterns so you can choose how you’d like to capture sound. Other mics are explicitly designed for one purpose. Think about how you will use your mic before you buy, to ensure it will suit your audio needs.

Does It Have a Mute Button?

If you’re using your mic on conference calls, quick-access mute and volume controls are very useful. When your dog starts to bark or baby starts crying in the middle of a Zoom meeting, you’ll want to mute yourself as quickly as possible.

Look for a mic with dedicated controls so you can easily adjust the volume or mute your mic when the need arises. It’s much faster than scrambling for the volume control on your laptop or phone.

Is It Compatible With Your Devices?

What devices do you plan on using your mic with? Many professional-grade microphones use a circular XLR connector, but these won’t plug directly into your phone or laptop.

You’ll likely need an adapter if you choose a mic that isn’t USB or Bluetooth-compatible, and as you might have guessed, we’re really not fans of having too many adapters. As a result, all the mics we’ve suggested below use either USB or Bluetooth.

There are microphones built specifically for smartphones, or you can choose a Bluetooth version. Wireless microphones like these rarely have the same sound quality as corded versions, but you can pair them with any Bluetooth-compatible device without worrying whether you have the right cable.

There’s a zero-latency headphone jack for monitoring your audio, and you can even pick your favorite color and shade from the half-dozen combinations available.

You can easily adjust the Blue Yeti mic to your desired angle simply by pivoting it on the inbuilt stand. It’s super-sensitive, with clean, crisp, professional-sounding audio whether you’re recording voice or vocals.

That sensitivity does make it prone to picking up vibrations, however, so you may end up also investing in a shock mount or boom arm depending on your recording environment. Produced for over a decade and with millions of satisfied customers, this is a top-quality USB microphone that’s easy to recommend.

Looking for a lower-cost option? Fifine’s USB Microphone is anywhere from half to a quarter of the price of most top mic brands, yet still does a good job in many situations. If you’re just after the basics and don’t need any high-end features, this budget option will definitely do the trick.

It has a cardioid pickup pattern, designed to pull in sound only from in front of the microphone. This makes it better for recording yourself in noisy environments, and in other single-person recording situations where all of the sound you care about is coming from one direction.

The mic has a metal exterior and integrated USB cable, and there’s a small tripod stand in the box to hold and adjust the angle of the mic. You can also use it with a boom arm, or any other tripod or mount with a 5/8″ screw.

Audio quality is impressive for the price, making this the ideal option if you’re on a budget or don’t want to break the bank paying for a microphone. It’s also a good way of seeing if an external mic is for you before investing in a more expensive model.

The Samson Go Mic is a portable USB condenser microphone designed for recording on-the-go. This fold-up mic has dual pickup patterns (cardioid and omnidirectional) and a built-in headphone amplifier and socket, yet remains small enough to fit in your pocket or day bag.

Weighing just 3.5 ounces and coming with a soft pouch to protect from knocks and scrapes, it’s ideal for anyone who likes to travel light but needs better recorded audio than they’ll get from a phone or laptop by itself.

It’s also very reasonably priced, so like our budget pick above, it’s a good option if you’re looking to test out a low-cost microphone before making a larger investment.

RØDE is renowned for producing high-quality podcasting microphones, and this USB model is no exception. The RØDE NT-USB Mini cardiod mic has extra features like an internal pop filter to minimize plosives (words that start with a t, k, or p sound), which helps you sound more professional in podcasts, interviews, and Zoom calls.

It’s a compact, high-quality option designed for recording directly to a computer or tablet via the USB-C output. The desk stand has a magnetic base, helping it stay firmly attached to metal surfaces. You’ll get the best sound with the microphone positioned roughly 4-6″ from your mouth.

You can also remove the mic from the desk stand entirely, and mount it on a studio arm or different type of stand as needed. RØDE sells high-quality versions of both, but the microphone uses a standard 3/8″ screw if you want to use mounts from a different manufacturer.

There’s an inbuilt studio-grade headphone amplifier, and a volume control dial on the front for easy access. The headphone output can be switched between zero-latency and standard audio mode just by pressing the dial.

The Shure MV88 Portable iOS Microphone connects directly to any iOS device with a Lightning port. Unlike with USB microphones, an adapter isn’t needed for use with an iPhone so there’s one less thing to carry or lose when recording audio on the go.

A small carrying case is included that protects the mic in transit, so you’ll have few concerns about tossing it into a backpack, purse, or suitcase. The microphone portion rotates 90 degrees so you can aim it wherever you need, and there’s a detachable foam screen for reducing wind noise while recording outside.

Shure has a well-deserved reputation for quality when it comes to microphones and other audio equipment, and it shows here. Combined with the all-metal construction, impressive stereo sound capture, and two-year warranty, the MV88 is an obvious pick for iPhone owners.

A Bluetooth microphone reduces the need for cables, which is very helpful when you’re planning to attach it to your clothing or want to use it with a bunch of devices that all have different inputs. That convenience is a trade-off for the sound quality and reliability of a corded microphone, but in many situations, that’s a trade-off worth making.

The Instamic Pro is a small, sturdy Bluetooth microphone that does a lot for its size. You can stream directly to Android and iOS devices using the Bluetooth connection, or save recordings to the 8GB of internal storage and offload them to a phone, tablet, or computer afterward.

It ships with three different mounts (velco, tape, and magnetic) that can be easily attached to a variety of materials and surfaces. Attaching and removing the microphone to/from the mounts only takes a few seconds, and there’s a lanyard hole as well if you’d rather hang it round your neck.

The microphone is an inch wide and 1.5 inches long, and weighs just 0.6oz. Available in mono and stereo versions, it’s IP67-rated to easily deal with dust, splashes, and bad weather. Battery life is reasonable at around three hours, and the microphone takes about an hour to fully charge via the micro-USB port.

There’s a single button on the microphone that controls power and recording, along with three LEDs that show basic input levels. There’s also an accompanying iOS and Android app for remote control and monitoring.

If you’re planning to use it to record video, note that software limitations mean that the microphone doesn’t work with the default camera/video apps on either iOS or Android. Alternatives like Filmic Pro and MoviePro work fine, however, as does Facebook and Instagram Live.

If you’re on a lot of conference calls and looking for a good cordless, hands-free speakerphone, check out the Anker PowerConf Bluetooth Speakerphone. Even though it’s designed for meetings with multiple people in the room, it’s an affordable and reliable personal mic and speaker combo as well.

It has six microphones spread around the perimeter, letting it detect and focus on sound from any direction. The Powerconf has background noise reduction and balances sound levels to account for differences in volume and distance between each person speaking.

The Anker speakerphone has quick-touch controls to answer calls, mute, or manage volume as needed. It has up to 24 hours of battery life, and you can also use it as a standard Bluetooth speaker or a portable battery to charge up your phone and other USB devices.

While the PowerConf is marketed and commonly used as a Bluetooth speakerphone, you can also connect it to a laptop or other device via a USB-C cable. There’s one in the box, along with a protective case.