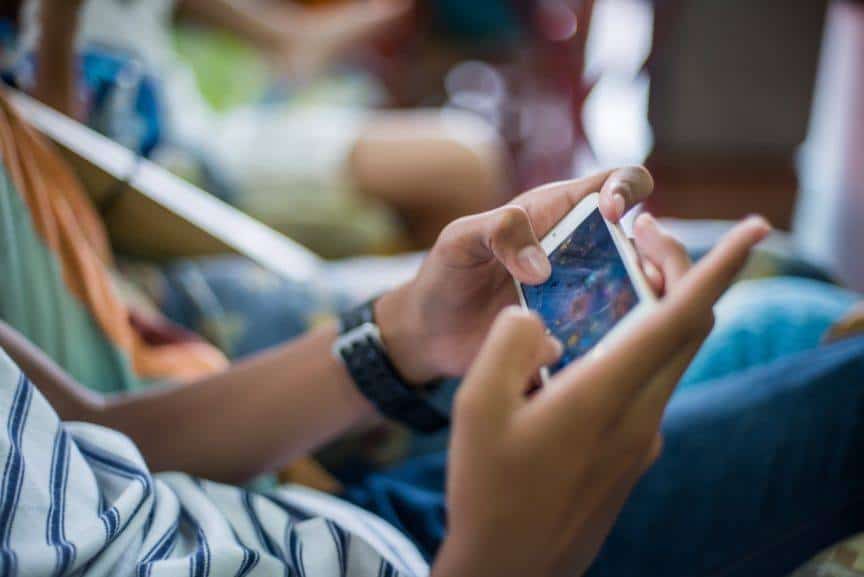 Most of us walk around with powerful gaming machines in our pockets, and mobile games have never looked or performed better than they do right now. The hardest part these days is deciding what to play.

This guide explores some of the best paid iOS games at the moment, with our top picks based on a combination of gameplay, graphics, customer ratings, replay value, and more. This article looks specifically at paid games: if you’re looking for free iOS games, we have recommendations for those as well!

There are thousands of free iOS games out there, so why pay for one? The main reason is that most “free” games aren’t truly free. They’re either ad-supported (annoying!) or filled with microtransactions that are even more annoying and change the game dynamics as well.

By purchasing paid games, you can support the developer and enjoy complete, well-designed games without being forced to shell out for in-app purchases or constantly annoyed by advertisements. These are the best paid iPhone and iPad games of 2022.

Crashlands is a self-described “outlandish, story-driven crafting RPG overflowing with sass.” I’m not sure I could really put it any better than that!

Originally released in 2016 but updated frequently, Crashlands puts you in the shoes of Flux Dabes, a galactic trucker stranded on an alien planet. As Dabes you’ll gather resources, craft items, and navigate harsh terrain, all while fighting off bizarre foes.

The core of Crashlands is crafting, and you’re able to unlock over 500 craftable items in this surprisingly expansive world. The game also solves a major problem that many mobile RPG games have: inventory management.

Instead of forcing you to endlessly scroll through a clunky interface to select the item you want, Crashlands uses a self-managing inventory system that automatically displays the things you’re most likely to need at any given moment.

Crashlands is $6.99 on the App Store. There are no in-app purchases, so this unlocks the full game content.

Dead Cells is a brutal action platformer that originally launched on PS4, Xbox One, and Nintendo Switch back in 2018. It has since been ported to iOS, where the game maintained many of the elements that made it a modern indie classic. The port also has MFi external controller support, so console gamers will feel right at home.

In Dead Cells, players must navigate through a massive castle, battling minions and bosses alike to escape. The frantic 2D combat features dozens of weapons and skills, and increasingly challenging enemies. There are no checkpoints or saved games: it’s kill or be killed, and once you die, you start over from the beginning.

Dead Cells costs $8.99 on the App Store and includes the full game. There is one in-app purchase available for $3.99, which adds The Bad Seed expansion pack. The DLC includes new monsters, weapons, and bosses, but certainly isn’t necessary to enjoy the OG game.

Rush Rally 3 is the latest edition of the popular franchise, which seeks to bring console-quality rally racing to mobile devices. With stunning 60fps graphics, over 70 tracks and stages, and dozens of vehicles to race, it largely succeeds in its aim.

There’s a standard career/campaign mode that lets users learn the game and earn money for new cars, as well as competitive multiplayer modes and weekly live events where you race against players around the globe.

This is a realistic racing game, which means that it can feel challenging for new players, but also that it’s a very satisfying game to master. The controls are intuitive and make use of both touch and tilt mechanics. There’s also support for external MFi controllers.

Rush Rally 3 costs $4.99 in the App Store. There are various in-app purchases as well, including track packs, new vehicles, and live events. None of that is required to enjoy the game, though; there’s plenty of fun to be had in the base version.

Euclidian Skies is an unusual game that combines mind-bending puzzles with platformer-style boss battles. Players must navigate mysterious castle walls while outmaneuvering enemies, the unique game mechanics letting you twist and turn the architecture to solve puzzles and reach the end of each section.

The game has 40 hand-crafted levels that each provide a different experience, along with a new Endless mode that has infinite auto-generating levels. Euclidian Skies even supports augmented reality (AR), allowing you to navigate those castle walls set against the backdrop of your own living room.

Euclidian Skies costs $4.99 on the App Store, with no in-app purchases. Note that the game is designed for iPad, but also works on iPhones.

Steredenn: Binary Stars is a critically acclaimed arcade-style shoot-em-up game with intense gameplay. Players pilot one of four ships through a hostile galaxy, fighting off minions and bosses at every turn. With more than 40 weapons and 30 upgrades, there’s a mighty arsenal to employ in your fight.

This is an intense, fast-paced game that will keep you coming back for more. The pixel-art style graphics are simple yet oddly nostalgic, and an intuitive control scheme makes it easy to pick up and play.

Steredenn costs $3.99 on the App Store, and there are no in-app purchases. Again, the game is designed for iPad, but also works on iPhones.

supertype is what happens when a word game meets a physics game. Players must learn the hard way how acrobatic letters behave in this odd world. How much does an “R” weigh, anyways? Only time (and a few playthroughs of supertype) will tell.

Much of the magic of this game is in the initial discovery of how it all works. We won’t reveal too much here, except to say that if you’re tired of cookie-cutter word games, give supertype a try. With over 130 levels, you might be there for a while!

supertype costs $1.99 on the App Store. There are no in-app purchases.

Ordia is a simple, one-finger platformer with trippy graphics and surprisingly addictive gameplay. In it, players control a new lifeform taking its very first steps in a bizarre and treacherous world. You must jump, bounce, stick, and slide your way through increasingly complex levels, avoiding hazards along the way.

Ordia has 30 levels to complete, along with a handful of bonus levels to unlock. There are also challenge modes for each level, ensuring that all told, Ordia has many hours of gameplay to enjoy.

Ordia costs $3.99 from the App Store, with no in-app purchases.

Edge takes place in a complex geometric universe that challenges both your wits and your reaction time. Players must push a cube through complex levels, overcoming obstacles, platforms, and enigmas along the way.

The game has simple mechanics, but that doesn’t stop it from being thoroughly enjoyable and more than a little addictive.) With 48 core levels, plus 17 bonus levels to unlock, there’s no shortage of gameplay. If you find things are getting a bit easy, there’s also a Turbo Mode that pushes your reaction speed to the limits.

Edge costs $2.99 on the App Store, with no in-app purchases. Edge is designed for iPad, but also works on iPhones.

Plague, Inc is a game that feels just a little bit too real right now. In it, players are tasked with developing the perfect pathogen to infect the world and bring an end to mankind. From “Patient Zero” to to unfortunate individuals in all corners of the world, the goal is to create a disease that will spread through the globe like wildfire.

With Covid-19 in mind, is it too soon to admit that we enjoy this game? We’ll let each player be their own judge of that, but the numbers show for themselves: Plague, Inc is one of the most popular iPhone games of all time.

Plague, Inc costs $0.99 in the App Store. There are various in-app purchases, including virus expansion packs and more. The base version is enjoyable, but you will likely eventually want some of the expansions to enhance your experience.

Perhaps unsurprisingly, the latest update to the game lets you switch roles, racing against time to contain a pandemic and find a cure before the entire world gets infected. It’s free “until the current situation is under control”, whenever that may be.

Feeling nostalgic for the “Where’s Waldo?” days? You might want to give Hidden Folks a try. This simple game tasks players with finding specific characters hidden in intricate, hand-drawn landscapes.

Unlike Where’s Waldo, Hidden Folks is far from a static affair. The game has more than 500 unique interactions programmed in, and over 2,000 unique sound effects. Don’t worry, you won’t just be searching for one guy in a striped shirt: there are more than 300 targets to find!

Hidden Folks costs $1.99 in the App Store. There are no in-app purchases.

Got any favorite paid iOS games of your own? Give them a shoutout in the comments!

Main image via Chaikom/Shutterstock.com, other images via respective game developers 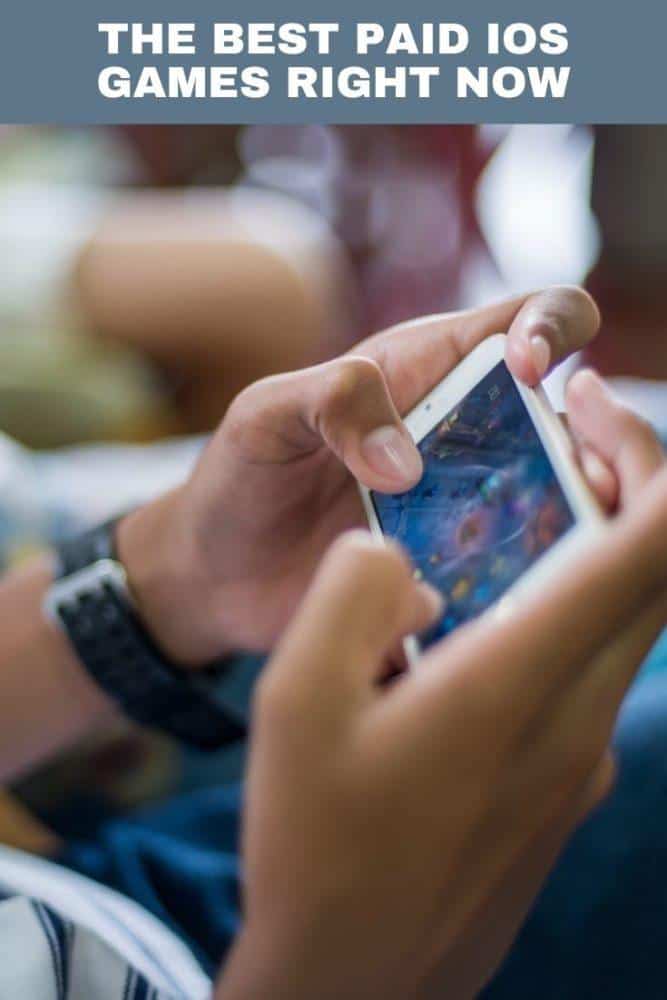