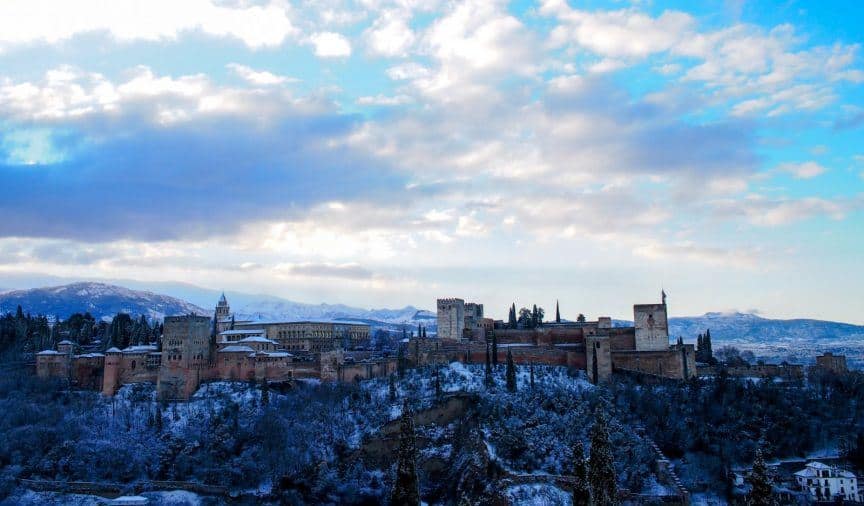 Lying on the beaches of the Costa Brava, enjoying free tapas in a Granadian bar, exploring the art museums of Madrid or the boulevards of Barcelona — Spain is a large, varied and fascinating country, much loved by overseas visitors.

If you’re planning on staying connected during your time there (and can drag yourself away from the ocean, mountains, and vino tinto for long enough) the good news is it’s cheap and reasonably easy to get set up with one of the local cell companies.

Here’s what travelers need to know when choosing and buying a prepaid SIM card in Spain.

Got travel insurance for your Spain trip yet? A good policy can cover you for all kinds of sticky situations, from medical emergencies to canceled flights, theft, lost luggage, and more. We've been using World Nomads for over a decade.

With four cellular providers, plus several resellers, Spain has plenty of prepaid SIM options. Movistar has the best coverage throughout the country, but Vodafone and Orange aren’t far behind.

There aren’t huge differences in prices and bundles between the main providers, but there is some variation. Movistar is typically a little more expensive, while Vodafone and Orange often have good data promotions.

Of the resellers, Lycamobile and SimYo typically have somewhat cheaper pricing than the “big four,” but you’ll usually have a look a little harder to find a store that’s selling their SIM cards. You’ll also likely be on your own when it comes to activation and troubleshooting, so it’s your call as to whether that’s worth saving a few euros.

No matter which company you choose, though, 10-15 euros per month should get you plenty of calls, texts, and data.

How to Buy a Prepaid SIM Card in Spain

I’ve now bought Spanish SIM cards from most of the major providers, in different parts of the country.

On my first visit, I bought a Vodafone SIM from the official store in downtown Granada on the second attempt, after being politely advised the first time they were about to close for siesta. Ahh, Spain.

There was a queuing system of some sort at work, complete with machine spitting out tickets. Nobody else seemed to be paying attention to it, so I didn’t either.

I was fortunate to have a friend with me who spoke Spanish, but suspect I would have got by even with my very limited language skills. The staff member showed me a brochure with the various plans on offer, and I picked one. After handing over my passport, it was all set up within five minutes.

I’ve also purchased an Orange SIM from one of the smaller official stores in Madrid, and a Movistar SIM in Tui shortly after crossing over the border from Portugal.

In both of those cases, the process was equally quick. It took 5-10 minutes to work out which package I needed, then configure the new SIM. That included extra time for me to horribly mangle the Spanish language and generally confuse the process.

By law, Spanish SIM cards need to be registered. You won’t be able to buy one without a passport or national ID card.

Prefer to spend your vacation sightseeing instead of buying SIM cards? Grab one in advance to stay connected in Spain and across Europe.

Other options are available if you're traveling for longer, need a portable hotspot, or want a different mix of calls, texts, and data. You can also get eSIMs for supported devices. No matter how you do it, you'll be connected with a minimum of fuss before you've left the airport.

Vodafone has a range of prepaid packages available, and while it doesn’t seem to be selling its popular Tourist SIM at the moment, you’ll get similar value from the standard packs anyway.

At time of writing, 10€ buys you 300 minutes of national and selected international calls, with 12GB of data that’s currently doubled in a “summer promotion” that seems to be continuing well past the end of the summer.

If you need more, 15€ pushes the data up to 20GB (x2) with 800 minutes of calls, while 20€ provides 35GB (x2) and unlimited calls. For those staying in Spain more than a month, unused data and calls will roll over to the next month when you renew.

The SIM cards are free, but depending on where you buy the SIM, you may be charged for activation on top of the above pricing. If it’s more than a few euros, find a different store!

If you go with Orange, SIM cards are free as long as you top up with a reasonable amount (usually 10 euros, sometimes a little more) at the time of purchase. Assuming you do so, you can then spend that credit on an appropriate package.

9.95€ gets you 25GB of data and unlimited domestic calls, and it’s 14.95€ for 50GB or 19.95€ for 65GB. Other Orange packages are also available, including some aimed specifically at tourists with unlimited data and some international calling minutes.

There are several ways to top up, but you may find the easiest option is just to do it in-store when you see an Orange or Vodafone logo.

With Vodafone, other options include calling 22132, at ATM’s, online, or via the ‘Vodafone yu’ app. You may struggle to use any of them without having a debit or credit card issued in Spain, however.

It is possible to top up an Orange SIM using a foreign card, and you can do so directly from the website. My bank decided to block the transaction the first time I tried, mind you, but once we got that sorted out, the top-up went through fine.

As long as there’s enough credit loaded on your Orange SIM, your call/data/text package will automatically renew. If you want to renew ahead of time, send a text to 1470 to do so after topping up. The words you need to text are based on the package you’re renewing, and can be found here.

Coverage and speeds with both Vodafone and Orange were generally very good. In major cities and towns, you should expect reliable service and fast LTE data speeds with either company.

I walked various Camino de Santiago routes for two months across much of northern Spain with an Orange SIM in my phone, and there was exactly one time when I wasn’t able to get service. Even in rural areas and tiny villages, there was some sort of coverage available. 4G/LTE service was common, especially anywhere near a town or city.

Using a Vodafone SIM in Andalusia yielded similar results. In and around Granada, I rarely dropped below a full-strength signal anywhere outdoors, with 3G or 4G/LTE data everywhere I went. It was faster and more reliable than the cable internet at my apartment, and I ended up using it for Skype and online conference calls quite regularly.

Even when hiking for a week between Granada and Cordoba, signal and data speeds remained solid almost everywhere. I also had very few coverage problems on buses or trains anywhere in the country with either Vodafone or Orange.

Spain is part of the European Union, so EU roaming regulations apply. These “roam like at home” rules ended roaming charges across much of Europe in 2017, letting you use a SIM card from any EU country across all the others at no extra charge. 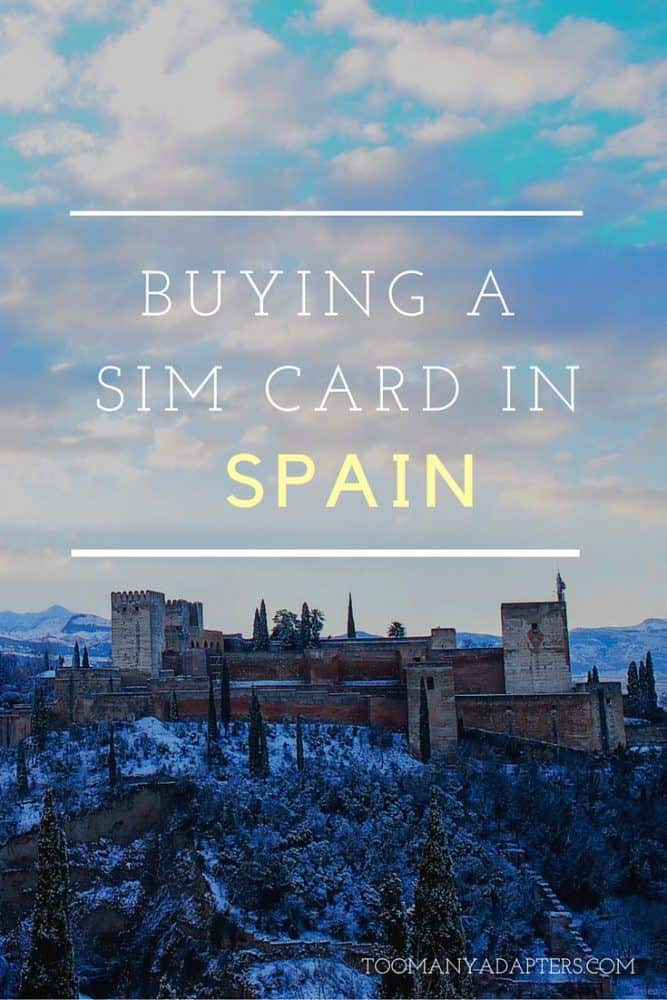