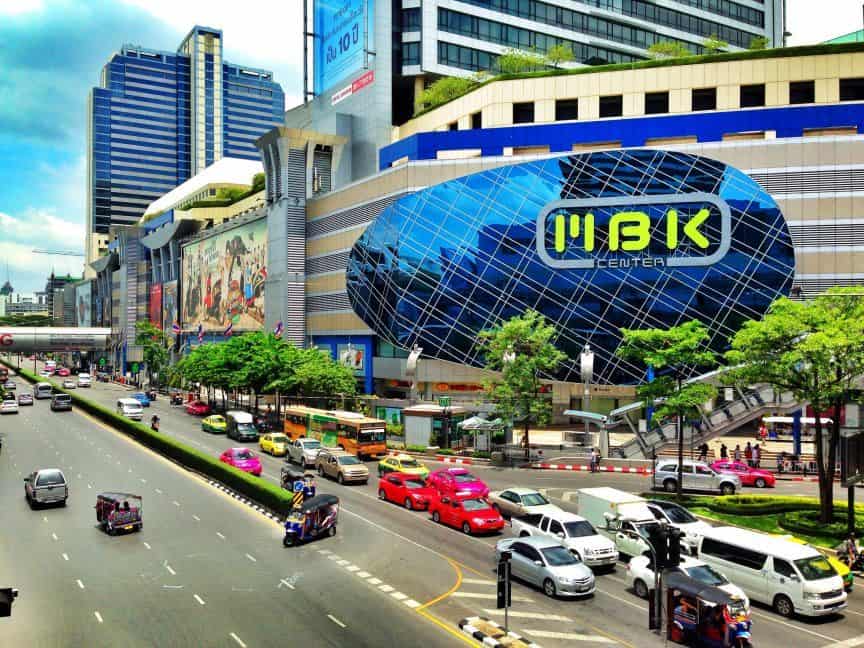 There are many reasons you may want (or need) to buy electronics overseas. Maybe your camera died on an ocean dive, maybe someone stole your smartphone, or maybe the baggage handlers crushed your laptop in transit.

Or maybe you just need an excuse to buy something new and awesome. Whatever the reason, here’s the scoop on the pros and cons of buying a new gadget in another country.

Why You Want to Buy Electronics Overseas

Ever see an ad online about a super-cool phone that your cell provider at home doesn’t sell?  If not, do you like paying less money for stuff?  Thought so.

You can get yourself a triple-whammy of savings buying abroad.

Save on Taxes You’d Have to Pay at Home

If your country or state likes to pile on the taxes, buying your gadget overseas may save you some coin. It’s not hard to save 20% or more just for this reason alone.

Get a Refund on Local Taxes as You Leave the Country

You can often claim the local sales taxes back at the airport just before you fly out of a country or region. Keep in mind you may have to fill out some forms and jump through some hoops, and there’s often a long line of people waiting to do the same. Follow the steps carefully to collect your refund as you leave.

It makes sense that stuff just costs more in a place like little New Zealand (far away islands) than the consumer spending superpower of the world (USA).  In some countries, the expected profit margins are less as well, so fat deals can often be had in Southeast Asian countries such as Malaysia and South Korea.

Even for companies like Apple that are based in the US, it can still be cheaper to buy their products overseas when you factor in local tax rates. That’s especially true if you can get that tax back when you leave the country.

We did a deep dive into the cheapest countries to buy Apple gear around the world, and found that on more-expensive items like Macbooks and iPhones, you can save hundreds by buying them in places like Australia or Japan as you’re passing through.

Electronics are typically cheapest in Japan, Malaysia, & the USA, and often most expensive in the UK and continental Europe.

Get Things Before They’re Released at Home

Companies like Samsung and Huawei often release their products first, or only, in their home markets. Many models of Samsung phones and tablets are available in South Korea and other Asian countries long before they make it to the US or Europe. The majority of Huawei’s and Xiaomi’s gear never gets to the United States at all.

Models are often different between countries as well. Smartphones sold in the United States usually only come with a single SIM card slot, for instance, due to pressure from local cell companies. Elsewhere in the world, the same model of phone will often be dual-SIM.

One thing’s for sure though: Apple always launches in the USA before or on the same day as the rest of the world.

If you like the bleeding-edge of tech, you might be able to get the coolest new gadget to take home before it’s even released there.

What You Should Consider Before Buying

It’s not all sunshine and lollipops buying new electronics overseas, however.

While some product lines and manufacturers have embraced international warranties, it’s not all traveler-friendly.

Laptops are the best of the bunch, with many major manufacturers offering an international warranty of some kind. Typically you just need to call their 1-800 number and they’ll direct you where you go.

Cameras are tricky. Companies like Nikon have separate divisions in each country, making warranty a tricky issue. A Nikon DSLR lens comes with a 5-year local warranty, but only a 1-year international warranty. Similarly, the body has a two-year warranty, and one year internationally.

Canon makes it murkier still, with warranties valid in both the USA & Canada (if purchased there), but not outside.

Mobile phone warranties are horrible for travelers. To stop people from importing phones from other countries, and to simplify the warranty procedures of the massive number of models out there, phone warranties are typically only valid in the country or region they were purchased.

Check the warranty before you buy.

Remember all that money you saved by not paying the VAT in the country you bought from? When you head home, your country may want that money and more.

While it varies from country to country, when you pass through customs at home, you may be importing your new gadget into the country. Check your country’s limits (often it’s the total value of what you’re bringing in), as the customs officials may demand to see a receipt, and charge the tax you would have paid if you bought it at home.

Some products might also be charged an additional duty for importing. Check your government’s customs website before you head back to see what is allowed.

Do your research. If you don’t, you may end up paying out more than you saved.

Just like foreign food that looks the same as what you’re used to at home but tastes a little different, your new toy can have a few quirks versus the local version.

Are you buying a knockoff? Chances are you aren’t, but if the price is suspiciously low, be wary.

Ask to open the box so you know exactly what you’re getting before you whip out your credit card.

If you’re buying electronics overseas, do the math and a little research beforehand. Get it right, and you could find yourself with both a new gadget and a little extra money in your pocket as well.