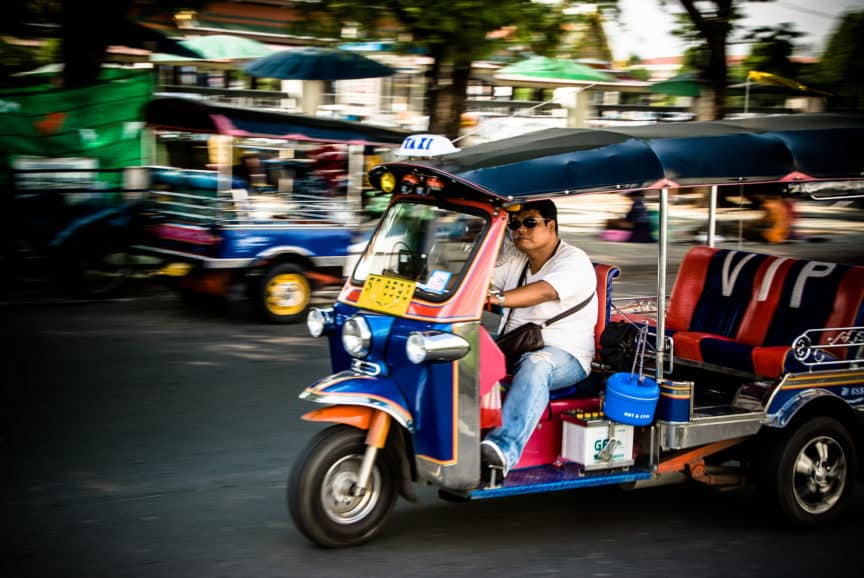 Uber has been having a rough few years. From turmoil at its corporate headquarters to hiding a massive data breach and serious questions about the way it treats its drivers, the ride-sharing app has been through some tough times to say the least.

If this wasn’t enough, many cities around the world have prevented the service from starting up (and even, in the case of London, revoked its license.) It’s fair to say that in 2020, the company is rapidly dropping in popularity with regulators and customers alike.

So whether you’re deleting Uber as a matter of principle, or find yourself in a city (or even country) where it’s not available, here are eight Uber alternatives to try out around the world.

Traffic in India is the stuff of legend. Whether it exhilarates you or scars you for life, sitting in the back of a car flying through the streets of Delhi or Mumbai will likely be one of the most memorable experiences of your trip.

Uber is present in India, but for a more local touch, give OLA a try: its fleet is larger (especially when combined with its subsidiary Taxi For Sure), covers more ground and is often cheaper as well. You’ll also find Ola in cities in the UK, Australia, and New Zealand.

Brazil-born EasyTaxi rapidly became one of the most popular cab-hailing apps in Latin America, and even though it merged with Cabify in 2017, it still retains a brand presence in several markets around the world.

The service is available in selected cities in Argentina, Brazil, Chile, Colombia, Dominican Republic, Ecuador, Mexico, Panama, Peru, Portugal, Spain, and Uruguay. EasyTaxi lets you ride with licensed cab drivers instead of in private cars, and allows users to share their ride details to be tracked by someone they trust.

Paying is also easier than much of the competition, allowing the use of both cash and credit cards through the app.

In the transportation wars of China, there’s a clear winner: Didi Chuxing.

Present in hundreds of cities around the country, Didi offers not only cab-hailing services, but also carpooling, personal drivers, and cars suited for riders with disabilities. The company is also investing in the development of self-driving cars.

Didi’s dominance of the market is unquestionable, so much so that Uber gave up trying to compete in China, and sold its operations there to Didi in 2016.

Not content with its massive home market, the company has expanded beyond China as well, acquiring Brazilian ride-hailing company 99Taxis (below) and operating under its own name in Australia, Colombia, Chile, Japan, and Mexico.

France is one of the countries where Uber is simply unavailable, after legislators banned it in 2015. There are several alternative cab-hailing apps in the country, though, with LeCab being one of the biggest.

LeCab offers service in over 20 cities in France, with an ever-growing fleet of locally-made Peugeot 508’s. The app offers some interesting features, such as fixed price rides, flat-rate airport transfers, scheduled bookings, and even being met by your driver with a name card at the train station!

Gett, formerly known as GetTaxi, was born in Israel and although that’s still its primary market, the company is slowly expanding around the world. You’ll now also find it operating in 120+ cities across the UK and Russia, and it’s entered into a strategic partnership with Lyft in the US.

Gett focuses more heavily on the corporate market than its competitors, with management portals and invoicing tools to make life easier. There’s still plenty to offer private customers, though, or at least those who prefer licensed cabs to private vehicles.

Based in Southeast Asia, Grab has indeed “grabbed” attention, turning into a transportation and financial juggernaut along the way.

The app offers services in 500 cities across Indonesia, Malaysia (where it works under the name MyTeksi), the Philippines, Singapore, Thailand, Cambodia, Myanmar, and Vietnam. All drivers going through a pre-screening process before joining.

The main service, GrabTaxi, is classic taxi-hailing, but the app also allows for other types of transportation. These include ride-sharing (GrabCar), carpool (GrabShare), and even motorbike rides (GrabBike), which is a great option when faced with the congested roads of Saigon, Manila, or Kuala Lumpur.

Another Brazilian creation, 99taxis is still mostly confined within its country’s borders. If you find yourself in Rio or São Paulo, though, this is the best option for traipsing around the city if you’d prefer not to use Uber.

Payments can be made with cash, credit card, or through PayPal.

As Uber continues to wrestle with London authorities, alternative transportation options have started to gather attention. Hamburg-native Free Now (formerly, mytaxi) is one of the best known cab-hailing apps in the UK capital and 100+ cities across Europe, and has started to make a noticeable dent in Uber’s popularity.

The company relies on traditional black cabs, with drivers who, after roaming London’s streets for decades, know the city like the back of their hand. Elsewhere in Europe, the company also only uses licensed taxi drivers — there’s no private vehicle option here.

You pay through the app based on the meter, tipping as appropriate, and can schedule rides up to four days in advance.

Images via the respective companies and Didier Baertschiger (main photo). 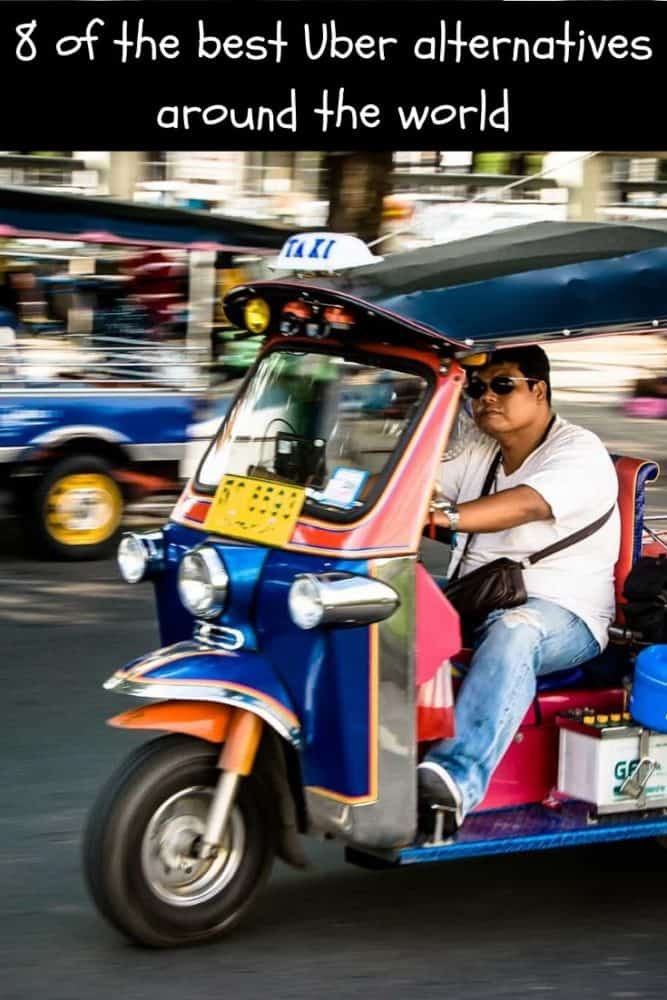