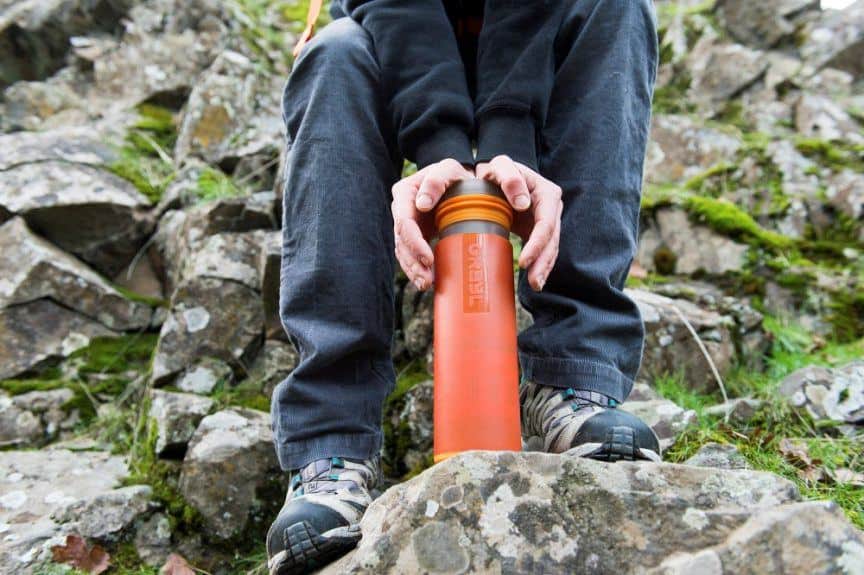 Travel water purifiers have a tough job. They need to be able to get rid of all kinds of nasties — chemicals, bacteria, viruses, cysts, metals, particulates, and more — and to do it in a simple, foolproof way. They have to be durable yet lightweight, big enough to purify a useful amount of water, yet small enough to carry easily in a day bag.

Done right, they’re good for your health, your wallet, and the environment. Done wrong? You’ll never take them on another trip.

GRAYL first came out with its coffee-press style purifier several years ago, and we included it as one of our picks for the best water purifiers for travelers soon after.

It fitted most of our criteria for shorter trips, getting rid of 99.999+ percent of the waterborne things that’ll make you sick on the road, in a compact, easy-to-use package. The company has since released an updated model, replacing the stainless steel outer shell with BPA-free plastic and dropping the price.

We tested two separate GRAYL Ultralight purifiers for several months, including in places where untreated tap water isn’t safe to drink. Here’s how it went.

Note: GRAYL has now released an updated version of this purifier, the UltraPress. It improves on the Ultralight in a number of ways, and is what we’d now recommend buying. You can read our full review of the GRAYL UltraPress here.

At first glance, the GRAYL Ultralight looks much like a normal water bottle, the kind of thing you’d take to the gym or on a run. It feels slightly heavier than you might expect due to the purifier cartridge in the bottom, but at 10.9oz (~300g) empty, it’s not excessive.

The filtered capacity is 16oz (473mls), which is on the low end for a travel purifier. The company also makes a larger version, the 24oz (710ml) GRAYL Geopress, if you need the extra size.

The GRAYL is straightforward in its design, which means fewer parts to break or lose. There’s a colored outer plastic shell, with a line to mark the maximum fill point, and an opaque inner shell that slips inside. The cartridge screws onto the bottom of the inner shell, and there’s a standard screw-top lid for the top. You can attach a carabiner or cable to the lid if you’re so inclined.

The purification process is straightforward, and takes around 15 seconds. After removing the inner shell, fill up the outer shell from any nearby water supply. The company says the GRAYL can use virtually any freshwater source, but suggests using the cleanest water you can find. Sediment is filtered out, but it reduces the life of the cartridge.

It’s also important not to let the cartridge freeze, something to bear in mind if you’re in particularly cold conditions or have an overactive fridge in your hotel room. It can handle it once or twice but needs replacing after that, so it’s best not to let it happen at all.

After filling the outer container, you simply place the GRAYL on the ground (or at least below knee level), insert the inner shell, and use your body weight to push down on it firmly and steadily until it reaches the bottom. The suspect water is forced through the cartridge, leaving a clean supply inside the inner shell.

Like any good purifier aimed at travelers, the device filters out viruses, bacteria, and protozoa/cysts. It also deals with several chemicals and metals, as well as dirt and other sediment. The cartridge is good for up to 40 gallons (150 liters,) which equals three times a day for a bit over three months.

So that’s the theory, but how does it work in practice? We put the GRAYL to the test, in both “easy” conditions to make sure it worked properly, and while traveling in a country where tap and other water sources were suspect.

The GRAYL arrived pre-assembled, with a two-page quick start guide that outlined the basic approach. That guide was worth reading, as there were a bunch of tips that were actually useful.

I filled a glass with tap water from the faucet in Portugal, then filled the GRAYL’s outer container to just below the marked line, inserted the inner sleeve, and placed the purifier on the floor. With the lid off, I used my body weight and both hands to push the inner sleeve down. Sure enough, within around 15 seconds, almost all the water had passed through the cartridge.

The instructions suggest keeping the lid on, unscrewed a quarter-turn, to reduce hand fatigue and the risk of cross-contamination. That worked well, but the quarter turn is important. If the lid is screwed on too tightly, pushing down becomes much more difficult, and can create enough pressure to send untreated water back up and out the top of the container. Not ideal.

The treated water passed the taste test with flying colors. I never really thought the tap water in Lisbon had much of a taste, but comparing the two side by side, there was a noticeable difference. The water from the GRAYL resembled bottled water, with no discernible flavor.

Of course, filtering a home water supply is one thing, but chances are you’re planning on traveling further than your kitchen. Lauren bought a GRAYL of her own earlier this year, and took it along on a two week trip to Mozambique. The tap water there isn’t safe to drink, so it was a good real-world test of how well the purifier worked.

She used it multiple times a day throughout the trip, typically filling from the basin in her hotel room, and on one memorable occasion, from the showerhead in a beachside bungalow. It did the job perfectly, giving her taste-free drinking water as needed, without any stomach upsets or other health problems.

Pushing the inner sleeve down required all her strength. At barely 100 pounds, if she can do it, most other adults should be able to as well, but it could prove difficult for children.

The only downside was likely the most obvious one: 16oz of water isn’t enough to last a full day, especially in hot conditions. That’s not such a big deal if you’ve still got access to running water while you’re out and about, but it’s a problem for travelers and hikers who don’t.

The company realizes this too, suggesting the use of a hydration bladder or collapsible bottle to give greater capacity. It’s a simple answer, but does mean you’ll often need to find space for another piece of gear, albeit a small one, in your luggage.

As mentioned earlier, GRAYL also makes a larger 24oz model, the Geopress. If you want to purify and carry more water, it’s worth considering that model instead, since it works in the same way and includes a spout that makes it easier to drink directly from the bottle.

After weeks of testing, we’ve been impressed with the GRAYL Ultralight purifier. It does exactly what it says it will, in a durable, easily-transportable package. There are very few parts to lose or break, and as long as you’ve got some sort of freshwater supply and a little strength, creating safe drinking water is a quick, easy process.

At around two-thirds the price of the previous stainless steel model, it’s easier to recommend to even casual travelers. While we’d still like it to hold more water than it does, and cartridges could last a little longer than they do, both problems are easy to overcome. Drop a spare cartridge in your bag, keep a collapsible bottle handy, and you’ve got worry-free water almost anywhere.

The GRAYL will continue to be part of our packing lists whenever we’re traveling somewhere without safe tap water. Recommended. 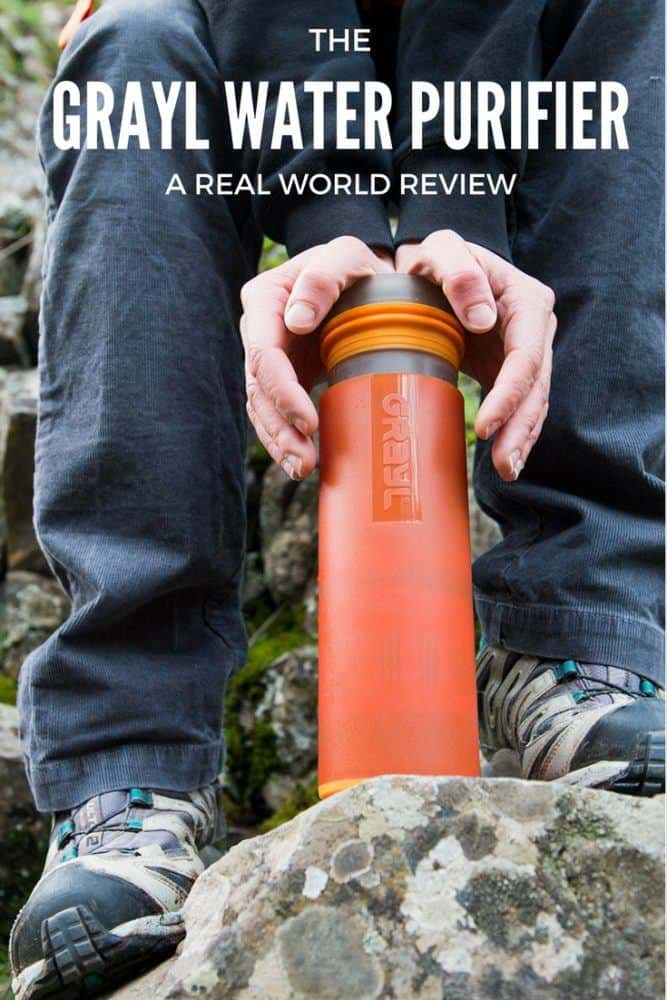