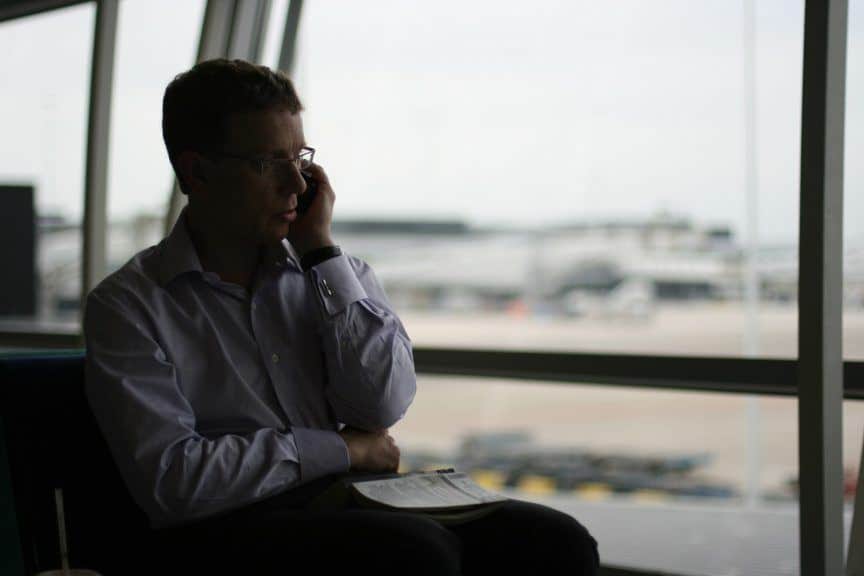 Update, 14 February 2018: KnowRoaming now offers hotspots and normal SIM cards, as well as the sticker I tested. Whichever you use, the company also gives you 30 days free use of WhatsApp for texts and calls around the world whenever you top up your credit. That’s a useful bonus.

Less useful, however, is a new expiry policy for unused credit — you’ll lose it after nine months, unless you top up again. That’s something to bear in mind if you only travel infrequently.

If you’ve read a few articles here in the past, you’ll likely know we’re not very keen on international SIM cards. They tend to have overpriced calling plans and expensive data, and give you a phone number that’s a pricey call for those at home and in your destination.

Canadian company KnowRoaming has an interesting approach, though, offering a sticker that attaches to your existing SIM card to provide international roaming services. As long as you have an unlocked phone, the service automatically switches on when you’re overseas, and off again when you return home, without you needing to do anything.

I’d never heard of the concept, so when the company offered to send me a sticker for an upcoming trip to Spain, I had to take a look.

My “SIM sticker” arrived inside an applicator mechanism, along with a set of instructions. I expected the process to be messy and difficult, but it turned out to be neither. The company has invested some time in ensuring this, the most difficult part of the process, works as flawlessly as possible.

I simply removed a plastic adapter from the applicator, put my existing microSIM inside and replaced the adapter, before pushing down with the supplied ‘plug’ for about thirty seconds. After peeling off the plastic strip on the other side, a sticker was attached firmly to the metal tracks on my SIM card.

There are videos on the company’s site that take you through the process in detail, but it really wasn’t too complicated. I put the card back in my phone, turned it on and … nothing had changed. Given I was still in my ‘home’ country of the UK, that was a good thing – I just continued to use my existing service for the rest of my time there.

I downloaded the KnowRoaming app, registered an account with my details, then forgot all about it for the next few weeks. 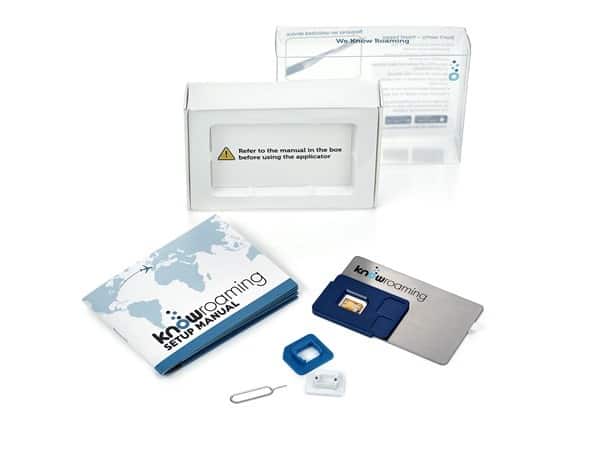 KnowRoaming offers more roaming services than I’d expected. You get a US number for free with the service, so local callers don’t need to pay international rates to reach you there. You can buy numbers in several other countries, too, for around $3-$6/month, and receive calls on them whether you’re at home or abroad.

There’s a “ReachMe” service, that forwards on calls (but not texts) made to your usual number. The cost varies quite a bit depending on your home country – the company says between $3 and $14/month. If you’re from the US, though, it’s free. If you want to send and receive SMS, the company advises giving out your free US number. Text messages sent to those are forwarded on.

If you live in the USA, Canada, United Kingdom, Australia or South Africa, you can also use the service at home for cheaper international calling rates than what your usual carrier offers.

Unlike some of its competition, KnowRoaming is upfront about its costs. In Spain, for instance, it costs me 14c to send an SMS to anywhere, and it’s free to receive the reply. Making and receiving local calls costs between 7c and 13c per minute, and calling the US is about the same.

Those prices aren’t unreasonable, although it’s worth noting that some destinations do cost a lot more. It’s always worth checking the rates beforehand – thankfully you can do that from within the app as well as on the site.

Data is usually the weak point of any roaming solution like this, and to some extent it’s the Achilles heel here as well. Casual rates here in Spain are 15c/MB, or you can pay $7.99 per day for unlimited use in around fifty countries.

The all-you-can-eat rate might be justifiable for short trips, or if you’re sharing the cost and connection with other people. It’s nice to see at least an attempt to let customers cap their costs. For longer stints, though, you’re still looking at either paying nearly $60/week or carefully managing your data usage if you want to stay connected. 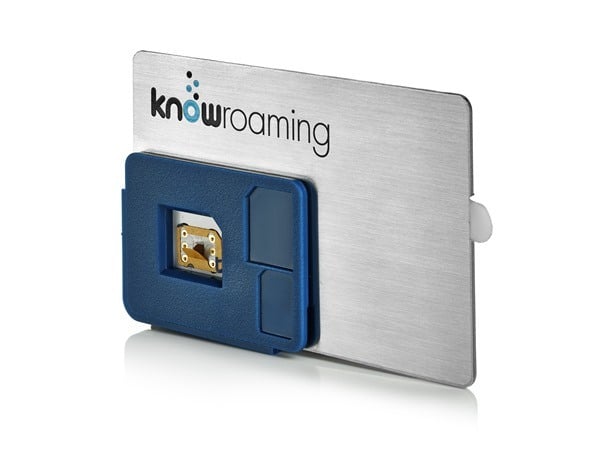 I landed at Malaga airport and switched on my phone just before customs. By the time I’d collected my bag, I had service on the Vodafone network, but no Internet connection. Tapping the ‘Tap if No Data’ icon in the app gave instructions for entering the right APN settings, and a minute later my phone was busy popping up notifications.

As I wasn’t planning on using much data that day, I decided just to switch it on and off as needed. That approach worked fine, letting me navigate my way onto and off a bus into downtown, and check email occasionally on the trip to Granada.

When the code to my Airbnb apartment didn’t work, I first tried sending a text, and then calling, the landlord to come and let me in from the cold. He didn’t receive the text, but the call went through fine.

KnowRoaming uses a callback system in some countries, including Spain. You dial the number and the system hangs up, then calls you back to make things cheaper. It only added a few seconds, and call quality was perfectly acceptable.

Over the next few days I did much the same thing when leaving the house. I’d switch data on for a few minutes every hour or two to check emails or navigation. Between that and making a couple of phone calls, I used five dollars of credit in the three days before I got around to picking up a local SIM.

I also asked a friend to call me on the free number I’d been given, and call quality was very good. It was certainly no worse than any other international landline to mobile call, and better than VoIP systems like Skype.

Service was always reliable. Other than the little icon in the corner of my phone screen, I wouldn’t have known I was using anything other than a normal connection.

So, the verdict. Overall, setup was simpler than expected, and having a working phone when I arrived in Spain saved me a lot of standing around in the cold. Free extras like WhatsApp usage and a local US number are a bonus, and being able to receive calls made to any of your KnowRoaming numbers, no matter where you are, is useful for business travellers.

Having clear, accessible pricing is a nice change. If you’re not planning on making many calls or using data all the time, the service costs aren’t too bad. The SIM sticker itself runs a little under $30, with $10 worth of credit.

It’s a shame the service still needs an unlocked phone to work, although hardly the fault of the company. It’d be a complete game-changer if you could slap a sticker onto the SIM of a locked phone and use it overseas to avoid being gouged by your usual carrier, but for now, you’ll need to use a mobile hotspot instead.

As it is, I see this service being most useful for those who travel regularly, with limited data needs or who spend less than a week at a time in a country.

For longer stays, picking up a local SIM is still a more cost-effective option. Even then, though, if you can’t buy one at the airport, it’s still nice to know you can use the KnowRoaming option for as long as you need it.

I’m more impressed by the KnowRoaming solution than I expected to be. If you have an unlocked phone, or can convince your carrier to unlock it for you, it’s actually worth considering. Given how jaded I am by international SIM cards in general, I don’t say that lightly.

The relatively-high data costs mean it’s not perfect for everyone, especially those on lengthy trips, but it’s surprisingly useful for many.

Main image via Kim-Leng, others via KnowRoaming