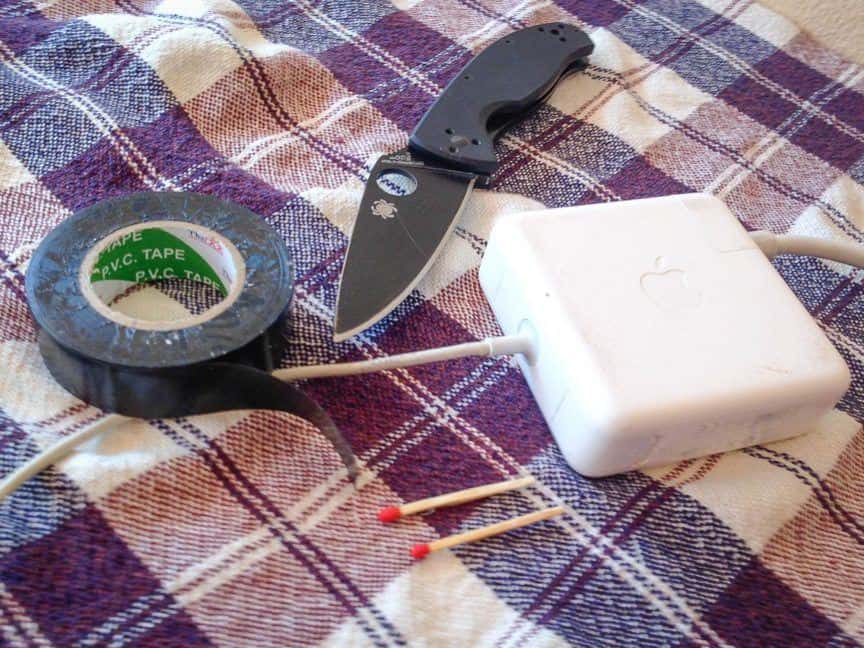 I was in Varanasi, India, overlooking the sacred Ganges River when I noticed my Macbook Pro’s battery dropping. This happened quite often — it was three years old, and I’d beaten the hell out of it for at least two of those.

I pulled my charger out of my pack… and was broken-hearted to see that only the thick portion of the cord and the brick came out. The thin section of cable that ran from the brick to the laptop had torn off, and remained firmly inside the pack.

As much as I love Apple, it often does tend to lean towards form over function, and the Macbook Pro charger brick is a prime example of this.

The wire that runs to the power outlet is thick and robust. The line that runs to the laptop, though, is not. It’s thin and flimsy, with no support where it exits the brick. It takes a lot of strain and wears out quickly right in that exact spot.

Because the wiring is of a tubular construction, we can’t just splice it like a normal PC cord. I’ve gone through two of them this way in three years. Heavy use, sure, but it’s a portable computer after all.

I was horrified and panicked, but after some searching I found a local PC vendor with a very limited stock of Mac goodies, one of which was a brand-new power brick. For only $129, he would sell it to me. They were $69 at the time in the US but hey, beggars can’t be choosers.

To avoid having the same problem a few months later, I decided to work up a little hack to take the strain off that one weak spot. A toothpick and duct tape lasted about one week before it fell apart. My current hack is holding up well, however, and only takes about five minutes to complete.

You’ll need a knife, electrical tape, and a couple of matchsticks or something similar to use as a splint. We want to brace the section of cable right where it exits the power brick, to reduce wear and tear.

You can see this six-month-old cord is already developing a bulge: that’s where it will break if we don’t do something about it.

Taking a small piece of electrical tape, I cut the heads off the matchsticks and put them on each side of the cord. Wrap electrical tape around them as tightly as you can — the stretchiness of this kind of tape really helps.

Take another piece or two and continue to wrap tightly along the cable, all the way past the matchsticks.

Now, to keep the things really secure, I recommend creating a small, loose loop in the thin section of cable, and tightly taping it to the larger section.

Small cable ties work for this as well, but don’t pull them too tight — it’s possible to crush the small cable if you’re not careful. This also makes for a great spot to hold onto when you’re wrapping the cables up to put in your bag, helping keep the strain away from problem areas.

Add a velcro cable wrap for the rest, and you’re good to go. It isn’t pretty, but it just may save you the freak-out I had on the banks of a holy river in India.

Wes Nations is the founder of Johnny Vagabond - Around the World, Low and Slow. He's 4 years into a 1-year-trip and is traveling cheap, taking pics and doing the stupid stuff so you don't have to. 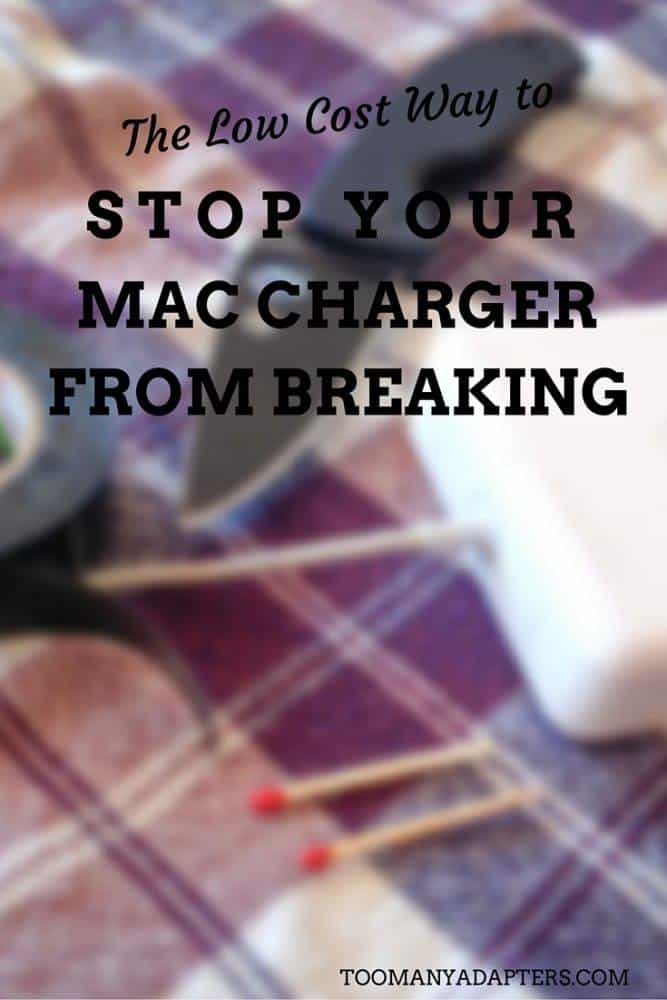