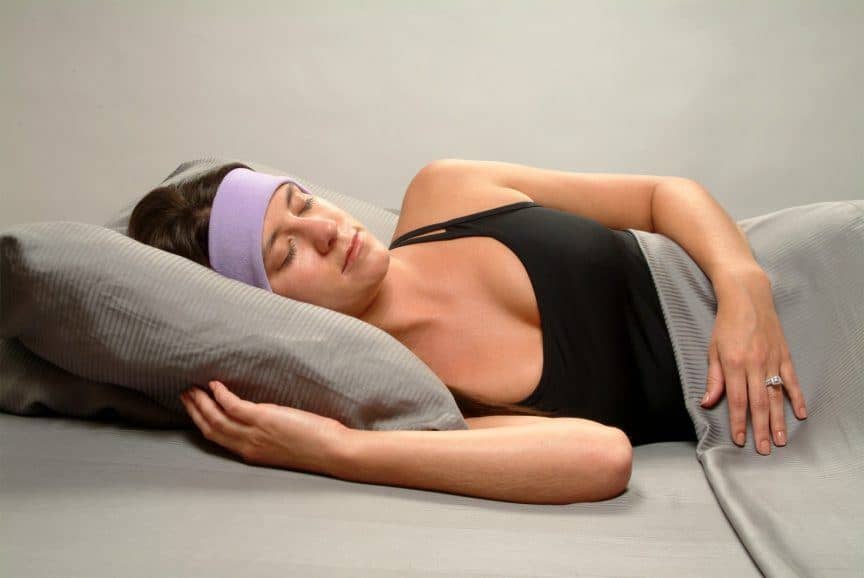 Drunk dorm mates, honking horns, thumping bars, all-night music videos on Cambodian buses. Whatever the source, noise can cause major sleeping problems when you travel, and there’s usually not much you can do to stop it.

I typically resort to foam earplugs, which are cheap and effective at blocking out most of the sound, but they do have a tendency to fall out during the night. If they don’t, I usually wake up with painful ears in the morning.

Silicone and wax ones are a little better, but they seem to end up in a pretty disgusting state if I use them more than a couple of times. Given I’m on the road all the time, it’s not practical or cost-effective to keep replacing them.

When I used to live in an apartment with lots of road noise a few years back, I drowned it out with music or podcasts from a bedside speaker. That’s not very practical to travel with, especially when in shared accommodation. I’ve missed being able to drift off to sounds a little more soothing than someone snoring in the top bunk.

I did try sleeping with earphones in now and then, but they soon fell out, plus, lying on them was uncomfortable.

The SleepPhones take a different approach to solving these problems. They look like a standard fleece headband, the kind of thing you’ll see joggers wearing on a cold day. The company actually sells a version designed for runners called, shockingly enough, RunPhones.

Embedded inside is a pair of flat speakers, and a thin cable extends out the back with a standard 3.5mm plug on the end. There’s also a Bluetooth version with an 8-12 hour battery life, which removes the need for a cable.

The company sent me a set of standard SleepPhones to check out, and I was initially quite sceptical of how well they’d work. I was also unsure if I’d still have a girlfriend when she woke up to see that I’d worn a headband to bed.

Still, sometimes one needs to make sacrifices in the name of science, and this was one of those times. I plugged the cable into my phone, lined up some soothing music and pulled the band over my head.

The first thing I noticed was the speakers didn’t quite line up perfectly with my ears, which meant a quieter volume on one side. It only took a few seconds to fix, though. The speakers can move within the SleepPhones, which makes them easy to adjust while ensuring they don’t slide out of place during normal use.

The fleece itself doesn’t do much to muffle external sound, so you’ll be relying on your music choices to block out whatever’s around you. The manufacturers view this as a feature — you still want to be woken up by your alarm clock — but it’s something to bear in mind.

If the noise you’re trying to block out is extremely loud, you’ll need to turn the music up to a point where it may keep you awake anyway.

Sound quality was reasonable rather than incredible. Bass and midrange notes were present, but not strongly so, and the experience was similar to wearing a set of cheapish headphones.

You’d be unlikely to complain about the quality, given the aim is to fall asleep rather than pick out individual notes of a Mozart symphony, but they won’t be replacing my trusty earphones any time soon either.

When using the SleepPhones for their intended purpose, I was impressed. Picking a less-stimulating podcast to listen to, my phone volume only needed to be around 20% or less in a quiet room.

Initially there was a little sound leakage, to the extent my girlfriend was able to just hear it. Turning it down slightly eliminated that problem, while still leaving enough volume to drown out ambient noise.

I fell asleep in a few minutes, and didn’t wake up again for several hours. I’d chosen to put my phone under my pillow, which seems the most logical place. The cable is only four feet long, so you could drag it off a bedside table if you rolled over in your sleep. If that’s likely to be a problem for you, there’s always one of the wireless models instead.

As the sun peeked through my window the following morning, I discovered another feature of the SleepPhones: the band also works as a sleep mask. Only a little light came in around the bottom, and it kept things dark enough to sleep in all but the brightest of rooms.

Best of all, although it was hinted that I looked a little like a napping John McEnroe, my girlfriend hadn’t walked out by the time I woke up in the morning. Success!

If all you’re looking to do is drown out occasional unexpected noise as you travel, just throw a few pairs of earplugs in your bag and put up with the discomfort.

If it’s a regular problem, however, or you’d just prefer to fall asleep to music without waking up whoever you’re sharing a room with, the SleepPhones are a good choice.

Being able to use them as an eye mask is a definite advantage, as is the fact they’re machine-washable if you take the speakers out first. They’re useful enough to justify their place in your suitcase.

SleepPhones are available from Amazon or the manufacturer, in a small range of colours and sizes. 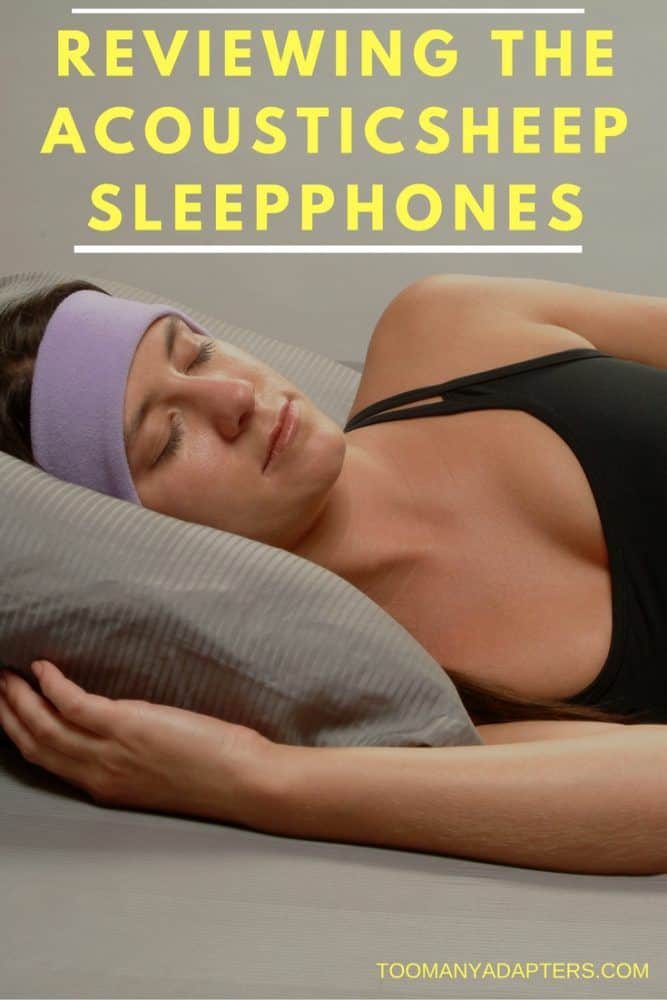