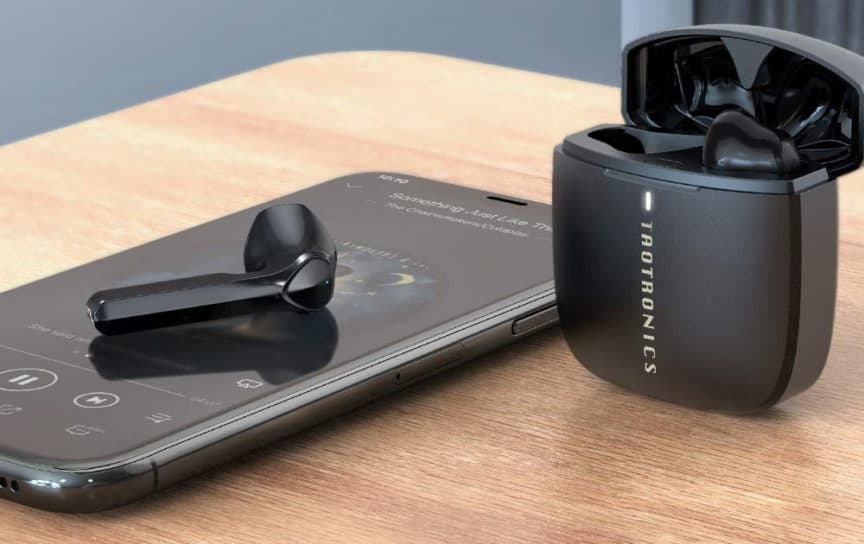 From being a new and exciting product three years ago, wireless earbuds are now as common as rain showers during an English summer. Apple’s done its part there, of course, but many other manufacturers have their own spin on listening to your favorite tunes without the need for cables.

Taotronics has been making decent low-cost audio gear for many years. I’ve had one of the company’s little Bluetooth speakers since 2016, and it still gets fired up every time I light the BBQ or have a picnic in the park. The company has jumped on the wireless earbuds train lately, and sent out its latest model for me to take a look at. 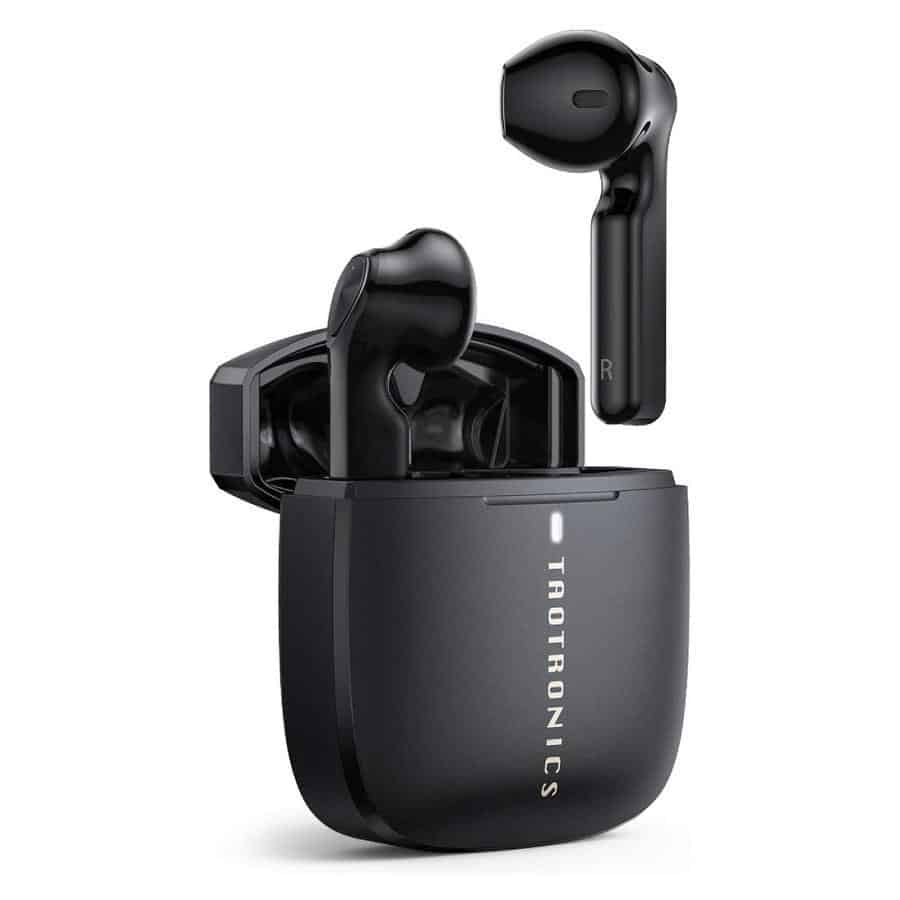 The Taotronics SoundLiberty 92 wireless earbuds fall squarely into the budget category, with similar design and specifications to other low-cost models.

The earbuds use Bluetooth 5, making them compatible with a wide range of devices. They’re “true wireless,” which means there’s no physical connection between either the earbuds and your device or the left and right buds themselves.

In terms of durability, the SoundLiberty 92’s are listed as having an IPX8 rating. That’s surprisingly high for budget earbuds, suggesting they’ll handle full immersion in over 1m of water. The marketing material only talks about sweat and rain, however, so I personally wouldn’t choose to go swimming with them.

Controling playback is handled by a variety of taps on the left or right earbud. Play/stop, volume, answering/declining/hanging up calls, and skipping tracks are all possible direct from the earbuds. You can also enable your device’s voice assistant (Siri or Google Assistant) by tapping and holding one of the earbuds.

There’s no noise cancelation, and not much in the way of higher-end features. You can, at least, choose to use one or both earbuds simultaneously, letting you charge one and use the other if you like.

When it comes to battery life, the company says you’ll get up to five hours runtime from a single charge of the earbuds, and up to another 25 hours from the battery in the case. Previous experience with budget earbuds suggests “up to” is often the key phrase.

The earbuds arrived in a small orange box that contained pretty much exactly what you’d expect: the earbuds inside their case, a short USB C charging cable, a brief quick-start guide and a larger instruction booklet.

What wasn’t inside the box, however, was the collection of silicon tips that you often find with wireless earbuds. There’s less need for them since the earbuds are designed to sit in your earlobes rather than fitting snugly inside the ear canal, but that’s at the cost of any real noise isolation.

The nondescript black case has little beyond a charging port on the bottom and LED on the front, and is small enough to slip easily into a pocket. The lid on the top flips open to reveal a molded enclosure for each earbud, with charging pins visible at the bottom.

The earbuds themselves are also black, with a long, flat stalk hanging down that clearly takes its design inspiration from Apple’s original Airpods, if not the premium look and materials. The glossy plastic exterior looks quite cheap, and the large stalks are anything but subtle.

Pairing was very quick, with a disembodied voice cheerfully telling me when each earbud was connected. Some earbuds go completely overboard with voice prompts but these ones are quite restrained, only advising of pairing, connection/disconnection, low battery, and call rejection.

The lack of noise isolation immediately suggested the SoundLiberty 92’s wouldn’t be my first choice for noisy environments, and so it proved to be. When a helpful neighbor decided to start up a chainsaw next door, I popped the earbuds in to see how much sound they blocked out. Not much, was the answer.

I headed out for a walk later that day, in search of both a little exercise and quieter surroundings. In a less hostile audio environment, I was able to listen to podcasts and Spotify playlists at around half volume most of the time, pushing it up to two-thirds when wind noise became an issue in a large park.

The best word to describe the audio quality is “inoffensive.” There wasn’t much bass, but the sound was better than many other budget earbuds I’ve used, wired or wireless. You’re not going to be immersing yourself in the subtle guitar nuances of Hotel California while wearing these, but you’re not going to be ripping them out of your ears in disgust either.

Making calls outdoors, however, wasn’t great. The person on the other end could barely make out what I was saying, my voice both quiet and heavily distorted, with a lot of wind noise. I could hear her just fine, but conversations typically aren’t one-way streets. We gave up after less than a minute.

Back home, we tried again. The call quality was better, but the microphone continued to pick up every unwanted sound and movement, and speech was still distorted at times. Overall I’d say that making calls is (just) possible when you’re indoors and sitting down, but not in other situations.

On the upside, the Bluetooth 5 connection was rock-solid. In two hours of wandering around with my phone in my pocket, the audio never stuttered or dropped out. The maximum connection range is a nominal 50 feet/15m, and audio stayed stable and stutter-free with my phone at one end of my (small) house and my ears at the other.

Poor range and frequent dropouts have long been a problem with wireless earbuds in the past, so I was honestly surprised how good the connection was.

Despite the hard plastic casing, I was able to wear the earbuds for a few hours without discomfort, mainly because they rested lightly inside my earlobes rather than putting pressure on the ear canal. This also made them relatively easy to dislodge with an accidental nudge, but as long as I didn’t flick them, they stayed in place as I walked around.

It took a few minutes to memorize the touch controls, but they worked well enough after that despite occasionally failing to register a tap.

Turning to battery life, I managed five hours and 15 minutes of playback before getting a warning from the right earbud that it was time to recharge. It shut down eight minutes later, at the same time as the left earbud started to complain about low battery. It lasted another seven minutes before it, too, powered off.

That duration will vary somewhat based on how loud your audio volume is, but getting longer battery life than advertised is always a welcome surprise. Less impressive was Taotronics’ suggestion that you’ll also get an hour of listening from five minutes of charge. They lasted less than half that in my testing, with the second earbud turning off after 24 minutes.

Unfortunately I can’t tell you how long they take to fully charge: while the charging light on the case will go out when it hits 100%, there’s no similar indication of when the earbuds themselves hit full capacity.

There’s also no way of turning the earbuds on and off other than taking them in or out of the case. They’ll automatically shut down if the Bluetooth connection drops for ten minutes, but won’t power up again until they’re inserted and removed from the case. In short, don’t go out without the case unless you plan to use them the entire time.

So, overall, how do I feel about the Taotronics SoundLiberty 92’s? For what you’re paying, I think they’re a perfectly competent, if not particularly attractive, pair of wireless earbuds.

Even if they were black rather than white, there’s no way anyone is going to mistake these for the latest Airpods. The stalks in particular are large and bulky, and there’s been a clear focus on function over style. That aesthetic alone may put some potential buyers off.

Of course, while these don’t look like the latest Airpods, they’re not priced like them either. If you simply don’t have Apple’s $159+ asking price to spend on wireless earbuds, these typically cost around a quarter as much and provide noticeably more than a quarter of the value.

Battery life is better than advertised, they’ll handle at least some amount of liquid, and stay connected much better than some models I’ve used that cost far more. They’re comfortable enough to wear for a few hours, and in general, do what the marketing material says they will. That doesn’t sound like a high bar, but when it comes to budget wireless earbuds, it really is.

You’re not going to get excited by the sound quality, but you’re unlikely to hate it either. Audiophiles will definitely want to look elsewhere, but they’ll also be paying far more for whatever they end up buying.

Don’t choose these earbuds for making phone calls: you (or at least the people you talk to) will almost certainly end up disappointed. As a way of listening to music or podcasts on the go and on a budget, however? They do a good job for the money.

Main image via Taotronics, comparison with Airpods Pro via author 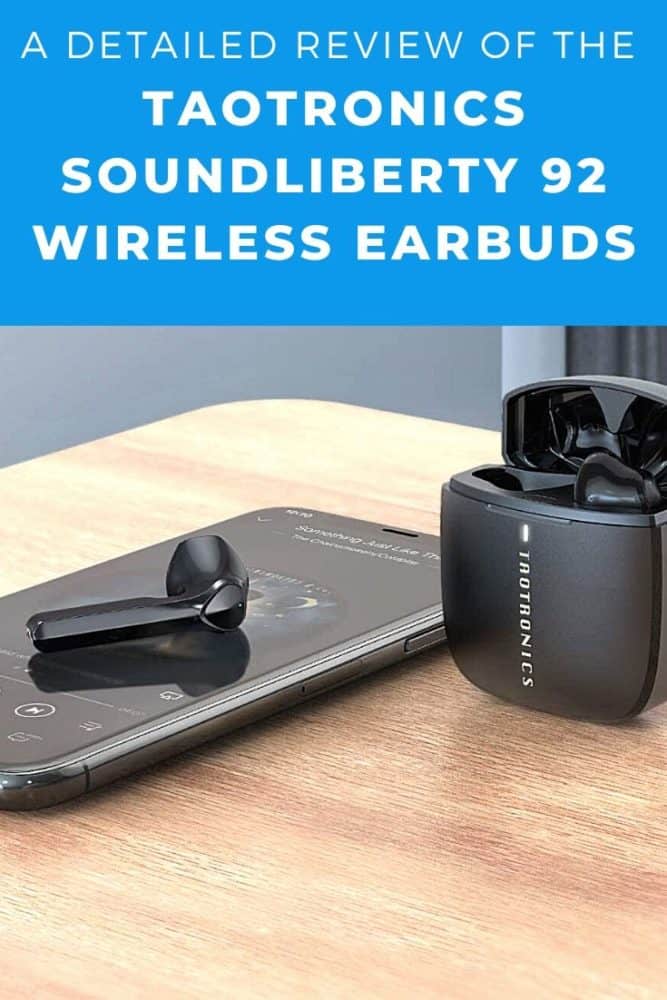