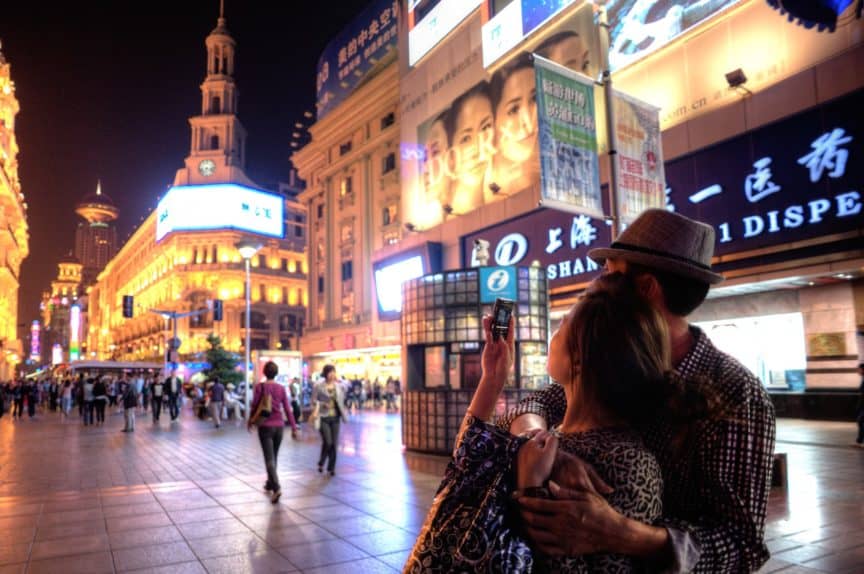 If you’re planning a trip to China, you’re probably already aware of the “Great Firewall of China.” In simple terms, the GFW is the vast system — both technical and legal — that allows the Chinese government to regulate and censor the Internet within the country.

To most travelers, the GFW seems very frustrating, and can even discourage people from visiting the country altogether. Thankfully, though, you can get usually around the restrictions with a small amount of effort, especially if you plan in advance. Here’s what you need to know.

Got travel insurance for your trip to China yet? A good policy can cover you for all kinds of sticky situations, from medical emergencies to canceled flights, theft, lost luggage, and more. We’ve been using World Nomads for over a decade.
Table of Contents show

Why Does China Have the Great Firewall?

In the 1980s, former Chinese leader Deng Xioping famously stated: “If you open the window for fresh air, you have to expect some flies to blow in.” It was his belief that China would encounter greater outside influence as the country’s economy developed, which was a concern for government officials.

The internet became widely available in China in the mid-1990s, and by the end of that decade the government had launched the Golden Shield Project. This was the collective name for a series of projects related to surveillance and security, including the Great Firewall of China.

The Great Firewall serves many purposes for the Chinese government. First, censorship allows the government to at least partially control the flow of information into the country. The Chinese internet sticks to the party line, reinforces the government narrative, and silences dissenting voices.

Second, the GFW has fostered an economy that promotes homegrown Chinese companies. With global tech giants banned or strictly regulated, Chinese companies can flourish in their place, often mimicking and optimizing their strategy for the Chinese market.

Note: The GFW is not in effect in the Special Administrative Regions such as Hong Kong and Macau, but Chinese authorities likely still closely monitor traffic from these regions.

How Does the Great Firewall Work?

The Great Firewall of China is a vast, sophisticated system, but from a user’s perspective, it functions in a straightforward manner. If you try to access blocked content in China (eg: Facebook) the website simply doesn’t load.

It will appear as if the website is continually attempting to load. You won’t be informed that it’s censored, but the message is clear: you’ve been blocked by the Great Firewall.

So, how does the GFW actually work? There are many methods employed by Chinese authorities. While you don’t need to understand them in order to bypass them, it’s useful to know what’s happening behind the scenes. Here’s a quick look at some of the most common methods:

How to Get Around the Great Firewall of China

The easiest way to get around the Great Firewall of China right now is to use a virtual private network. With a VPN, you can anonymize your identity online by “spoofing” your location. While you may be in Shanghai, you’ll look like you’re in, say, Sweden or the United States.

From the technical side of things, VPNs create a private network for you to use within a public network like the internet, hiding and securing the data you’re sending and receiving. That data is encrypted, which means the contents can’t be viewed by anyone in the middle, including in this case the Chinese government.

Here’s how to get set up.

Sign up with a VPN Service Before You Go

Once you’re in China, it’s much more difficult to install a VPN. The websites where you sign up and download the software tend to be blocked, and most VPN apps have been removed from the Chinese iOS app store. Make sure you get set up before you go.

ExpressVPN is regularly touted as the best way of getting around the Great Firewall of China, and costs from around eight bucks a month, with a 30-day money-back guarantee. The company has 2000+ servers in 160 locations across 94 countries, and has been consistently rated as the top VPN service for use in China.

Compatible with a range of platforms as a stand-alone app or browser extension, you can connect up to five devices per plan. ExpressVPN is hands-down the most popular service for use in China, but there are alternatives that also typically work well. VyprVPN costs less, while AstrillVPN costs a little more.

Once you’ve selected your VPN service, download it for all the laptops, tablets, and smartphones you plan to bring into China. If you’re using ExpressVPN, take your pick from the apps for MacOS, Windows, Linux, iOS, and Android.

As well as installing it on your devices, it’s worth also using it as a browser extension for Chrome, Firefox, or Safari. When you use the ExpressVPN browser extension, it can not only change the perceived location of your IP address but spoof your HTML5 geolocation as well.

ExpressVPN also has instructions for setting up various brands of router so that all traffic goes via the VPN, regardless of the device it comes from. While that’s not so important for travelers who are only in the county for a few days or weeks, it’s well worth considering if you’re living in China for any length of time.

Note: VPN plans typically permit at least two or three devices to be used per subscription. Depending on how many devices you’re traveling with, you may not need to buy multiple plans.

Before leaving for China, test your VPN to confirm it works properly and that you know how to use it. To do this, access the VPN software via your device and/or browser, then choose which server you’d like to use. Be sure to connect to a country such as Iceland or Estonia that’s known for its internet freedom.

Once the VPN is running, try loading a few web pages. When using search engines like Google, you may notice some results appearing in the local language. That’s a good sign, since it confirms the site thinks you’re accessing it from the spoofed location.

If you’re particularly security-conscious, you can also test for VPN leaks, including DNS, IP address, and WebRTC information. ExpressVPN has an open-source testing suite, available on GitHub.

Tested your VPN and confirmed it works properly? You’re ready to go.

Will My VPN Always Work in China?

People in China circumvent the GFC for many reasons: conducting research, using foreign social media, checking out global trends, and more. Chinese club kids find creative inspiration on Instagram, while academics in China depend upon open internet access for their research.

The Chinese government is certainly aware that VPNs are commonly used. In a moment of absolute absurdity, Fang Binxing (the architect of GFC) even used one during a lecture in 2016! Historically, at least, VPNs have been sort-of tolerated in China.

Things are changing, however. The government has cracked down on VPNs since President Xi took office, and many have become slower, less reliable, and less easily accessible over time. As mentioned earlier, Apple even removed VPNs from its Chinese app stores in 2017. This means that even with the best efforts of VPN companies, what works today may not work tomorrow.

As a result, when it comes to bypassing the Great Firewall, it’s worth staying informed about alternative approaches. Tor browsers, decentralized VPNs that use blockchain technology, and ShadowSocks, an open-source proxy that functions differently than a VPN, are all potential solutions.

There isn’t one simple answer that’s guaranteed to work forever, but with so many people wanting access to a free and unrestricted Internet in China, they’ll always find a way!

Do you currently live or regularly travel to China? How do you get around the Great Firewall? We’d love to hear any tips or insights! 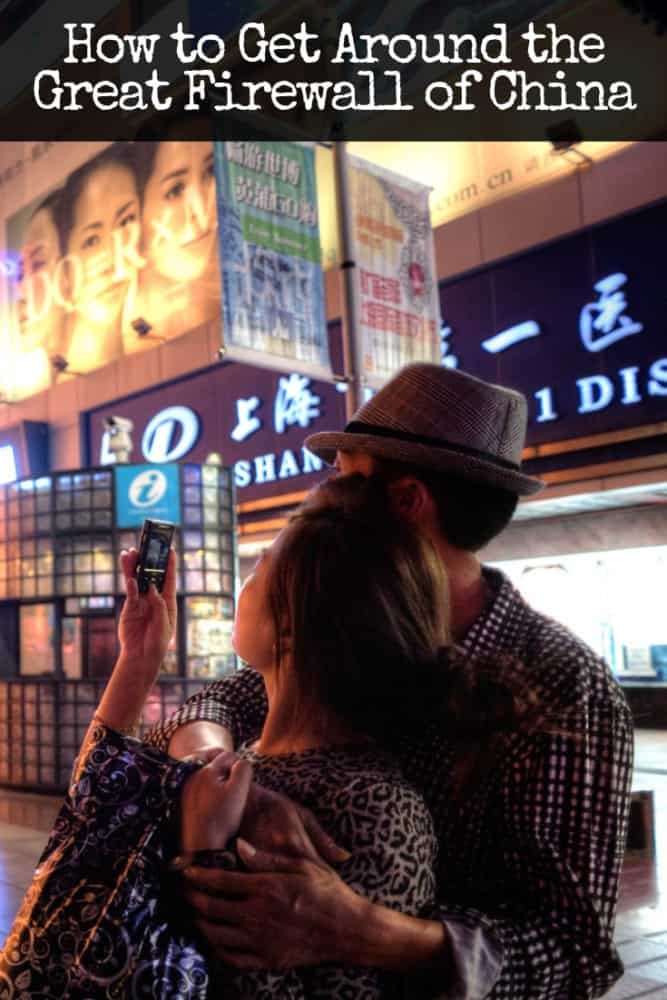